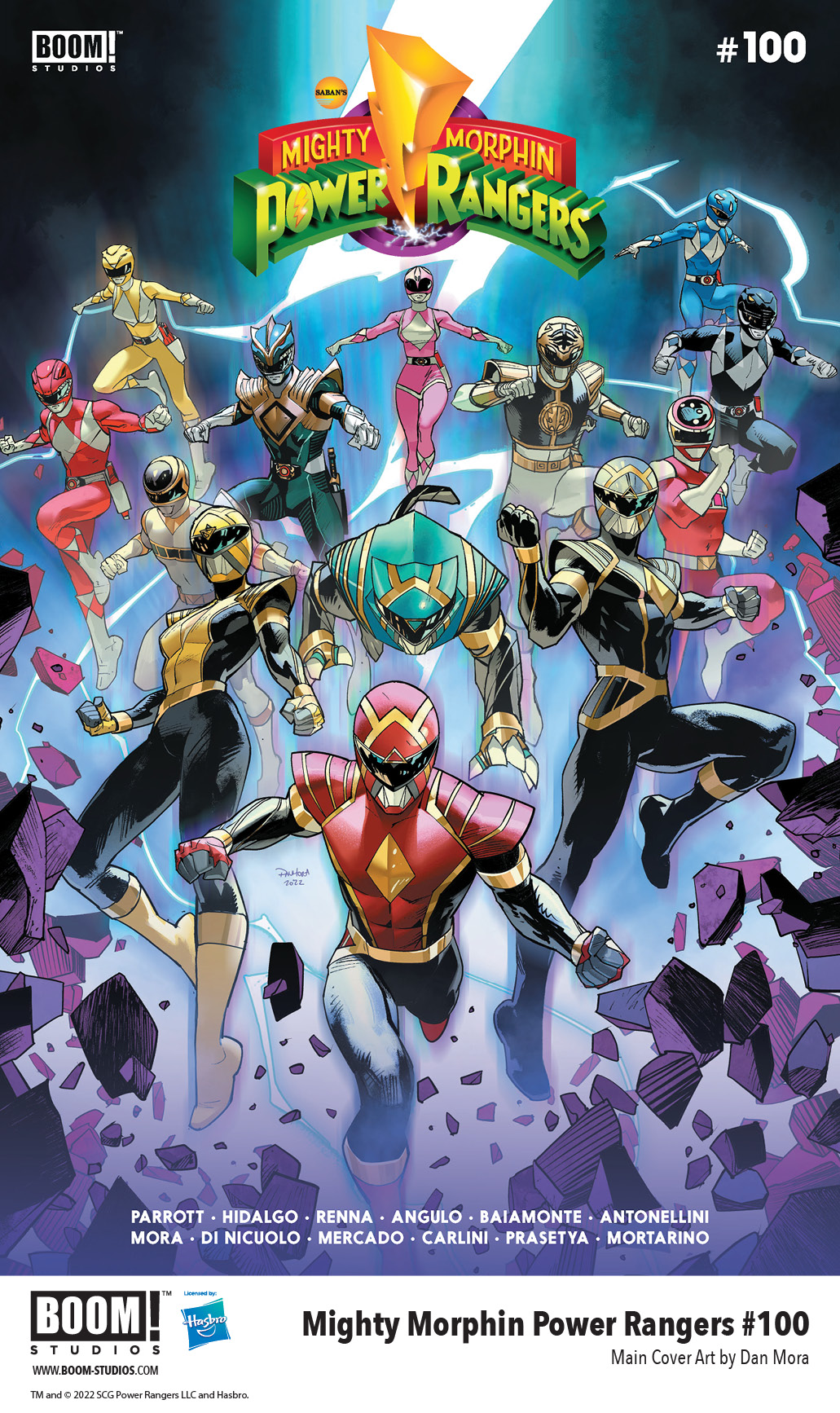 LOS ANGELES, CA (August 25, 2022) – BOOM! Studios, under license by Hasbro, Inc. (NASDAQ: HAS), revealed a first look at the historic milestone issue of the bestselling comic book series based on the global pop culture phenomenon with a special oversized issue, MIGHTY MORPHIN POWER RANGERS #100. The CHARGE TO 100 builds to a celebratory and shocking 100th issue from acclaimed writer Ryan Parrott (Mighty Morphin Power Rangers/TMNT), series artists Marco Renna and Moisés Hidalgo, with colorists Tamra Bonvillain and Matt Herms, as well as the return of several all-star fan favorites as guest artists on this epic culmination of a story years in the making, available in September 2022.

News of a deathly threat reaches the team—one that threatens every Ranger and everyone else in the entire Universe. As the climactic battle against unspeakable enemies unfolds, the lines between friend and foe blur, and difficult decisions await even the strongest of Rangers.

Print copies of MIGHTY MORPHIN POWER RANGERS #100 will be available for sale on September 28, 2022 at local comic book shops (use comicshoplocator.com to find the one nearest you) or at the BOOM! Studios webstore. Digital copies can be purchased from content providers like comiXology, iBooks, Google Play, and Kindle. 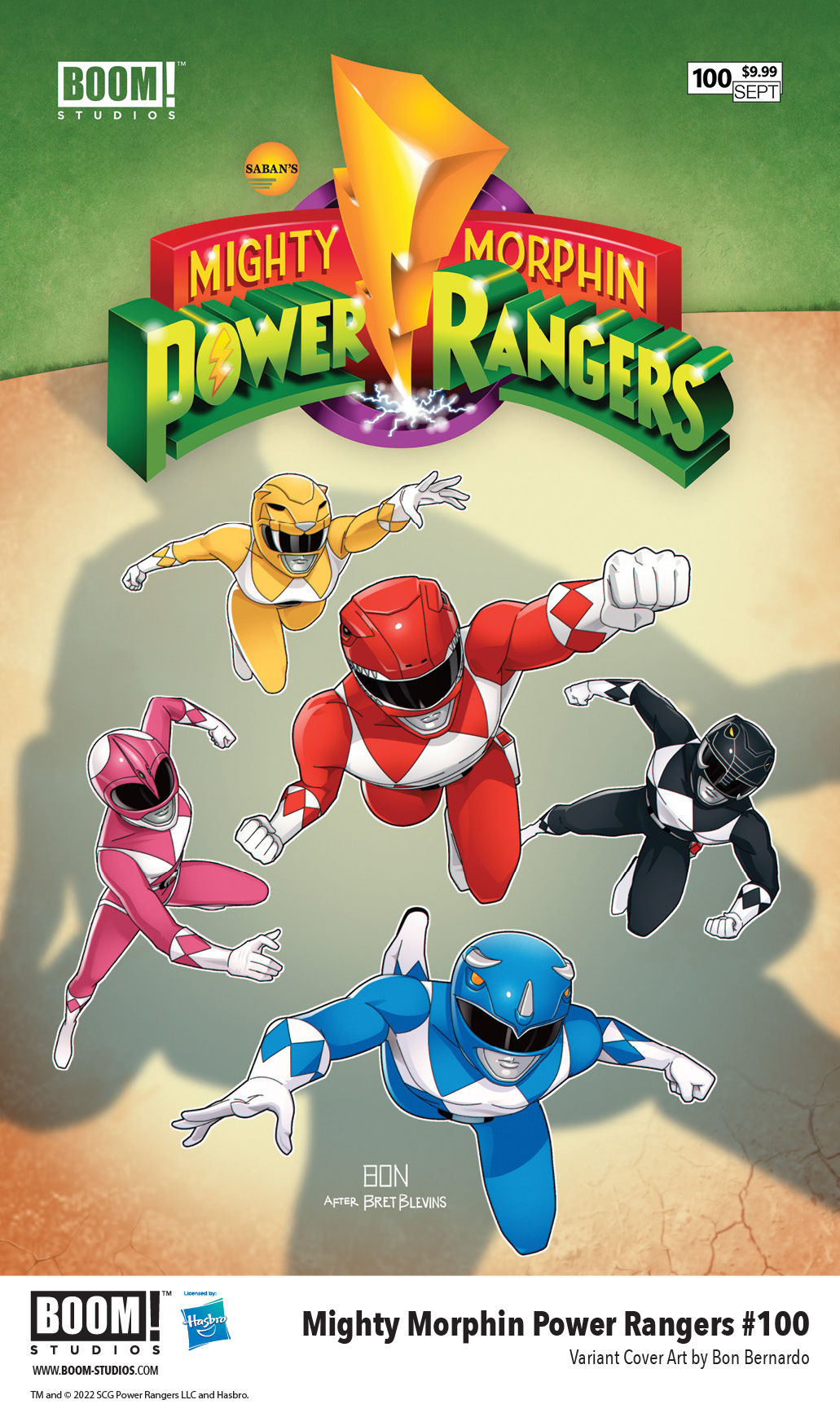 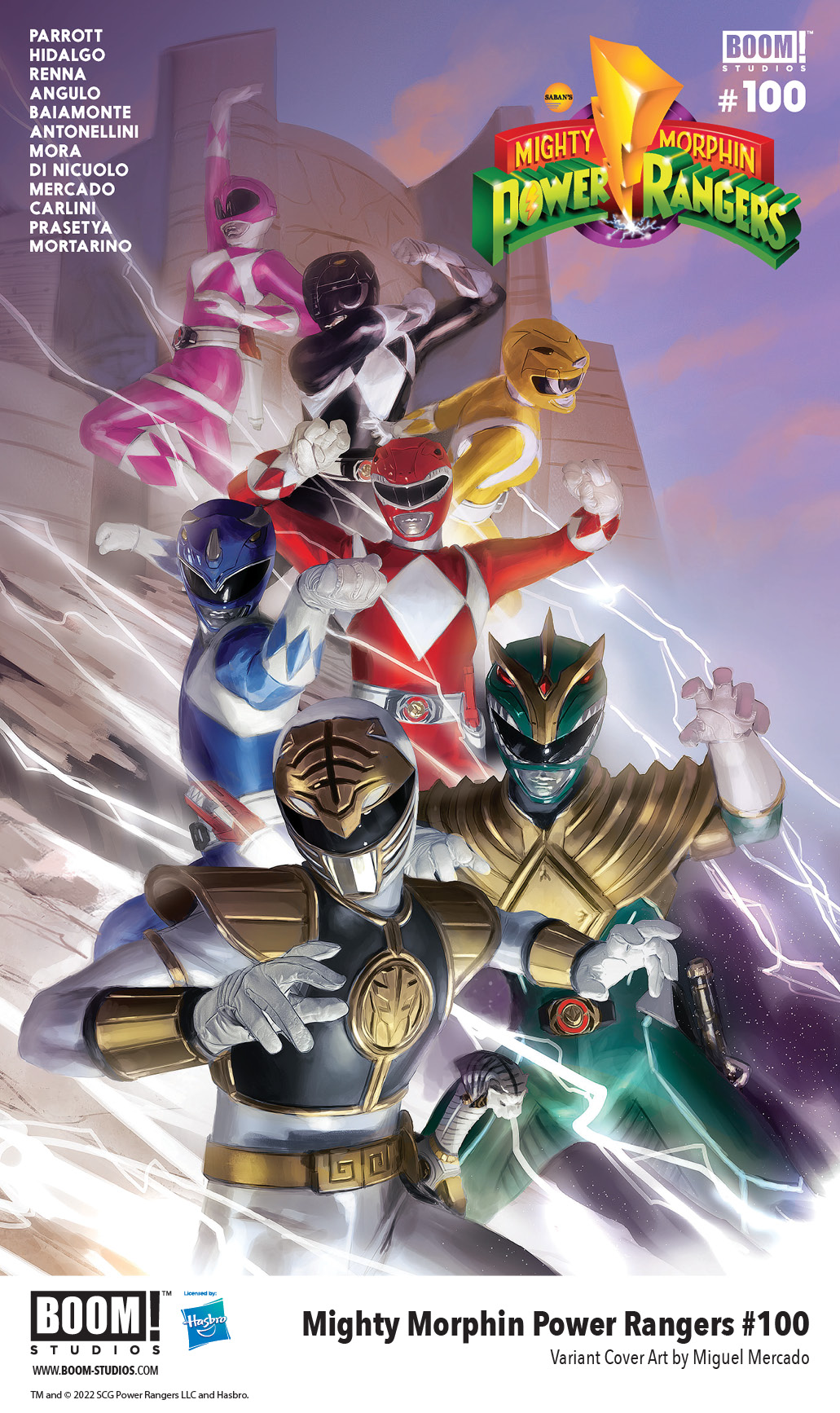 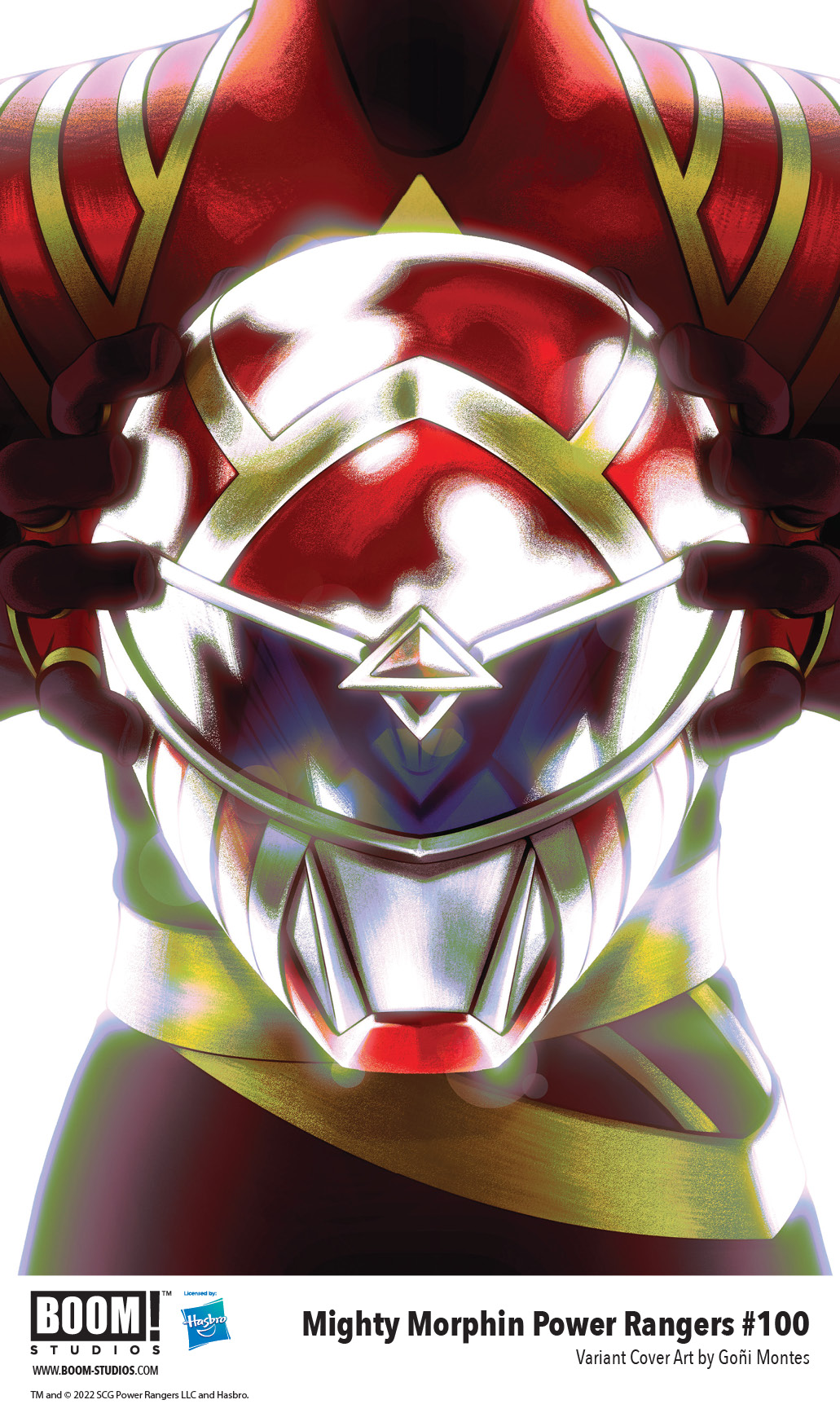 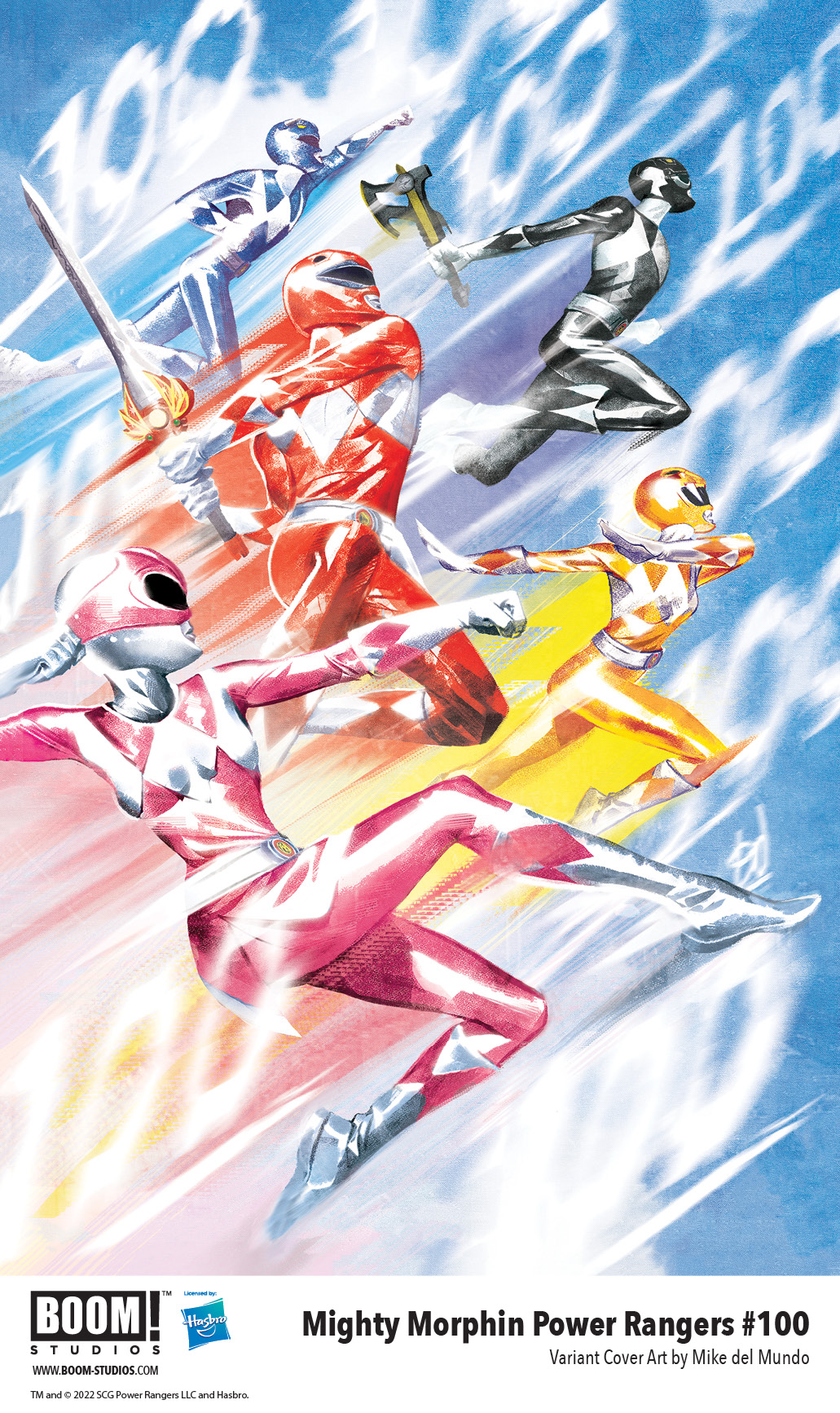 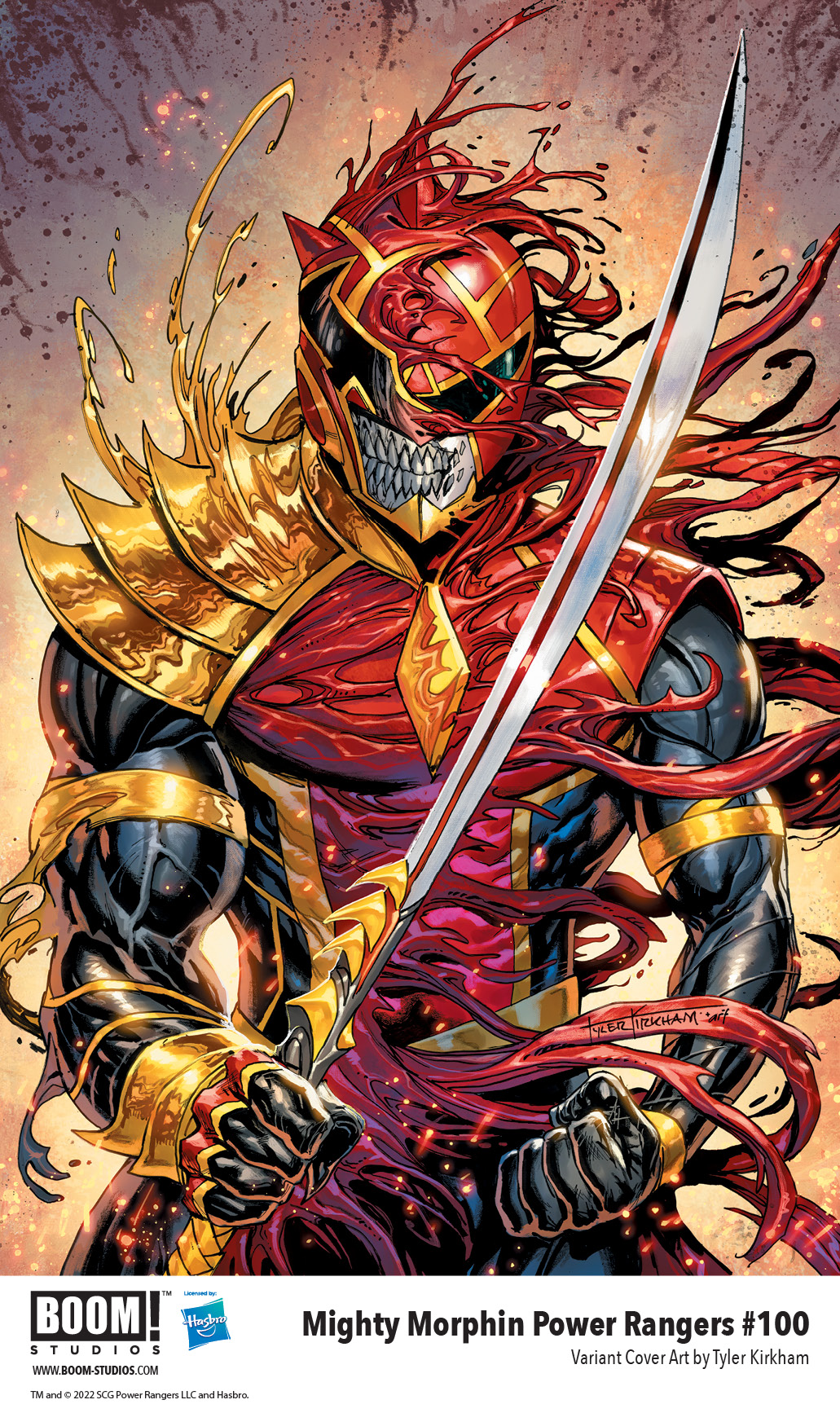 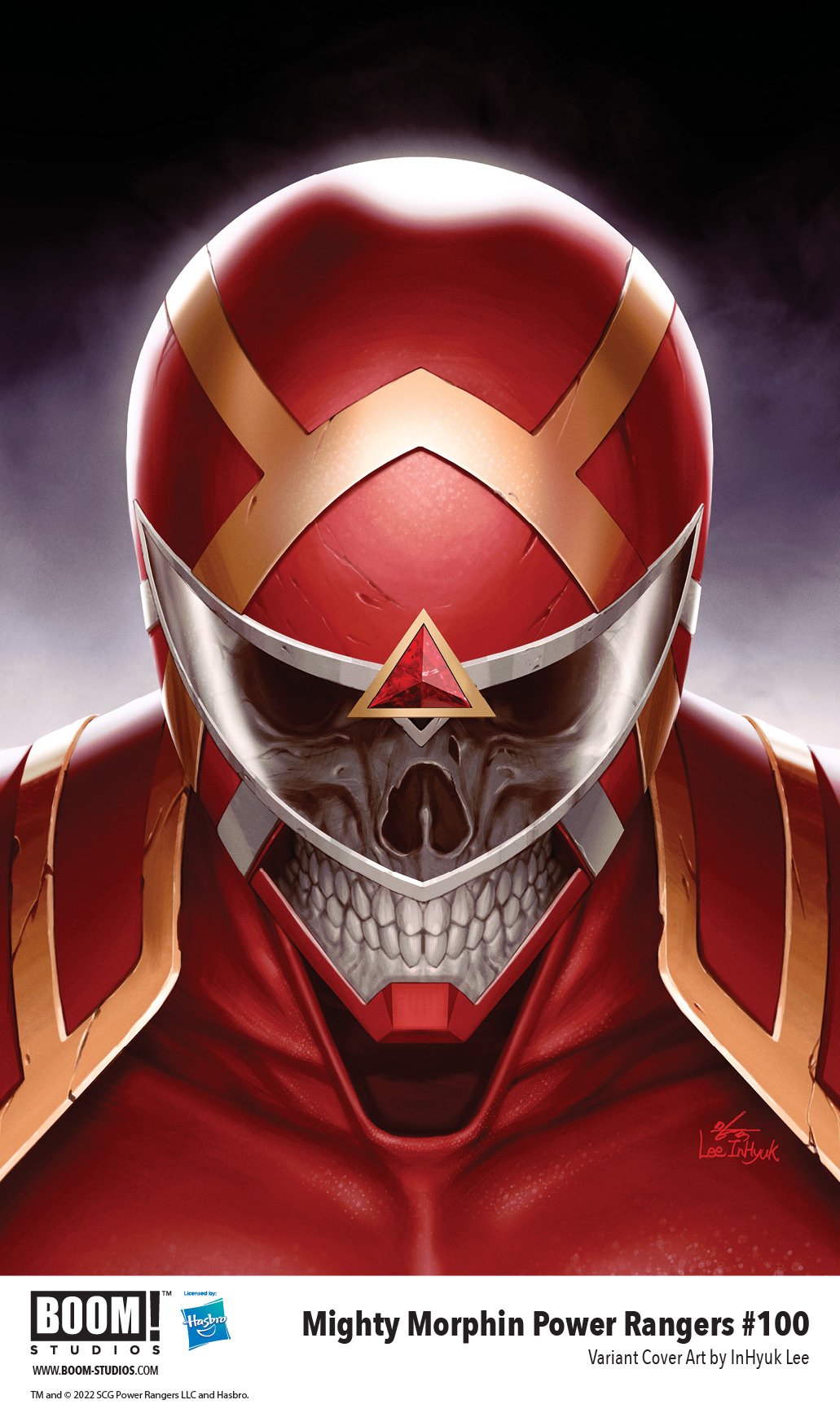 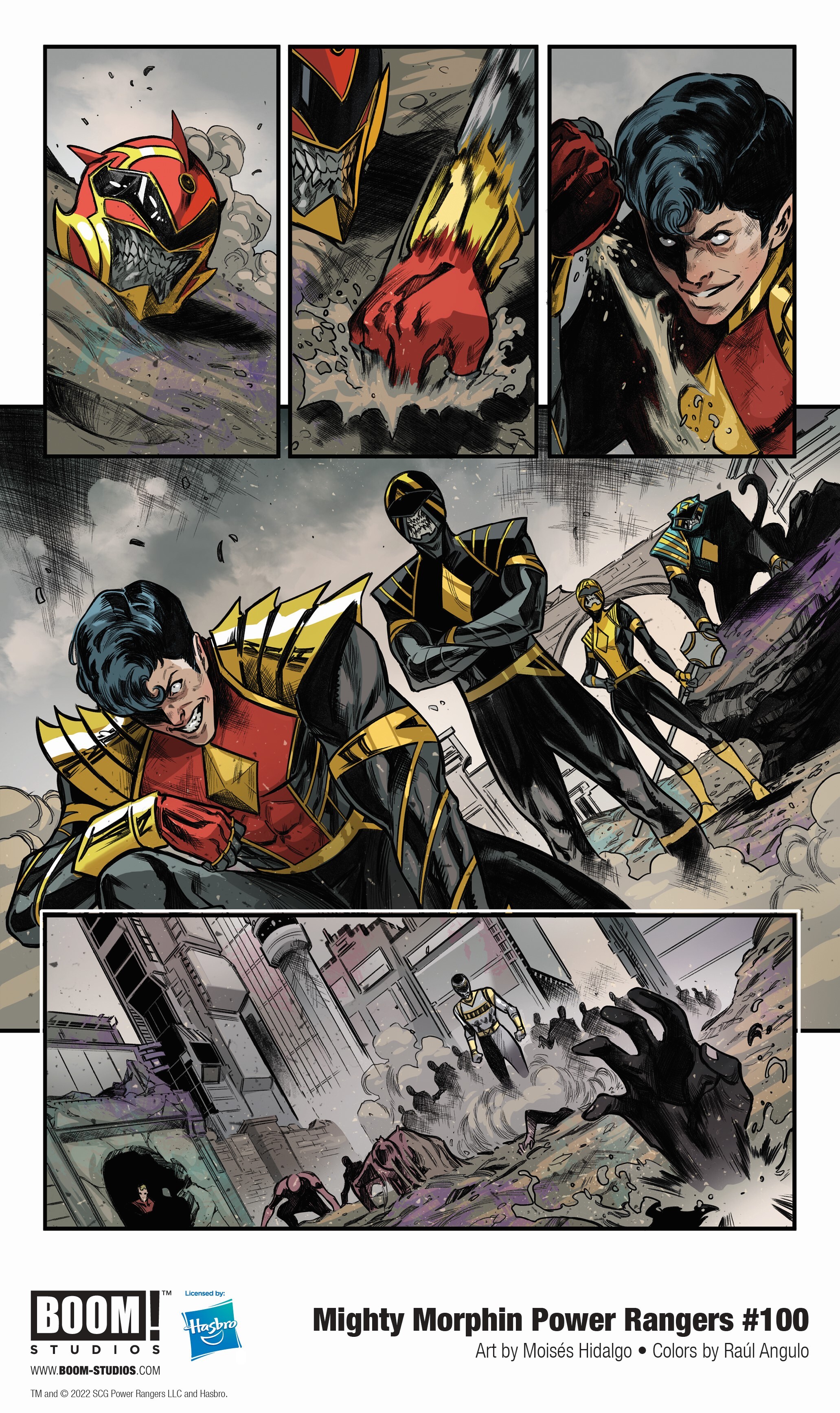 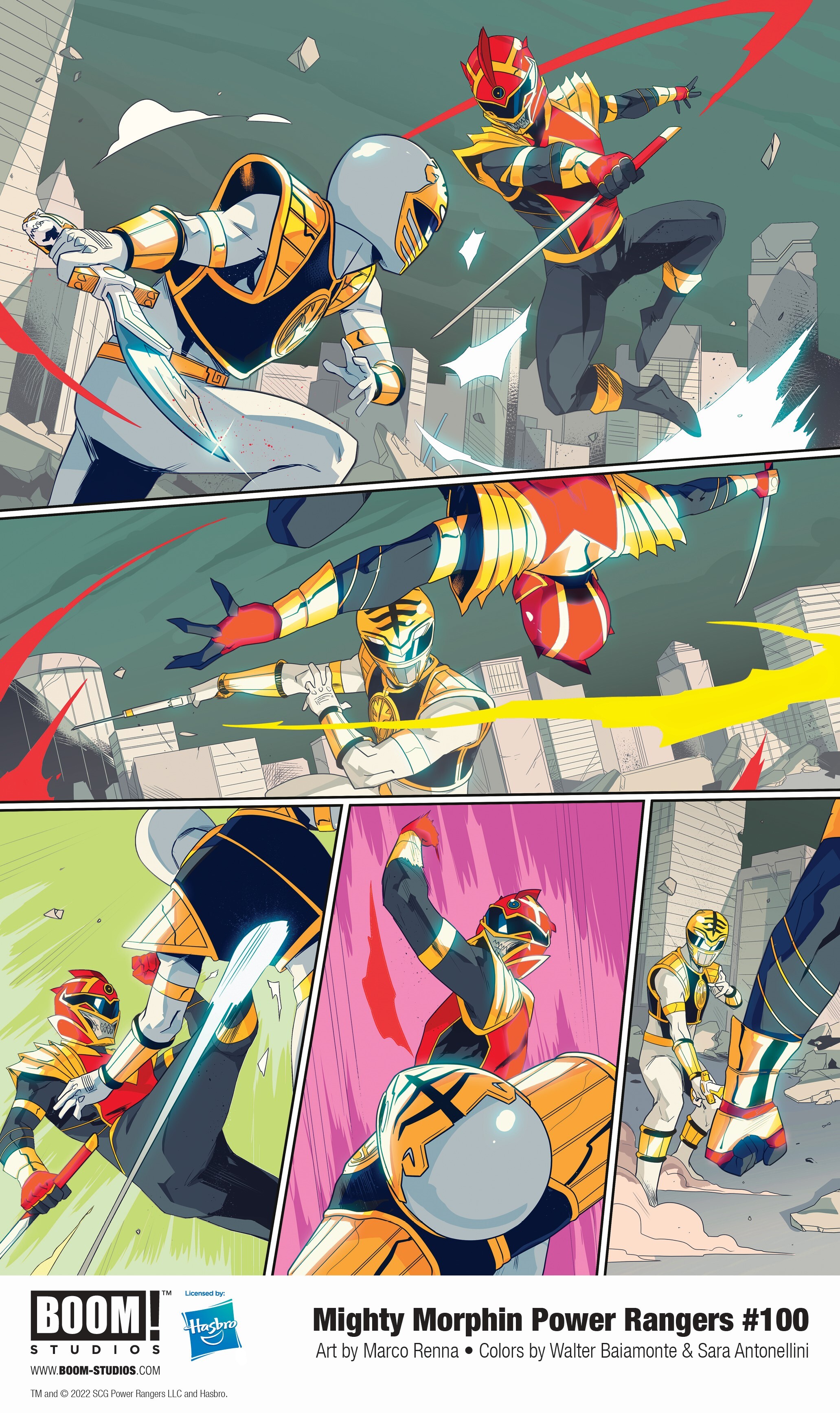 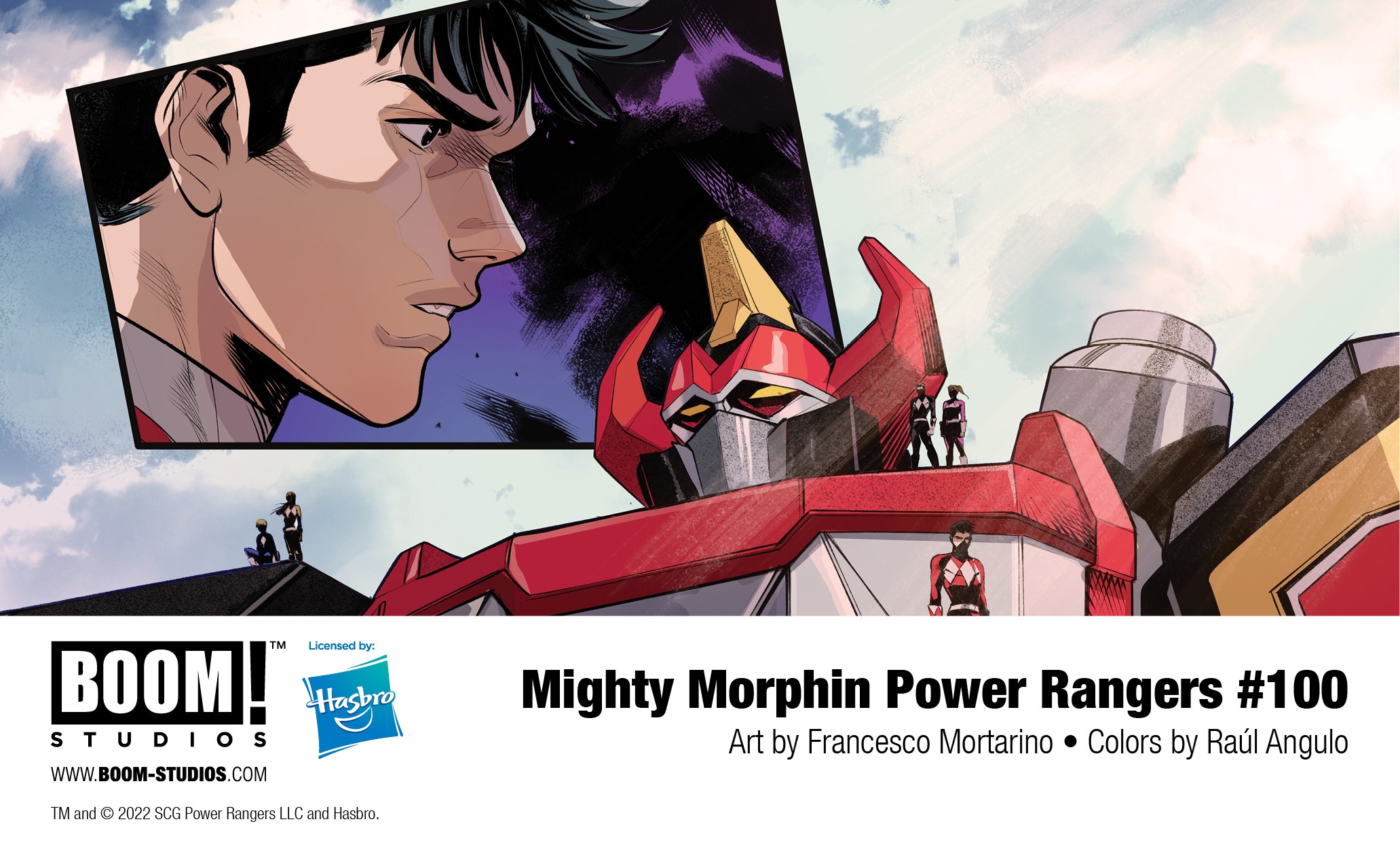 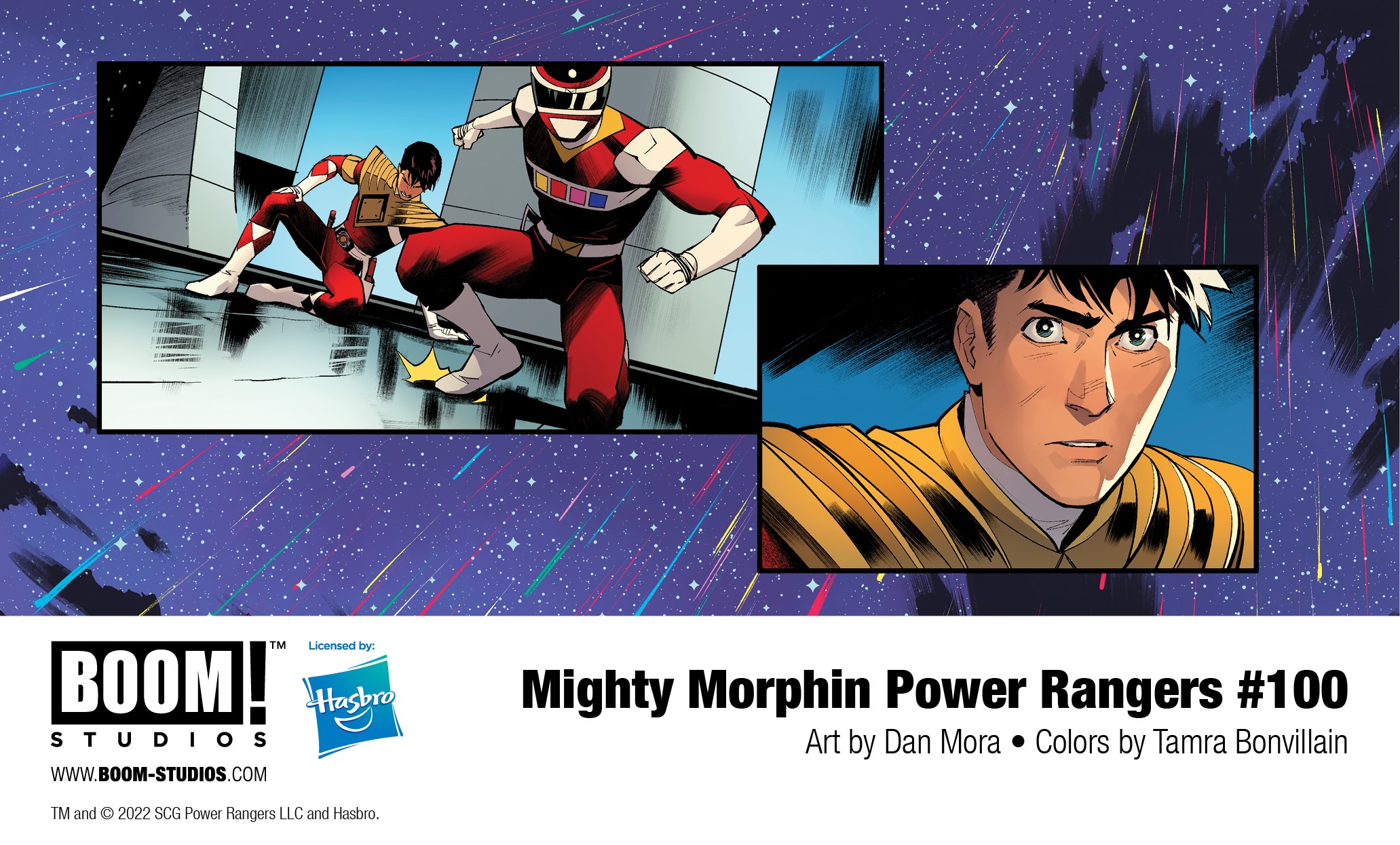 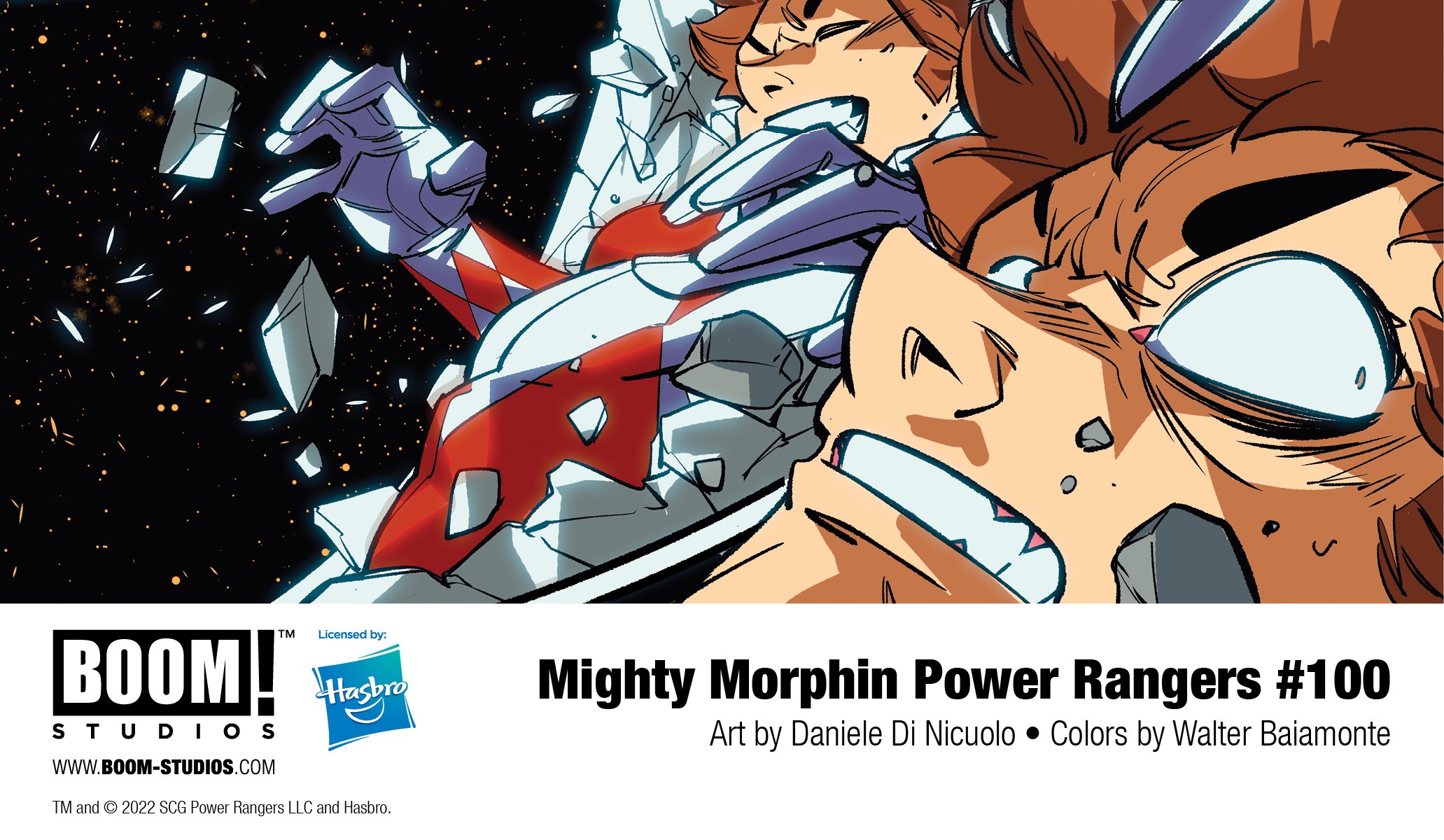 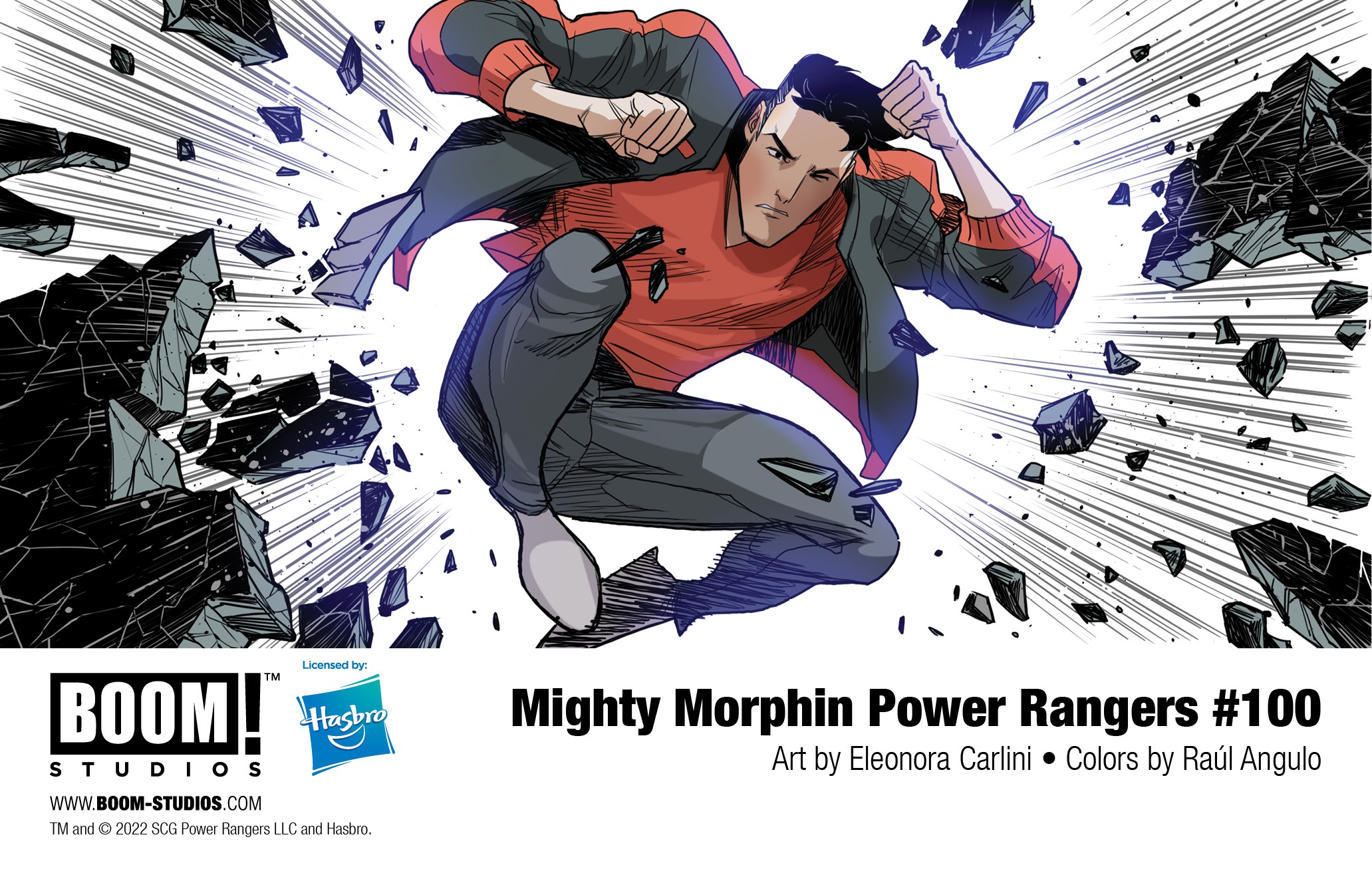 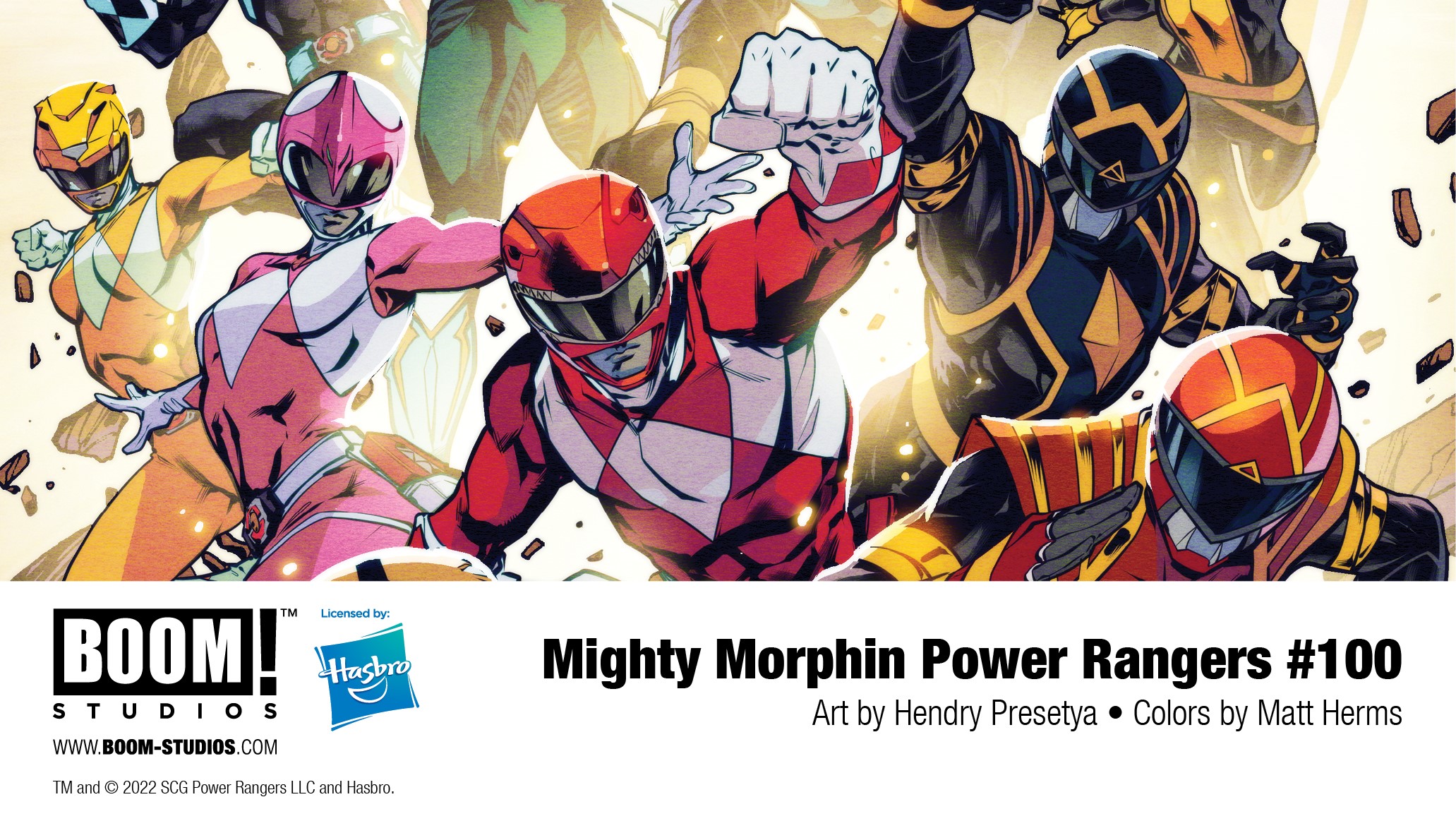