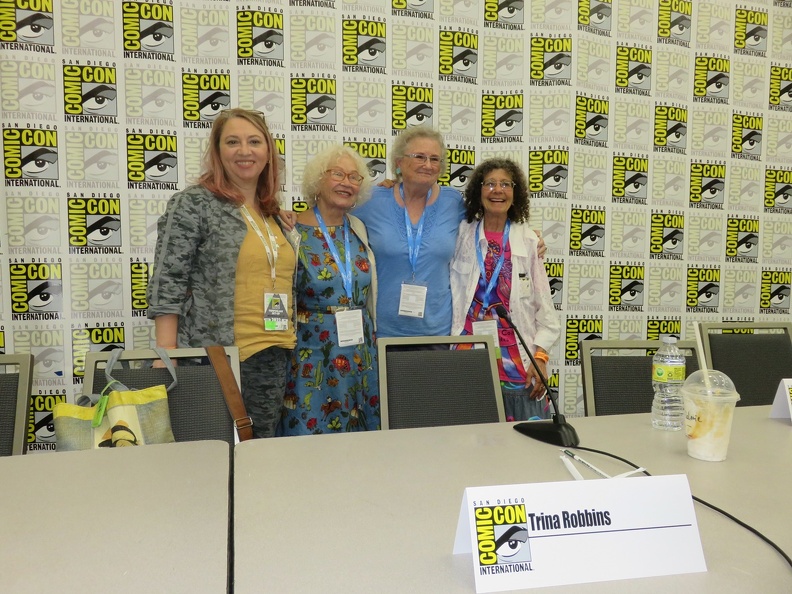 Wimmen’s Comix at 50 (0:0, mb)
Panelists were Lee Marrs, Trina Robbins and Barbara “Willy” Mendes. The panel was moderated by Heidi MacDonald. The group discussed when they knew they wanted to be artists and cartoonists, the discrimination against them for being women, not getting work with the men in the various underground anthologies, how It Ain’t Me Babe was a precursor to Wimmen’s Comix, how Wimmen’s Comix came together, the direction the comic would take over time, the reaction to the comic from guys, the difficulty in getting retail places to sell it – including feminist bookstores, the criticism they got, if they wished they did anything differently, the Wet Satin anthology and the difficulty of getting it printed, how the I Loved a Vampire and Lived got a lot of mail, their favorite stories from the series, which artists they knew would be great cartoonists, the giant Fantagraphics reprint, why Barbara has the Willy nickname and what they’ve been doing since.