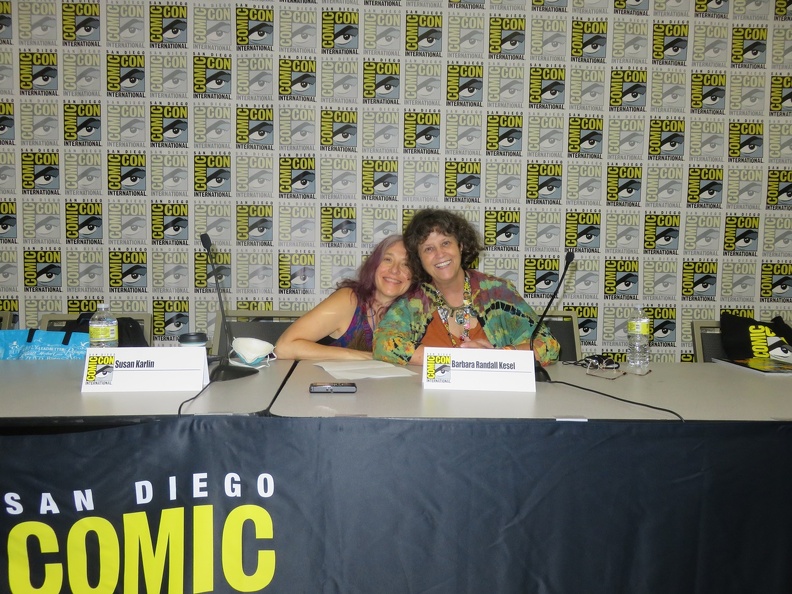 Barbara Randall Kesel Spotlight (51:52, 118mb)
Barbara got an inkpot award from Comic Con. The panel was a back and forth discussion between Susan Karlin and Barbara. They spoke about her working on Watchmen, how she grew up in an engineering environment, got involved in theatre as a gifted kid, how she ran into a comic shop to get away from an aggressive man, then got her first job in comics, how people reacted to her, how her background helps her bring messy proposals into something they can publish, why she worked with a lot of new talent and gave people their first work, her working for Darkhorse, then CrossGen, how she comes up with creative new ways to use IP, how she tries to push the boundary of comics and what she is working on now.