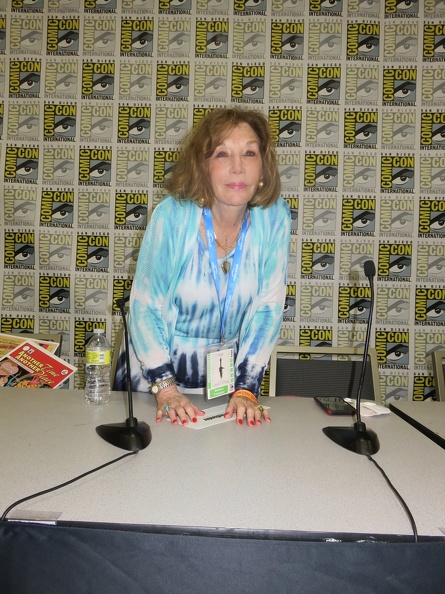 Love from the Silver Age Until Now (51:01, 116mb)
Barbara Friedlander spoke about her time editing Romance Comics at DC during the 1960’s Mad Men days. She talked about starting off as a file clerk and also worked doing the subscriptions, she also talked about how her Mother didn’t understand her working at all. She revealed they got a lot of subscriptions from Prisoners and Reformatory schools. She called DC a Mom and Pop shop when she worked there. She spoke about Joe Simon and Jack Kirby starting Romance books. She said she worked with Jack Miller who not only was an editor but also wrote a lot of comic books. She revealed what the other editors at DC were like in both physical appearance and personality. She revealed they would get letters from kids revealing they were being sexually abused by their family members or clergy, she spoke about her creating Swing with Scooter, she spoke about Warner Brothers buying the company and how that affected things there leading her to leave the company. She also talked about her upcoming Romance Comics called Another Time, Another Place that she’s doing with Ken Wheaton.