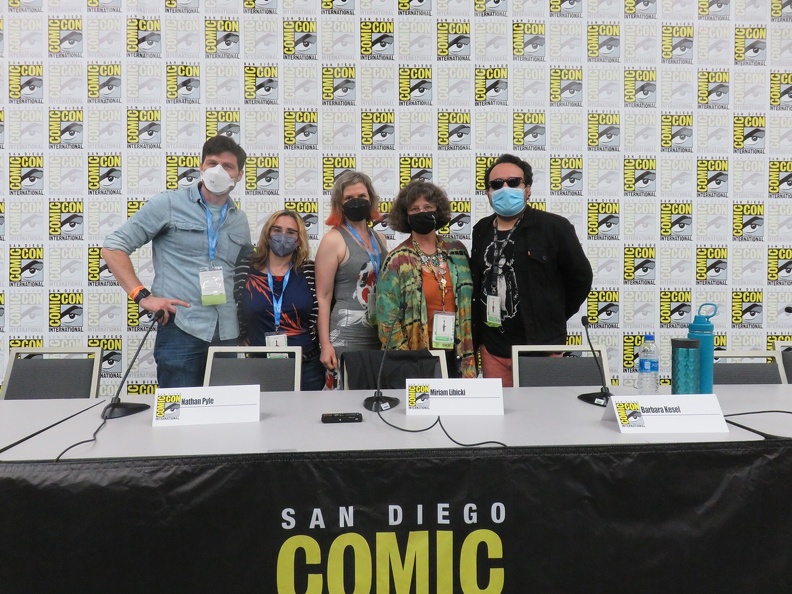 AutoBio Comics (48:30, 111mb)
Cecil Castelluci moderates a panel with Nathan Pyle, Miram Libicki, Barbara Randall Kesel and Henry Barajes. Among the topics they covered were, who their influences were when it came to doing autobiographical comics, revealing their secrets and embarrassing bits into their work and dealing with people’s reaction to them, relying on memory for their stories, if they should find a way to make their specific experiences into something universal, telling stories that they feel need to be told. For those that had collaborators, letting them interpret the work and letting that happen and for those that drew their own stories dealing with their artistic limitations when trying to depict their stories. The group spoke about Raina Telgemeier and how her work inspired them, which auto biographical books they recommend, how they financially sustain themselves while doing comics and how they deal with telling the truth when it might hurt somebody they know.