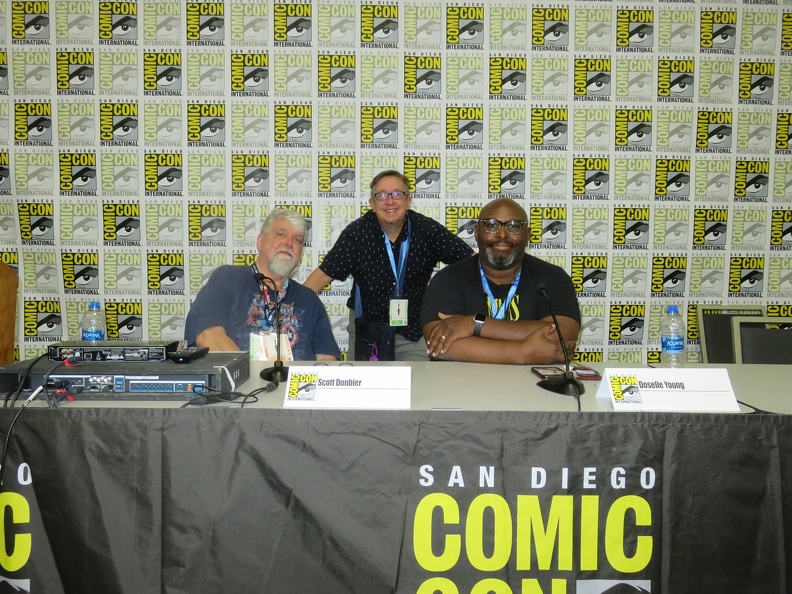 Gary Leach Memorial (43:24, 99.3mb)
Panelists included Scott Dunbier, Doselle Young and John Layman. They all spoke about first meeting Gary and working with him. Scott brought some pictures and discussed them, Doselle talked about how his friendship with Gary was more than just working together but was very personal and how they had a shared aesthetic. Scott played some pre-recorded messages from some of Gary’s friends that couldn’t be at the show. They all gave examples on how Gary was super generous with his time and had absolutely no ego about himself and not only loved comics but comic fans as he was one of them.