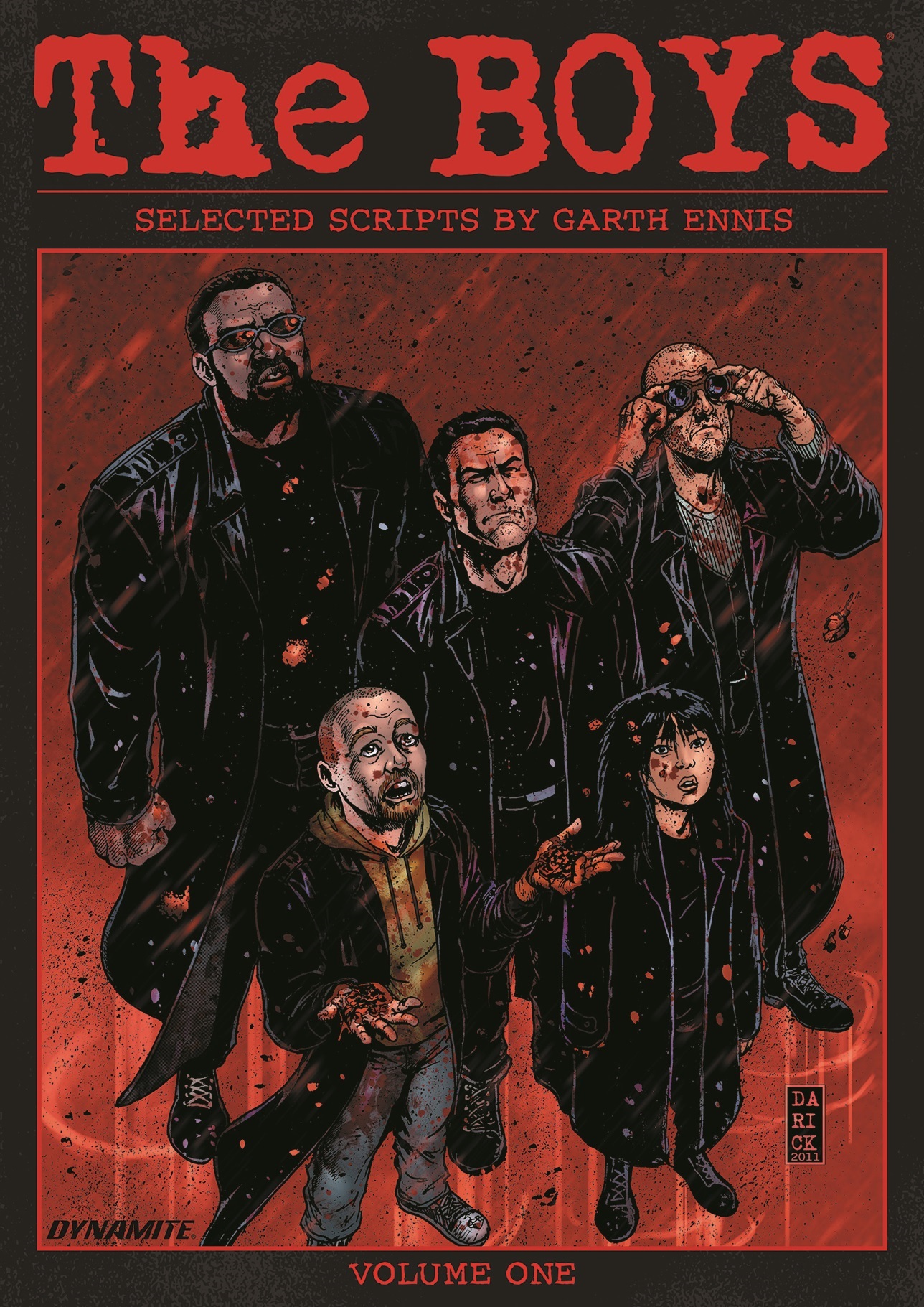 February 21, Mt. Laurel, NJ: Dynamite is proud to announce the ultimate companion volume to The Boys, a scriptbook allowing fans to go behind the scenes on how writer Garth Ennis and his team brought this boundary-smashing series to fans. As well as the hotly anticipated second omnibus tome of the complete series, in its premier presentation.

15 years ago, The Boys came out of nowhere and ripped through the status quo. The world of comics was changed forever, as legendary writer Garth Ennis, acclaimed illustrator Darick Robertson, and their collaborators brought a biting new take on superheroes to readers. Now after nearly 100 issues total in the franchise, Amazon’s Prime Video adaptation is nearing the debut of its third season and the first of multiple spinoffs. But how did these memorable and shocking tales make their way to the page?

In a new paperback volume just under 200 pages, Garth himself has curated a selection of seven standout scripts from the title’s run. Whether for iconic moments, interesting technique, or personal attachment, the choices include The Boys issues #1, 21, 38, 47, 53, 65, Butcher Baker Candlestickmaker #5, and Dear Becky #1. Each issue is presented with the full script by Ennis, followed by the final artwork by artists Darick Robertson, Russ Braun, Keith Burns, and John McCrea.

The book is the perfect add-on to the set of three oversized hardcover omnibus volumes, with the second also now available to order ahead of its June release. This next one includes the riotous “Herogasm” story arc, a controversial look at the debauchery of the supes. Fans assumed there was no way the story could be adapted to film or television, but the Prime show is set to incorporate elements of it in season three. Fans of Wee Hughie will be excited to also read his spotlight miniseries, traveling back to Scotland and learning more about his origins.

The Boys Oversized Omnibus Volume 2 collects The Boys (2006) #31-47, The Boys: Herogasm #1-6, The Boys: Highland Laddie #1-6. As well as additional extras including a complete cover gallery, script pages, introductions, and more.

Garth Ennis has been writing comics for over 30 years. He is widely considered one of the greatest in the field, with a poll by CBR ranking him among the 15 greatest writers in the history of the medium. His credits include the critically acclaimed and often adapted Preacher, Punisher, and Hellblazer. As well as fan-favorites and innovators like Hitman, Crossed, Battlefields, War Stories, and many more. 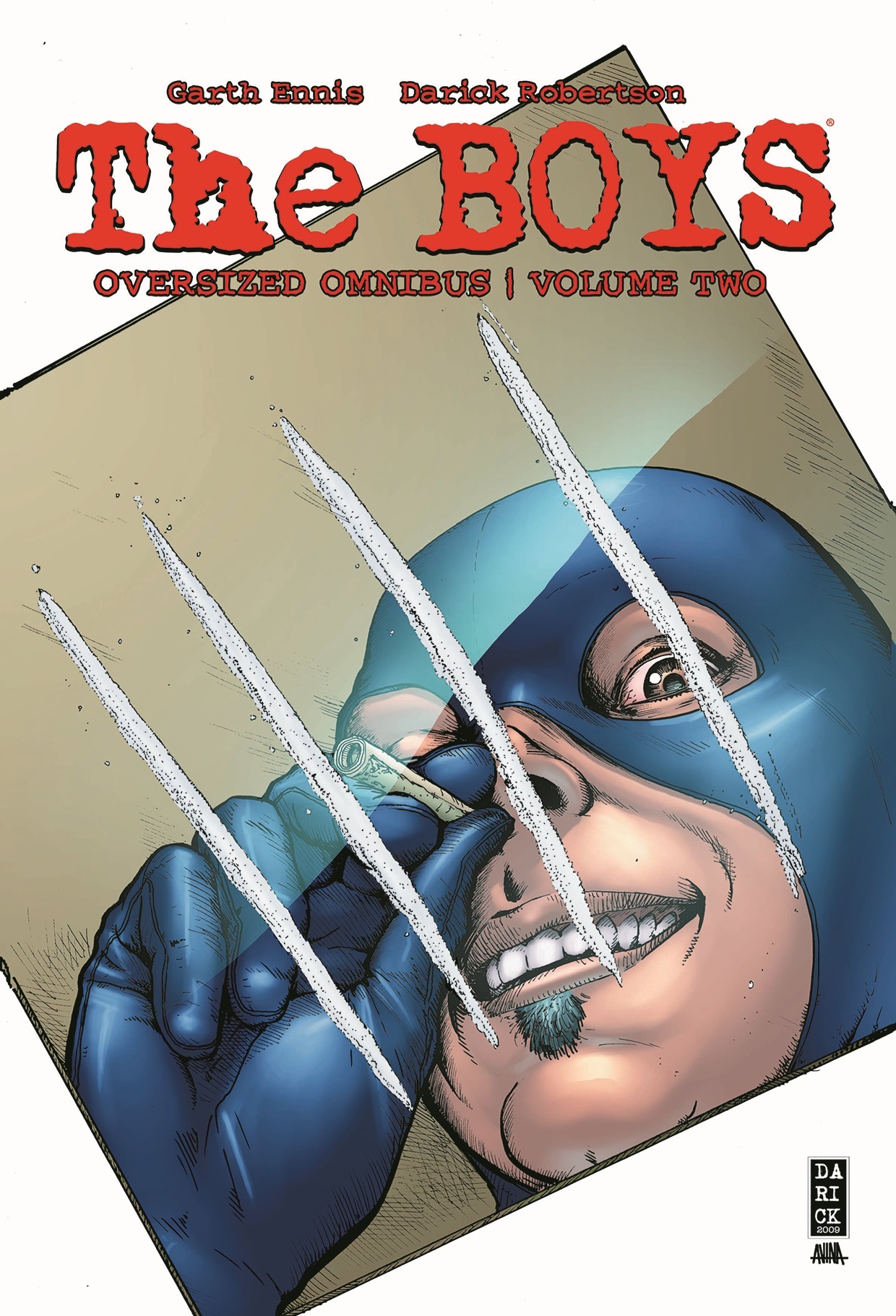 THE BOYS: SCRIPTBOOK TP VOL 1 & THE BOYS: OVERSIZED OMNIBUS HC VOL 2 are solicited in Diamond Comic Distributors’ March 2022 Previews catalog, the premier source of merchandise for the comic book specialty market, and slated for release in May 2022. Comic book fans are encouraged to preorder copies of the issue with their local comic book retailers. It will also be available for individual customer purchase through digital platforms courtesy of Comixology, Kindle, iBooks, Google Play, Dynamite Digital, ComicsPlus, and more!