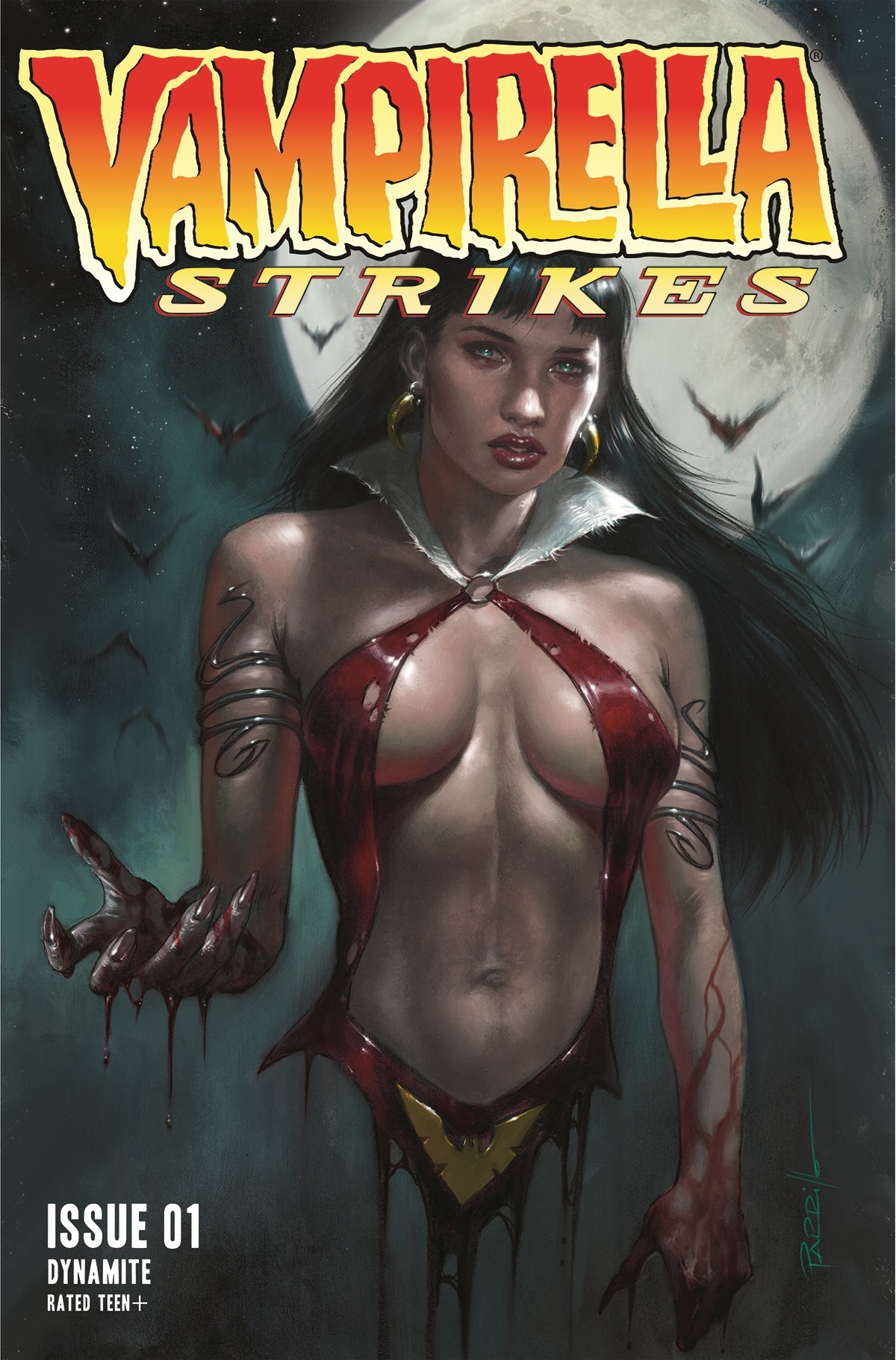 February 21, Mt. Laurel, NJ: Vampirella is ready to Strike in her latest series coming this spring, as writer Tom Sniegoski continues his evolving run on the character with the return of a beloved title. He’s joined by Dynamite virtuoso artist Jonathan Lau.

Vampirella Strikes rises from the ashes of Dynamite’s just concluded epic 25 issues of Vengeance of Vampirella. In that story, the Daughter of Drakulon found herself suddenly awake and back alive 25 years following her demise at the hands of Mistress Nyx. Revived and with a bloody thirst for vengeance, she set across the post-apocalyptic world taking down Nyx and the forces of chaos.

“As I was wrapping up my twenty-five issue run on Vengeance of Vampirella, my brain kept going beyond my initial Vengeance run, considering the kinds of stories that I could tell with our heroine in this ever-changing world that she now found herself in,” said writer Tom Sniegoski. “It’s a good thing that Dynamite is giving me the chance to bring these stories to life with Vampirella Strikes because it probably would have given me fits not to tell them.”

Now another 15 years has passed. Nyx is dead and the world is slowly recovering. Nature is crawling back and is melding with supernatural forces, forming a world unlike any seen before. Humanity and countless races of monsters live alongside each other – mostly peacefully. Yet amidst this evolution, dangerous and evil forces still lurk in the shadows and threaten the goals of peace. Which is where Vampirella comes in. Now under the employ of the Danse Macabre, she works as a special agent, on the most complex and potentially violent cases in the streets of Sepulcher City.

Tom Sniegoski is barrelling toward soon hitting the 100 issues mark across his nearly 30 years of contributing to the Vampirella mythos. Which included launching the original iteration of Vampirella Strikes, also featuring the mainstream debut of superstar artist Ed McGuinness. He also scripted a 2013 revival of the book, but now for the third volume continues the threads he started in Vengeance of Vampirella. For longtime Vampirella fans, Sniegoski’s writing on the character is beloved. And for newcomers, his extensive experience with the franchise makes his work perfect to jump right into!

The creative team is joined by a crop of top tier artists adding jaw-dropping covers to the celebration. They include the likes of Stephen Segovia, Junggeun Yoon, and Ben Caldwell. Plus a cosplay cover featuring Rachel Hollon. The main cover is a painting by Italian master Lucio Parrillo, paying homage to the iconic piece by the late, great Michael Turner. Whose original is also available as a limited edition “icon” presentation. Plus, the blank sketch cover for the book is a stark bloody red, allowing artists a unique approach and canvas to depict their favorite Vampirella characters. 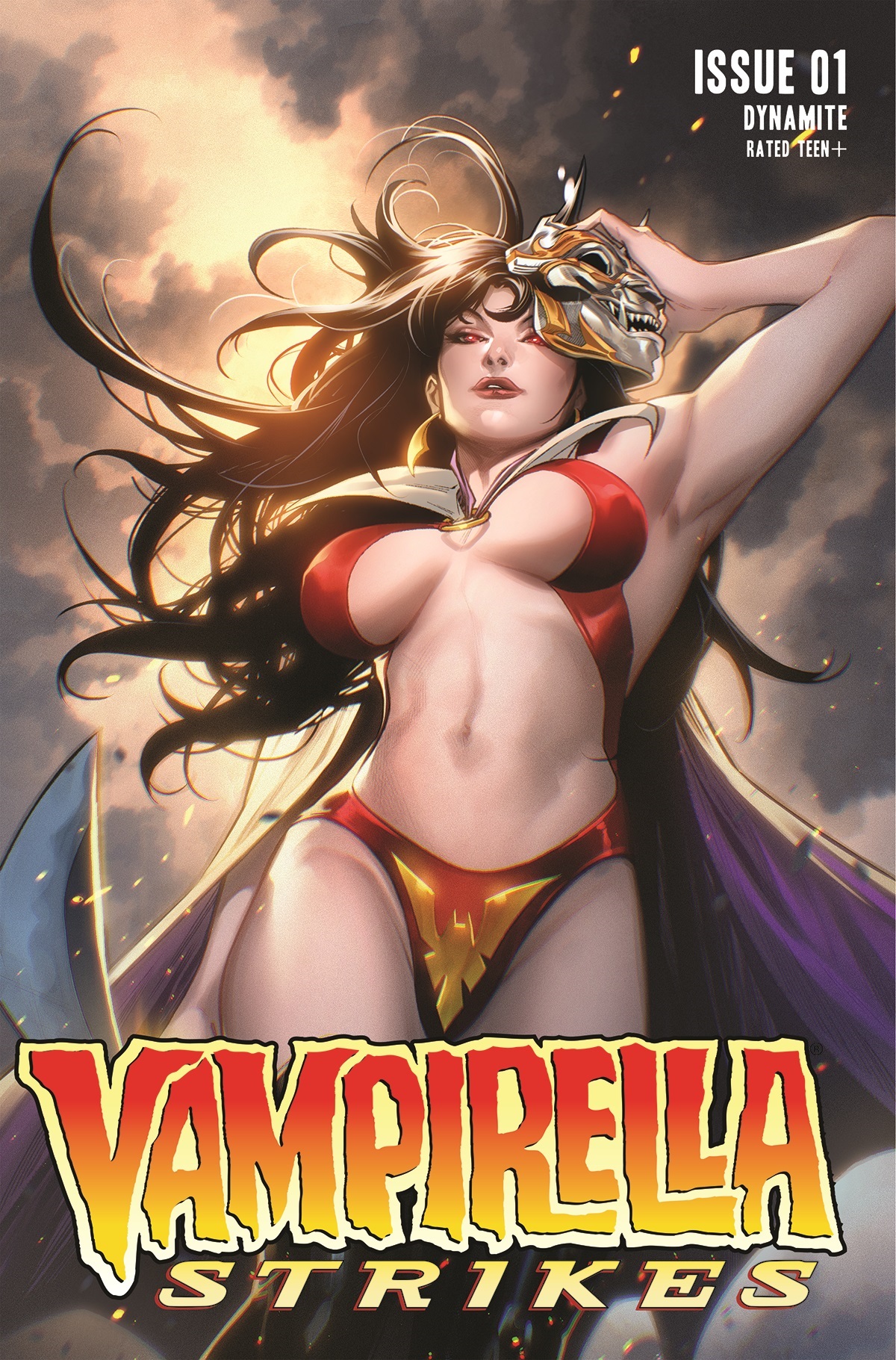 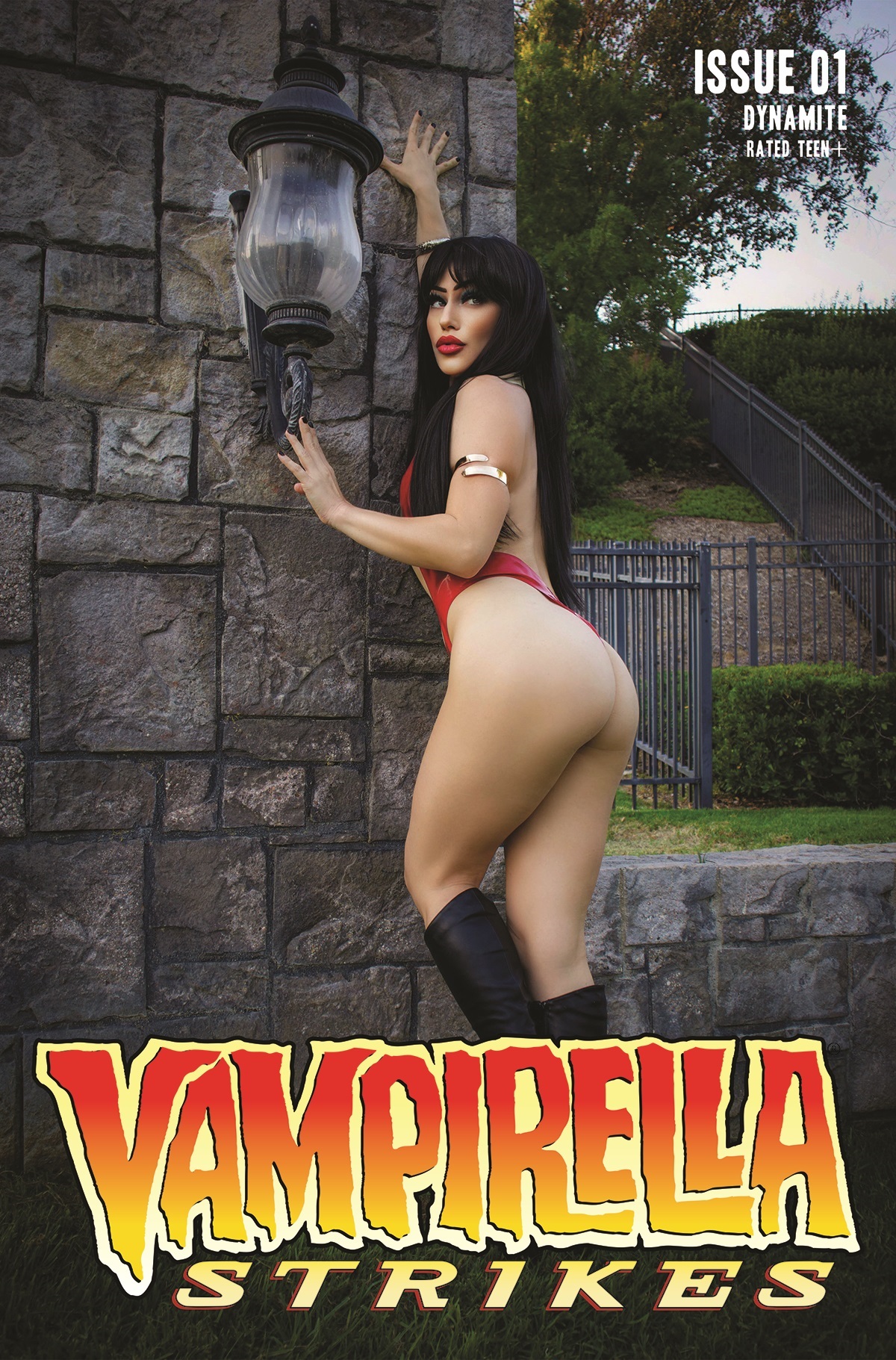 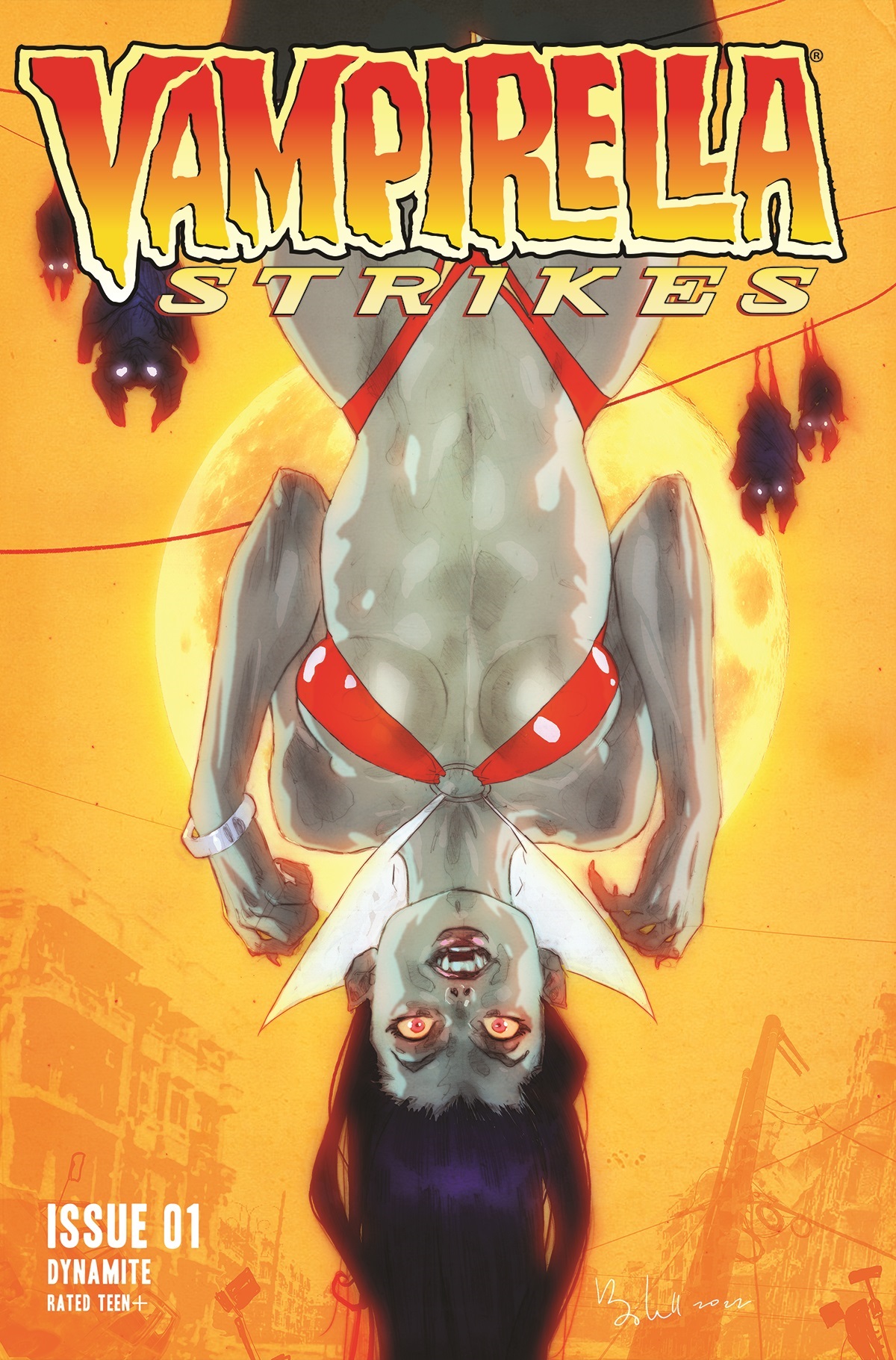 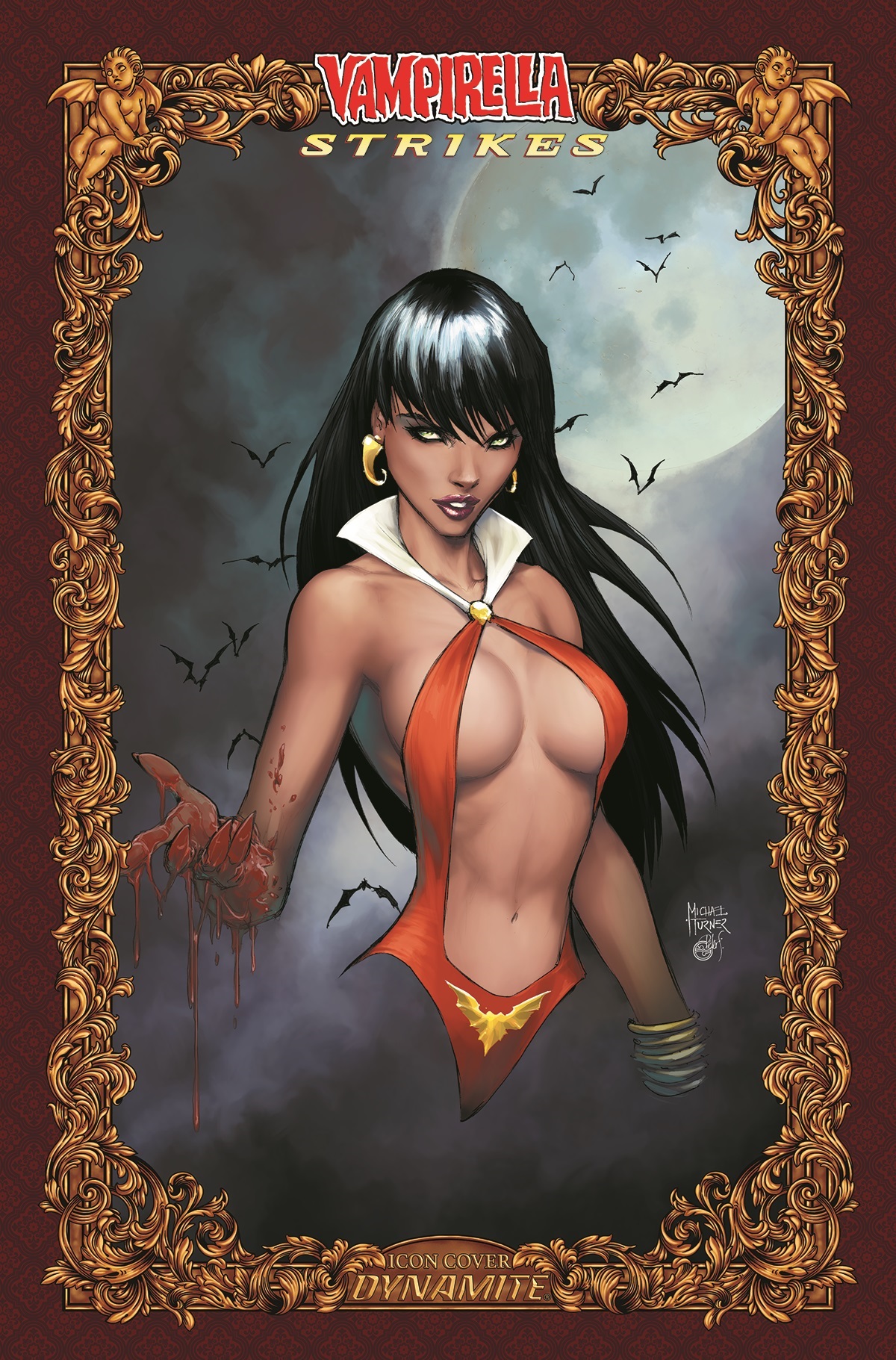 VAMPIRELLA STRIKES #1 is solicited in Diamond Comic Distributors’ March 2022 Previews catalog, the premier source of merchandise for the comic book specialty market, and slated for release in May 2022. Comic book fans are encouraged to preorder copies of the issue with their local comic book retailers. It will also be available for individual customer purchase through digital platforms courtesy of Comixology, Kindle, iBooks, Google Play, Dynamite Digital, ComicsPlus, and more!