The Heroine’s Past & Future in New Storyline!

December 21, Mt. Laurel, NJ: Following up the critically acclaimed two year tenure of the Eisner-nominated Mark Russell, Red Sonja #25 is an oversized anniversary celebration honoring the road taken and the road ahead for the She-Devil With a Sword!

The double-sized special start of a new story arc is written by Sonja all-star Luke Lieberman (Birth of the She-Devil, Price of Blood) and drawn by the talented Drew Moss (Vampirella/Red Sonja, Star Wars). They’re joined by letterer Hassan Otsmane-Elhaou, who has graced the Hyrkanian steppes of this series with his talents from day one. 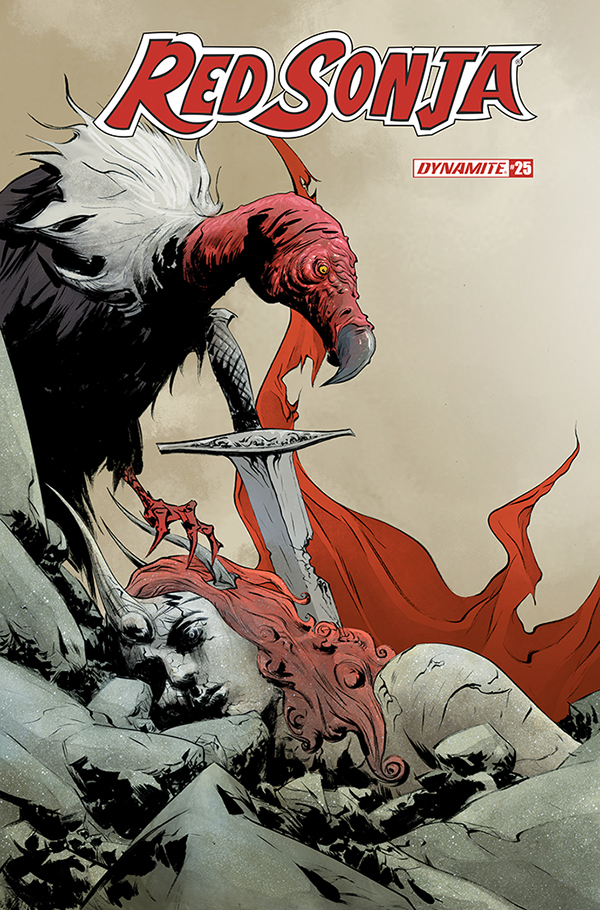 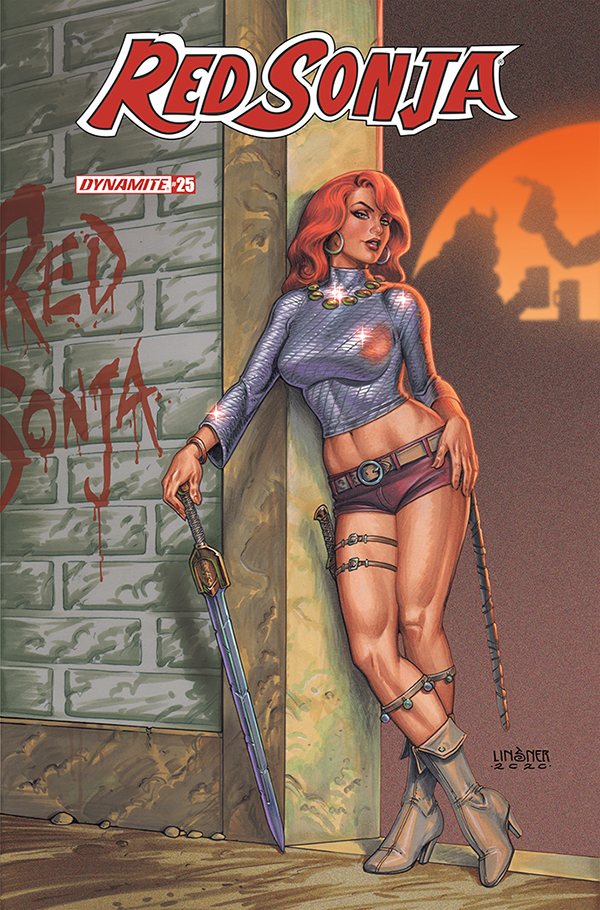 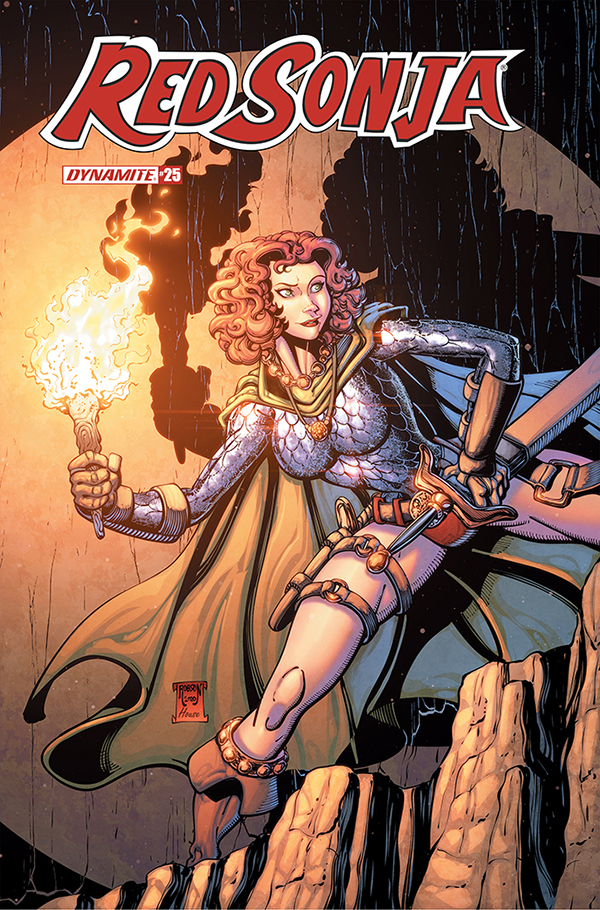 Picking up 10 years after the epic conclusion of the previous issue, Sonja the Red is older and has been through her share of war, triumph, and the death that comes with conquest. That won’t stop the fire-haired heroine from enjoying herself with some ale though! As Hyrkania’s current leader, Isolde, approaches old age, she desires once more to see the legendary warrior before she passes on. As aides set out to track down Sonja, she’s tempted by an invitation to the great games being hosted by the Sultan Kimuchi. What will happen when all converges and will Sonja return to her homeland she liberated so many years ago?

“Sonja is a sprawling legend,” said writer Luke Lieberman. “In many ways this is about how the real Sonja clashes with that legend as seen through the eyes of Isolde’s young proteges. This story was fun to write, can’t wait to share it!”

A special back up story written and drawn by Will Robson (Thanos, Future Foundation) hearkens back to the very first appearance of Red Sonja, with her sporting the original chainmail tunic as designed by the legendary Barry Windsor-Smith for Conan the Barbarian #23. Fitting that callback, the She-Devil featured within is younger and less experienced, chasing at each chance for adventure. Though it turns out that her newly acquired armor actually has the soul of King Arthur trapped inside, so she must venture forth to find Merlin and release the fellow legendary hero from his curse, as two sword and sorcery canons collide. Fans can be excited for treasure and even a dragon!

Two exciting stories in one fantastic package is the perfect way to salute the 25th anniversary issue of this fan-favorite series and blaze multiple paths for the character’s future. Such a deluxe issue would not be complete without a slate of spectacular covers. Will Robson draws one matching his story, while creators associated with the series through its run return, including Jae Lee, Joseph Michael Linsner, and Sanya Anwar. Plus cosplayer Rachel Hollon! 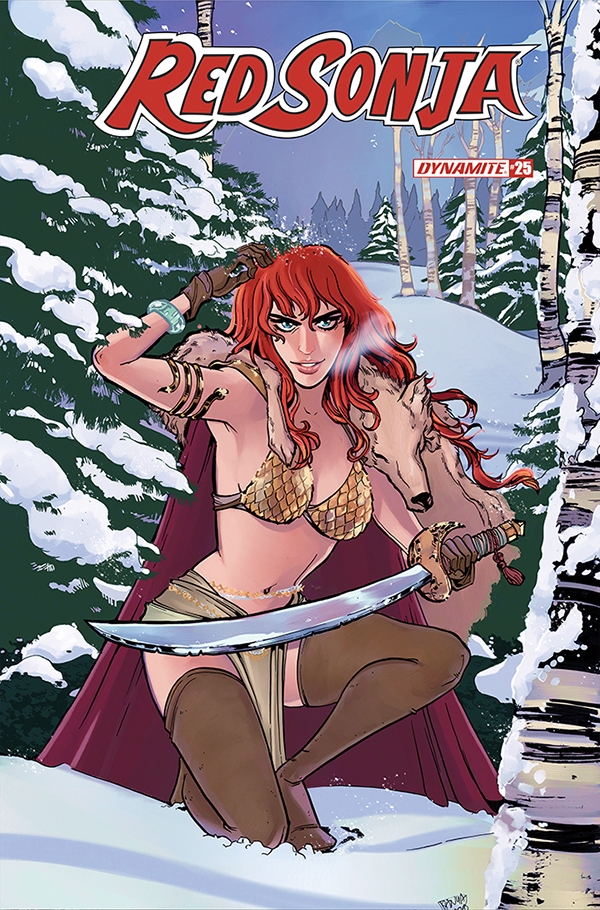 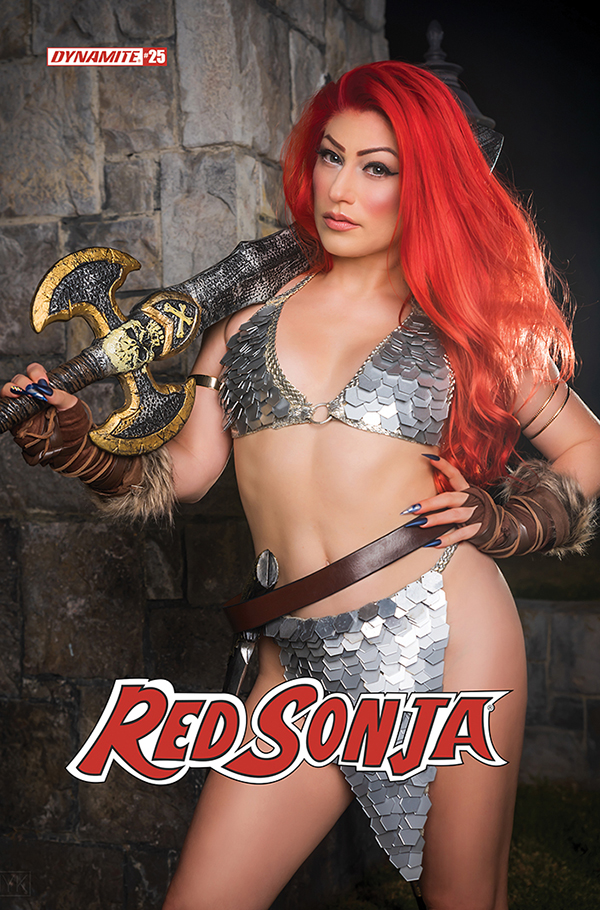 RED SONJA #25 is solicited in Diamond Comic Distributors’ January 2021 Previews catalog, the premier source of merchandise for the comic book specialty market, and slated for release in March 2021. Comic book fans are encouraged to preorder copies of the issue with their local comic book retailers. It will also be available for individual customer purchase through digital platforms courtesy of Comixology, Kindle, iBooks, Google Play, Dynamite Digital, ComicsPlus, and more!

THE COMPLETE, EXTRA-LENGTH TALE OF A CYBORG WARRIOR—ONYX—HITS SHELVES THIS SEPTEMBER