December 21, Mt. Laurel, NJ: When Vampirella and Purgatori cross paths, which vampiress will come out on top and will anyone around them survive? Dynamite reveals the legend in a new series debuting in March.

Writer Ray Fawkes (Constantine, Justice League Dark) brings his talents for the creepy side of things to these two misunderstood figures of darkness. The multi-talented creator is working closely alongside artist Alvaro Sarraseca (Turok) to bring this prophetic clash to the page. Colorist Salvatore Aiala and letterer Tom Napolitano round out the clan.

“Like many comics fans – and horror fans – I’ve fostered a love for Vampirella for a long time!,” said writer Ray Fawkes. “I was reading Vampirella comics way back when, in the stone ages when I was probably too young to be reading stories that were so bloody and so sexy.” 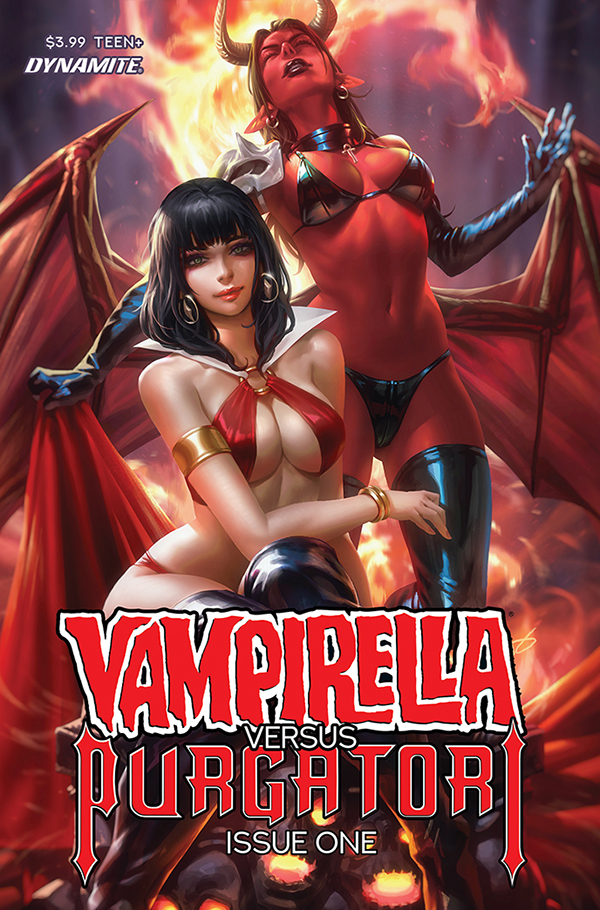 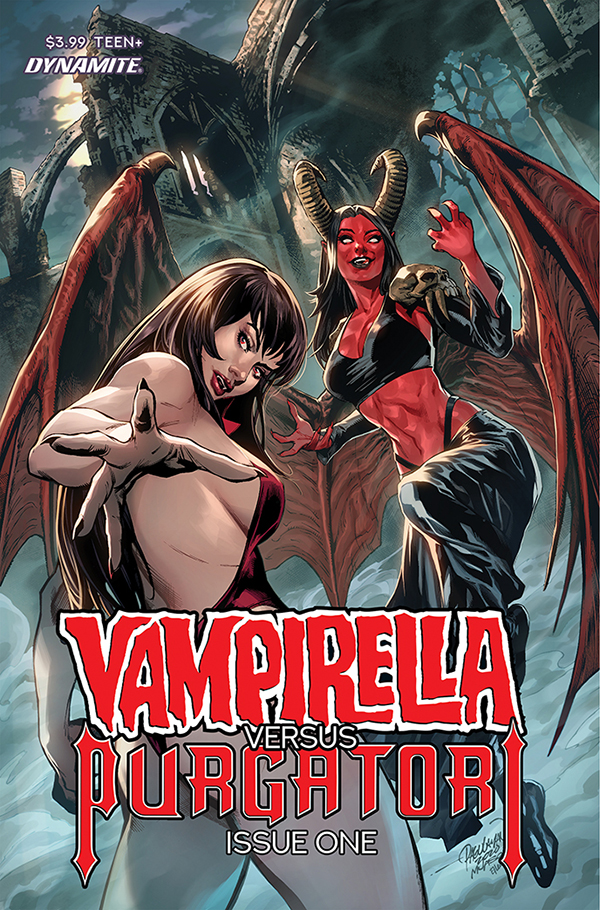 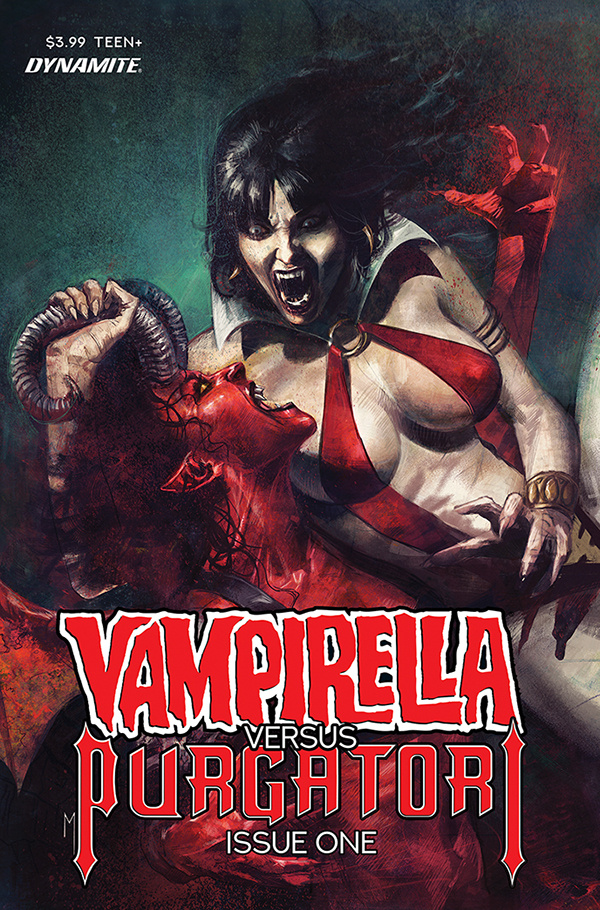 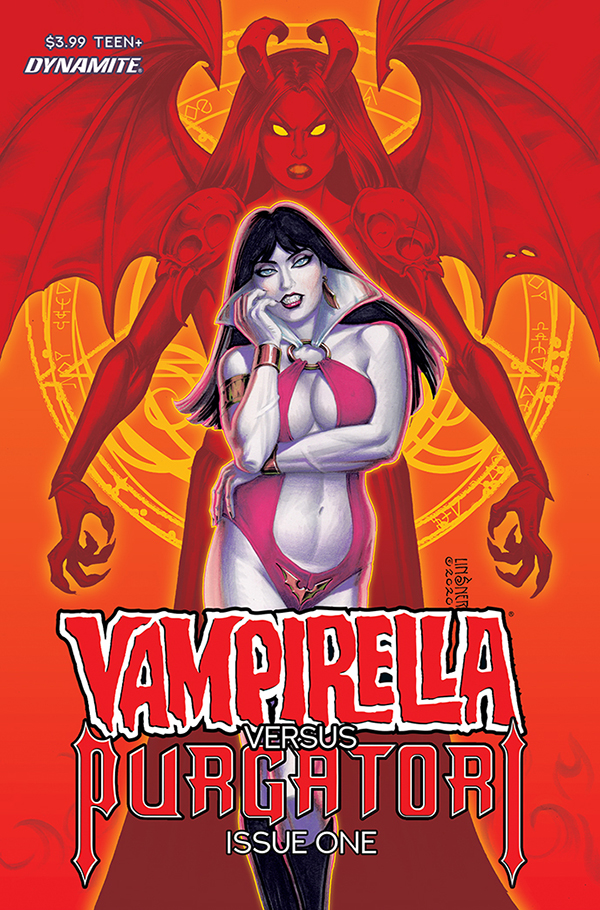 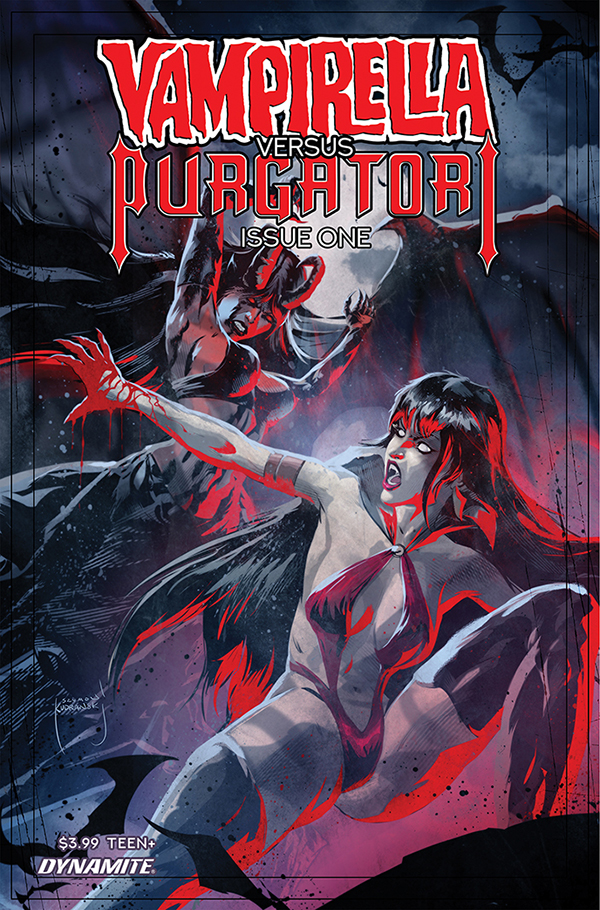 Vampirella, the Daughter of Drakulon, escaped her dying planet and arrived on Earth as a stranger, feared for her magnificent abilities and unique biology. Purgatori, or Sakkara, was born in Ancient Egypt as a slave, but managed to escape thanks to a vampire who turned her, only for her then to evolve further as a demonic goddess in the depths of Hell. Both women are known as vampires, but are so much more than that. While Vampirella has primarily devoted herself to the light, even the vicious Purgatori has shown moments of antiheroism.

For their first major meeting in Dynamite’s canon, the two women become entangled in a conspiracy related to the 36 Tzadikim Nistarim. This prophecy, originating in Judaism, dictates that there are people hidden among society, unaware of their status, that act as beacons of goodness that justify the survival of humanity. When agents of Lilith, Vampirella’s mother, seek to corrupt these men and women, both Vampirella and Purgatori have a stake in the game. But are they adversaries or allies, and how long can they stay that way?

With the heroics familiar to Vampirella fans, the dark themes of the Chaos! universe, surprise guest stars, and a lot of horror and action, this is sure to be a series fans won’t want to miss. Dynamite has assembled a group of talented cover artists to capture these two fan-favorite figures in all their different vibes. Derrick Chew leads the way, following up from delivering perhaps the most iconic Purgatori artwork ever on his cover for Red Sonja: Age of Chaos #4. He’s joined by Planet Hulk’s Carlo Pagulayan, the seductive artwork of Joseph Michael Linsner (Dawn), the dark aesthetic of Spawn’s Szymon Kudranski, and Dynamite’s newest sensation Marco Mastrazzo. 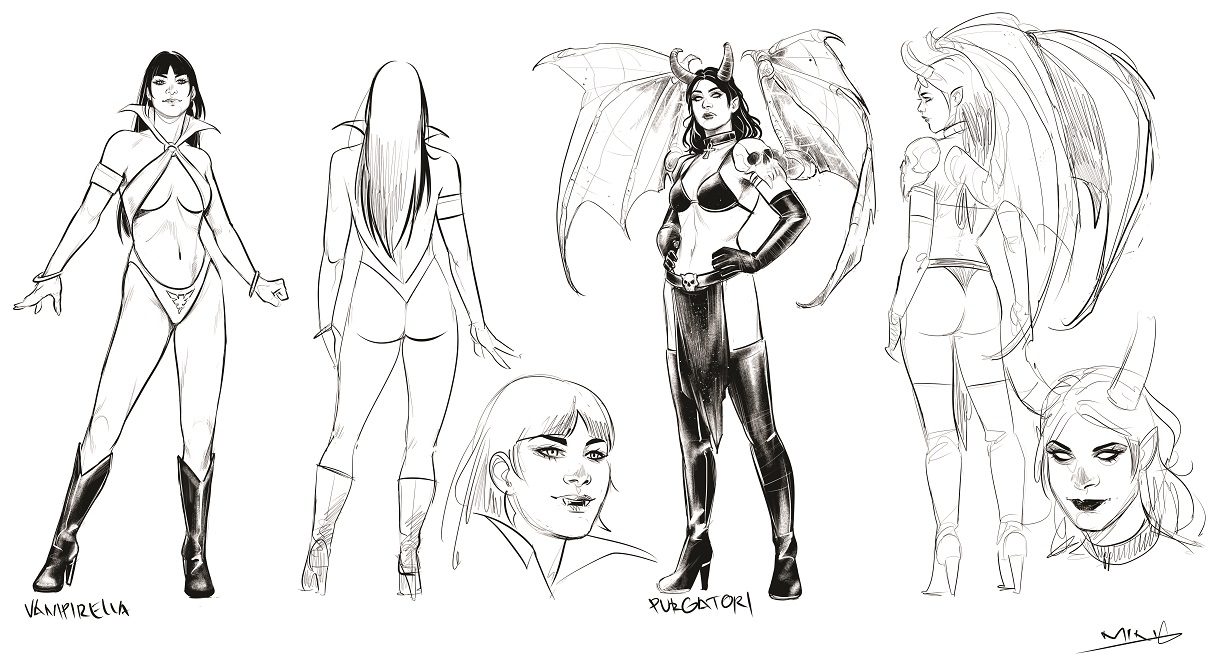 VAMPIRELLA VS. PURGATORI #1 is solicited in Diamond Comic Distributors’ January 2021 Previews catalog, the premier source of merchandise for the comic book specialty market, and slated for release in March 2021. Comic book fans are encouraged to preorder copies of the issue with their local comic book retailers. It will also be available for individual customer purchase through digital platforms courtesy of Comixology, Kindle, iBooks, Google Play, Dynamite Digital, ComicsPlus, and more!