Pet Sematary: The Film That Caused a Generation to Spell Like Grade-School-Dropouts

The 2000’s has been reboot-a-palooza. In fact, there hasn’t been a lot of originality in the film industry since they started rebooting the Spider man movies. While I do agree that was a good idea—nothing will ever be a classic if you don’t leave it alone!

King is a book writing factory churning out story after story. He has had a ton of success in both the written word and film (and TV). I still want a film adaption of The Long Walk. Anyway…

Pet Sematary(PS). It was passable as a variation of King’s novel. It actually, for a while, felt almost like a scene for scene re-shoot. It was nice to see updated crisp visuals. Now, before I go any further, there will be spoilers. So, if you haven’t seen PS yet read on and save yourself two hours. Just kidding. Or am I?

The first 30 seconds of the film told you the end.  The Creed family (this time an empty shell version with no feeling or personality) moves into their new home in Ludlow, Maine, wanting to slow life down and spend more time together. The problem with that is the family is so weakly portrayed, it was like sitting around a camp fire with blind, deaf people you don’t know, holding empty beer cans. Who the hell wants to do that? No one!

Everyone knows the plot for PS. Like in the first film adaption, the family cat, Church gets hit by a car. At the neighbor’s (Jud) request and to save the kids from feeling loss, gets buried in the sullied land behind a pet cemetery. OOH SURPRISE! It’s alive again the next day but is now its mean as shit! To be fair, I would be a bit mad if I finally escaped that hollow family only to be ripped from the afterlife and trust back into that home.

Moving forward, we get to the next big change. The producers thought rather than kill the youngest family member, Gage, they would instead smash the oldest daughter, Ellie, with a speeding semi-trailer. A good choice. It allowed the once buried and reborn-evil girl to interact with the family in a way a toddler couldn’t.

Now, if you find yourself wondering what magical force allows whatever they buried in the rocky soil to come back, albeit changed, don’t worry, this redux introduces the mythical wendigo.

What the hell is a wendigo you ask? It’s apparently a magically imbued, human-flesh-eating creature, corrupted by its lust of flesh eating. Where did I learn that? Not in the movie—that’s for damn sure. If you don’t explain a crucial element, then leave it out and/or up to the imagination.

Something else new-ish was the introduction of Rachel’s sister Zelda. Why was Zelda in the film? To create the worst thing directors use to carry a horror story when the plot can’t. Jump scares. It worked a couple times but quickly became obnoxious.

Zelda suffered from a debilitating disease causing her to look like a bony hagfish that went through a meat grinder. Bed ridden, she somehow managed to walk to the dumbwaiter and fall down it to her death, scaring the crap out of her sister in the process. Magic.

Now, the movie wasn’t all bad. I actually enjoyed it despite its many problems. The story hung pretty close to the original and most of the deviations felt natural or were improvements.

Oh, the ending! Yeah. I almost forgot. So… Everyone dies. EVERYONE. Mom, dad, daughter, son, neighbor. Every character with a name. Dead. They did it different that the original and it was so much better!

Once dad left Gage locked in the car and went to the woods to meet his demise, you forget about the poor kiddo. Until mom, dad, and sis return with grumpy cat to make their family whole again. It was a delicious ending.

Should you see it? Yes.

Is it the best King adaptation? No. The original is.

What is the thing I missed most from the original? Good acting and believable characters. Oh, and Jud’s accent.

What is the ultimate ruling? “Sometimes, dead is better.” Don’t fix what isn’t broken. 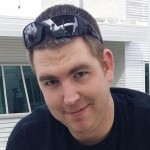