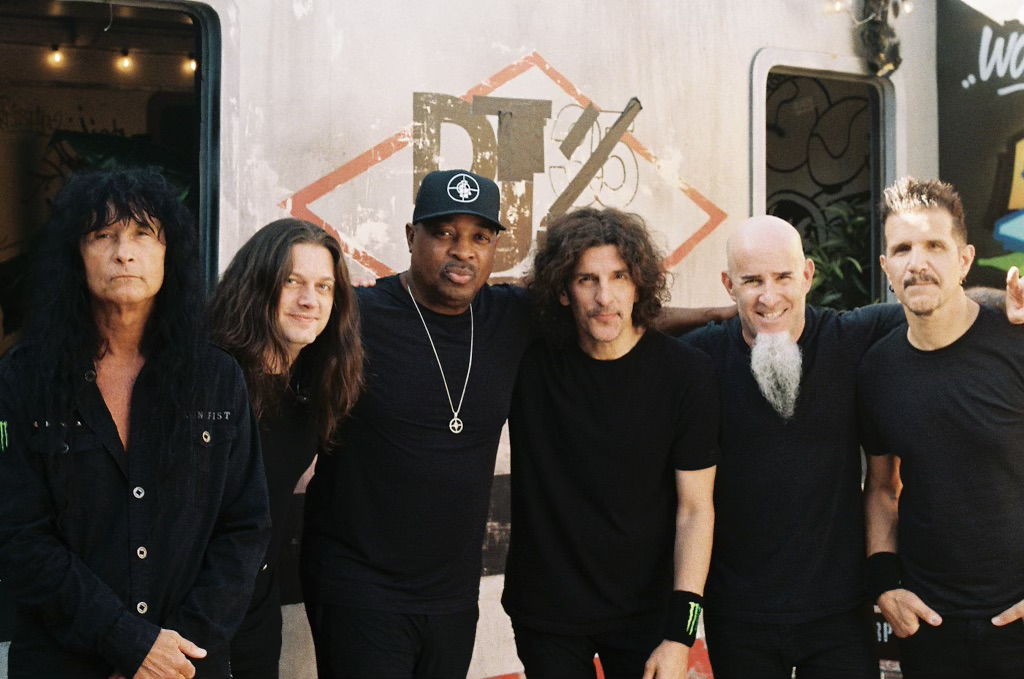 Breakout Publisher Returns to the Convention Floor with Some of the Biggest Names in Their 2021 Line Up; Including
Anthrax, Chuck D of Public Enemy, Esoteric of CZARFACE,
My Chemical Romance’s Mikey Way,
Spencer Charnas of Ice Nine Kills and More

NEW YORK, NY—The leading publisher of music-based graphic novels continues to make noise, announcing huge names from music and comics in attendance at this year’s convention to debut and announce future projects throughout the weekend!

In partnership with American Music Supply, fans will have a once in a lifetime opportunity to meet some of the biggest names behind Z2’s 2021 publishing slate including a special appearance by originators of rap and rock’s crossover, Chuck D of Public Enemy and all five members of Anthrax!

First up on Friday at 1-2 pm, My Chemical Romance and Electric Century’s Mikey Way will sign advance copies of his upcoming graphic album Electric Century with co-writer Shaun Simon (The True Lives of the Fabulous Killjoys)!

This past year, Z2 Comics published graphic novel tie-ins Ice Nine Kills’ fan favorite album The Silver Scream, as well as all-new immersive experiences meant to be consumed together, with Mikey Way’s Electric Century and the 2022 release of Graham Coxon’s Superstate. We invite you to an exclusive discussion around how these and other artists are redefining art and music in tandem with an entirely new format and experience. Join Z2’s Jeremy Atkins in discussion with Mikey Way and Shaun Simon (Electric Century), Ice Nine Kills frontman Spencer Charnas,Esoteric of CZARFACE for this once in a lifetime panel bringing together the biggest names in hip hop, rock and beyond!

Following the panel, catch Ice Nine Kills’ Spencer Charnas back at the Z2 booth from 5-6 pm, followed immediately afterward by Seamus “Esoteric” Ryan of CZARFACE and superstar comic book artist David Mack, signing an exclusive print to be revealed ahead of the show!

Saturday will continue a star-studded lineup with the addition of the one and only Chuck D of Public Enemy, and Joey Belladonna, Frank Bello, Charlie Benante, Jon Donais, and Scott Ian of heavy metal legends Anthrax!

Chuck D leads off the day from 12 -1 pm with his first-ever appearance at New York Comic Con, in celebration of the impending release of the Z2 graphic novel Apocalypse 91: Revolution Never Sleeps, celebrating the 30th anniversary of the legendary album of the same name!

Seamus “Esoteric” Ryan of CZARFACE returns for his second appearance from 1-2 pm.

All five members of the Anthrax lineup contributing to the critically acclaimed Among the Living graphic novel will sign from 2-3 pm.

Following just after, Chuck D and Anthrax will take the stage together for the first time in over a decade in room 1A21 at a special panel presentation to celebrate 30 years since their landmark collaboration of “Bring the Noise!”

30 years after this landmark collaboration brought together the worlds of rock and rap music, Chuck D of Public Enemy and the entire Anthrax lineup find themselves reunited in an all-new medium, determined to make history again with the releases of their respective graphic novel debuts. Join Rolling Stone writer/editor Kory Grow, Chuck D, and all five members of Anthrax for what will surely be the can’t miss panel of the convention, with a look back at their musical collaboration, as well as insight into the creative process behind the Apocalypse 91 and Among the Living graphic novels.

At 6 pm, all five members of Anthrax and Chuck D will sign TOGETHER in the Z2 booth to close out the show!

Full schedule of events for Saturday can be found below:

Without a doubt, this will be Z2’s biggest convention to date, with announcements of NYCC exclusive items yet to come in the days before the doors open to the convention hall!