Title: Stray #1
Publisher: Action Lab
Writer: Vito Delsante
Artists: Lee Gaston and Sean Izaakse
Colorists: Chris O’Halloran and Wilson Ramos Jr
Letterer: Full Court Press
Cover Artist: Sean Izaakse
Price: $3.99
Rating: 5 out of 5 stars
Website: http://www.actionlabcomics.com/
The first issue of Action Lab’s new ongoing series Stray kicks off an exciting superhero adventure.
Part of Action Lab’s ActionVerse, costumed crusader Stray recollects his past as a member of a teenaged superhero team to figure out a threat he now faces.
Stray #1 was written by Vito Delsante with art by Lee Gaston and Sean Izaakse with coloring by Chris O’Halloran and Wilson Ramos Jr.
I tried Stray on a lark and was pretty impressed. This issue is part of an origin story as Stray, now a crime-fighter in his own right, recalls his days as a youthful superhero sidekick to solve a mystery in the present. Chasing down a criminal responsible for cop-shootings, Stray comes to the conclusion that the person is someone he knows. The story then jumps back into the past as he recalls the building of his teen superhero team and his relationship with the person.
The opening “story so far” page seemed a bit overwhelming as it introduced me to the Stray character and his place in the ActionVerse. Although I was not familiar with the continuity of this universe, I was able to keep up as the book played along with some familiar themes of the golden/silver age super-team comics.
The first issue of Stray is a great foundation for this series. I’m interested in what’s happening and the story behind the person he’s encountering. Delsante presents you with a strong story, but also leaves a lot of open threads that I am sure will be resolved or touched upon in the future.
I really dug the artwork, especially Sean Izaakse’s work. It’s what initially inspired me to pick up Stray. It’s really strong and has a nice flow of action. Lee Gaston carries the momentum from page 6 onward. Gaston’s art appears simpler but as his pages are in flashback, it works. The colors are bright and poppy, reminiscent of silver age comics but are still modern in approach.
I enjoyed reading this issue and how it tapped into the fun adventure that I don’t see too often in comics nowadays. Stray #1 is solid and will draw you into the ActionVerse.
Stray #1 is what superhero comics should be about. Its fast, fun and an adventure you want to go on. 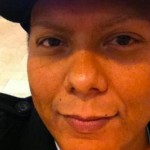