The most famous spy in fiction returns to heat up the summer comics season with a thrilling tale of double agents, assassins, old flames, and heaps of intrigue. James Bond finds himself outplayed with a metaphorical bad hand on a Russian excursion, forced to eliminate an asset he was meant to extract. A shootout with his enemy counterparts leaves Bond with more questions than answers… questions about their American accents, their bleeding-edge technology, and most importantly, how they seem to know so much about him. 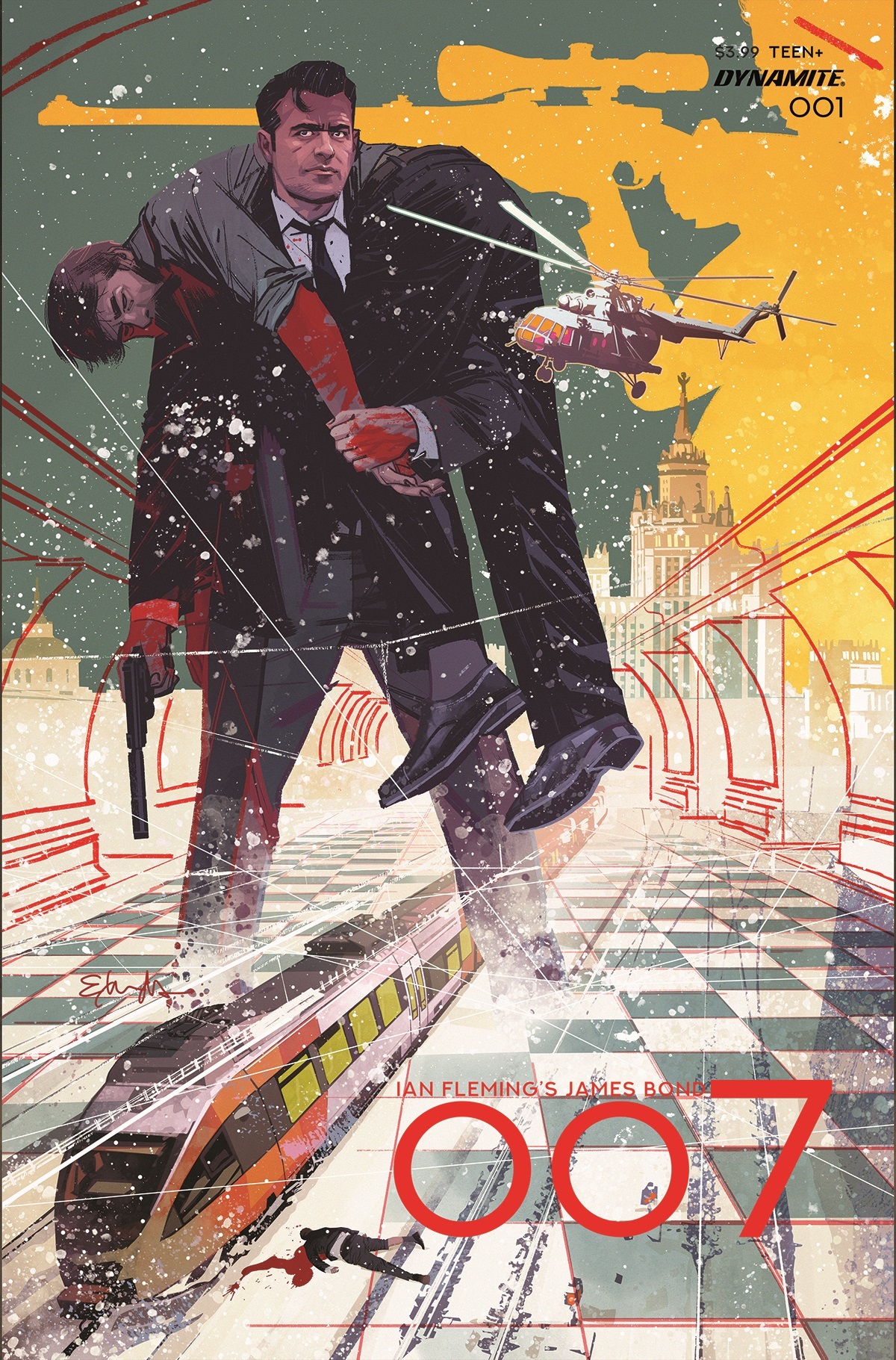 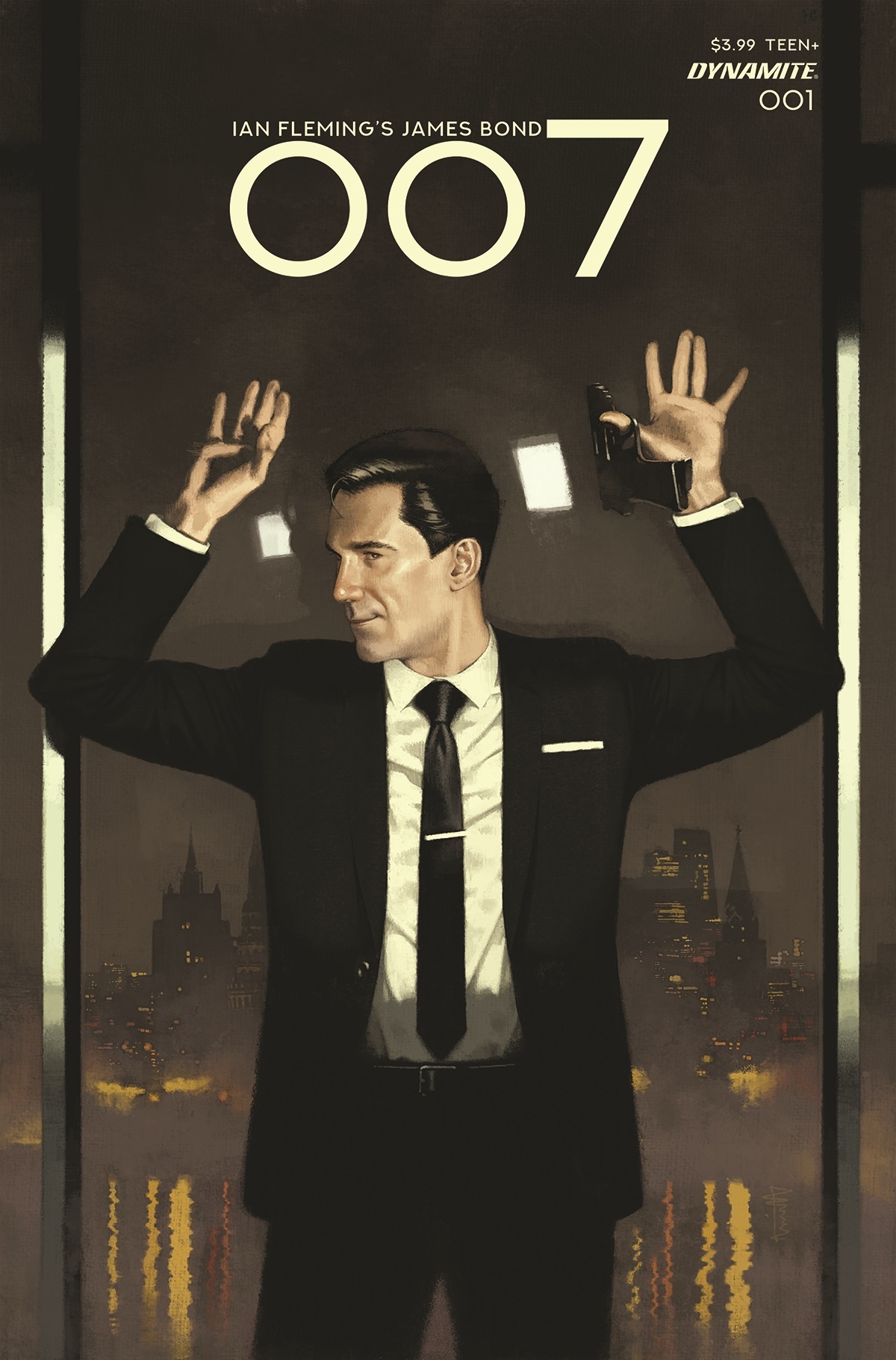 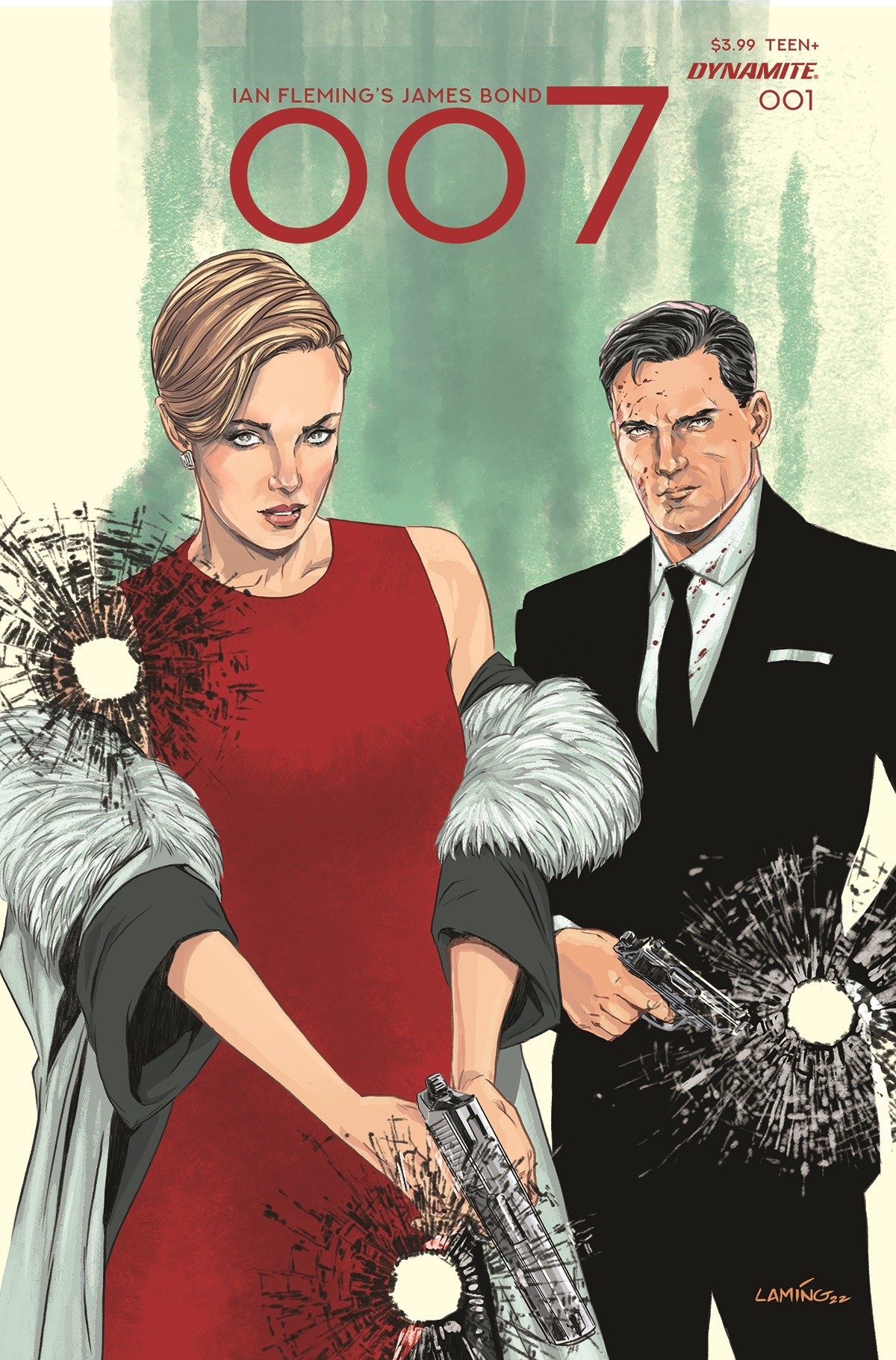 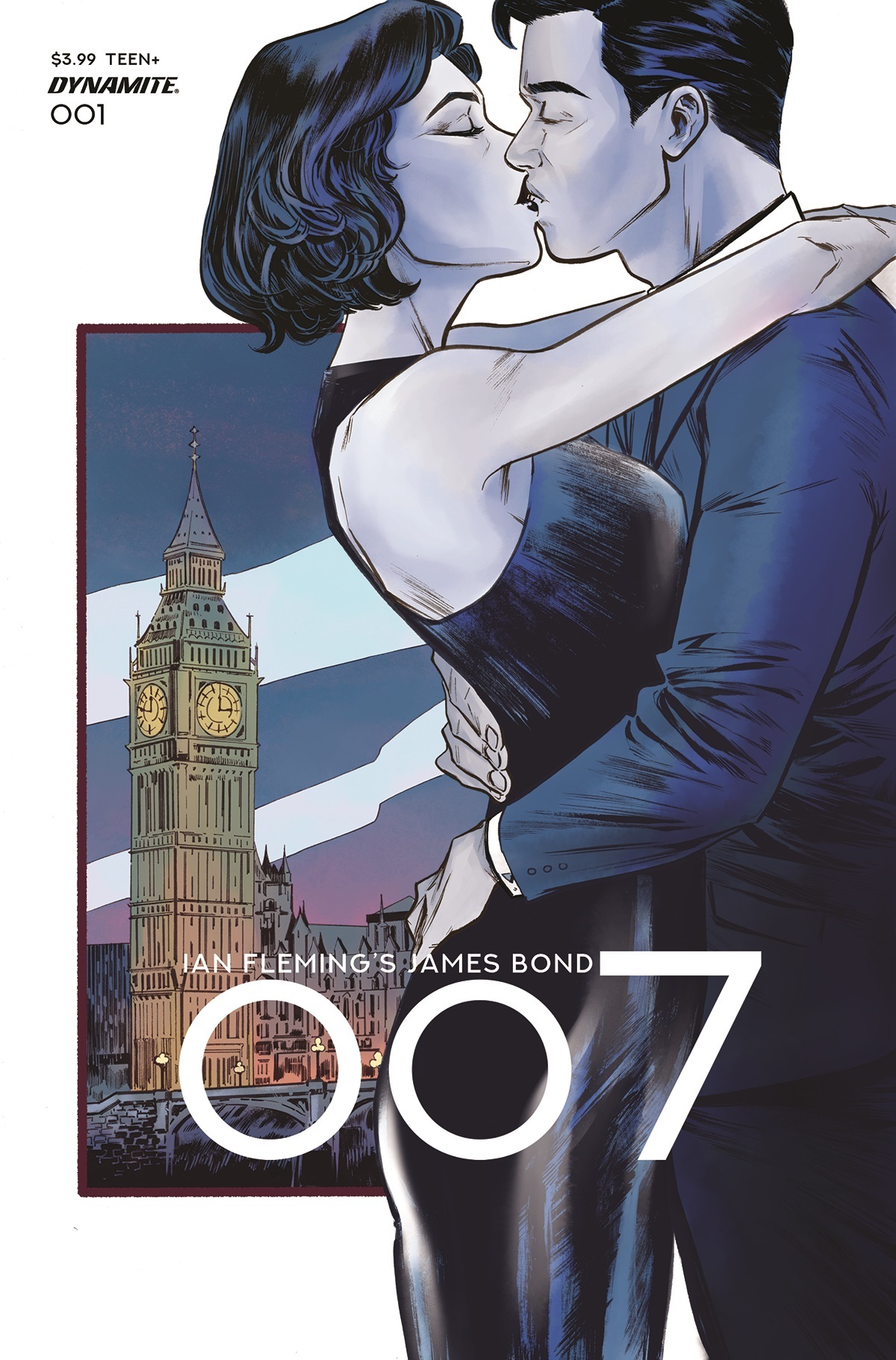 Abandoned by his superiors, facing suspension at MI6, and questioning his waning sense of duty, 007 gets an urgent message from former 00 agent Gwendolyn Gann, a mentor and old flame from his earliest days. Gann’s gotten back in the spy game, and needs Bond’s help… but will Bond make it on time? And what are her ties to the mysteruous new player known only as Myrmidon?

“Contributing to the generations-long saga of James Bond is a great honor and a ton of fun,” said Phillip Kennedy Johnson. “Marco and I are going to give readers all the things that make them love Bond—the action and physicality, the tech, the sense of style, the inherent coolness in Bond’s every word and action—but we’re also bringing some things they haven’t seen before. We’ve seen plenty of Special Agent James Bond, but we don’t often see much SPYCRAFT in what he does. That’s an element that sometimes gets lost, and I want to bring it back without giving up the car chases or bone-crunching action. We’re also introducing some characters that I’m SUPER excited for readers to meet… characters who put some intriguing new spins on readers’ expectations.”

The new series, titled 007, takes readers on a rollercoaster ride through the high stakes world of intelligence and espionage, with a healthy dash of breakneck action. Johnson brings back fan-favorite characters while also introducing a whole new cast, keeping readers guessing about their motives and loyalties. Gwen Gann is a new “Bond girl,” with a storied past, a quick wit, and skills to rival Bond’s own. Of course there’s a new big bad as well, but that would be a bit of a spoiler…

Phillip Kennedy Johnson is an Eisner Award-nominated bestselling writer renowned for his ongoing take on Superman, the current core story of the Alien(s) franchise in comics, and his fan-favorite fantasy epic The Last God. Beyond writing, he serves as a Master Sergeant in the United States Army. Though separated by an ocean and occupational specialty, his military experience is influencing the exciting new take on 007.

Johnson and Finnegan are joined by a team of top tier agents… cover artists to depict the super spy. Tommy Lee Edwards, Marc Aspinall, Soo Lee, and returning 007 artist Marc Laming all contribute captivating takes on Bond that leap off the covers like all the classic posters. 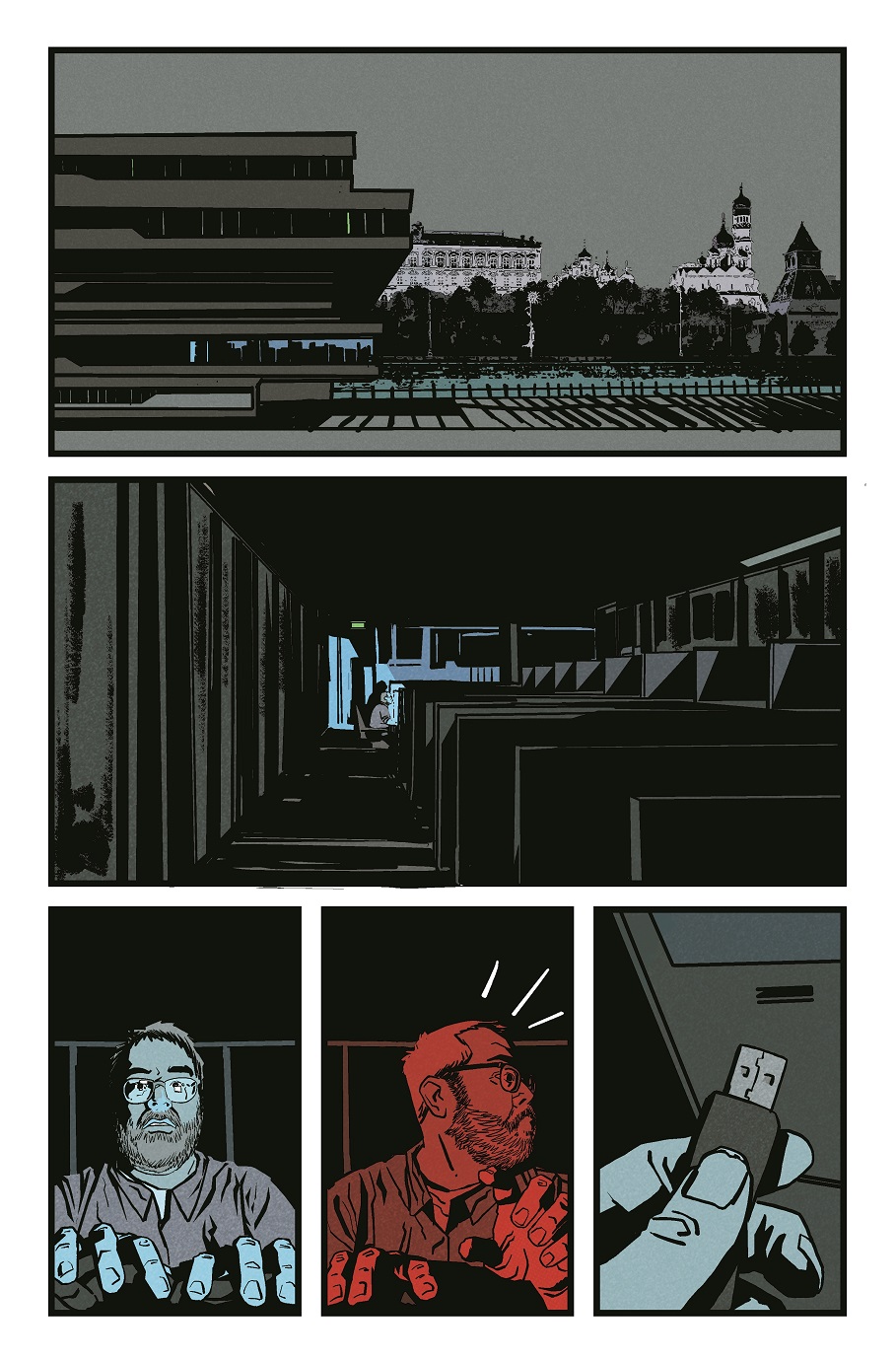 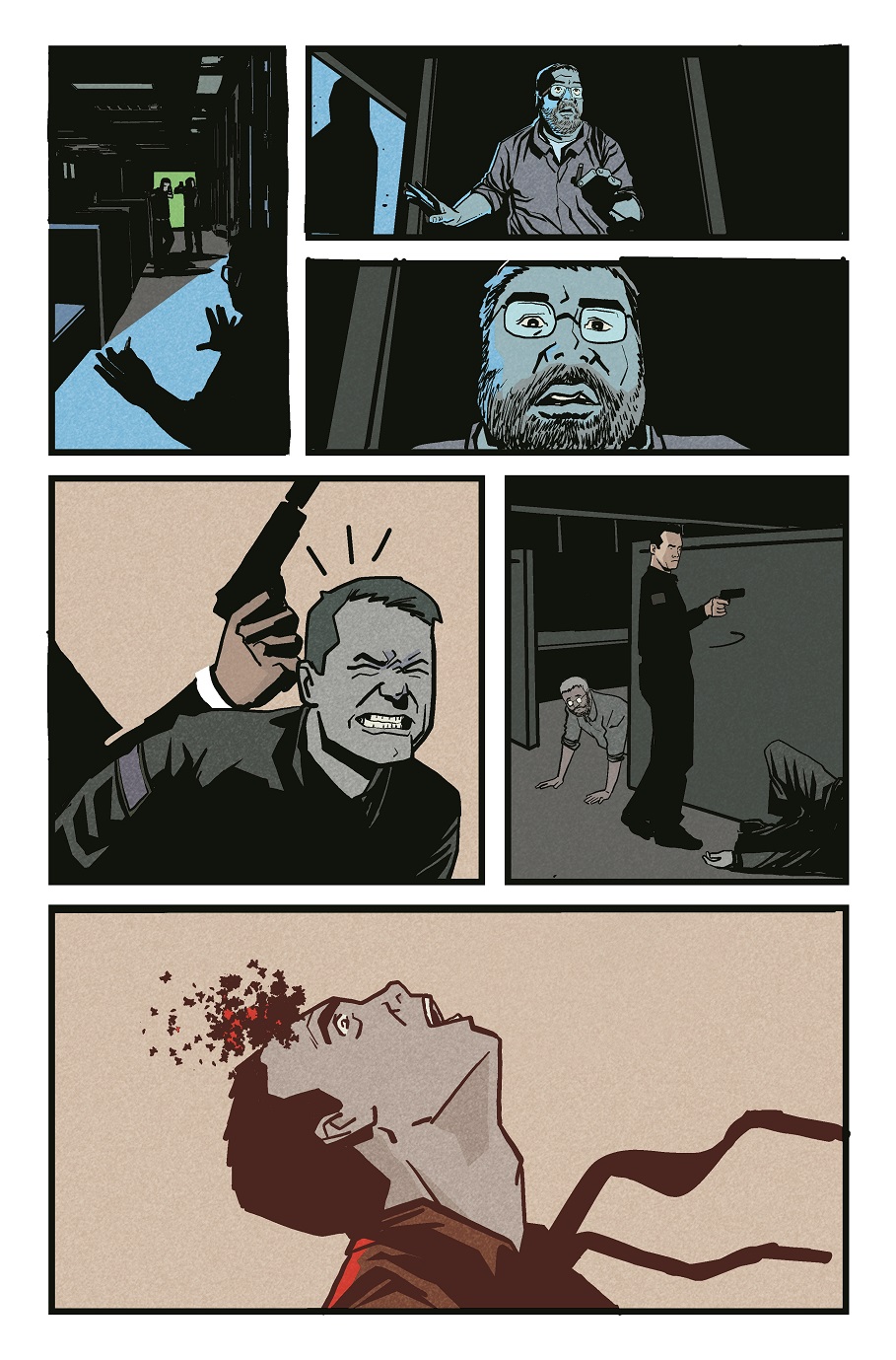 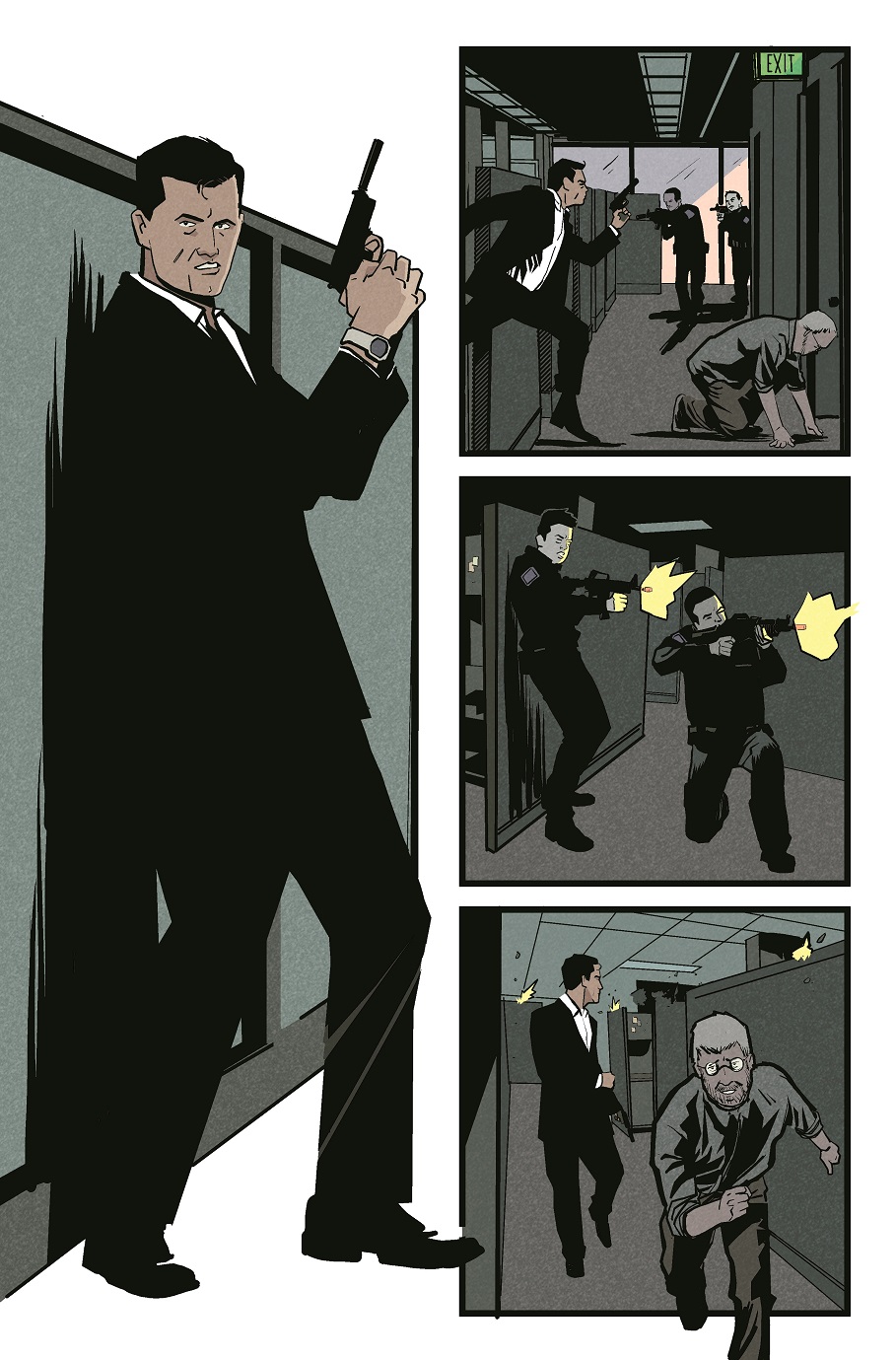 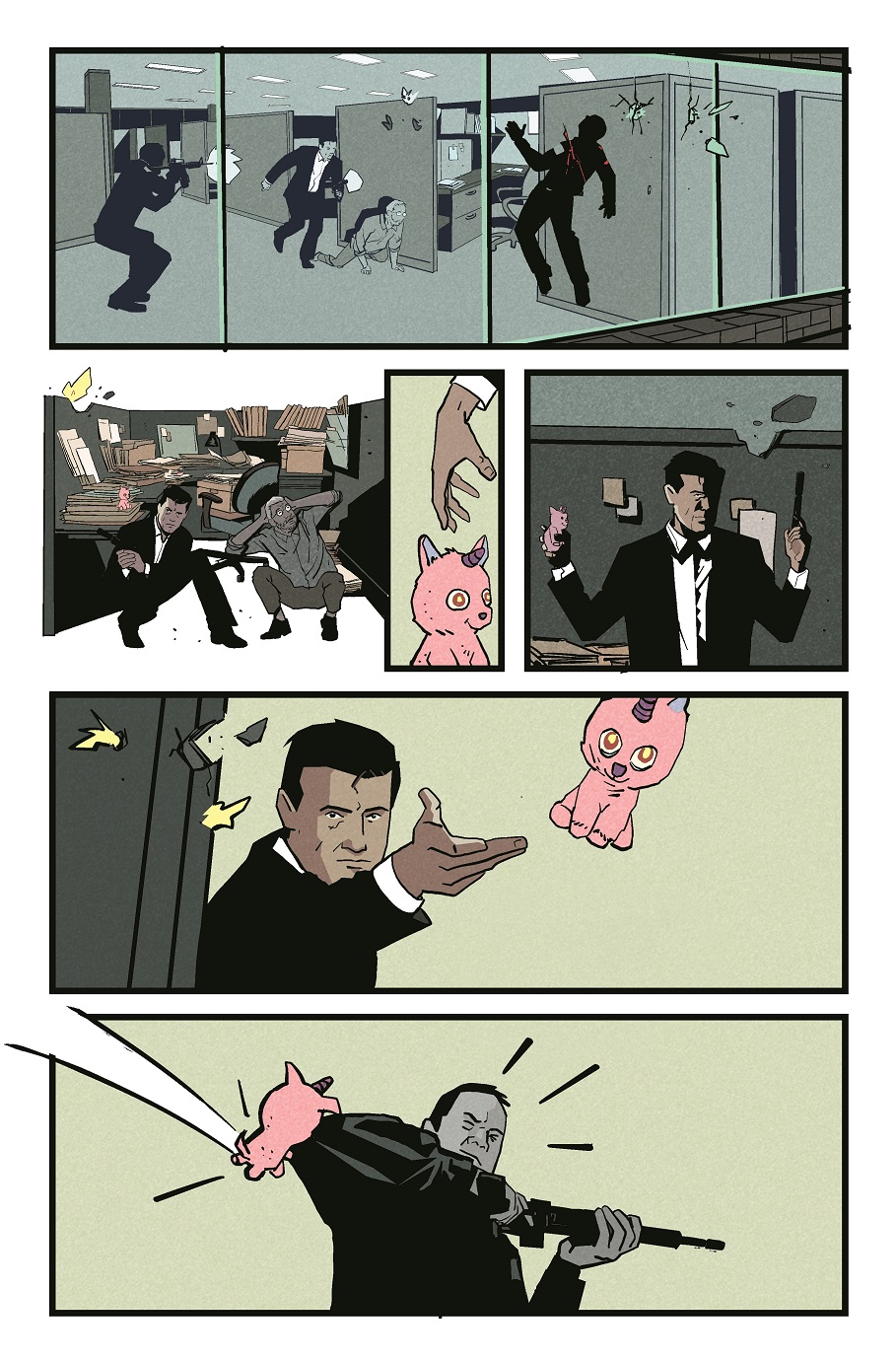 007 #1 is solicited in Diamond Comic Distributors’ June 2022 Previews catalog, the premier source of merchandise for the comic book specialty market, and slated for release in August 2022. Comic book fans are encouraged to preorder copies of the issue with their local comic book retailers. It will also be available for individual customer purchase through digital platforms courtesy of Comixology, Kindle, iBooks, Google Play, Dynamite Digital, ComicsPlus, and more!