“Maria Llovet is one of the most important cartoonists today. Her work is bursting with joy, sensuality, and passion.”—Brian Azzarello 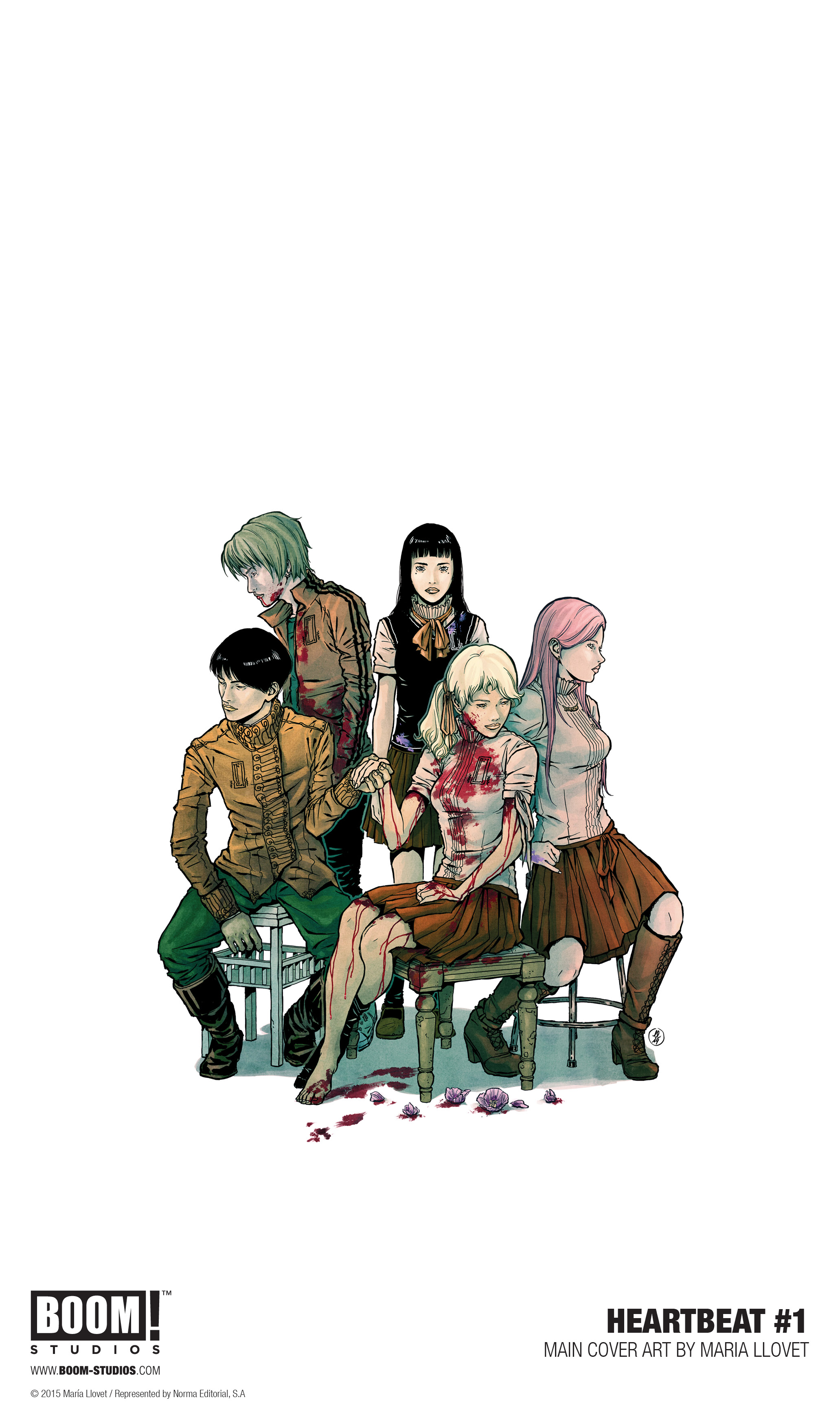 Maria Llovet is a multidisciplinary artist from Barcelona, who has published several graphic novels, including There’s Nothing There and Loud. Llovet is currently the artist on Brian Azzarello’s series Faithless from BOOM! Studios. Her illustrations have been characterized by cinematic influences in its visual narrative, with sex and death as central themes permeating her work.

“The idea for HEARTBEAT came from seeing the Japanese movie Kokuhaku (Confessions). In this movie, they mentioned a pair of girls that were fans of a psycho-killer, and the concept made me think, what if my main character was to see the person she liked doing something terrible, what would happen? Which values would be put above others?” said cartoonist Maria Llovet. “HEARTBEAT was also a point of inflection in my career. After I finished it, I reconsidered absolutely everything about my art so I’m very excited that HEARTBEAT is going to be published by BOOM! Studios and will be able to reach so many new readers!”

“This series lives in the space between dark secrets and longing desires, and is absolutely addictive with each page turn, as we wonder just how deep Eva will be pulled in,” said Amanda LaFranco, Editor, BOOM! Studios. “Maria has entranced readers with her stunning and sensuous illustrations in Faithless, and she continues to impress in HEARTBEAT, with the characters, designs, and a twisted original story of her own.”

Print copies of HEARTBEAT #1 will be available for sale November 20, 2019 exclusively at local comic book shops