CHICAGO, IL – Devil’s Due Comics is launching a special promotion for the latest issue of Mercy Sparx (#14) – the first of its kind, offering original art from two of the new issue’s covers, in which three random back-issues of the series will activate special clues via augmented reality. The three key back-issue covers will reveal clues when using the app Artivive, available for iPhone and Android.*

The Grand Prize is original art to the issue #14 covers by Jenevieve Broomall and Daniel Leister. (one per each of the two grand prize winners). 100 Runners up will receive other rewards and swag based on a lottery system, ranging from sketches to free digital content.

At least two covers for Mercy Sparx #14 will feature augmented reality upgrades (not for the contest, but as an added value for all) – the Nei Ruffino cover and the Jenevieve Broomall / Ceci De La Cruz cover, with more possibly coming. In total the 48 page special edition includes six covers, and Devil’s Due is determining the amount of other covers to receive A.R. features tied to the success of it’s ongoing Kickstarter campaign.

But the scavenger hunt explores the extensive back-issue list that the Mercy Sparx publishing history entails. “Any cover from the series publishing history (including spin-offs and miniseries) could be one of the three special covers that trigger an A.R. experience,” says creator Josh Blaylock. “Going all the way back to the very first miniseries. Once you discover one of these special issues, the search begins inside for more clues. I wanted to do something fun with Augmented Reality that was more engaging than just showing off one enhanced cover, and I think this is a great way to explore the technology, while giving everyone a fun journey down memory lane, sifting through old comics.”

To participate, visit MercySparx.com for details, rules and instructions. Meanwhile, Mercy Sparx #14 will be available in comic book stores this September, and is now live on Kickstarter where special editions and merchandise is available.
Click to Being the Scavenger Hunt 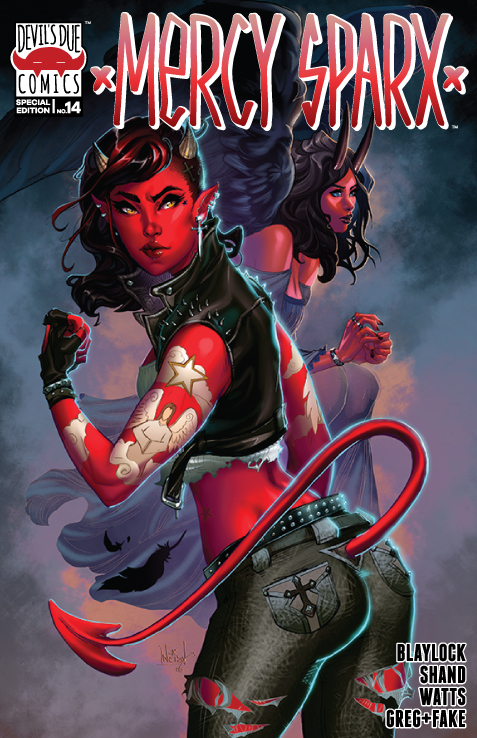 Once you’ve found an AR animated cover, the search for the clue inside begins! Scan the interiors for special pages, panels, or even just word balloons that activate an AR animation or clue.

After you’ve found the clues in all three issues, simply follow the instructions.

The first people to win will receive original art, followed by runners up who will be rewarded on a lottery system.

*Artivive is not affiliated with Devil’s Due Comics, Mercy Sparx, or any of their related affiliates or creators. It is only a tool being used for the augmented reality experience. 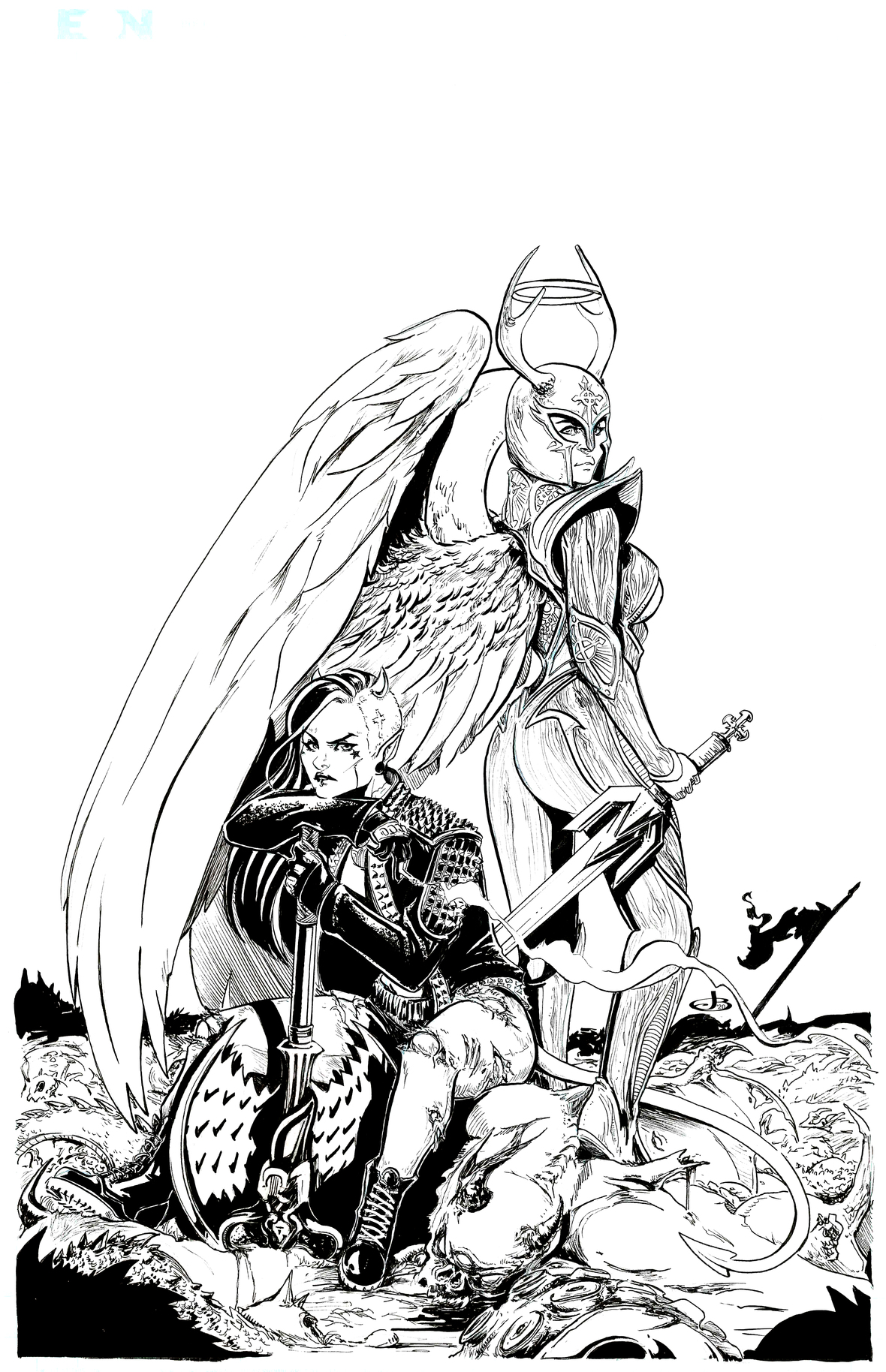 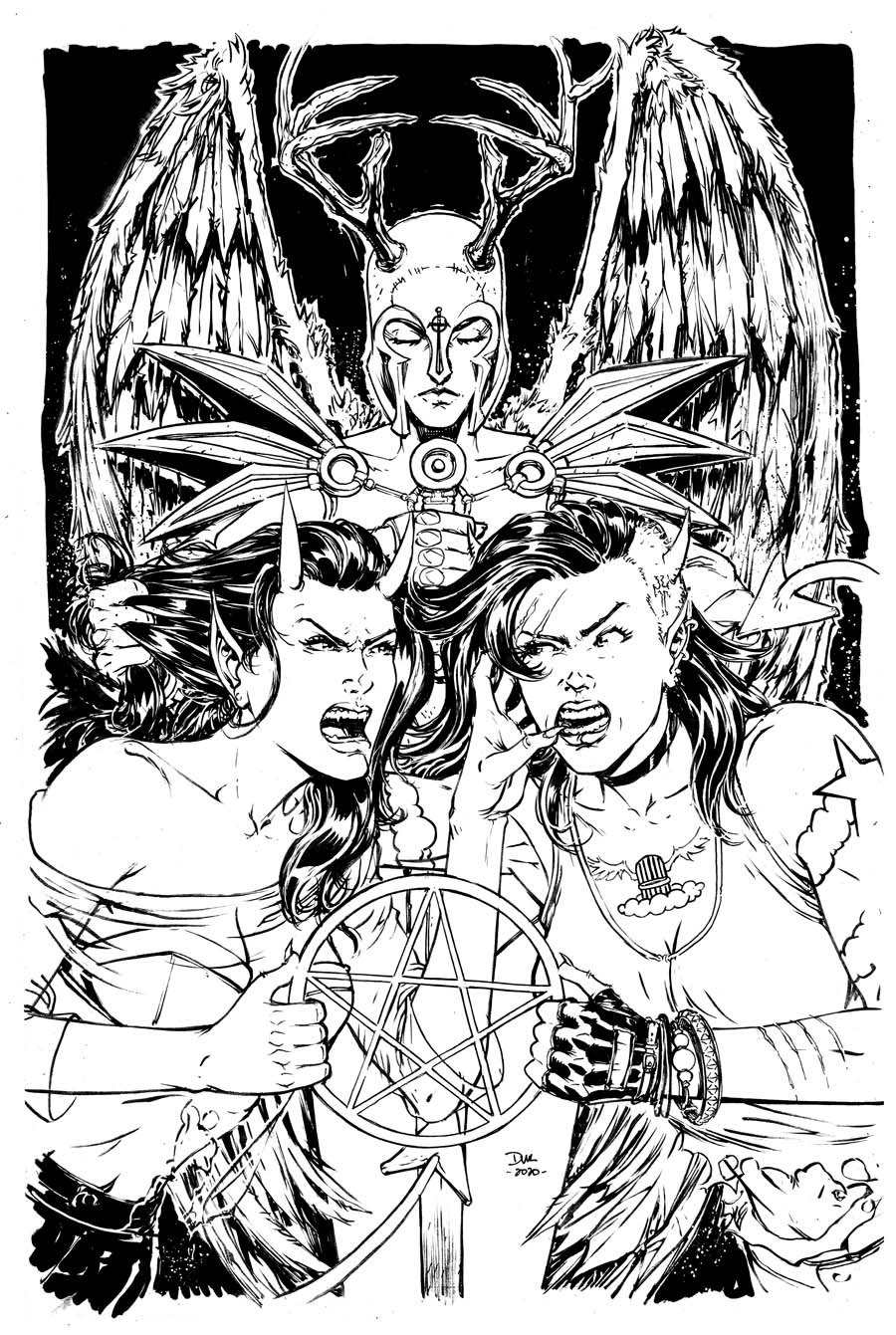 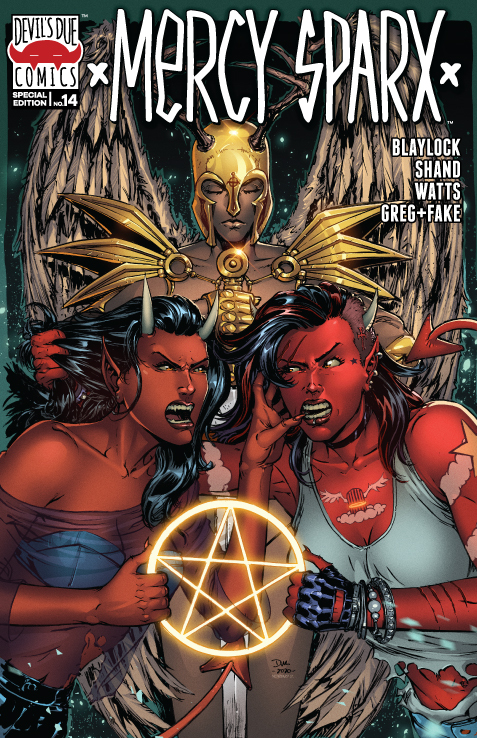 NO PURCHASE IS NECESSARY TO ENTER OR WIN. A PURCHASE WILL NOT INCREASE YOUR CHANCES OF WINNING. ALL FEDERAL, STATE, LOCAL, AND MUNICIPAL LAWS AND REGULATIONS APPLY. VOID WHERE PROHIBITED.

Mercy Sparx Original Cover Art Contest (the “Contest”) is open to legal residents of the fifty (50) United States and the District of Columbia who are at least eighteen (18) years old at the time of entry. Employees of PopCult Solutions, LLC and other companies associated with the promotion of the Contest, and their respective parents, subsidiaries, affiliates and advertising and promotion agencies as well as the immediate family (spouse, parents, siblings, and children) and household members of each such employee are not eligible. The Contest is subject to federal, state, and local laws and regulations.

The Contest begins on July 01, 2020 at 09:00 cst and ends on July 15, 2020 at 11:59 PM cst (the “Contest Period”). Entries that are submitted before or after the Contest Period will be disqualified. Submissions will be accepted for the duration of the Contest using any of the following methods:

Online: This method of entry will be available by visiting our website (www.MercySparx.com) and following the directions provided to fill out the entry information, and submit.

Limit one (1) entry per person, per email address, and per household for the duration of the Contest Period, regardless of method of entry. Entries received from any person, e-mail address, or household in excess of the stated limitation will be void. All entries become the property of Sponsor and will not be acknowledged or returned.

The potential winners will be notified by email, mail or phone. Each potential Grand and First Prize winner (parent/legal guardian if a minor in his/her state of residence) will be required to complete, electronically sign and submit a Declaration of Compliance within five (5) days of the date notice or attempted notice is sent, in order to claim his/her prize. If a potential winner cannot be contacted, or fails to submit the Declaration of Compliance within the required time period (if applicable), or prize is returned as undeliverable, potential winner forfeits prize. If the potential winner is at least 18 but still considered a minor in his/her jurisdiction of residence, Sponsor reserves the right to award the prize in the name of his/her parent or legal guardian, who will be required to sign the Declaration of Compliance on the potential winners behalf and fulfill any other requirements imposed on winner set forth herein. Potential winners must continue to comply with all terms and conditions of these Official Rules, and winning is contingent upon fulfilling all requirements. In the event that a potential winner is disqualified for any reason, Sponsor will award the applicable prize to an alternate winner by random drawing from among all remaining eligible entries. Only three (3) alternate drawings will be held, after which the prize will remain un-awarded. Prizes will be fulfilled approximately 8-10 weeks after the conclusion of the Contest.

In the event that the operation, security, or administration of the Contest is impaired in any way for any reason, including, but not limited to fraud, virus, bug, worm, unauthorized human intervention or other technical problem, or in the event the Contest is unable to run as planned for any other reason, as determined by Sponsor in its sole discretion, the Sponsor may, in its sole discretion, either (a) suspend the Contest to address the impairment and then resume the Contest in a manner that best conforms to the spirit of these Official Rules or (b) terminate the Contest and, in the event of termination, award the prize at random from among the eligible, non-suspect entries received up to the time of the impairment. The Sponsor reserves the right in its sole discretion to disqualify any individual it finds to be tampering with the entry process or the operation of the Contest or to be acting in violation of these Official Rules or in an unsportsmanlike or disruptive manner. Any attempt by any person to damage the website or undermine the legitimate operation of the Contest may be a violation of criminal and civil law, and, should such an attempt be made, the Sponsor reserves the right to seek damages (including attorney’s fees) and any other remedies from any such person to the fullest extent permitted by law. Failure by the Sponsor to enforce any provision of these Official Rules shall not constitute a waiver of that provision.

By participating in the Contest, entrants agree to release and hold harmless the Sponsor, and each of their respective parents, subsidiaries, affiliates, advertising and promotion agencies, other companies associated with the Contest, and each of their respective officers, directors, employees, shareholders, representatives, and agents (the Released Parties) from and against any claim or cause of action arising out of participation in the Contest or receipt or use of the prize (including any travel or activity related thereto), including, but not limited to: (a) any technical errors associated with the Contest, including lost, interrupted or unavailable Internet Service Provider (ISP), network, server, wireless service provider, or other connections, availability or accessibility or miscommunications or failed computer, satellite, telephone, cellular tower or cable transmissions, lines, or technical failure or jumbled, scrambled, delayed, or misdirected transmissions or computer hardware or software malfunctions, failures or difficulties; (b) unauthorized human intervention in the Contest; (c) mechanical, network, electronic, computer, human, printing or typographical errors; (d) application downloads, (e) any other errors or problems in connection with the Contest, including, without limitation, errors that may occur in the administration of the Contest, the announcement of the winner, the cancellation or postponement of the event and/or the flyover, if applicable, the incorrect downloading of the application, the processing of entries application downloads or in any Contest-related materials; or (f) injury, death, losses or damages of any kind, to persons or property which may be caused, directly or indirectly, in whole or in part, from entrants participation in the Contest or acceptance, receipt or misuse of the prize (including any travel or activity related thereto). Entrant further agrees that in any cause of action, the Released Parties liability will be limited to the cost of entering and participating in the Contest, and in no event shall the entrant be entitled to receive attorney’s fees. Released Parties are also not responsible for any incorrect or inaccurate information, whether caused by site users, tampering, hacking, or by any equipment or programming associated with or utilized in the Contest. Entrant waives the right to claim any damages whatsoever, including, but not limited to, punitive, consequential, direct, or indirect damages.

Except where prohibited, each entrant agrees that any and all disputes, claims and causes of action arising out of, or connected with, the Contest or any prize awarded shall be resolved individually, without resort to any form of class action, and exclusively by the appropriate court located in Illinois. All issues and questions concerning the construction, validity, interpretation and enforceability of these Official Rules, entrants rights and obligations, or the rights and obligations of the Sponsor in connection with the Contest, shall be governed by, and construed in accordance with, the laws of Illinois, without giving effect to any choice of law or conflict of law rules, which would cause the application of the laws of any jurisdiction other than Illinois.