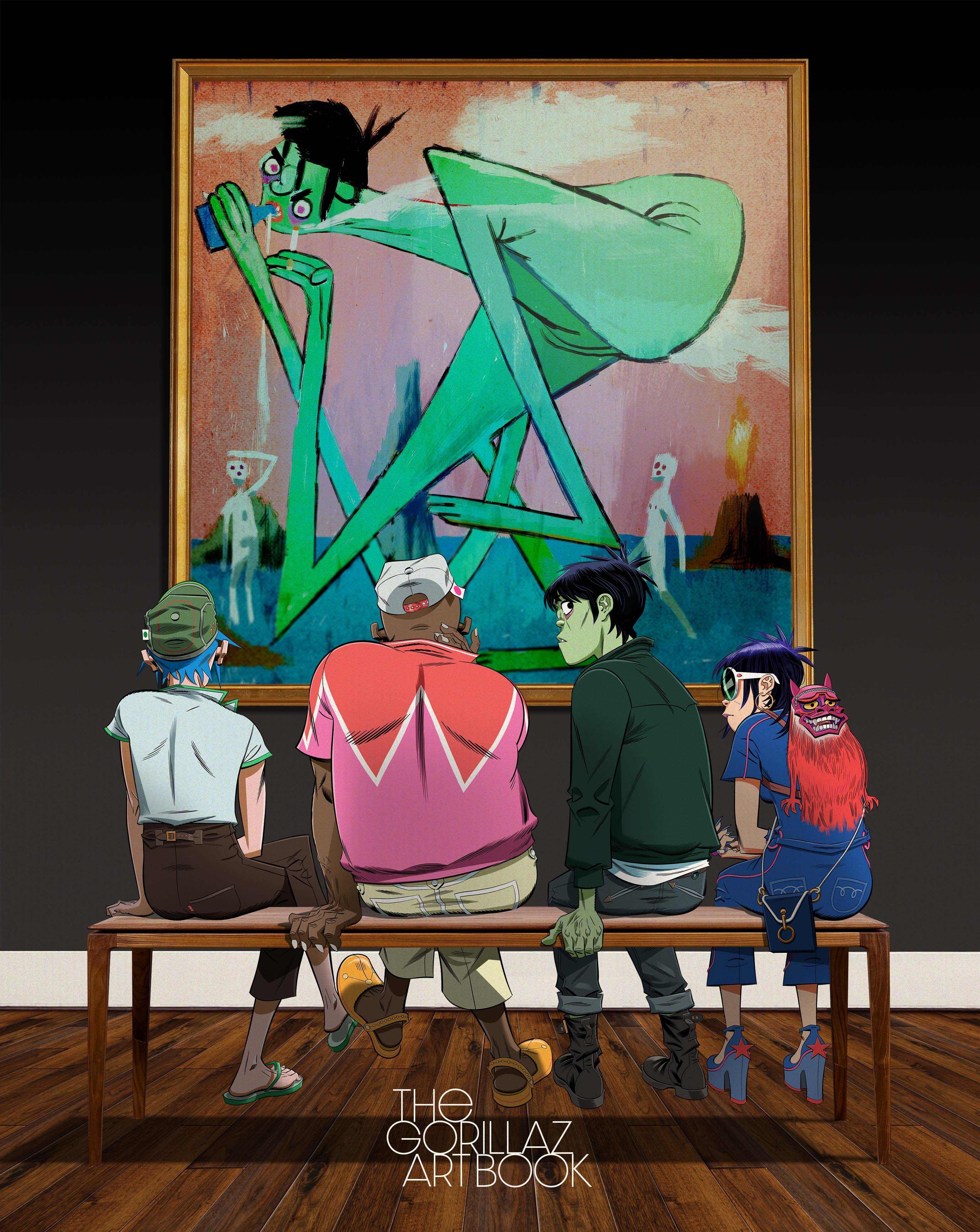 9th December, NEW YORK, NY—Celebrating the 20th anniversary of Gorillaz’ eponymous debut album, released in 2001, Gorillaz co-creator and acclaimed artist Jamie Hewlett has invited more than 40 creators to offer new interpretations of 2D, Murdoc Niccals, Noodle, and Russel Hobbs in one expansive volume. The first ever Gorillaz Art Bookdebuts this coming Spring 2022, featuring brand new artwork by Jamie Hewlett and a host of guest contributions from friends and admirers of the band, case bound at 12.6 x 9.2 inches and set across 288 pages of luxury art paper.

Created by musician Damon Albarn and artist Jamie Hewlett, singer 2D, bassist Murdoc Niccals, drummer Russel Hobbs, and Japanese guitar prodigy Noodle, Gorillaz were formed following a collision of mishaps, meetings and pure luck to blow up the real and digital worlds with their colorful backstory and ground-breaking virtual ways. Based at Kong Studios in West London, the band settled into a life of ongoing musical and artistic innovation with an eye-wateringly exciting roster of collaborators, a list that includes musical legends, geniuses, and future stars.

With this latest Z2 partnership, Hewlett is now expanding the band’s collaborative vision to fellow visual artists in The Gorillaz Art Book. He said of the project:

“Gorillaz have always collaborated with music but this is the first time we’ve done an art collaboration. I’ve really enjoyed working with so many of my favorite artists and the result is this amazing book.”

In addition to Hewlett, contributing artists include:

“We’re delighted to help bring so many intoxicating interpretations of the Gorillaz into one tome,” Z2 Comics Publisher Joshua Frankel explains. “The Gorillaz Art Book embraces the vibrant collaboration that Jamie and Damon introduced two decades ago and extends it to an amazing community of transgressive artists. The results speak for themselves.”

Z2 is also the publisher of the Gorillaz Almanac.Inspired by the great British tradition of the hardback annual, the Gorillaz Almanac is a full color, one-of-a-kind, fun-packed, 120+ page sideways homage to two glorious decades of Gorillaz. The book has sold 50,000 copies to date, making it the most successful non-music release in the band’s 20-year history.

The Gorillaz Art Book will be available this Spring 2022 from participating retailers and can be ordered directly from Z2. Pre order here. http://gorill.az/artbook