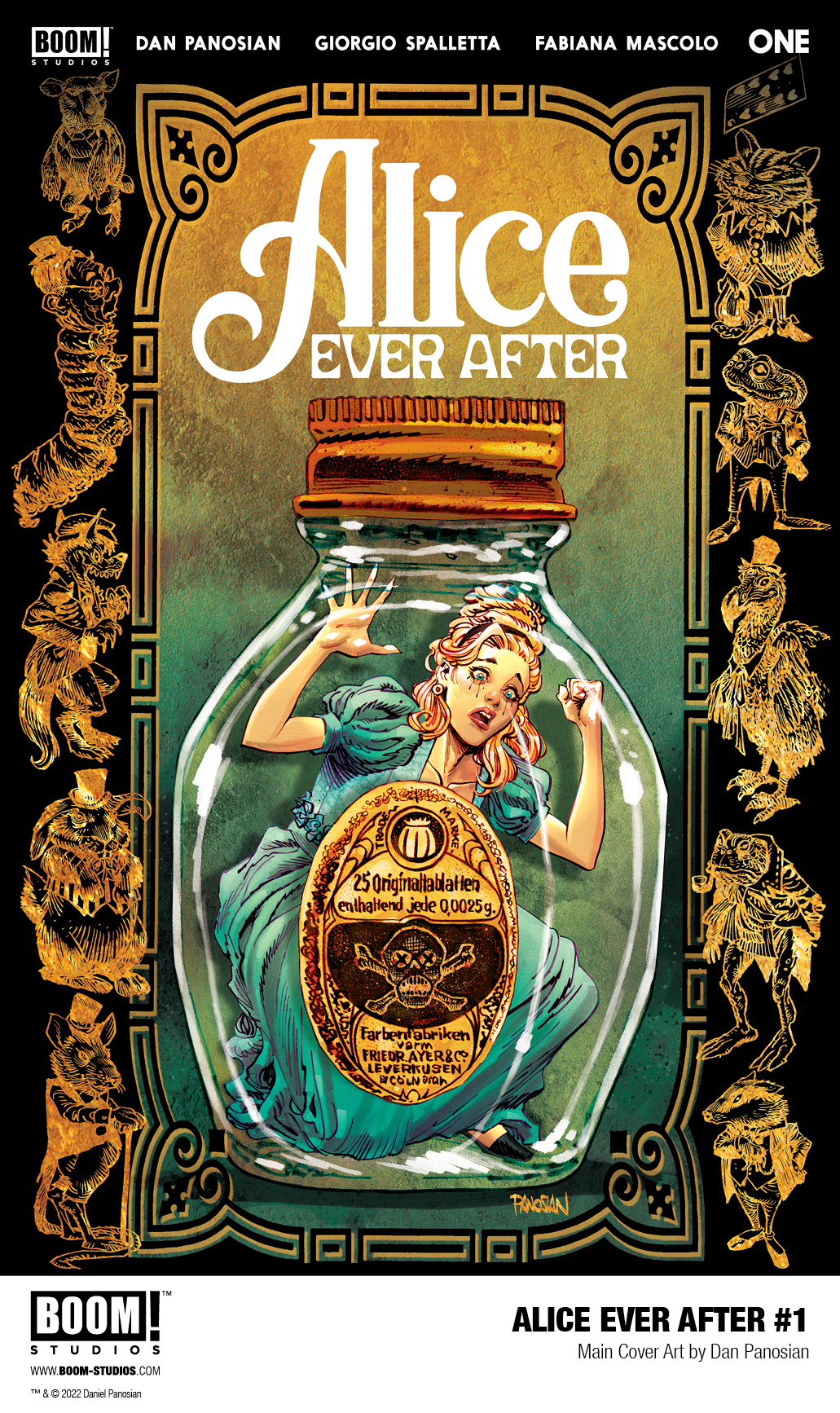 LOS ANGELES, CA (March 10, 2022) – BOOM! Studios today revealed a first look at ALICE EVER AFTER #1, the premiere issue of the new five-issue original series from superstar artist and writer Dan Panosian (An Unkindness of Ravens, Canary), artist Giorgio Spalletta (Red Sonja: Black, White, Red), colorist Fabiana Mascolo, and letterer Jeff Eckleberry, a darkly surreal tale of an adult Alice as she struggles with a choice between facing her trauma in the real world, or escaping to Wonderland… for good. Available in April 2022.

Alice first visited Wonderland as a child. Now grown up, it’s become her only escape from a cold, harsh world that feels even less real—a distant family, a tormented lover, and a father with secrets he’ll do anything to protect. But in order to return to her fantasy, Alice will need something much stronger than mushrooms. . .

Cursed with a growing addiction, Alice is forced into the twisted underbelly of London and pulled ever further from reality. Is her obsession with Wonderland truly a respite, or a one-way ticket to the dreaded… ASYLUM?

Witness Wonderland brought to life as never before, set against a vibrant but menacing Victorian London, as figures from Alice’s past adventures re-emerge in surprising new ways!

ALICE EVER AFTER #1 features main cover art by Dan Panosian, as well as variant cover art by superstar illustrators Jenny Frison (Something is Killing the Children), and J. Scott Campbell (The Amazing Spider-Man).

ALICE EVER AFTER is the newest release from BOOM! Studios’ eponymous imprint, home to critically acclaimed original series, including BRZRKR by Keanu Reeves, Matt Kindt, and Ron Garney; Something is Killing the Children by James Tynion IV and Werther Dell’Edera; Once & Future by Kieron Gillen and Dan Mora; We Only Find Them When They’re Dead by Al Ewing and Simone Di Meo; Seven Secrets by Tom Taylor and Daniele Di Nicuolo; The Many Deaths of Laila Starr by Ram V and Filipe Andrade; Basilisk by Cullen Bunn and Jonas Scharf; Faithless by Brian Azzarello and Maria Llovet; and the upcoming Grim by Stephanie Phillips and Flaviano. The imprint also publishes popular licensed properties, including Dune: House Atreides from Brian Herbert, Kevin J. Anderson, and Dev Pramanik; Mighty Morphin and Power Rangers from Ryan Parrott, Marco Renna, and Francesco Mortarino; and Magic from Jed McKay and Ig Guara.

Print copies of ALICE EVER AFTER #1 will be available on April 6, 2022 exclusively at local comic book shops (use comicshoplocator.com to find the one nearest you) or at the BOOM! Studios webstore. Digital copies can be purchased from content providers like comiXology, iBooks, Google Play, and Kindle. 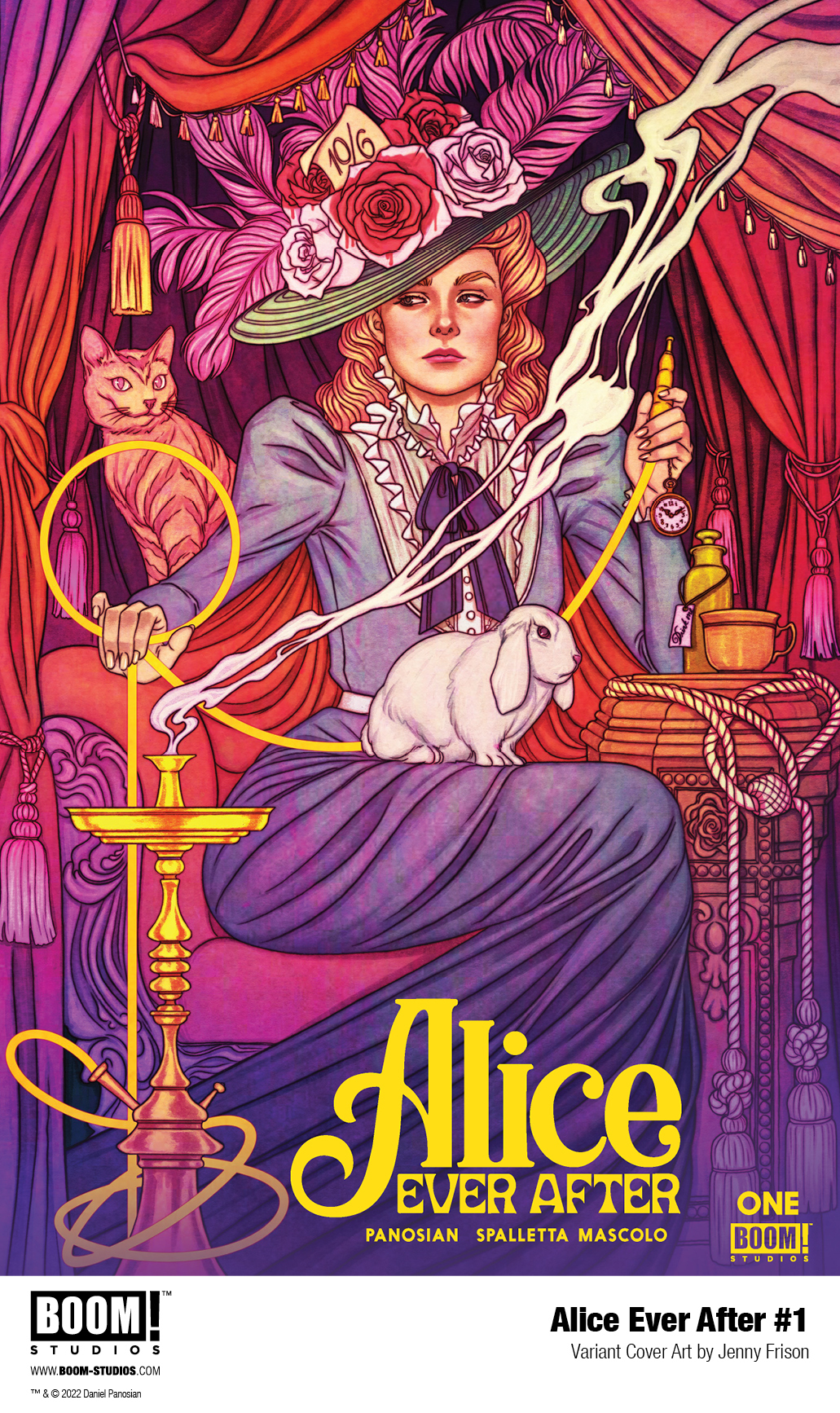 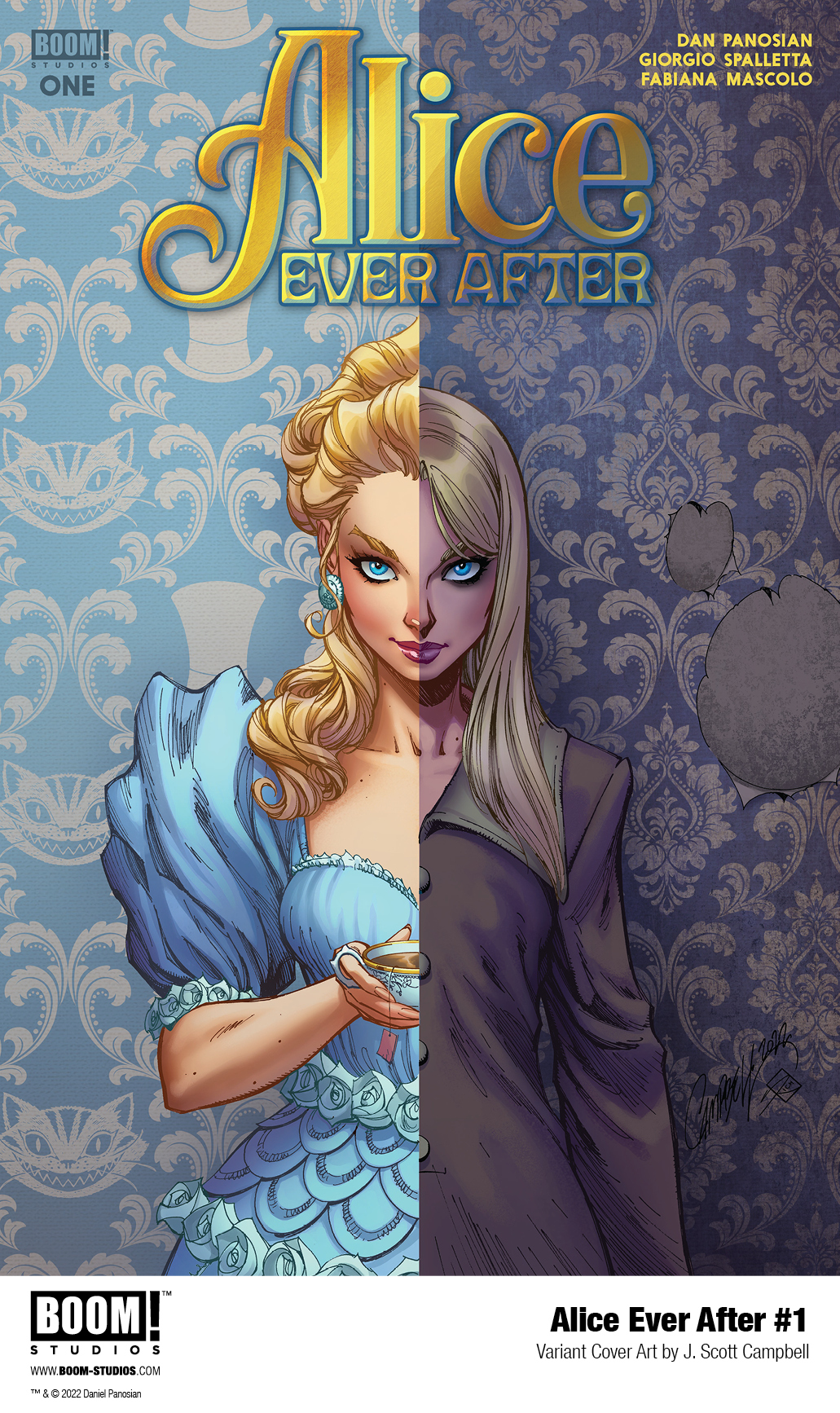 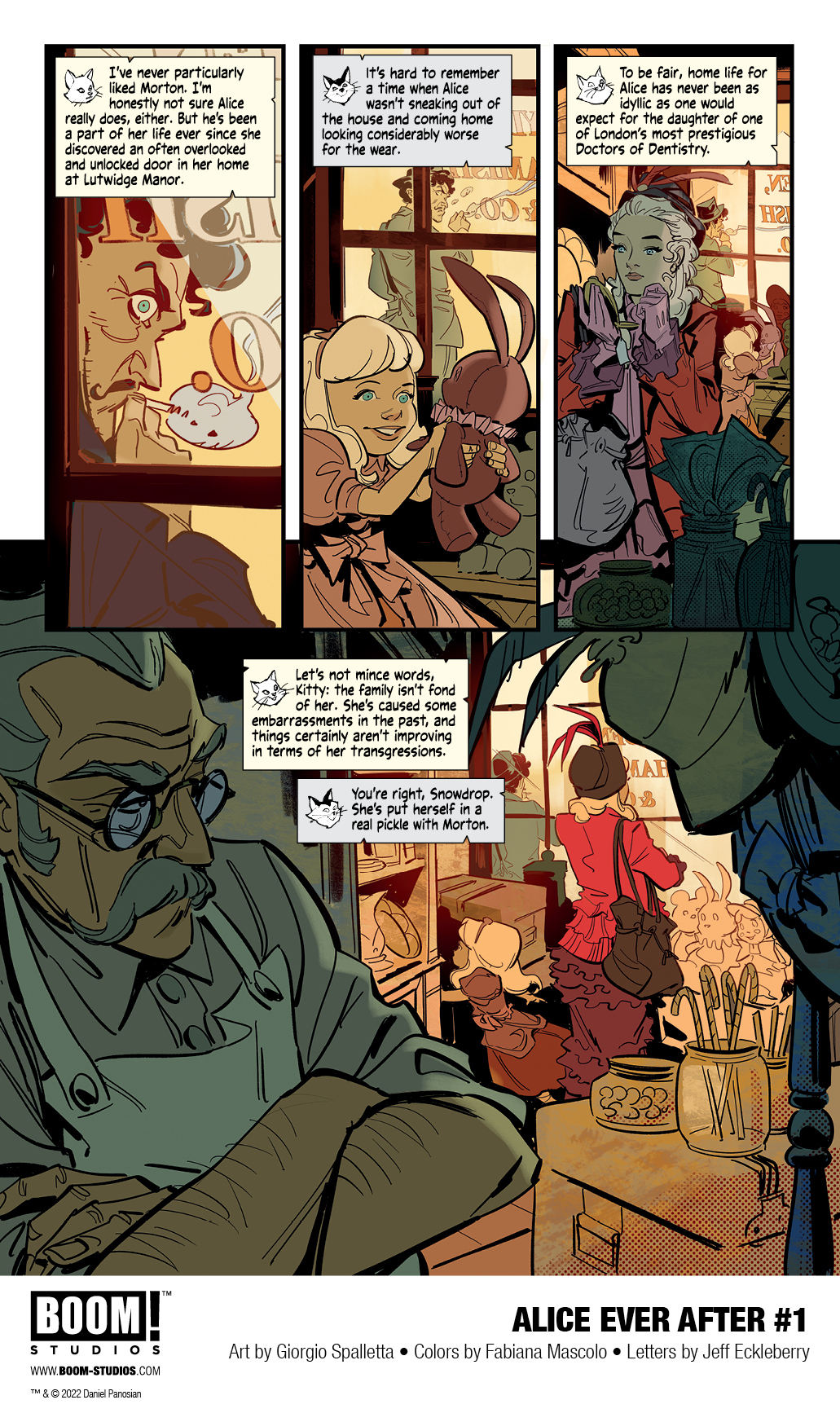 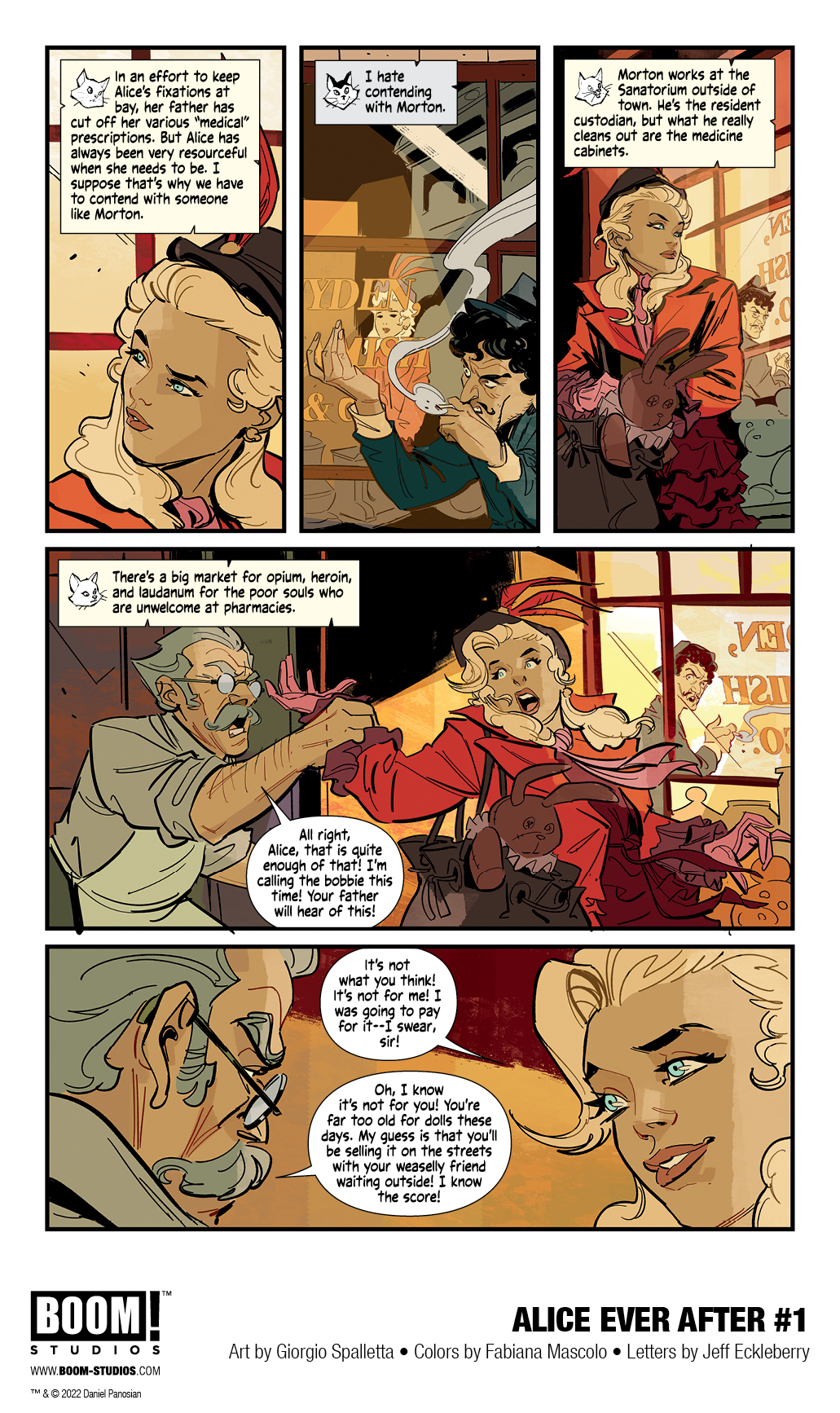 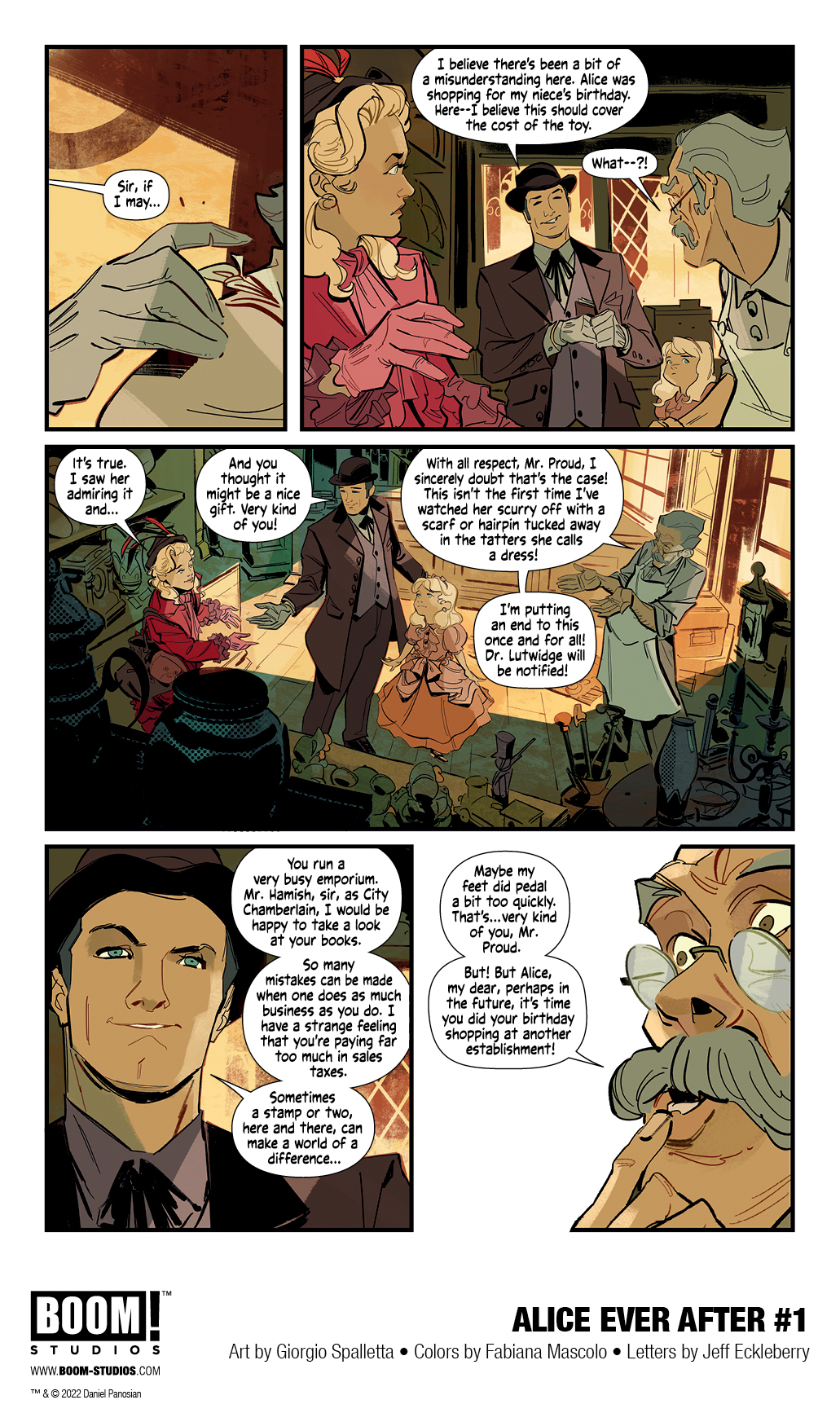 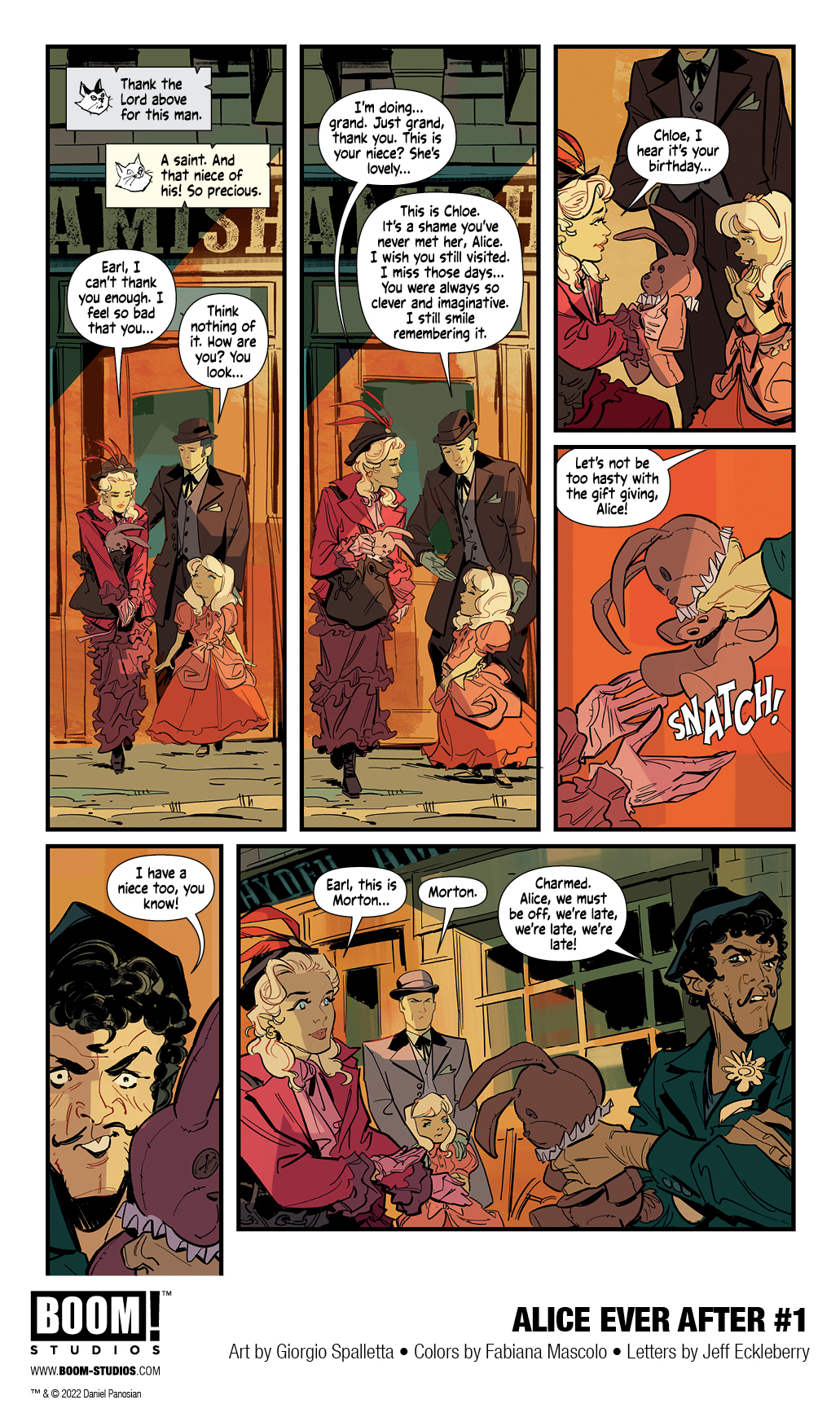 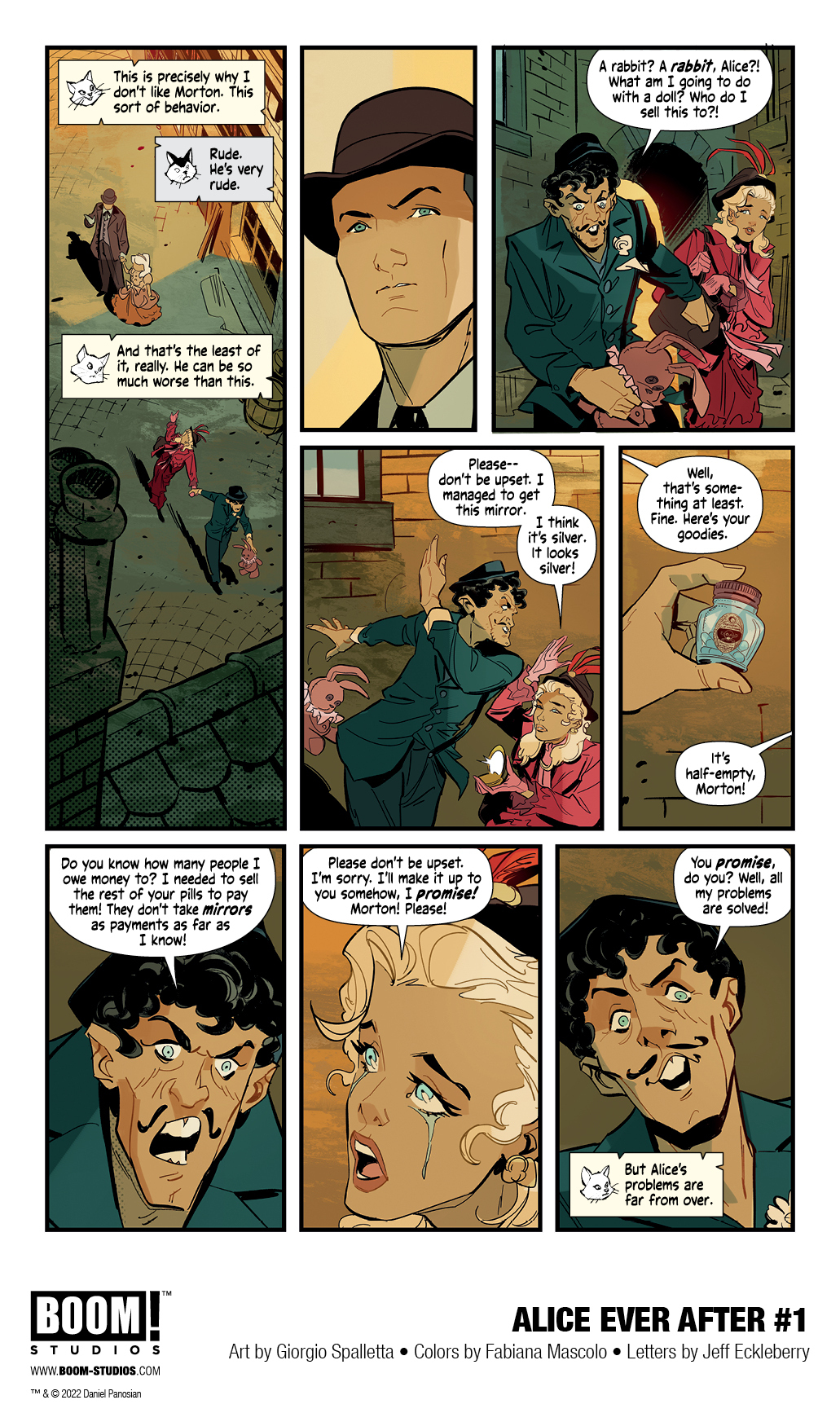