“From the very first page, creepy and confident.”—Kieron Gillen, Once & Future

“Has all the pacing, depth and visual style of the very best European Bandes Dessinées.”—David Hine, The Marked

“Creeped me the hell out, and I can’t wait for more!”—Gerry Duggan, Deadpool 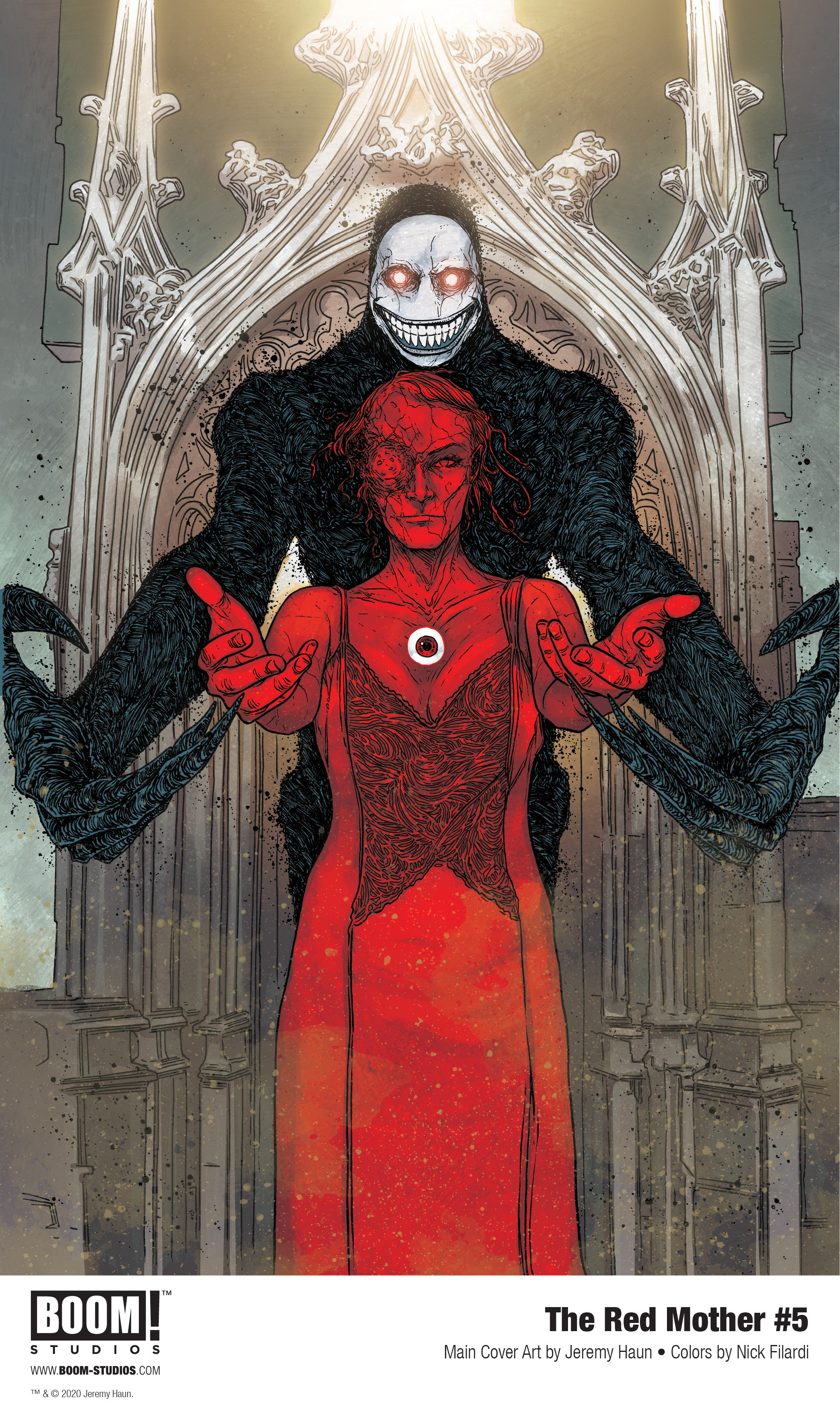 LOS ANGELES, CA (May 29, 2020) – BOOM! Studios is proud to reveal a first look at THE RED MOTHER #5, the latest issue of an all-new original comic book series from acclaimed writer Jeremy Haun (The Beauty, The Realm), artist Danny Luckert (Regression), and letterer Ed Dukeshire, about a young woman who survives a tragedy, only to be afflicted with sudden, unexplained visions of horror and forced to deal with the terrible consequences.

Daisy has taken the mysterious Leland Black up on his even more mysterious job offer, giving her a new outlet to exorcise her demons — but her visions of the Red Mother are only getting worse, and Daisy is beginning to doubt her own reality.

You can view the trailer here: THE RED MOTHER Trailer

THE RED MOTHER is the newest release from BOOM! Studios’ eponymous imprint, home to critically acclaimed original series, including Once & Future by Kieron Gillen and Dan Mora; Something is Killing the Children by James Tynion IV and Werther Dell’Edera; Faithless by Brian Azzarello and Maria Llovet; Abbott by Saladin Ahmed and Sami Kivelä; Bury The Lede by Gaby Dunn and Claire Roe; Klaus by Grant Morrison and Dan Mora; Folklords by Matt Kindt and Matt Smith; Alienated by Simon Spurrier and Chris Wildgoose; and King of Nowhere by W. Maxwell  Prince and Tyler Jenkins. The imprint also publishes popular licensed properties including Joss Whedon’s Firefly from Greg Pak and Dan McDaid; Buffy the Vampire Slayer from Jordie Bellaire and David López; Angel from Bryan Edward Hill and Gleb Melnikov; and Mighty Morphin Power Rangers from Ryan Parrott and Daniele Di Nicuolo.

Print copies of THE RED MOTHER #5 will be available for sale June 3, 2020 exclusively at local comic book shops (use comicshoplocator.com to find the nearest one) or at the BOOM! Studios webstore. Digital copies can be purchased from content providers, including comiXology, iBooks, Google Play, and Madefire. Due to the ongoing impact of the current global health crisis, the final release schedule of this series is subject to change.

For continuing news on THE RED MOTHER and more from BOOM!, stay tuned to boom-studios.com and follow @boomstudios on Twitter. 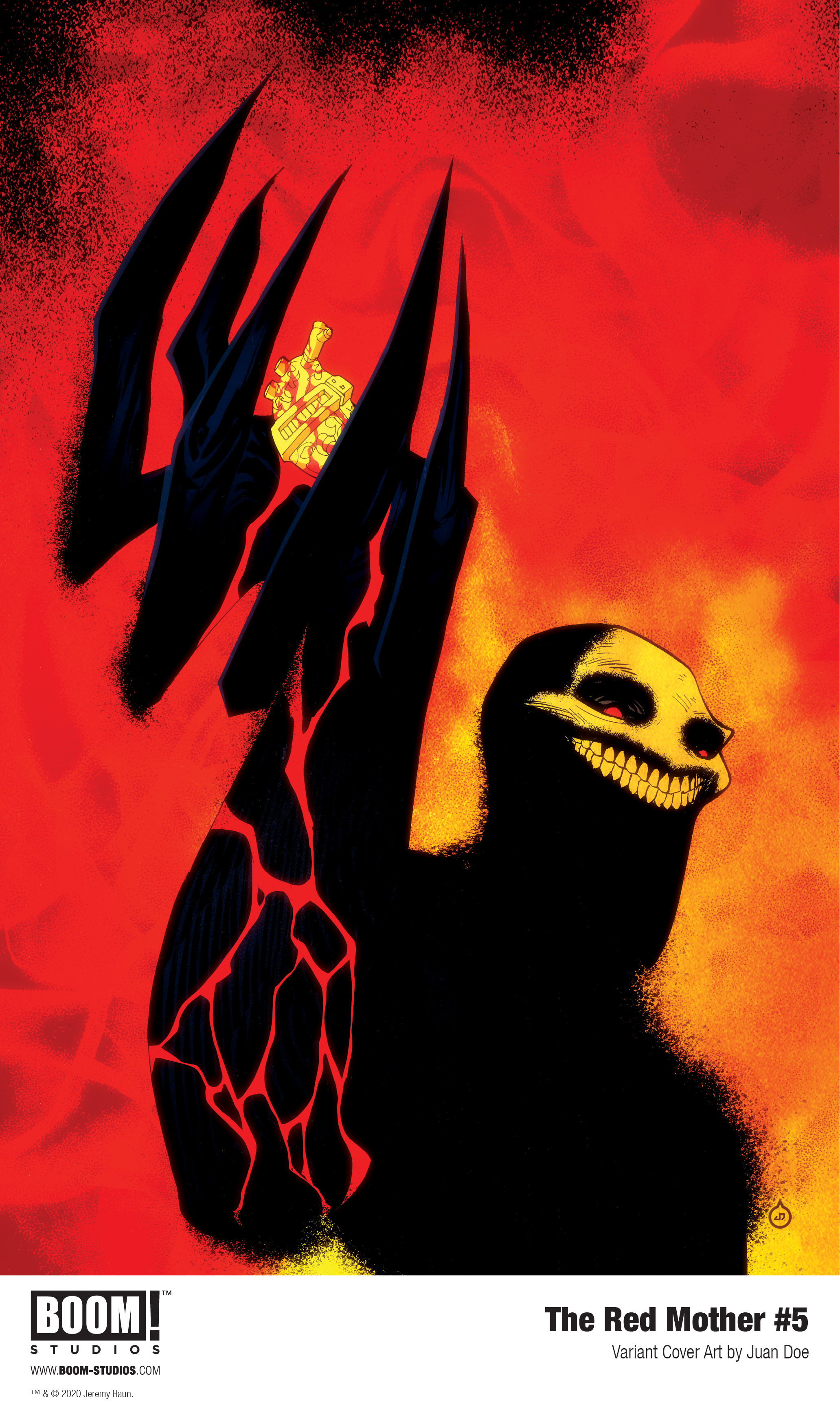 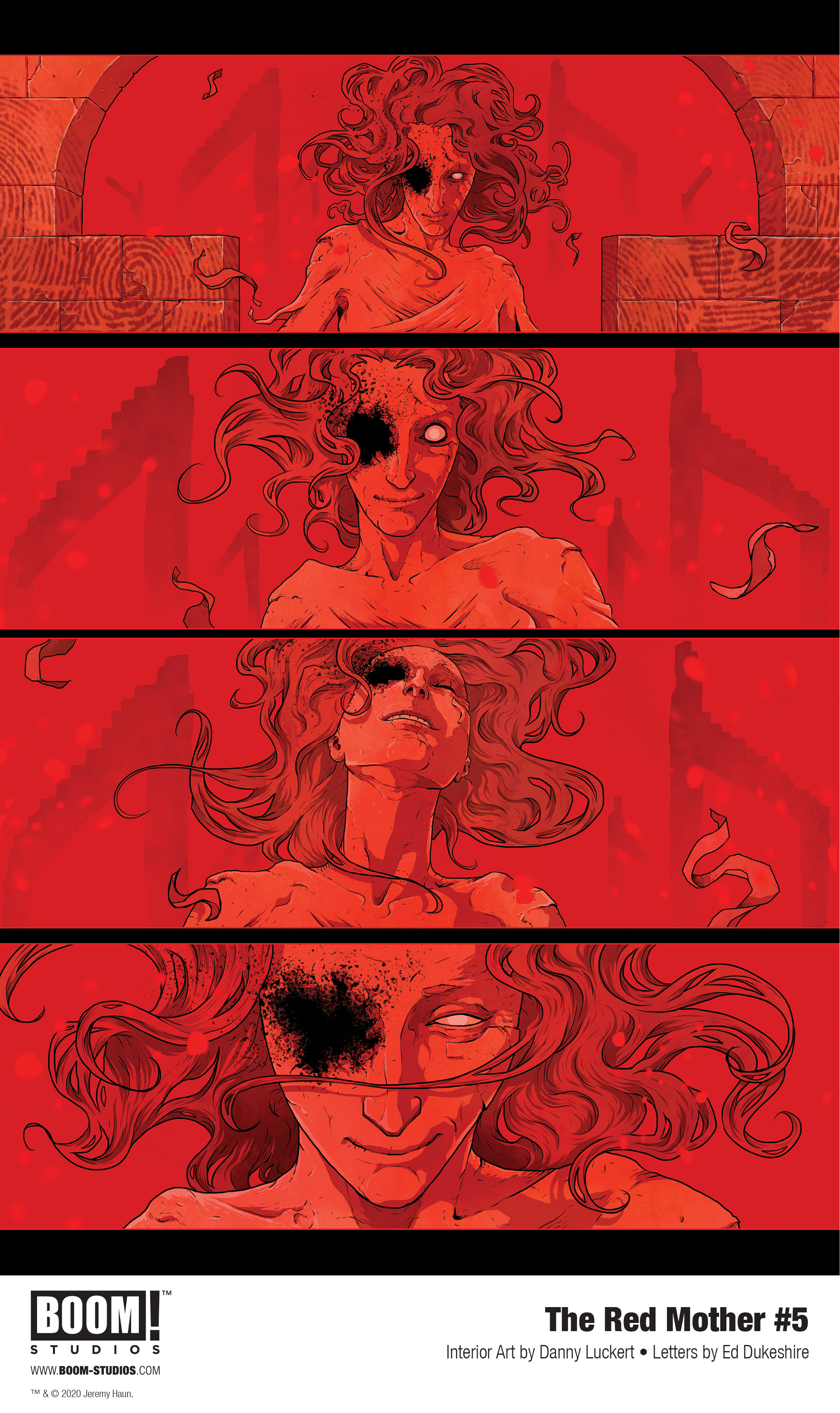 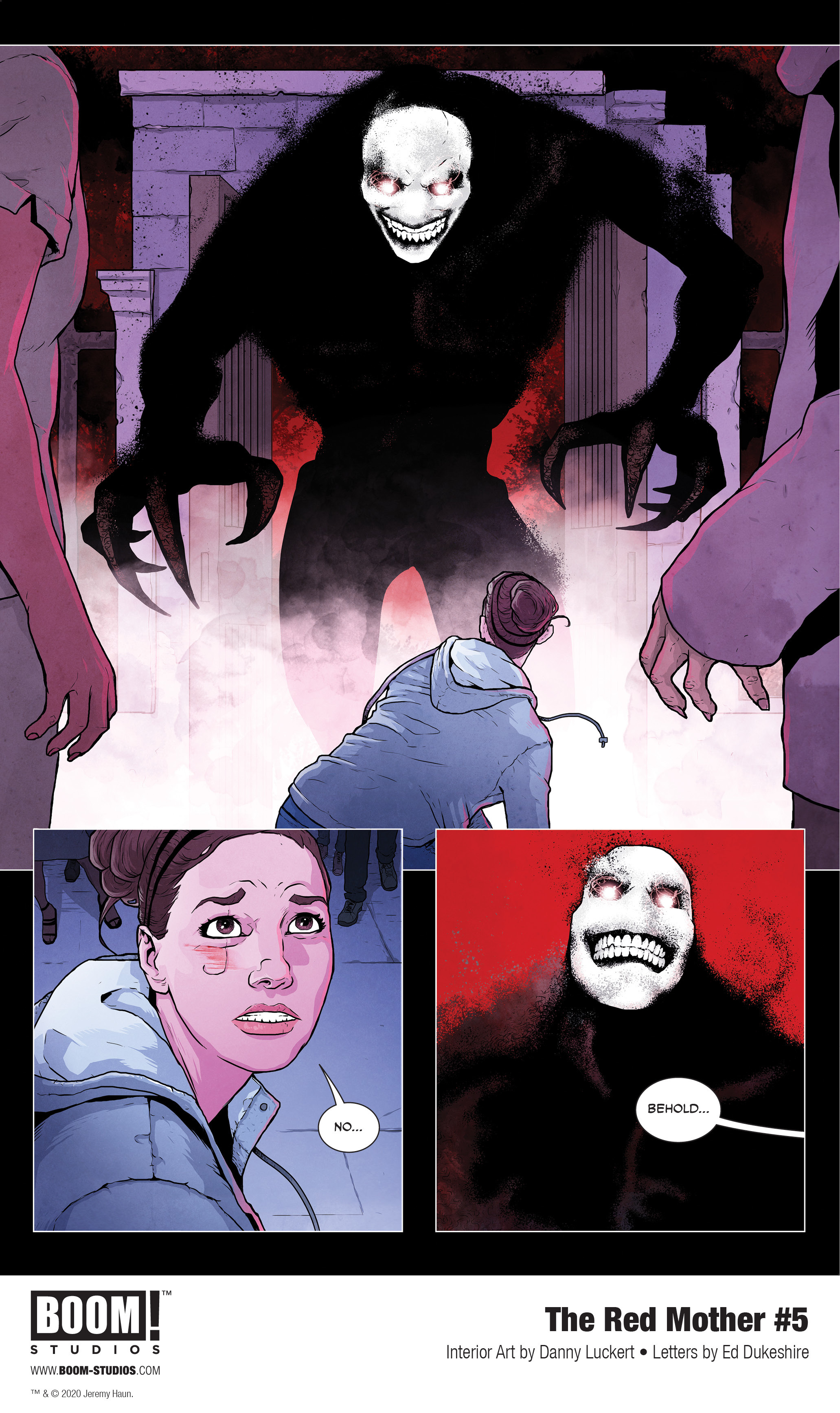 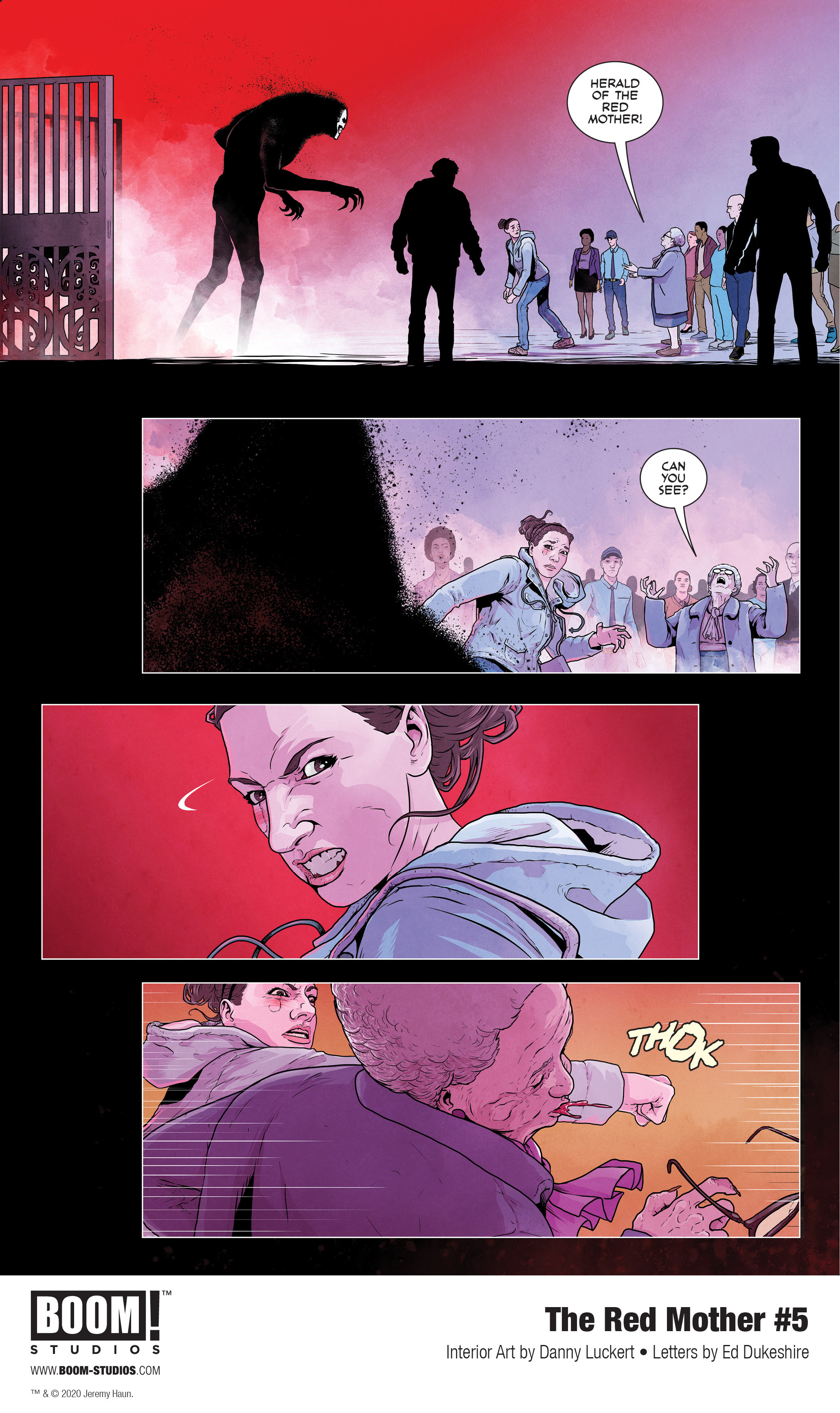 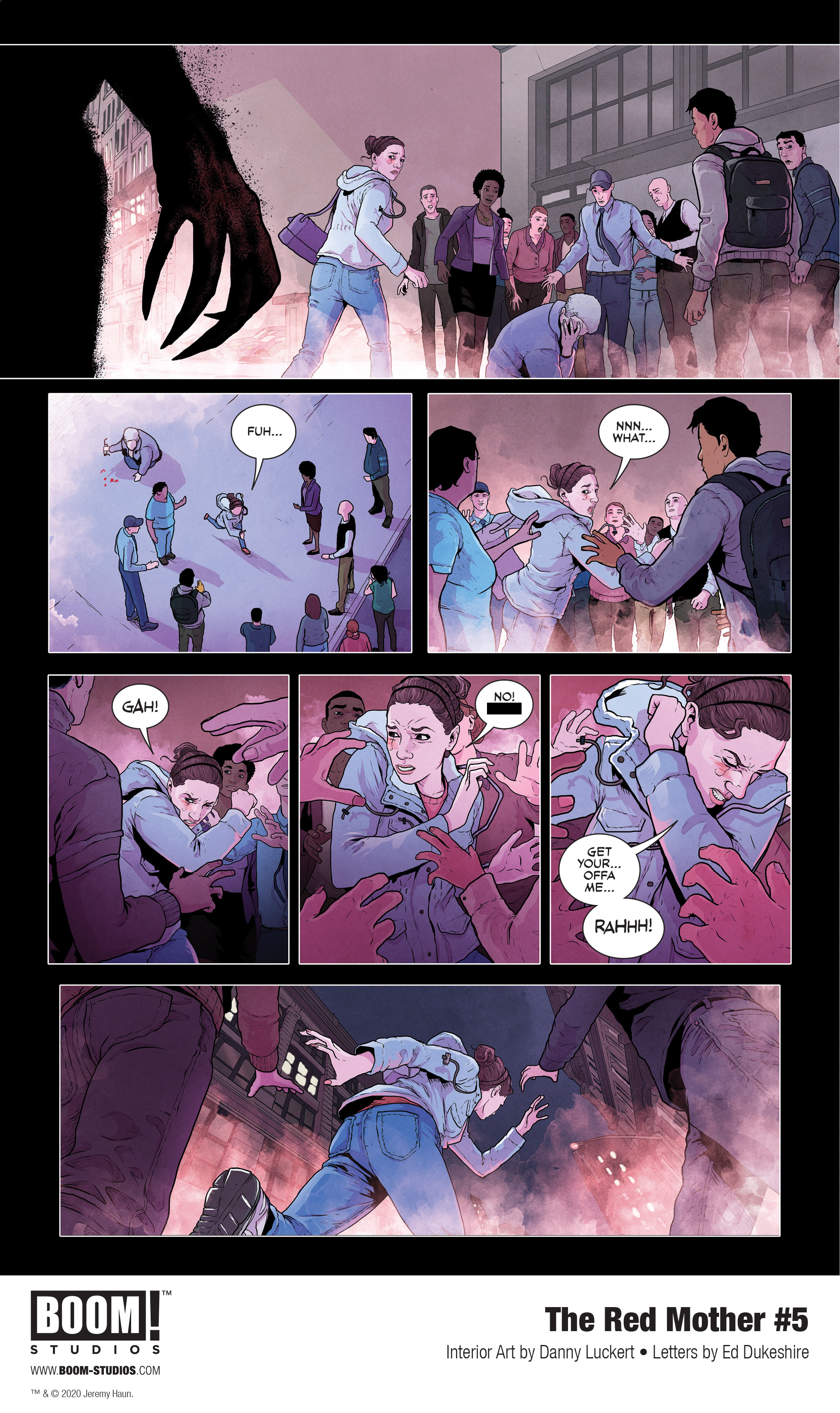 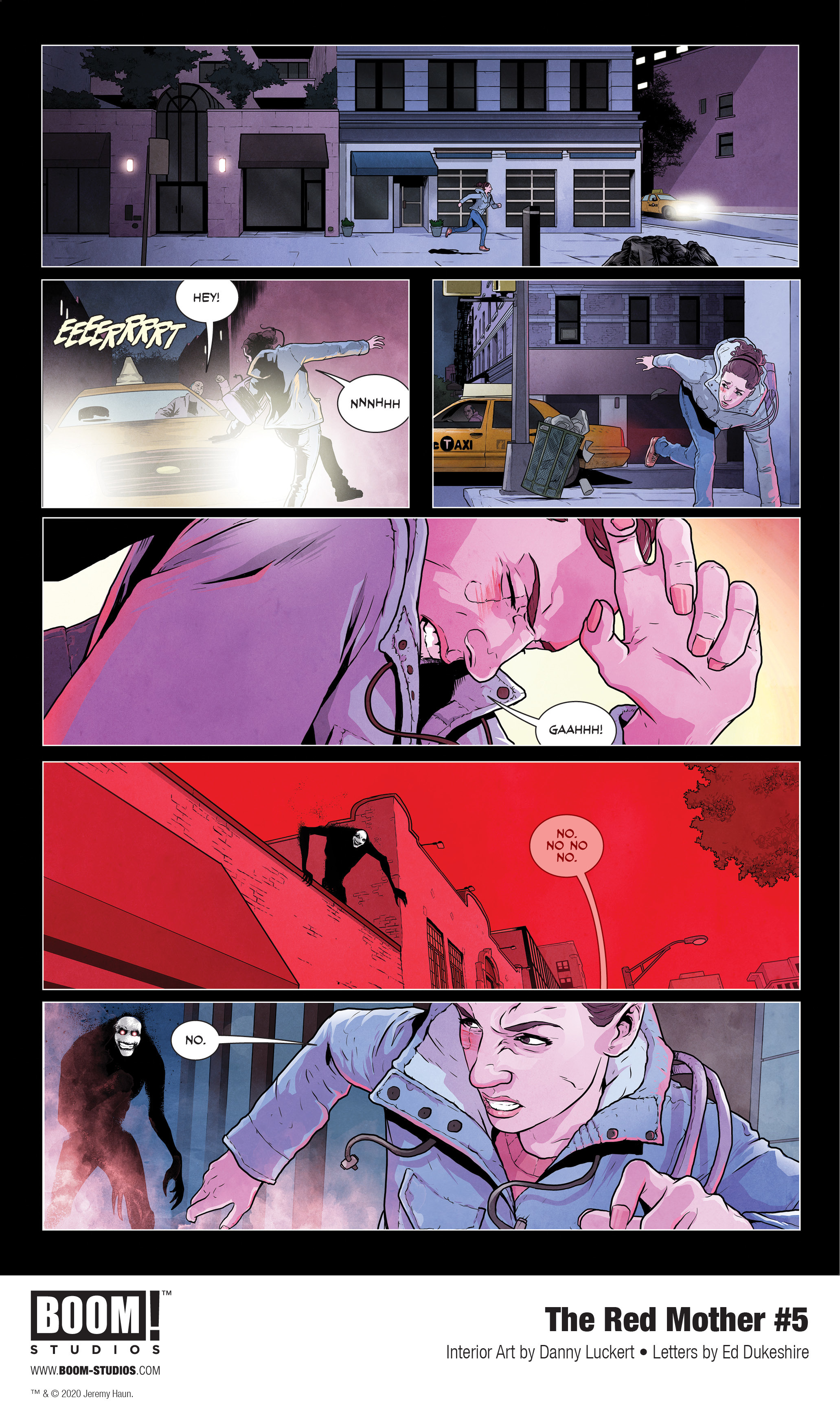