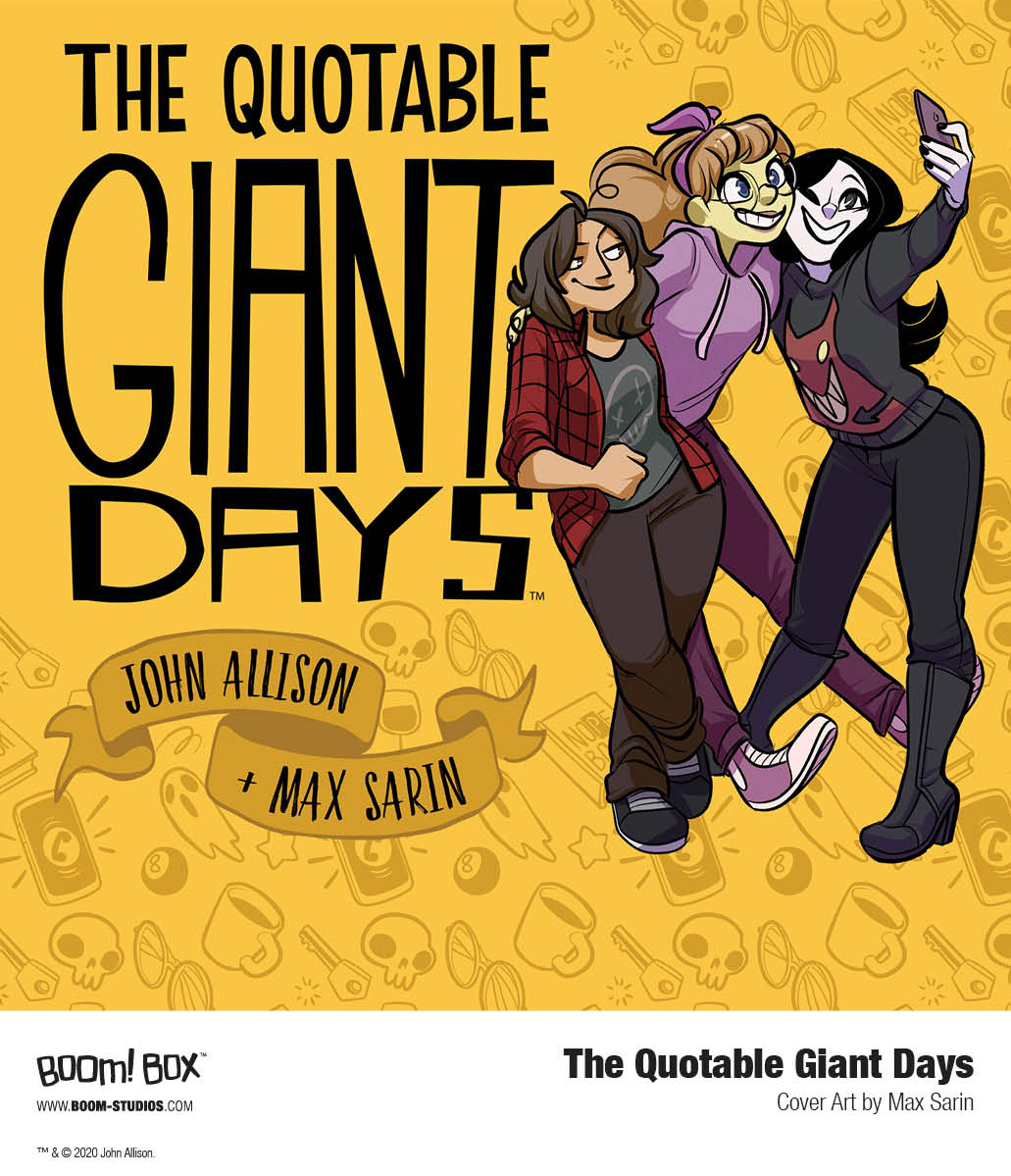 LOS ANGELES, CA (February 27, 2020) – BOOM! Studios today revealed a first look at the brand new THE QUOTABLE GIANT DAYS, collecting a mixture of witty and humorous quotes from the Eisner Award-winning series by creator John Allison (Bad Machinery) and panels from the original Giant Days comic book series, as well as brand new illustrations from acclaimed series artist Max Sarin, to guide you through the ups and downs of life, available in stores July 2020.

GIANT DAYS fans will delight in this charming collection of the very best zingers and scenes from the acclaimed series about a group of eccentric and eclectic students who manage to survive university and become lifelong friends in the process. Let Daisy, Esther, and Susan’s words of relative wisdom and great hilarity provide you with a quote for every occasion.

THE QUOTABLE GIANT DAYS is the latest release from BOOM! Studios’ award-winning BOOM! Box imprint, home to groundbreaking original series such as Lumberjanes by Shannon Watters, Grace Ellis, Noelle Stevenson and Brooklyn Allen; The Avant-Guards by Carly Usdin and Noah Hayes; b.b. free by Gabby Rivera and Royal Dunlap; Fence by C.S. Pacat and Johanna The Mad; and Goldie Vance by Hope Larson and Brittney Williams.

Print copies of THE QUOTABLE GIANT DAYS will be available for sale on July 22, 2020 at local comic book shops (use comicshoplocator.com to find the nearest one), July 28, 2020 at bookstores or at the BOOM! Studios webstore. Digital copies can be purchased from content providers, including comiXology, iBooks, Google Play, and Madefire.

For more on GIANT DAYS and other projects from BOOM! Studios, stay tuned to www.boom-studios.com and follow @boomstudios on Twitter. 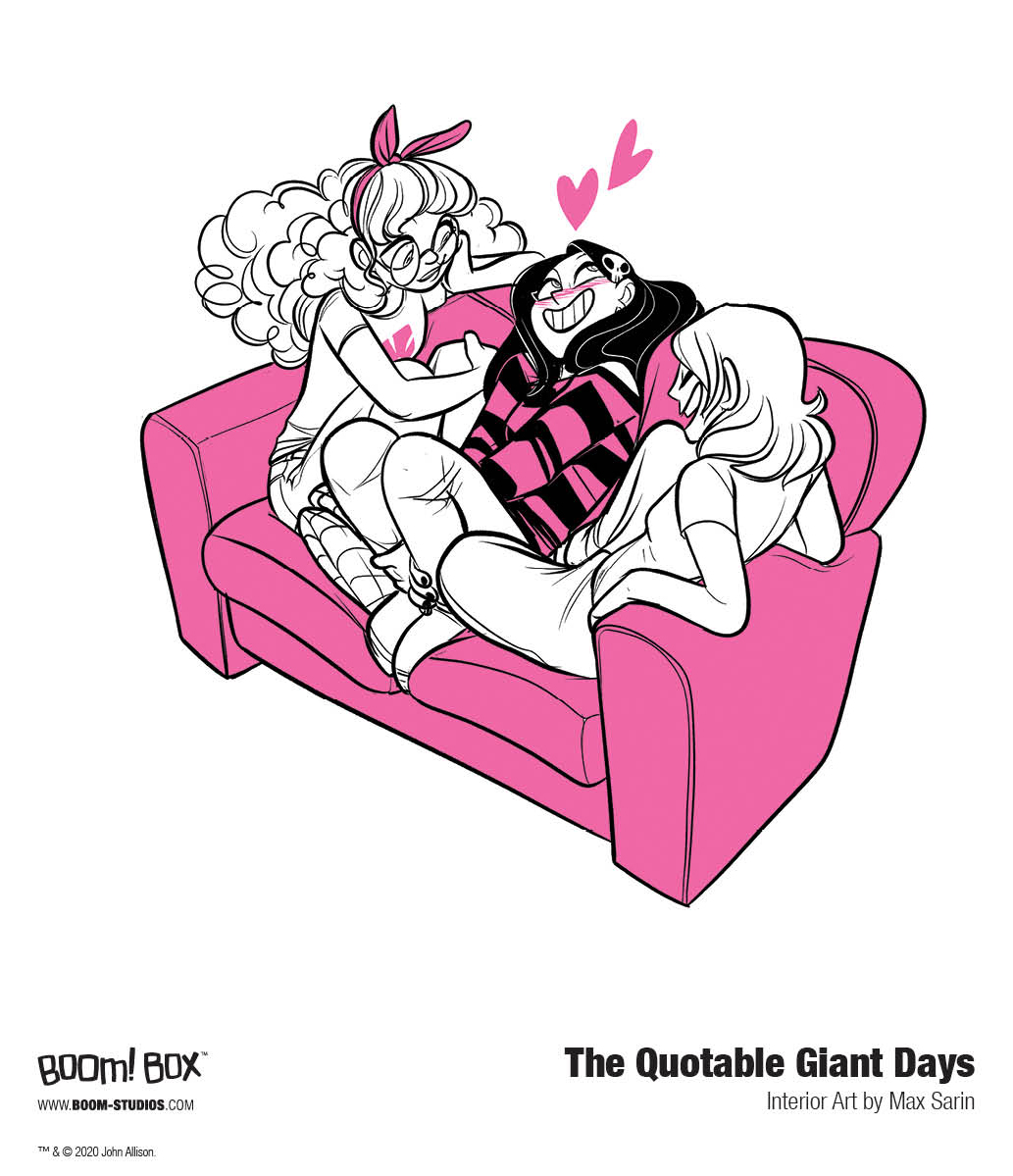 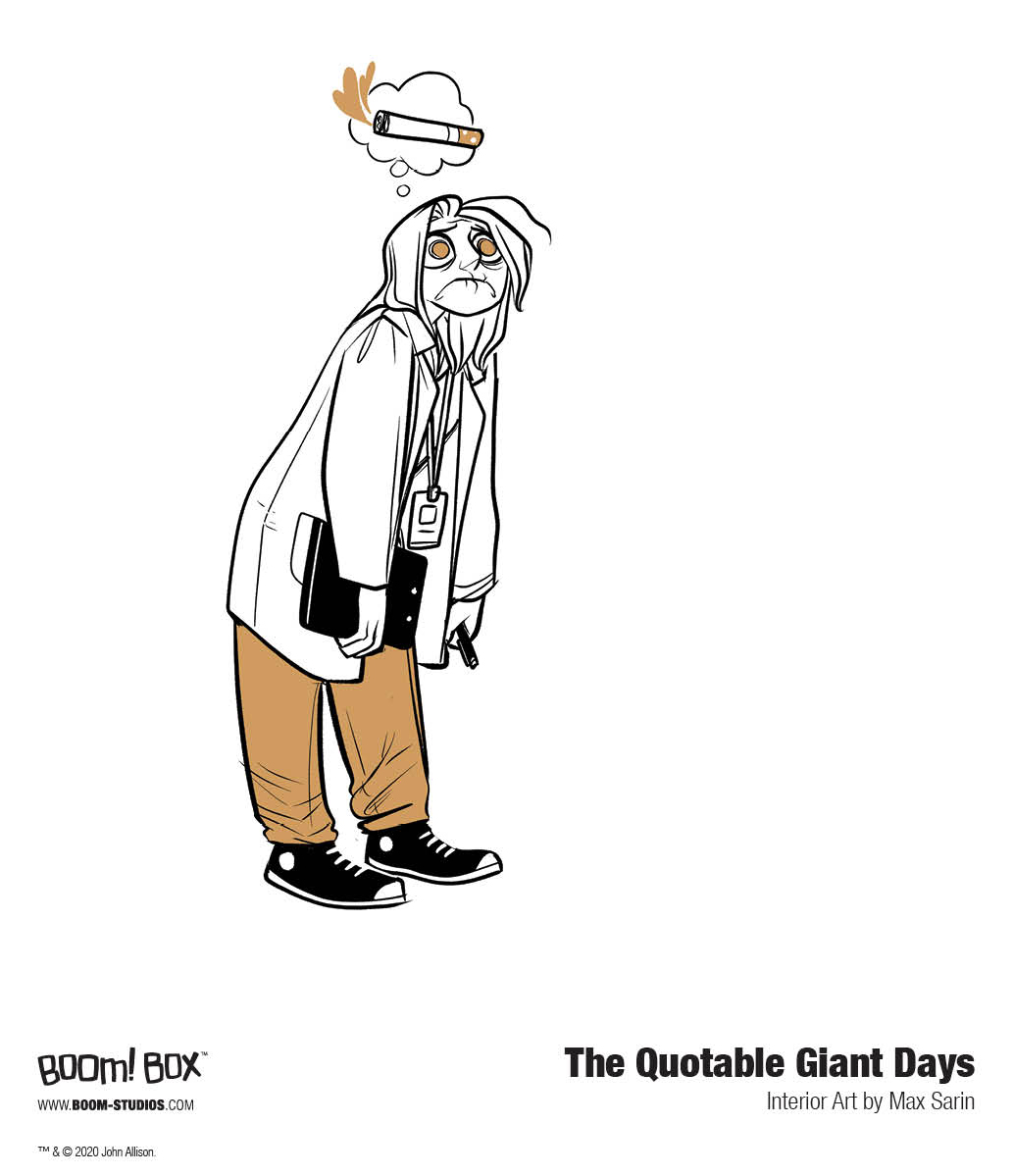 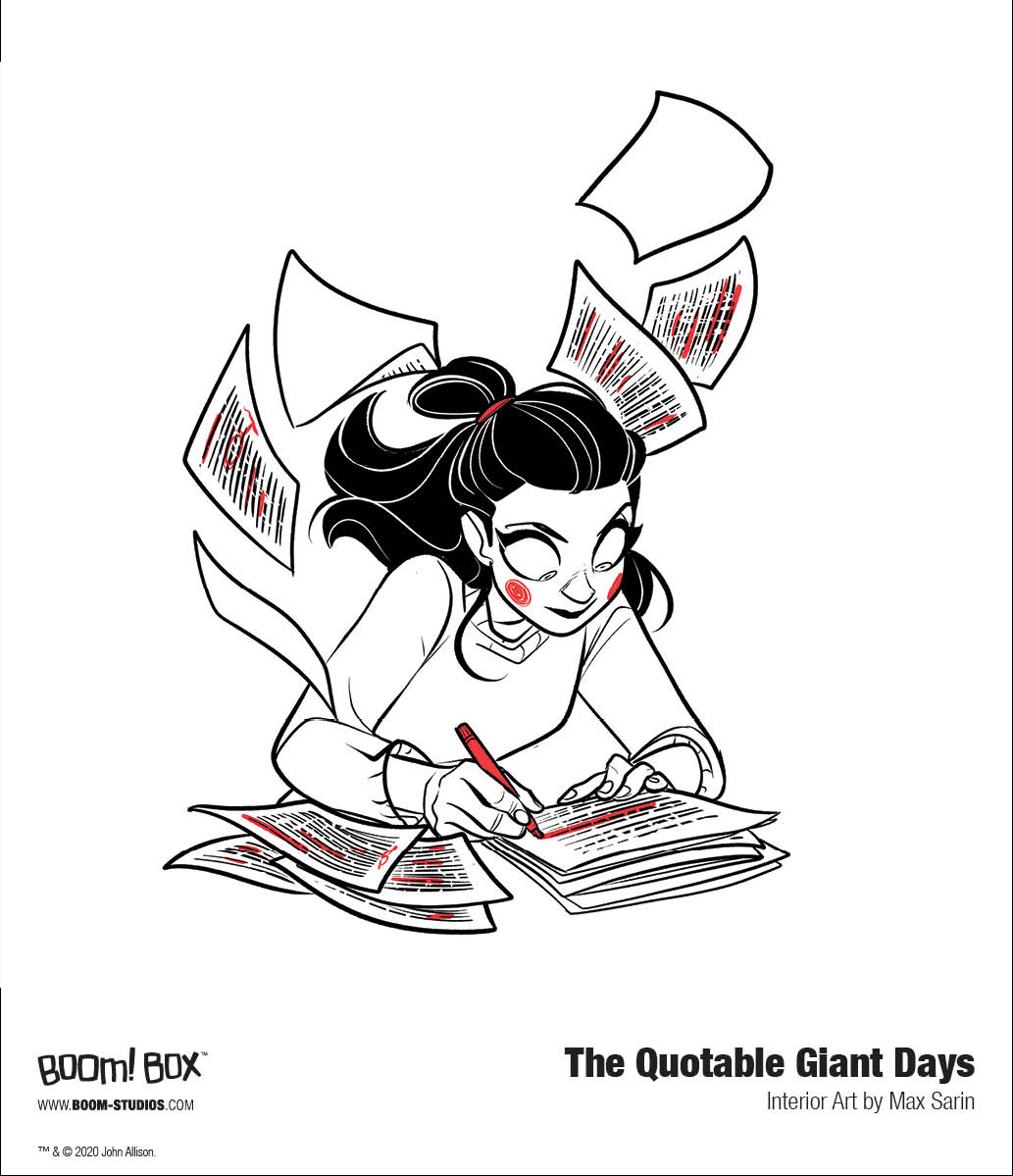 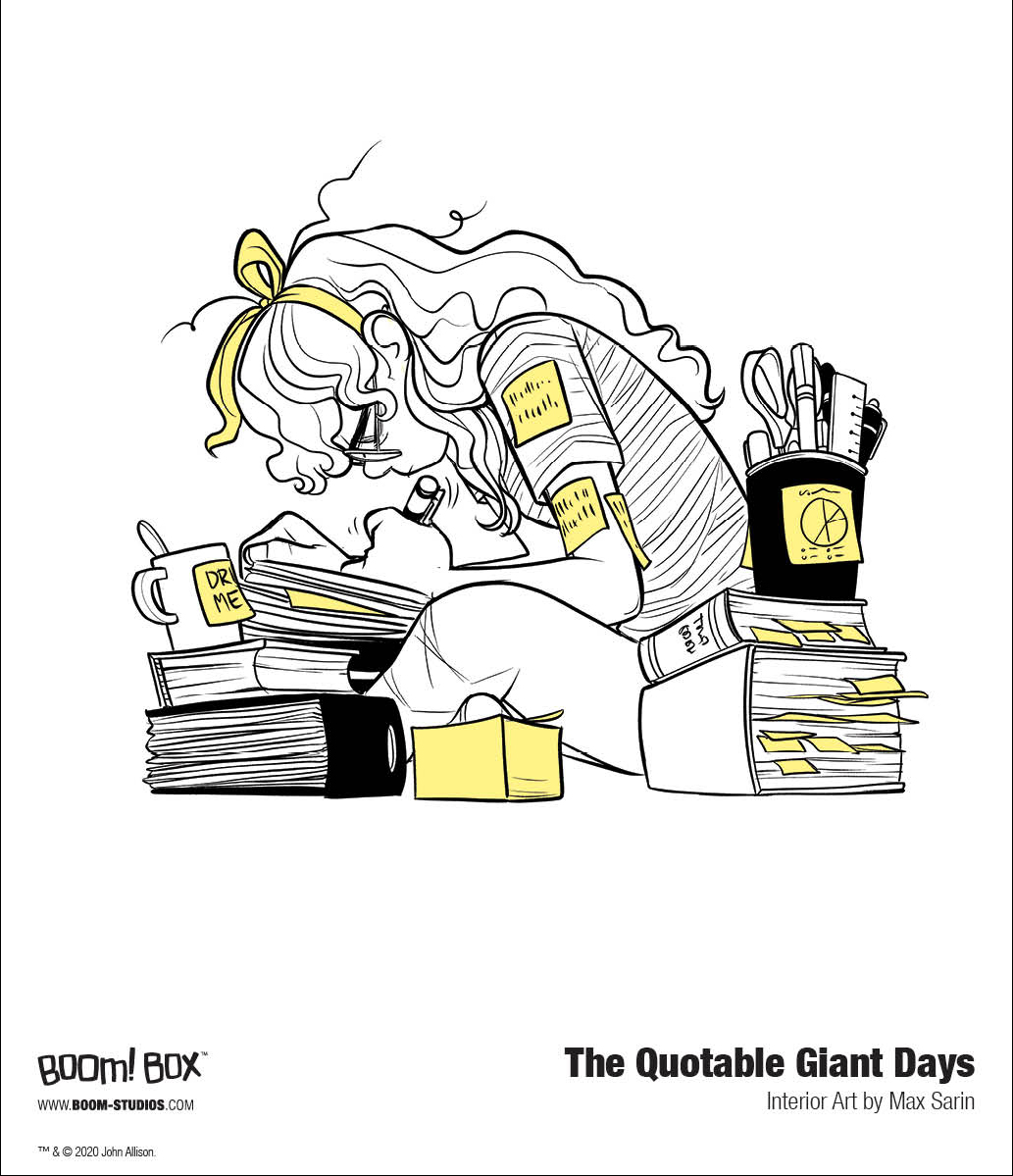 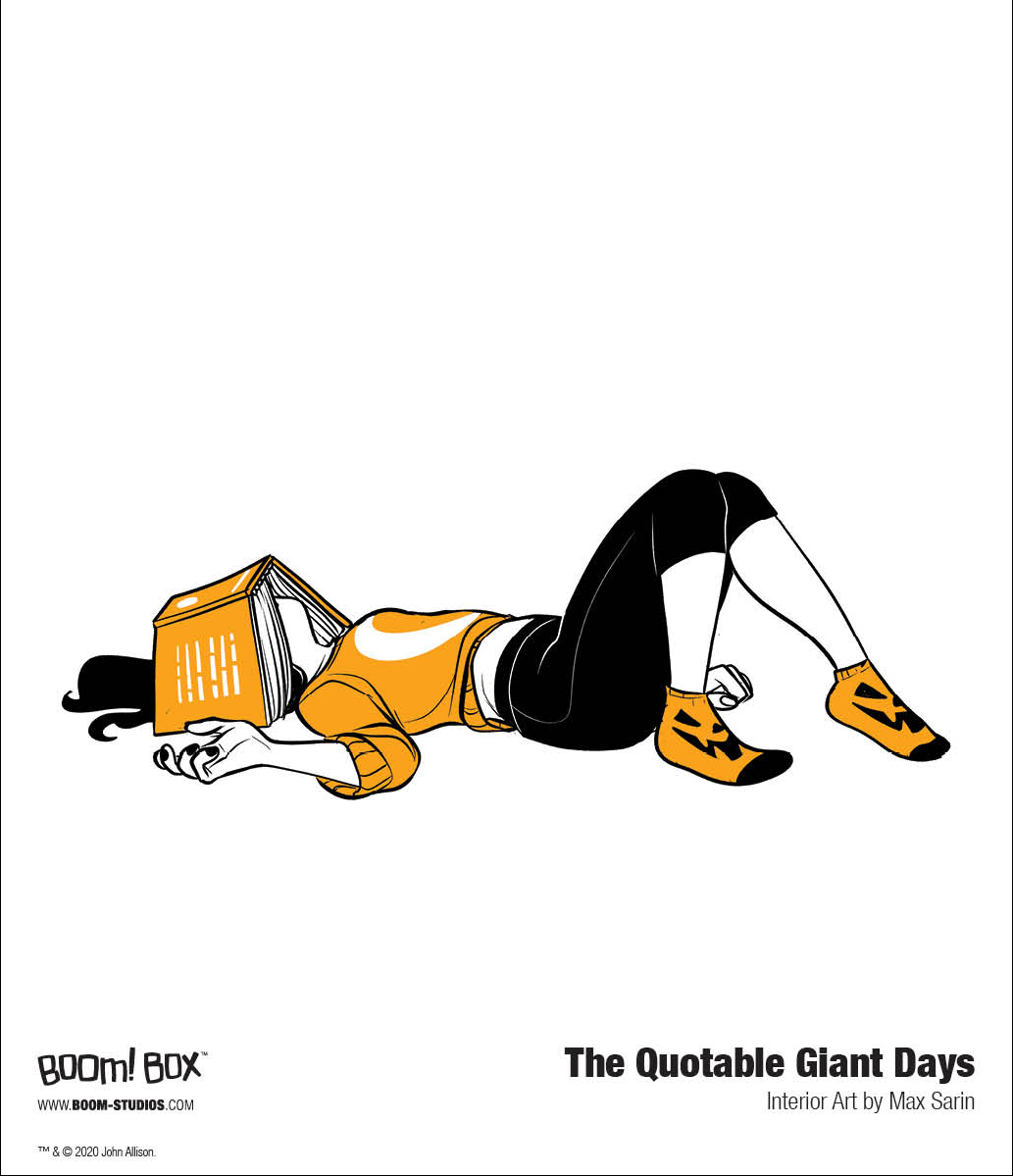