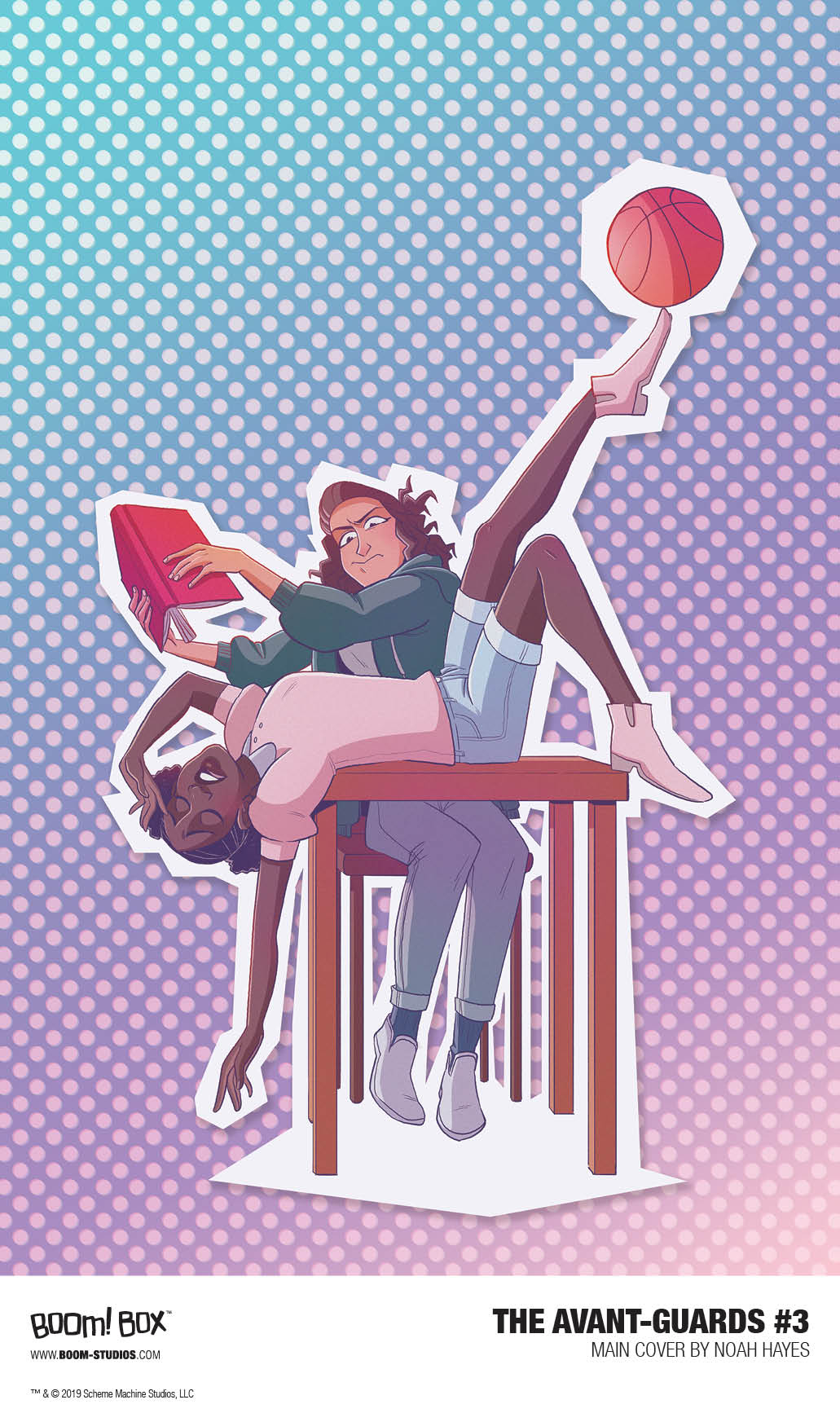 LOS ANGELES, CA (March 1, 2019) – BOOM! Studios revealed a first look at THE AVANT-GUARDS #3, a new chapter in the twelve-issue series from writer Carly Usdin (Heavy Vinyl) and artist Noah Hayes (Wet Hot American Summer) about a ragtag group of friends who band together to build the first ever basketball team at their historic woman’s art college, available in stores March 2019.

The Avant-Guards’ efforts have paid off, and with the addition of new transfer student and former basketball star, Charlie Bravo, they are finally an official basketball team. But just because they’ve got the right number of players and a spot in the league doesn’t necessarily mean they’re ready to compete on the court, and their first game is only a few days away! Liv and Charlie will have to scramble to train their fellow art school misfits to work together and trust each other in time to face their first opponents of the season… The Cuddly Retrievers of the American Institute of Veterinary Curiosities!

“Every person on the Avant-Guards is unique and brings a different skill or perspective to the team but in the end, they’re all there for the same reasons: to play basketball and make friends.” said Shannon Watters, Senior Editor, BOOM! Studios. “Carly and Noah do a fantastic job of capturing all the fun, frustration, and drama of a group of very different people learning to become a team in order to tackle whatever situations might arise together.”

Print copies of THE AVANT-GUARDS #3 will be available for sale on March 27, 2019 at local comic book shops (use comicshoplocator.com to find the nearest one) or at the BOOM! Studios webstore. Digital copies can be purchased from content providers like comiXology, iBooks, Google Play, and the BOOM! Studios app.

For continuing news on THE AVANT-GUARDS and more from BOOM! Studios, stay tuned to  www.boom-studios.com and follow @boomstudios on Twitter. 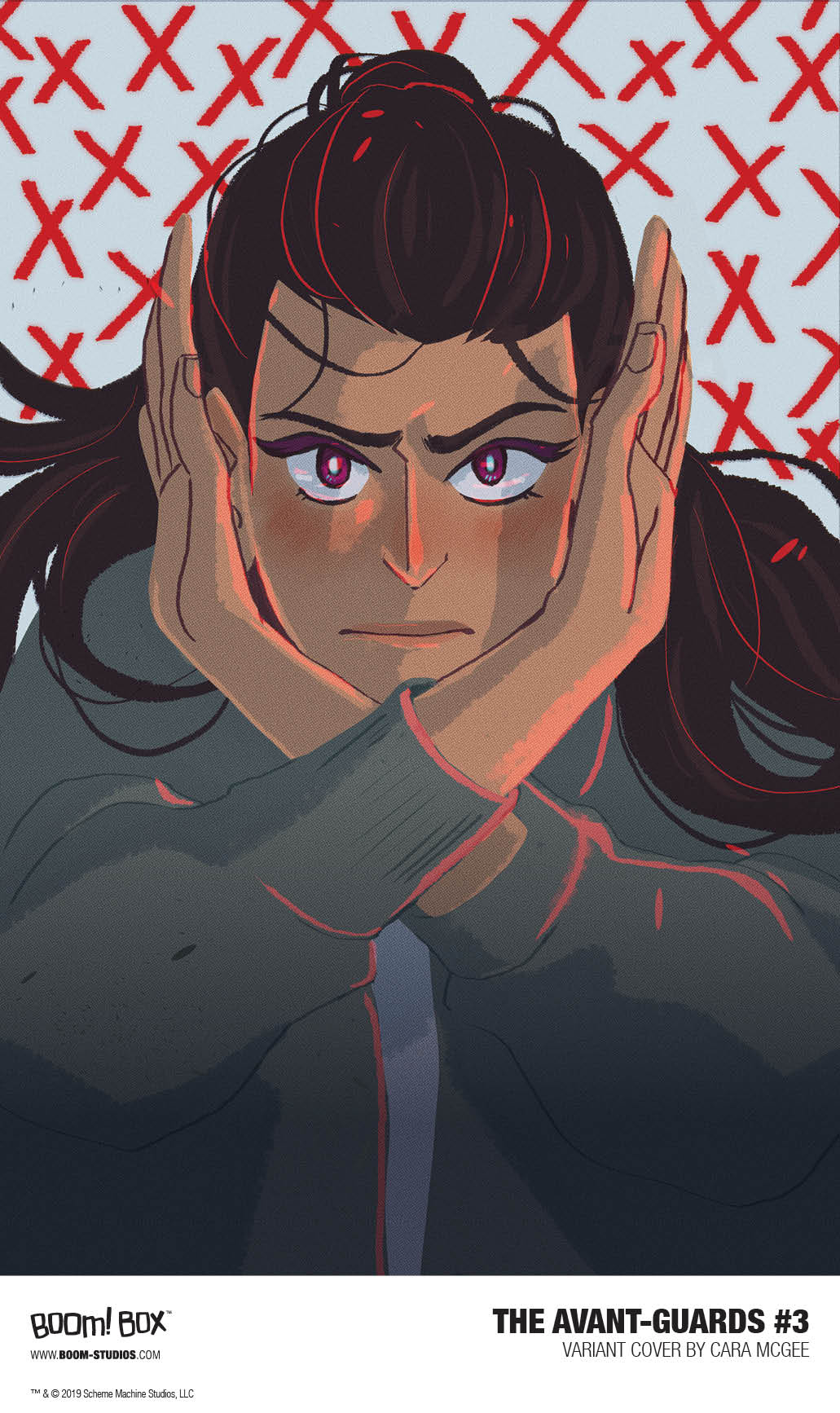 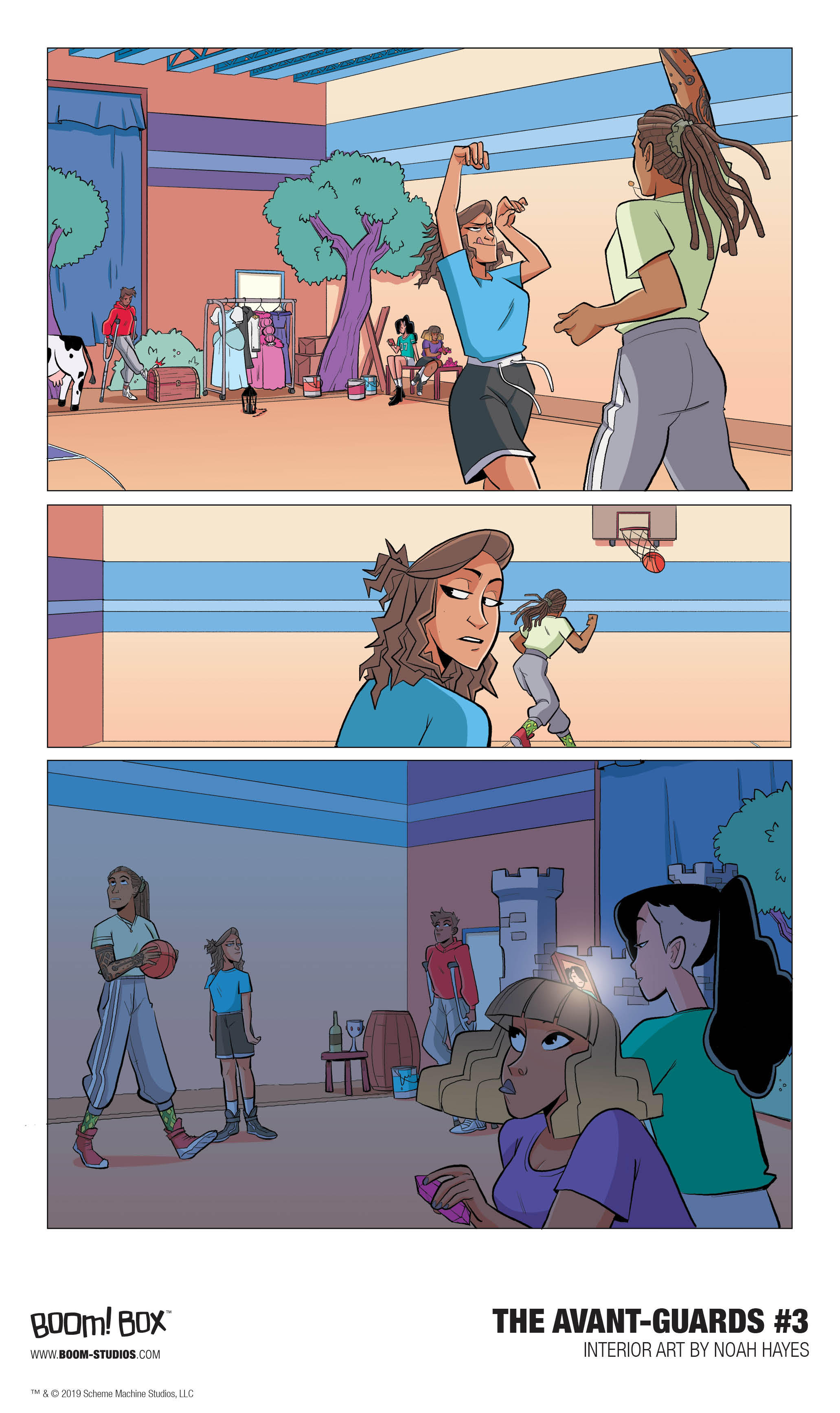 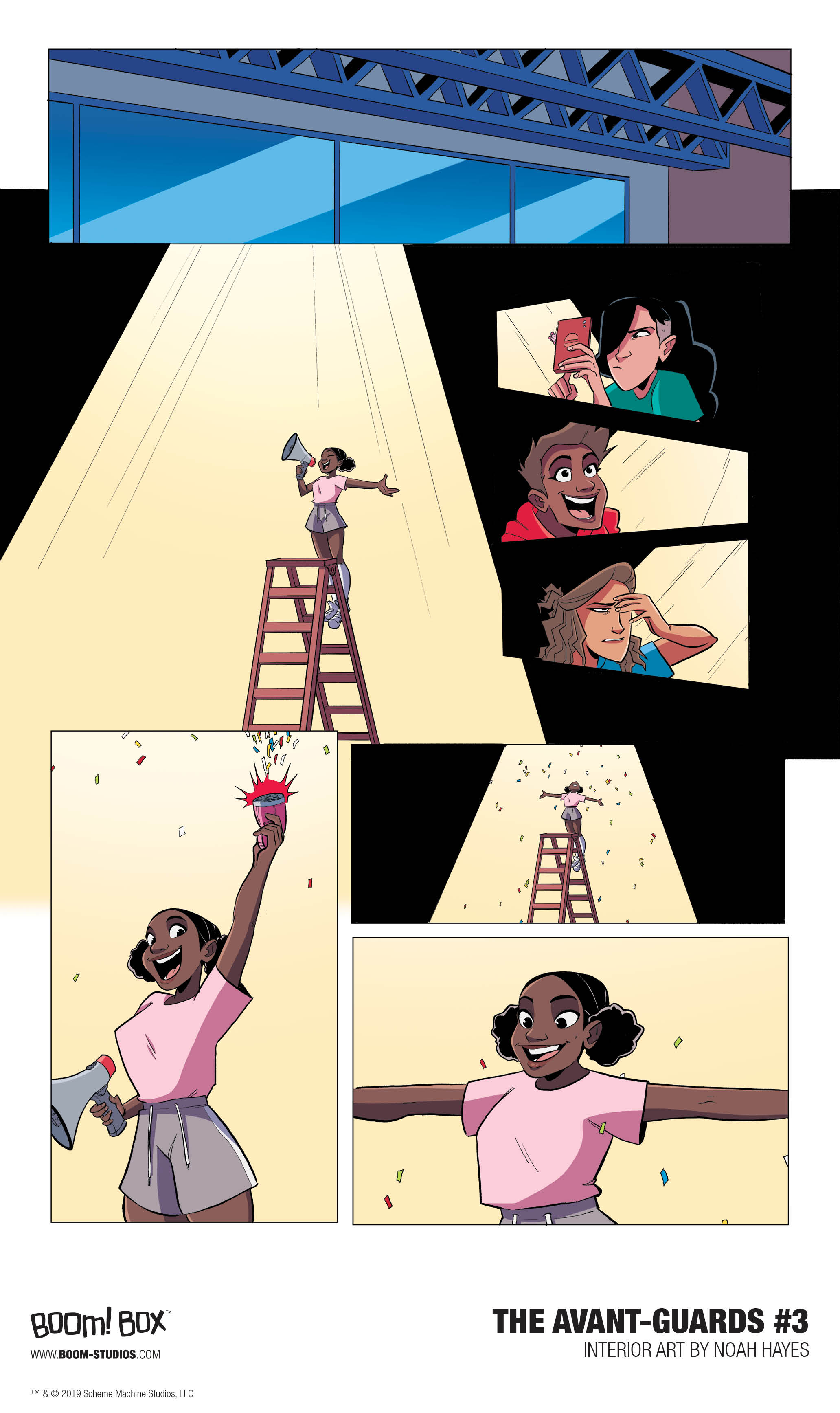 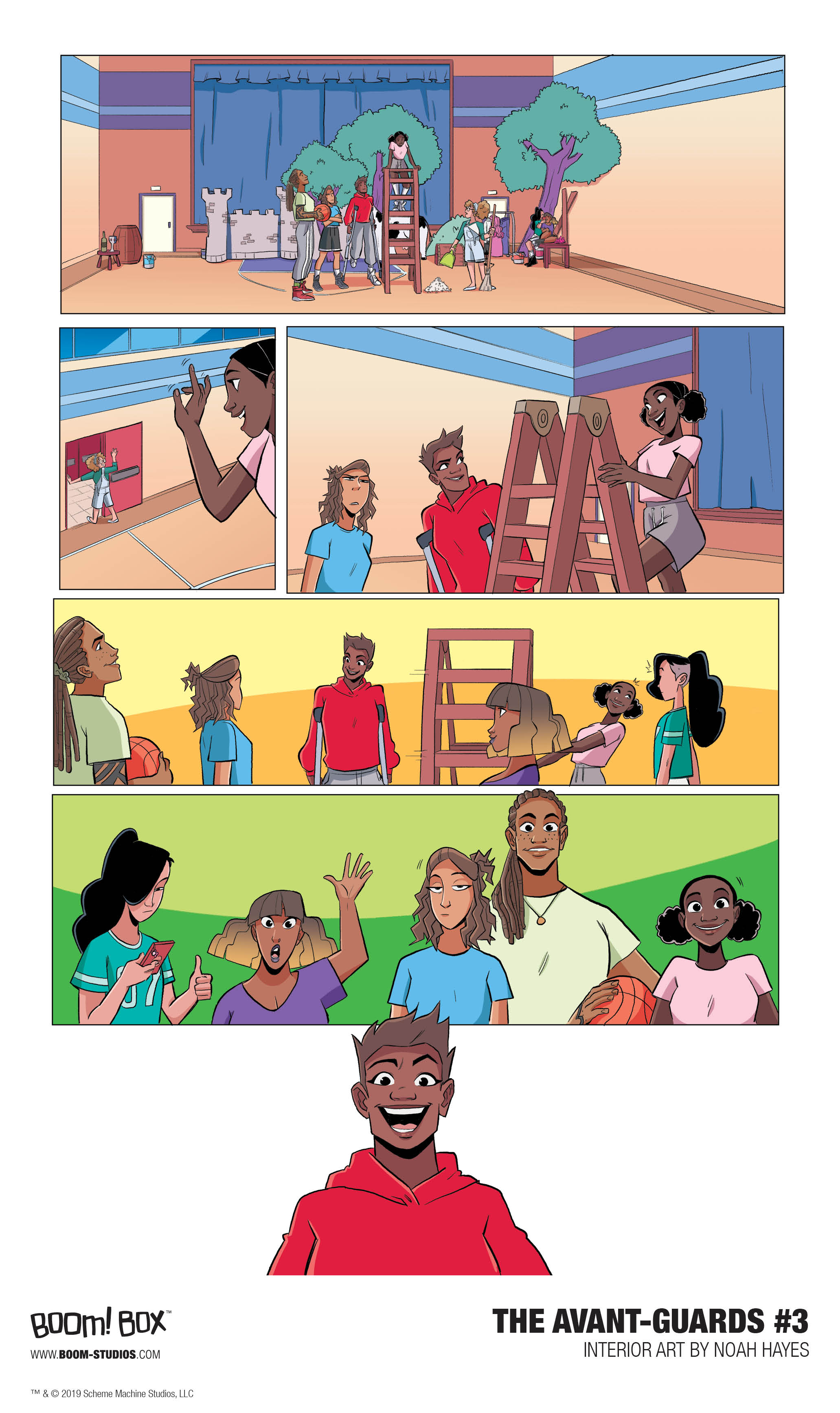 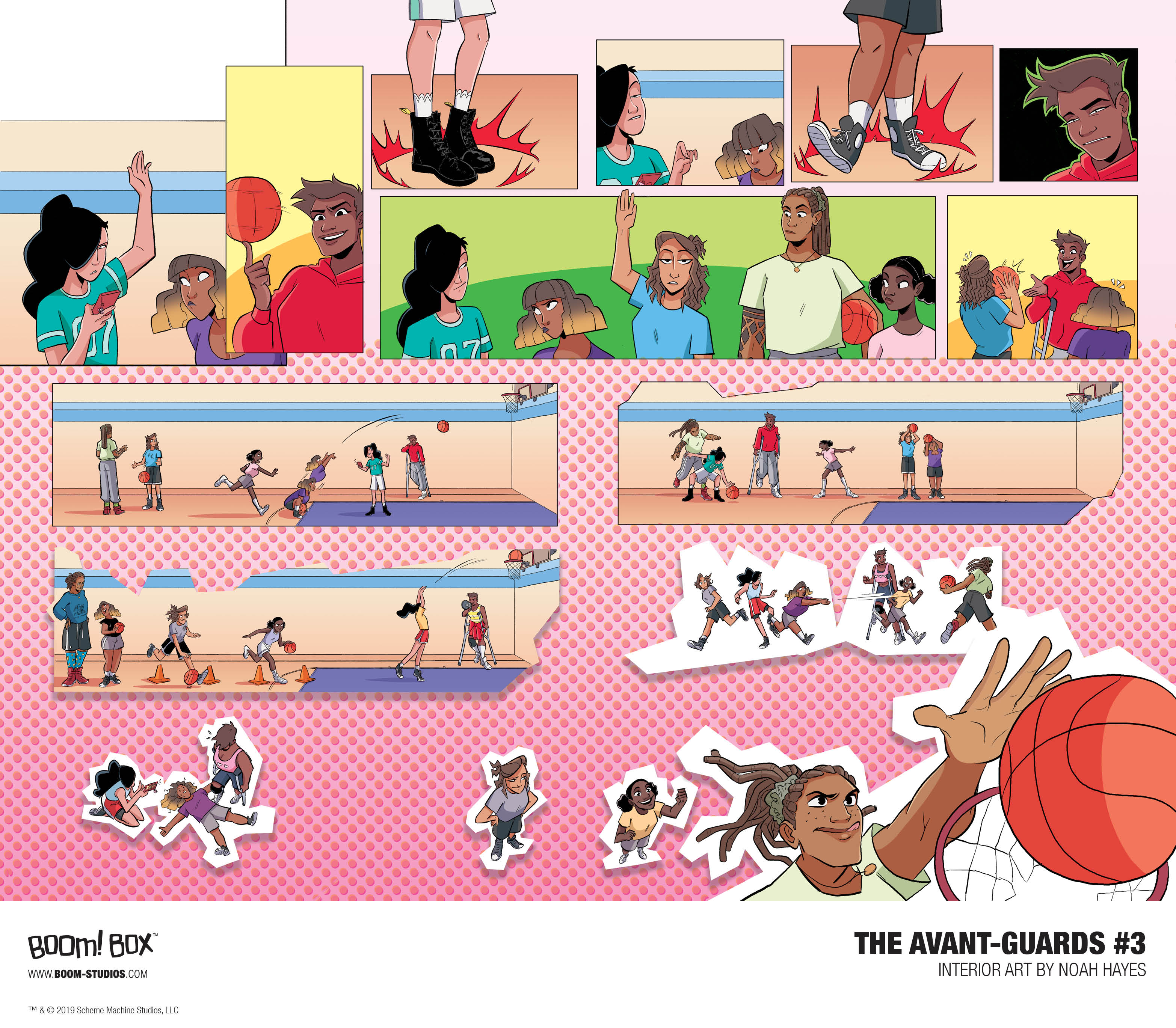