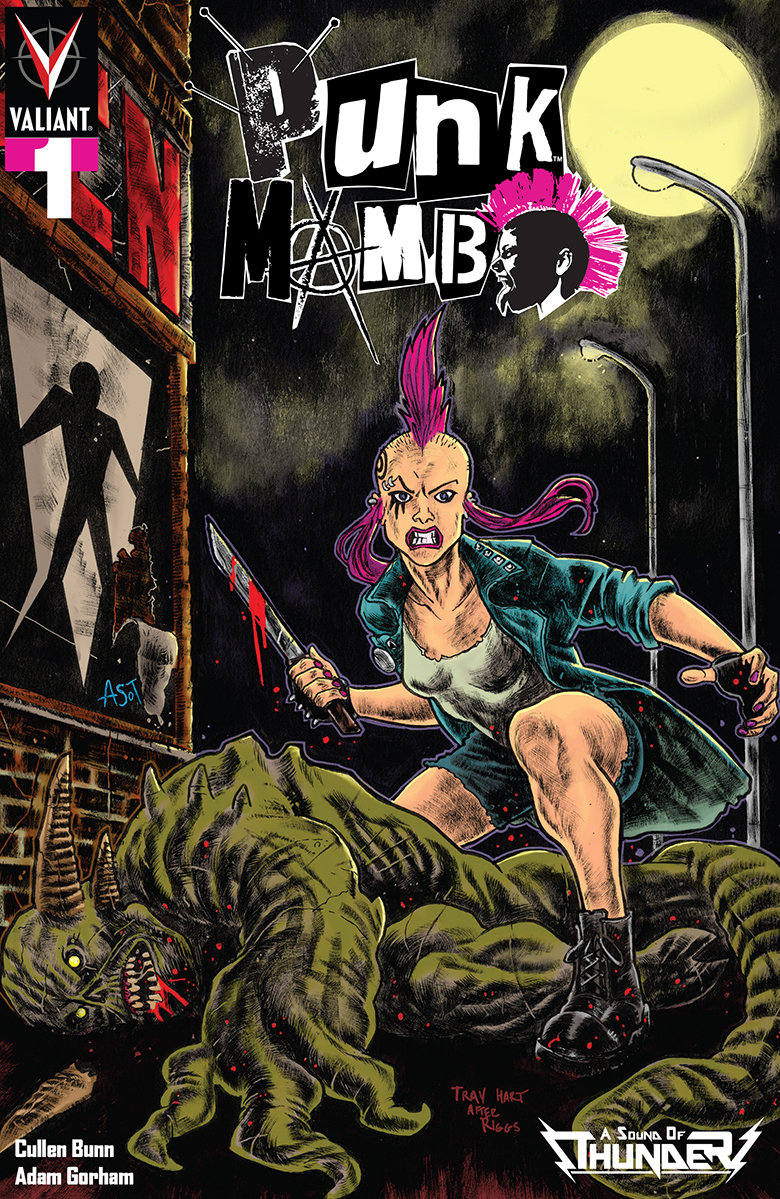 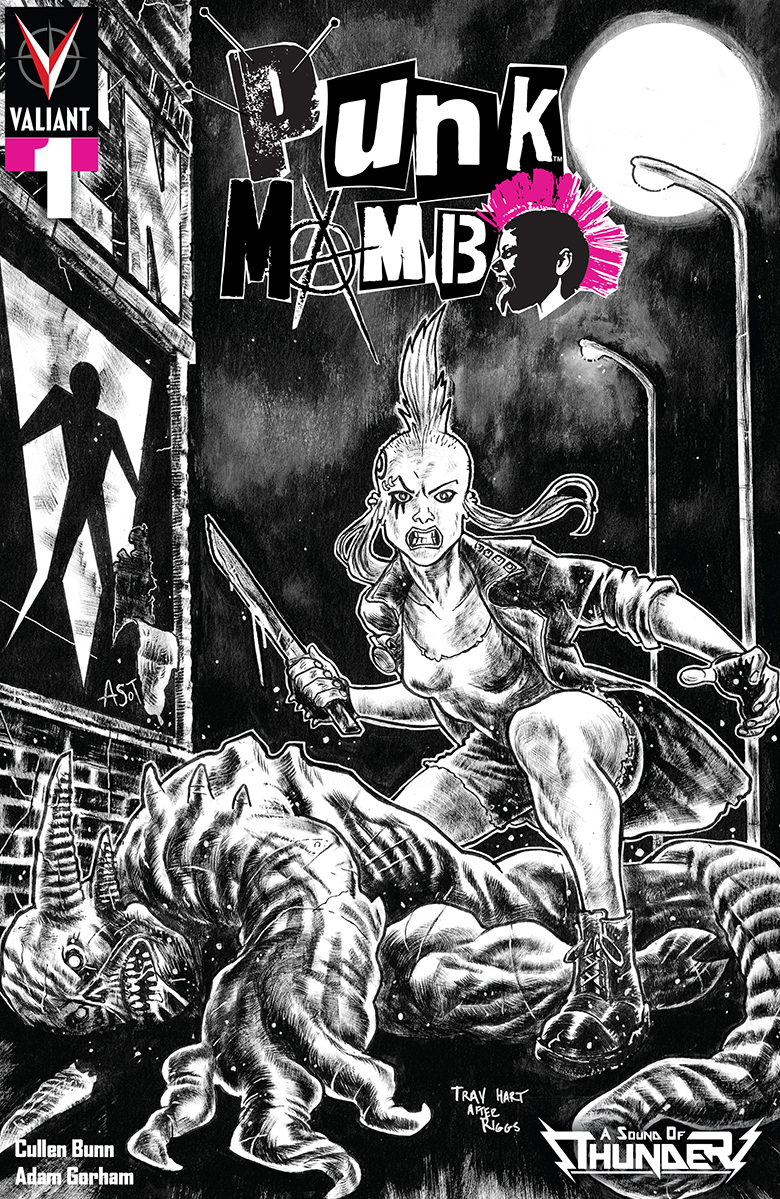 Both versions are available exclusively through A Sound of Thunder’s current Kickstarter campaign. Visit the campaign at the following link for more information: http://kck.st/2Eff4Uv

From celebrated writer Cullen Bunn (Venom) and badass artist Adam Gorham (Black Panther) comes the hilariously horrifying PUNK MAMBO, about a hard-living voodoo priestess who grew up in London, relocates to the Bayou, and becomes a mystical mercenary for hire. In her first-ever solo comic book series, Punk Mambo investigates a series of abductions in the New Orleans Gutter Punk scene, stumbling upon a deadlier mystery that takes her to the haunted shores of Haiti. PUNK MAMBO #1 debuts in comic shops from Valiant Entertainment on Wednesday, April 24th with covers by Dan Brereton (Nocturnals), Zu Orzu (X-O Manowar), Cris Delara (Aspen Visions: Fathom: Spinning Our Fate), and interior artist Gorham.

In addition, fans who pre-order all five issues of the PUNK MAMBO series at their local comic shop by April 1st will receive a special code to download a digital file of A Sound of Thunder’s “Punk Mambo” track for free. The code will appear in the Pre-order Edition of PUNK MAMBO #1. To find the comic shop nearest you, visit http://comicshoplocator.com.

About A Sound of Thunder

A Sound of Thunder is an American heavy metal band established in 2009. The Billboard-charting group was an early pioneer of crowd-funding and has out-funded major label competitors with the support of their loyal fan-base known as the “Legion of Thunder”. For their fifth album in 2015, the band partnered with Valiant Entertainment to issue Tales from the Deadside, a concept album based on Valiant’s Shadowman comic series. In 2017 the band scored a Top 40 hit in Europe and won an Independent Music Award for their rendition of the Catalonian national anthem “Els Segadors.”