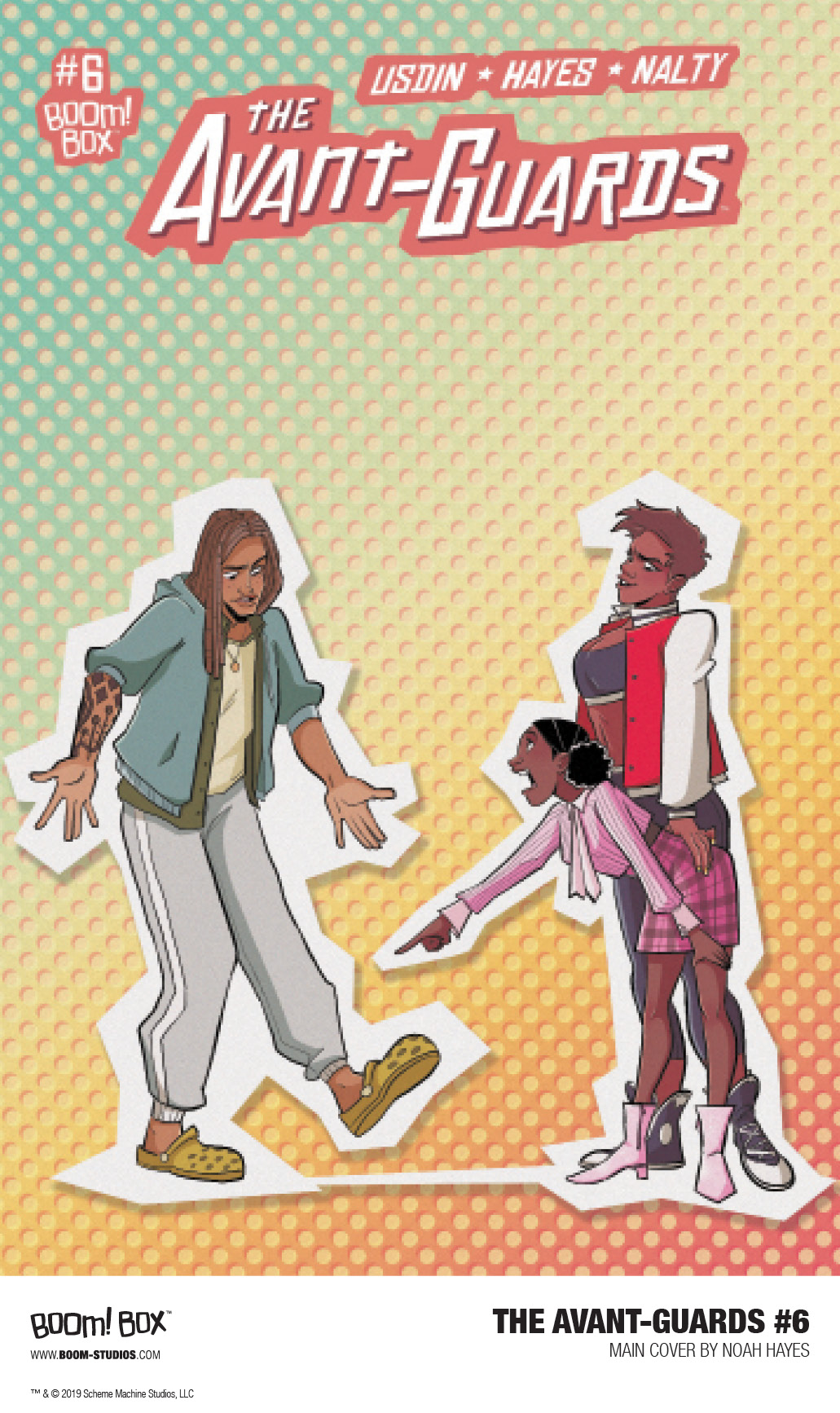 LOS ANGELES, CA (June 4, 2019) – BOOM! Studios today revealed a first look at THE AVANT-GUARDS #6, the newest chapter in the twelve-issue series from writer Carly Usdin (Heavy Vinyl) and artist Noah Hayes (Wet Hot American Summer) about a ragtag group of friends who band together to build the first ever basketball team at their historic women’s art college, available in stores June 2019.

The Avant-Guards are blazing past their competition as they head into a three-game streak where they’ll be facing teams from the MedCenter College of Endocrinology, the Royal Academy of Punk Rock, and the American Institute of Internet Influencers over four days! And in between all the games, they’ll be celebrating Ashley’s birthday with a karaoke party at the local bar, where a certain crush may or may not make an appearance. It’s gonna be a busy week for our favorite team of artistic ball players, but will they be able to handle all the heat, or will they lose control on the court?

Print copies of THE AVANT-GUARDS #6 will be available for sale on June 19, 2019 at local comic book shops (use comicshoplocator.com to find the nearest one) or at the BOOM! Studios webstore. Digital copies can be purchased from content providers like comiXology, iBooks, Google Play, and the BOOM! Studios app. 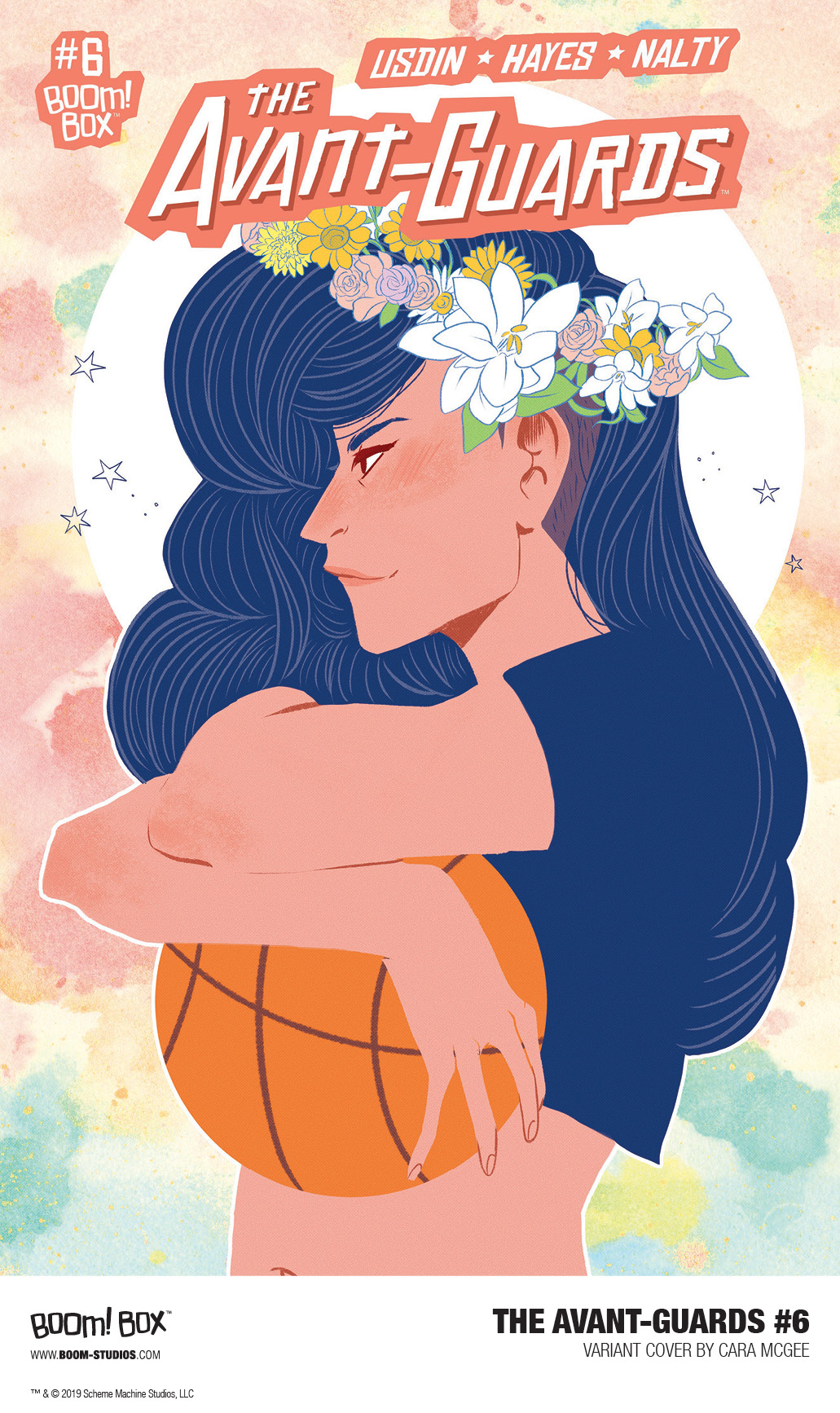 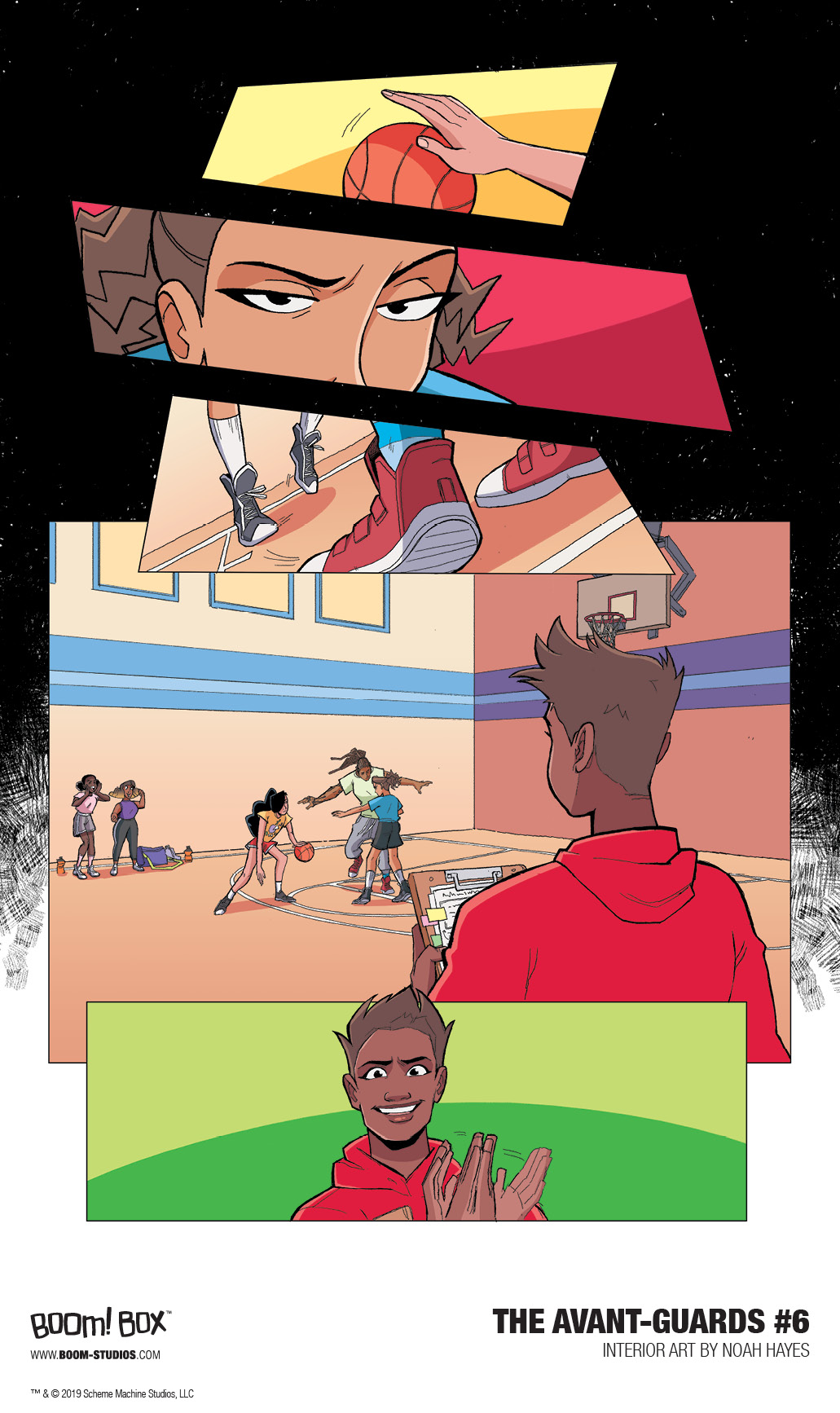 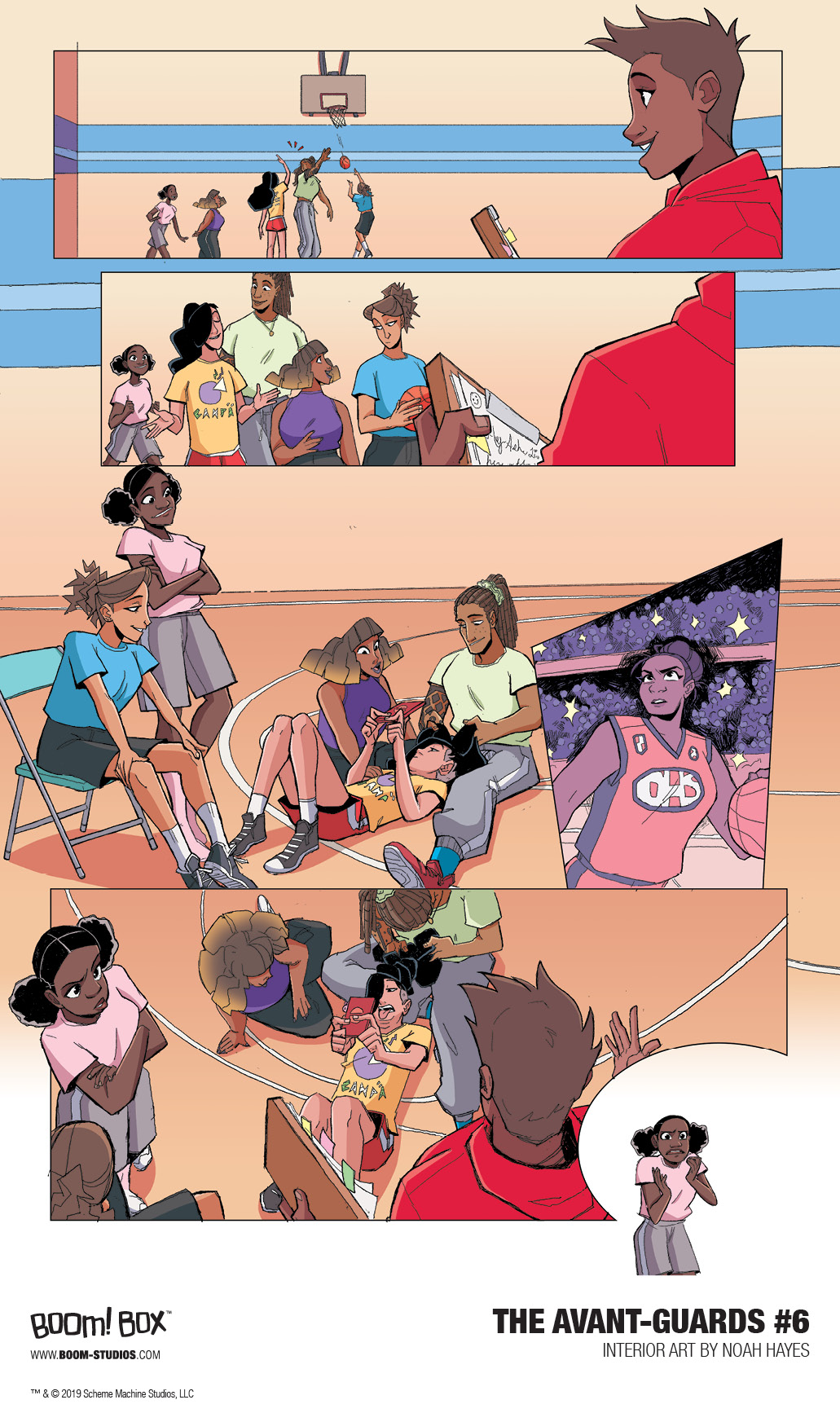 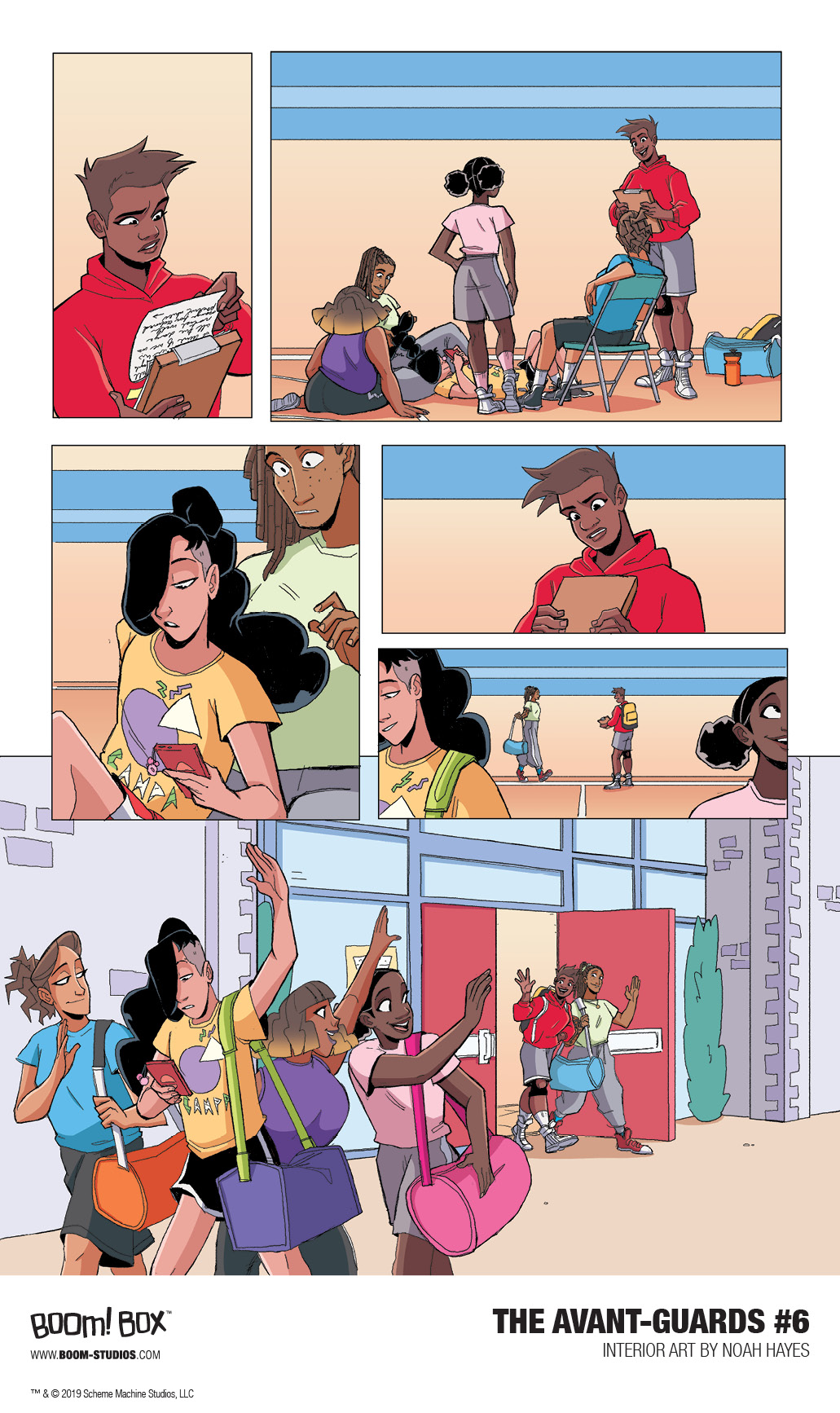 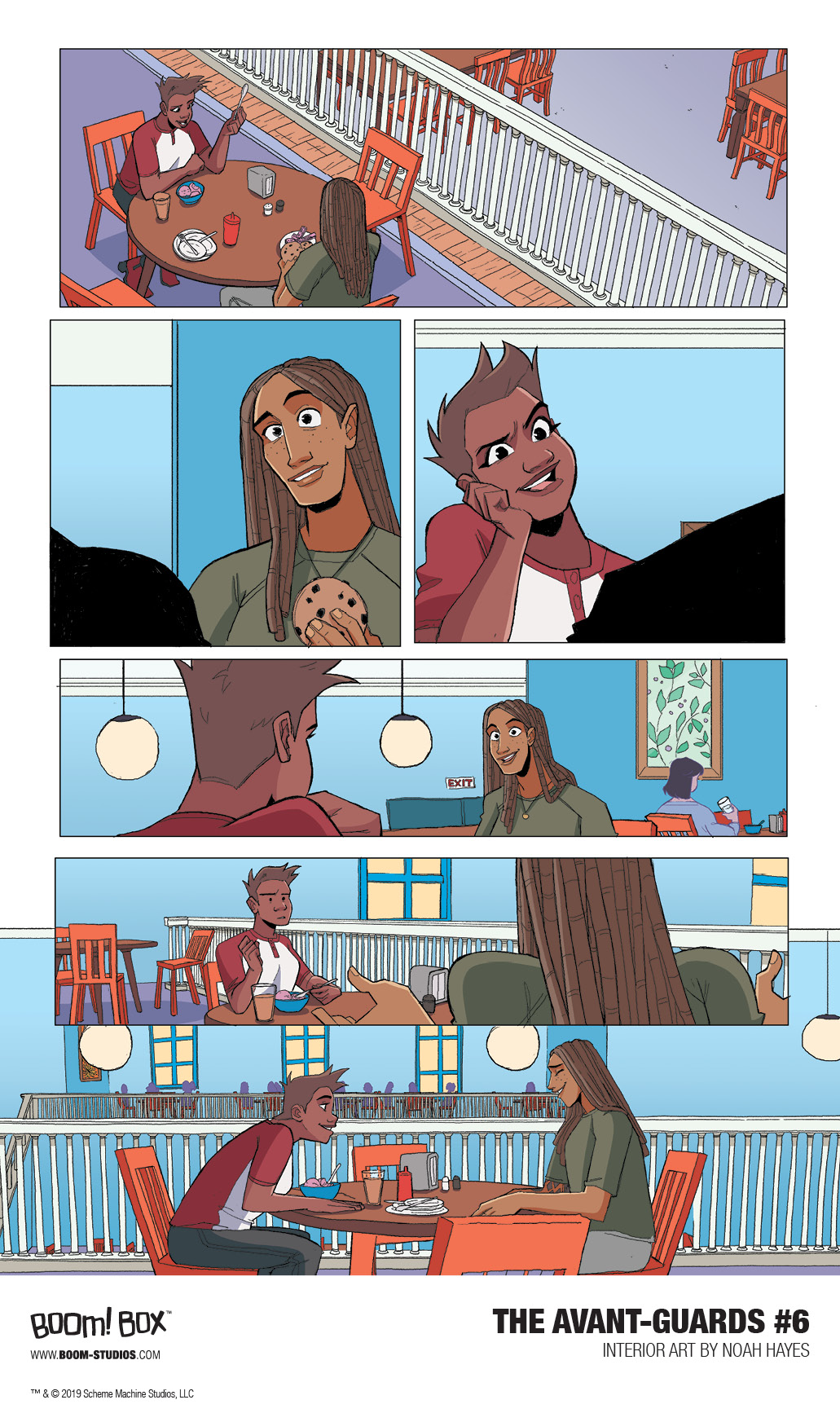 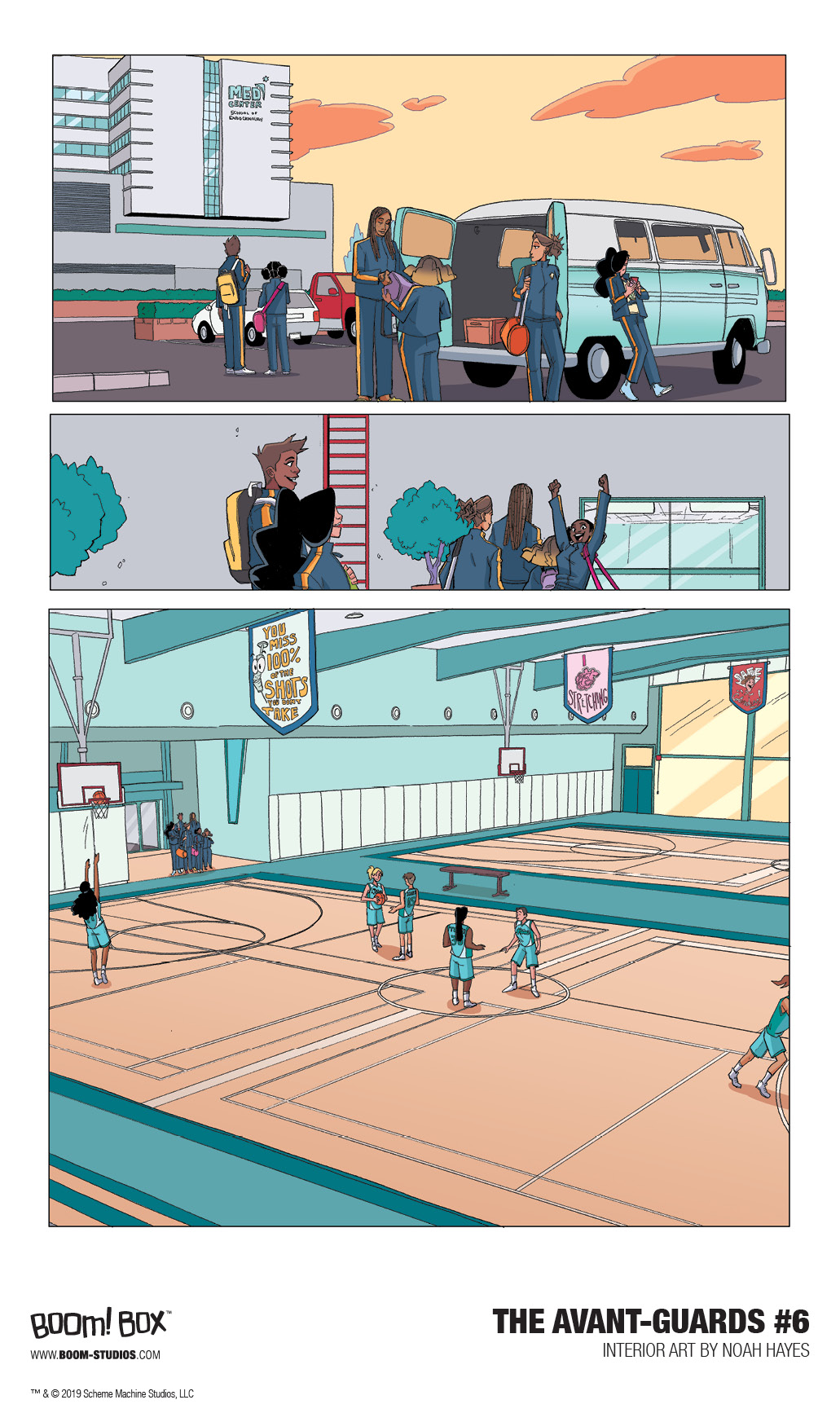