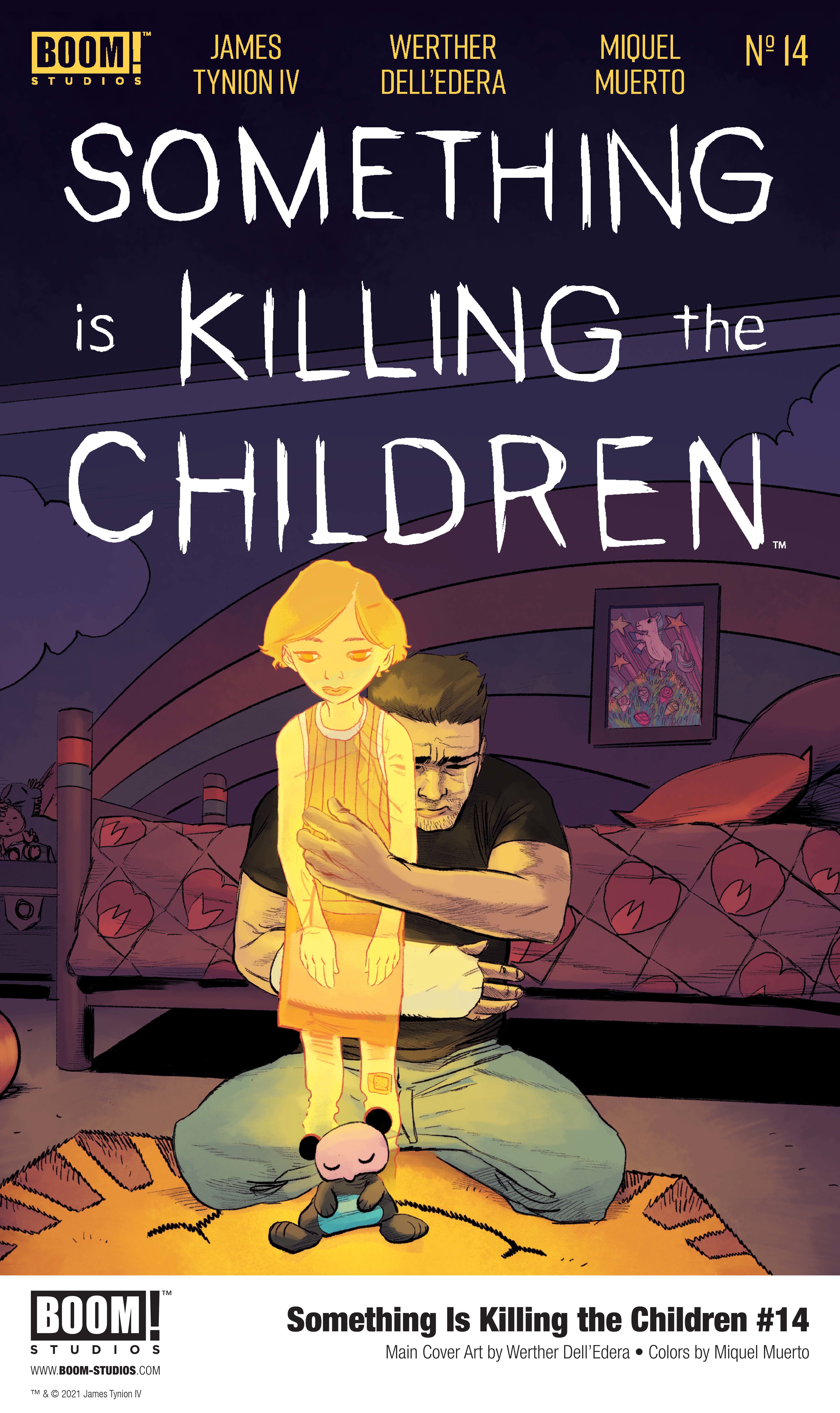 LOS ANGELES, CA (January 14, 2021) – BOOM! Studios today revealed a first look at SOMETHING IS KILLING THE CHILDREN #14, the newest chapter of the Eisner Award-nominated horror series from GLAAD Award-winning author James Tynion IV (The Woods, Batman), artist Werther Dell’Edera (Briggs Land), colorist Miquel Muerto (Bury the Lede), and letterer AndWorld Design (Martian Manhunter), about the close-knit community of Archer’s Peak, rocked by a series of murders, and Erica Slaughter, a mysterious figure who rides into town claiming she can stop the brutal attacks turning their lives upside down.

To save the town, Erica must take on the brood of monsters on her own. And Tommy is faced with a decision that means life or death.

Print copies of SOMETHING IS KILLING THE CHILDREN #14 will be available for sale January 27, 2021 exclusively at local comic book shops (use comicshoplocator.com to find the nearest one) or at the BOOM! Studios webstore. Digital copies can be purchased from content providers, including comiXology, iBooks, Google Play, and Madefire. 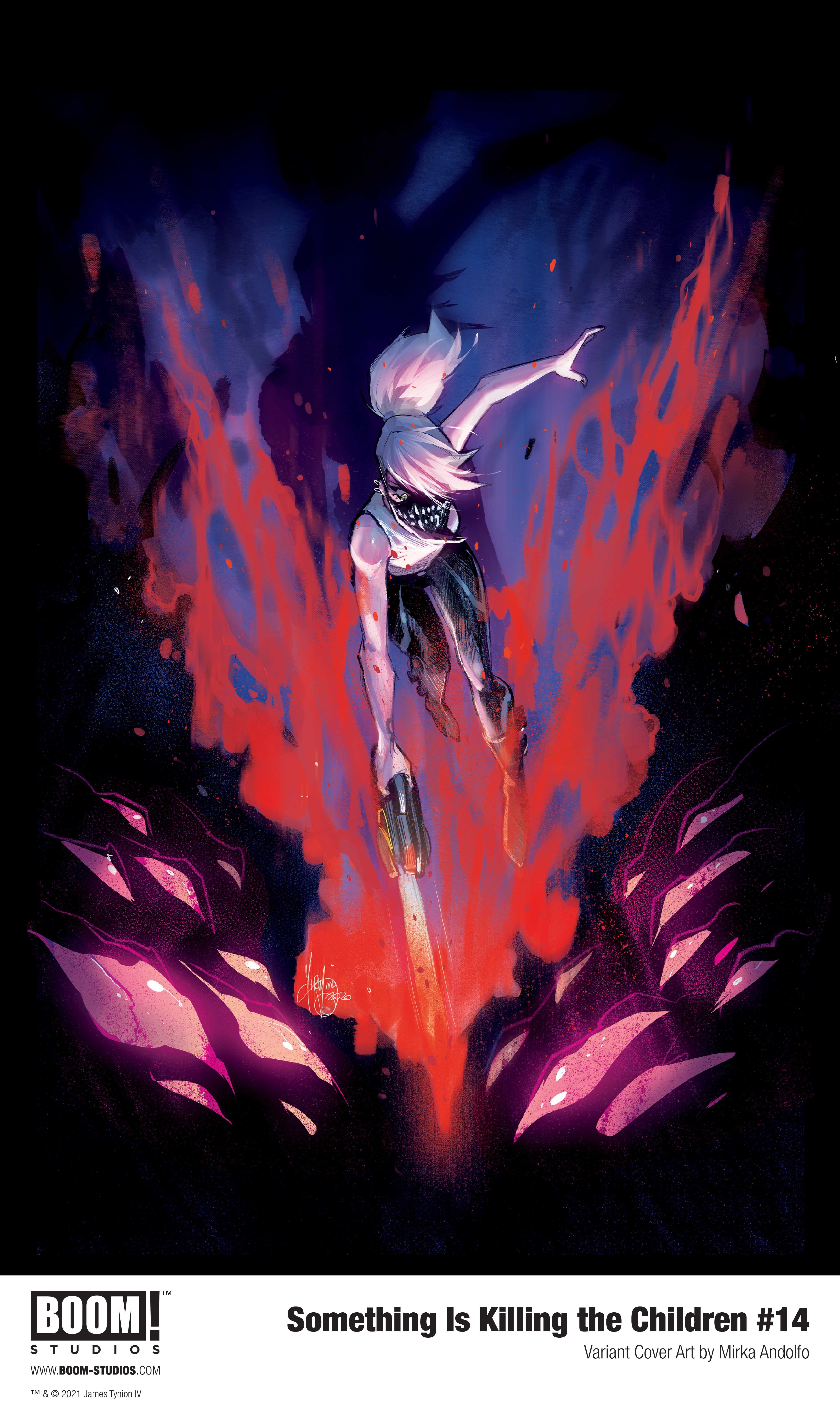 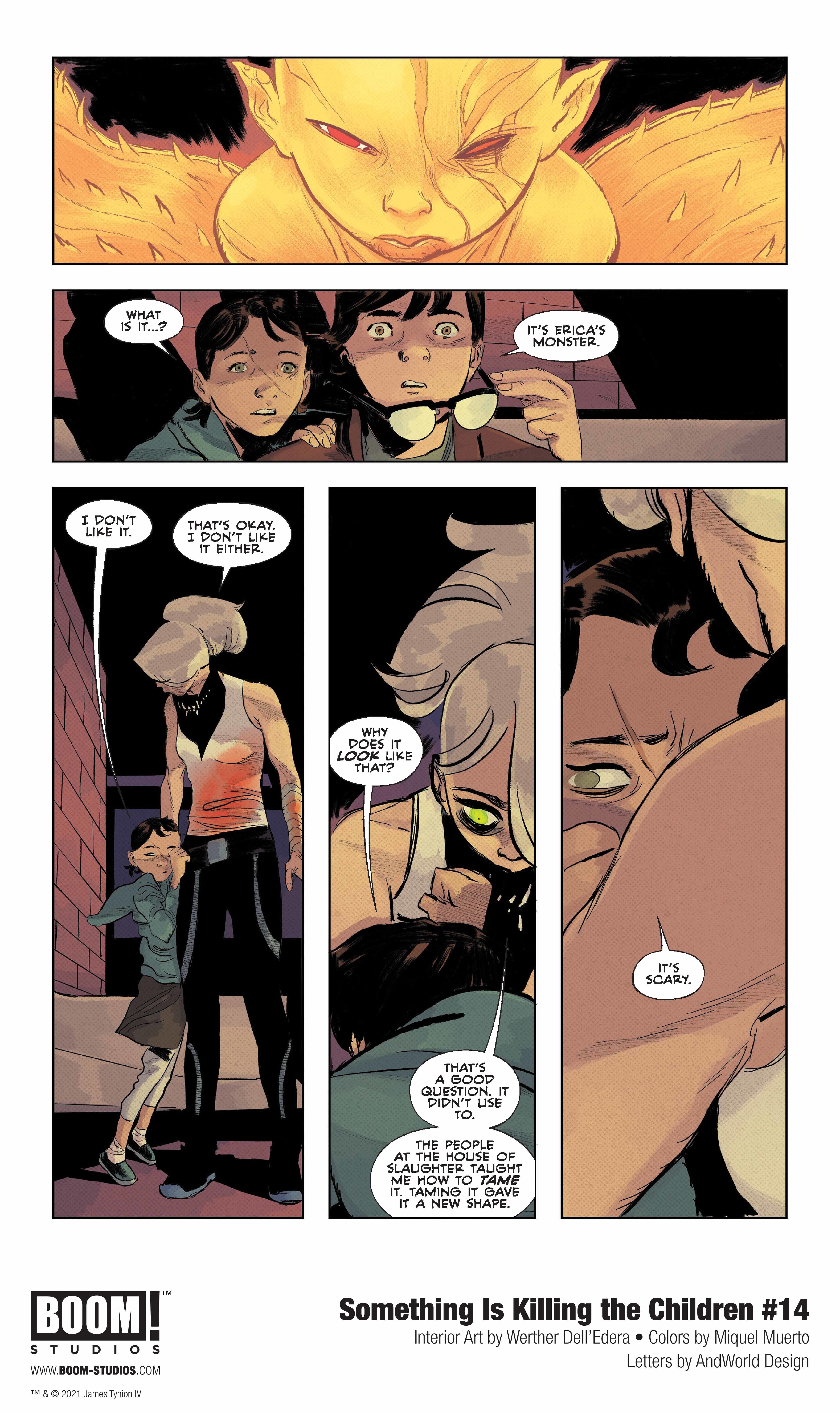 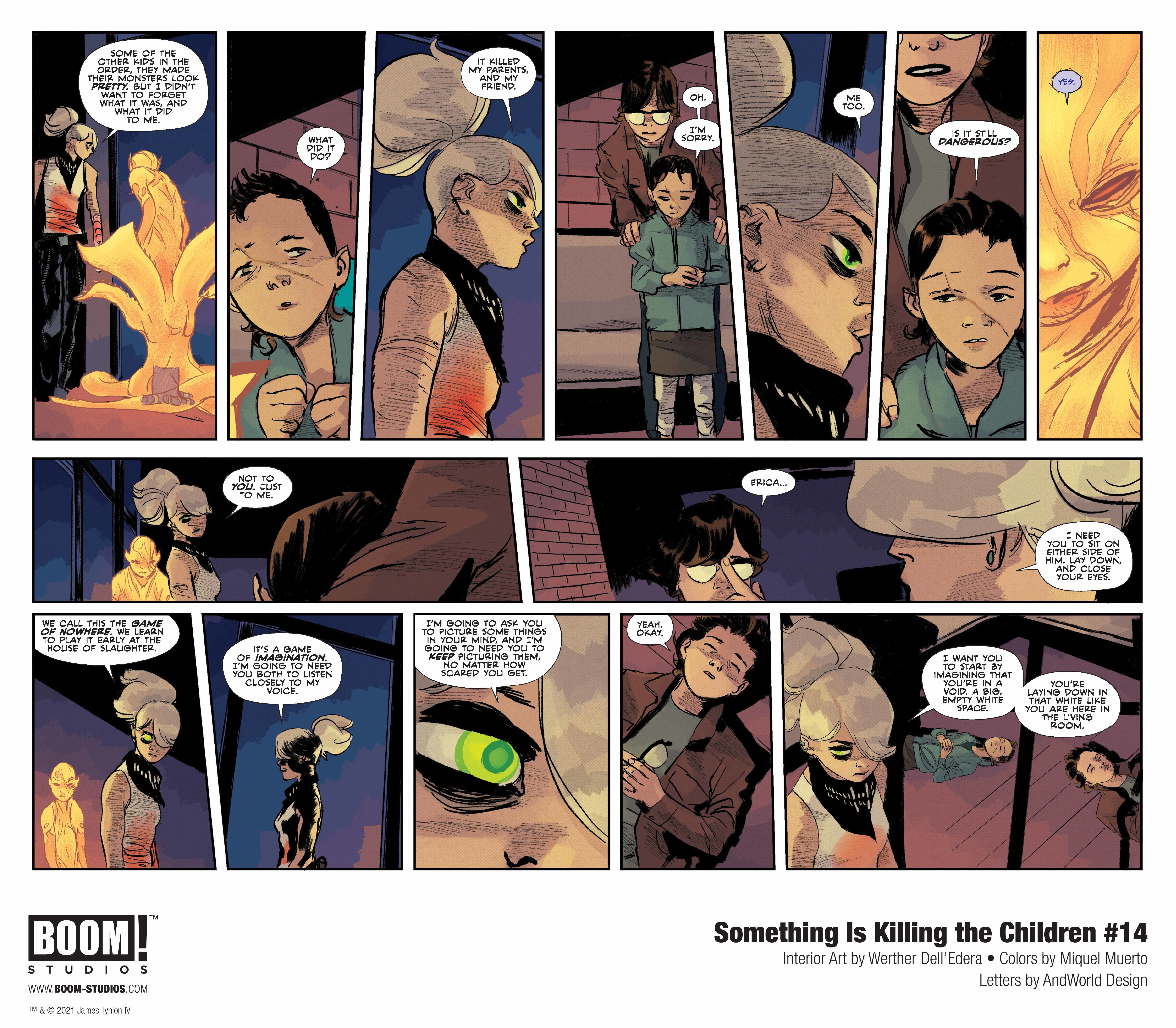 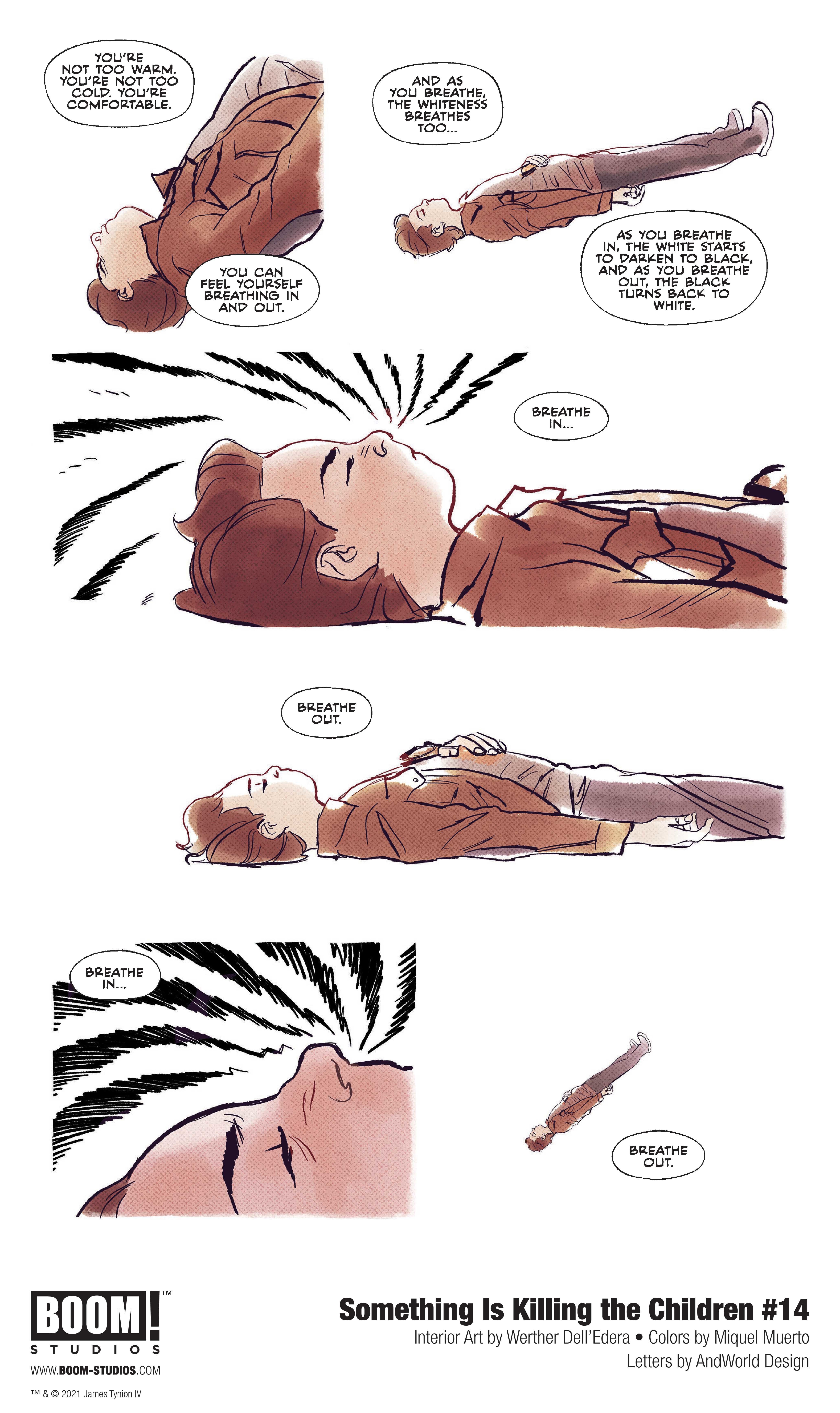 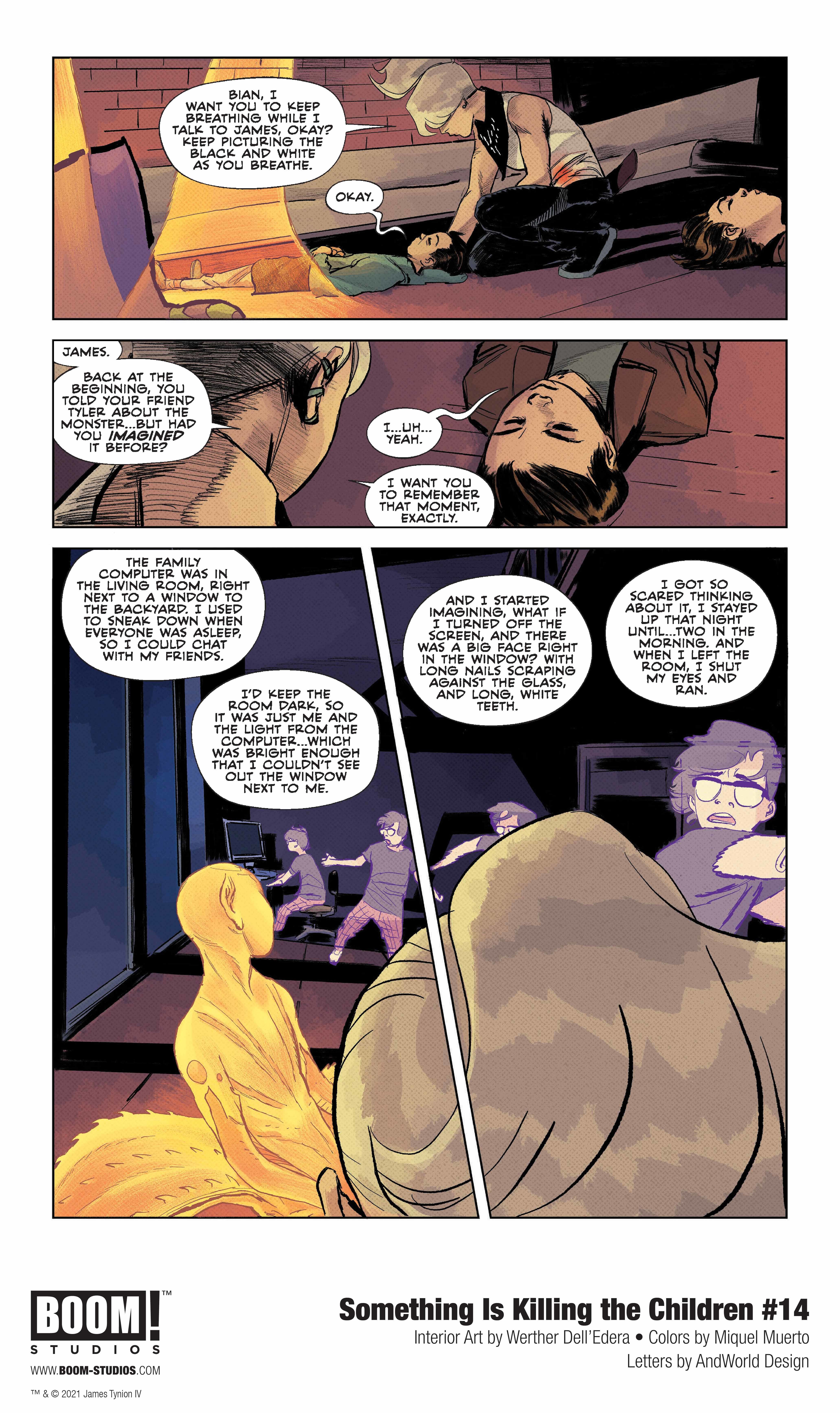