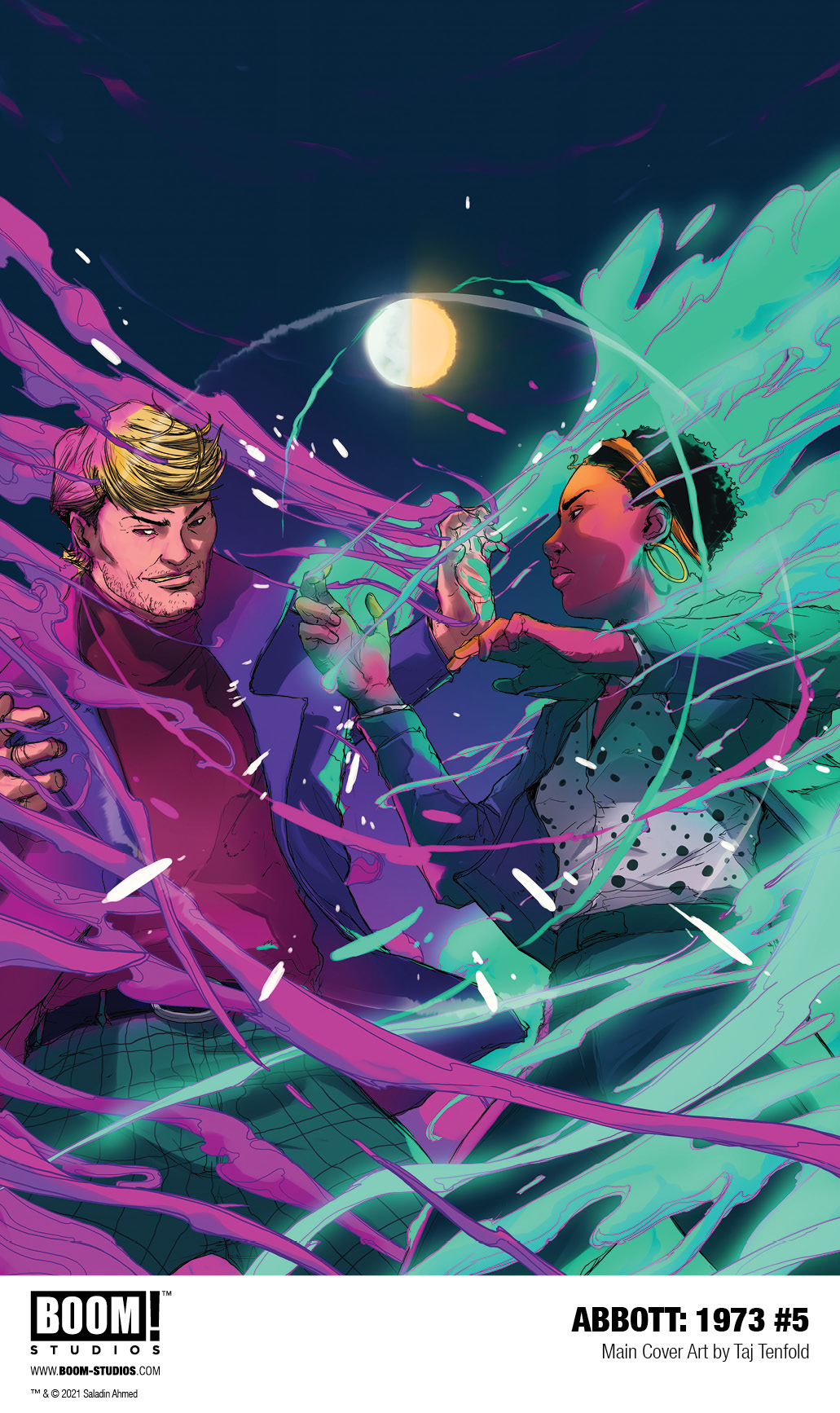 LOS ANGELES, CA (May 3, 2021) –  BOOM! Studios today revealed a first look at ABBOTT: 1973 #5, the final issue of the series from Miles Morales: Spider-Manmastermind & Eisner Award-winning writer Saladin Ahmed and acclaimed artist Sami Kivelä (Machine Gun Wizards), with colorist Mattia Iacono and letterer Jim Campbell. This new five-issue series returns to the Hugo Award-nominated world of Abbott, as the eponymous unstoppable reporter tackles a new corruption taking over Detroit in 1973 and the supernatural threat behind it, available in May 2021.

This is it – Elena vs. The Umbra, with the future of Detroit on the line. But even if Elena can save those closest to her, nothing will ever be the same…

Print copies of ABBOTT: 1973 #5, featuring cover art by Taj Tenfold (Lovecraft Country), Raúl Allén (Dune: The Graphic Novel), and Tula Lotay (Faithless), will be available for sale on May 26, 2021 exclusively at local comic book shops (use comicshoplocator.com to find the nearest one) or at the BOOM! Studios webstore. Digital copies can be purchased from content providers, including comiXology, iBooks, Google Play, and Madefire.

Readers can find ABBOTT VOL 1 available everywhere books are sold. In the uncertain social and political climate of 1972 Detroit, hard-nosed, chain-smoking tabloid reporter Elena Abbott investigates a series of grisly crimes that the police have ignored. Crimes she knows to be the work of dark occult forces. Forces that took her husband from her. Forces she has sworn to destroy. Print copies of  ABBOTT: 1973 SC will be available for sale on October 6, 2021 at local comic book shops and October 12, 2021 everywhere books are sold. 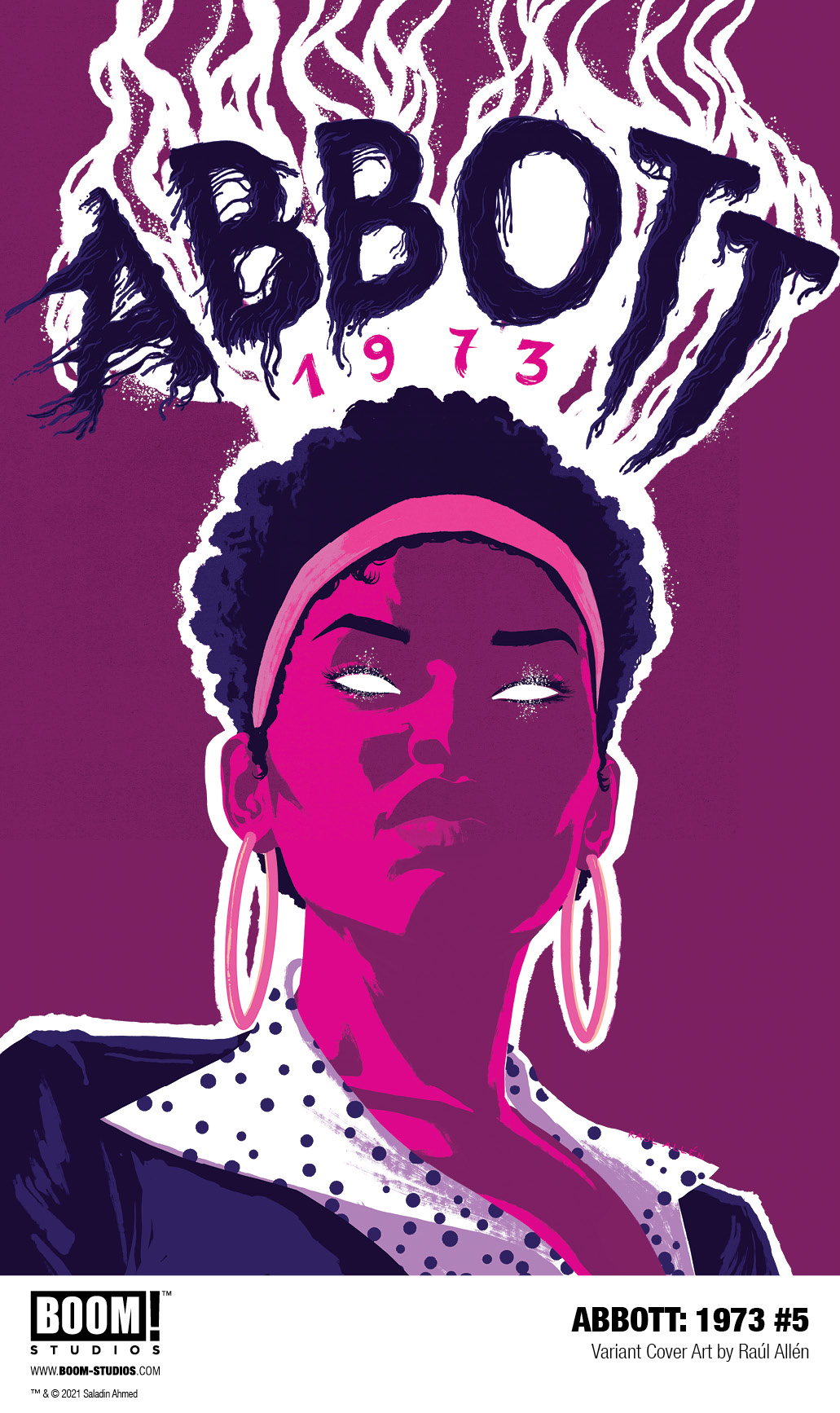 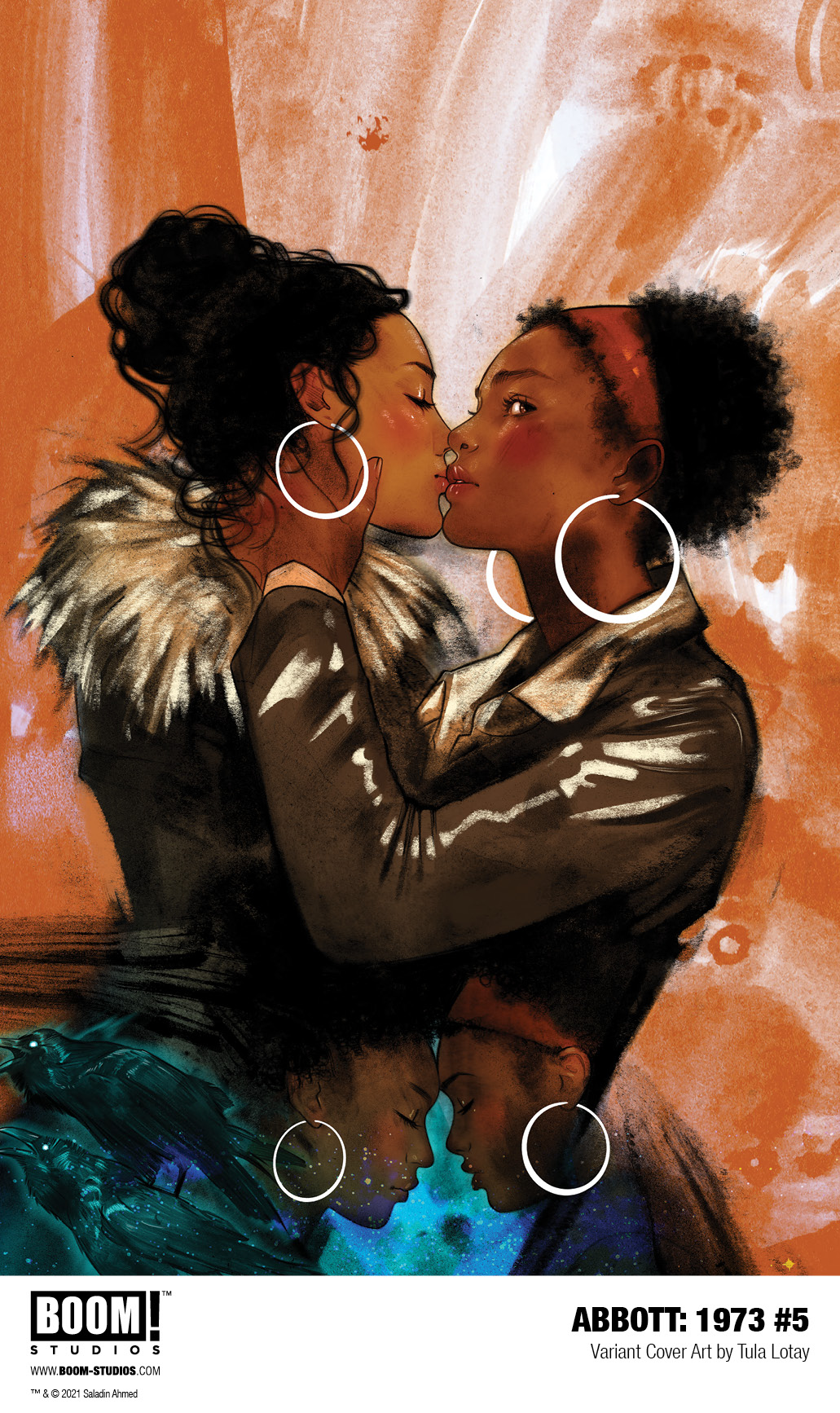 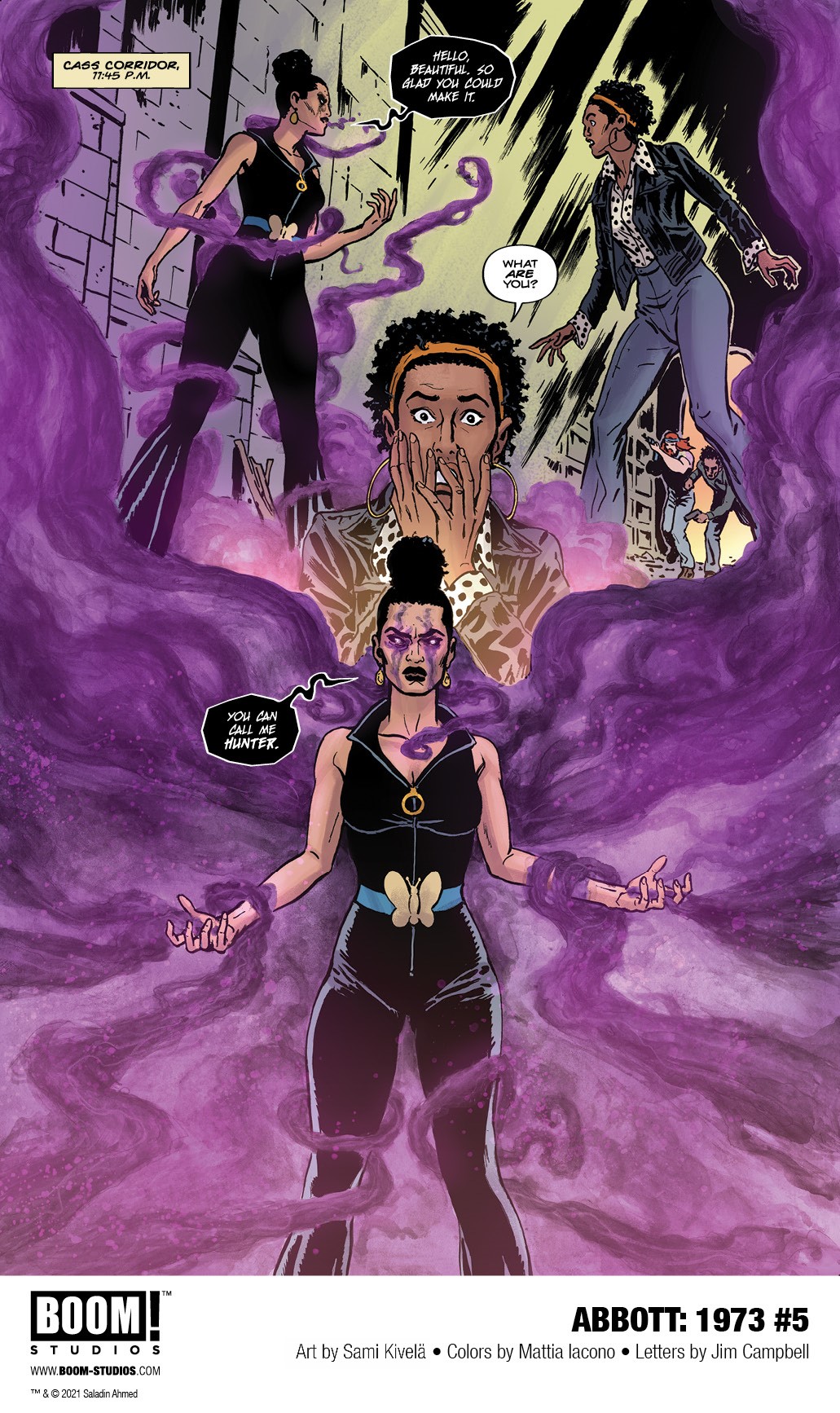 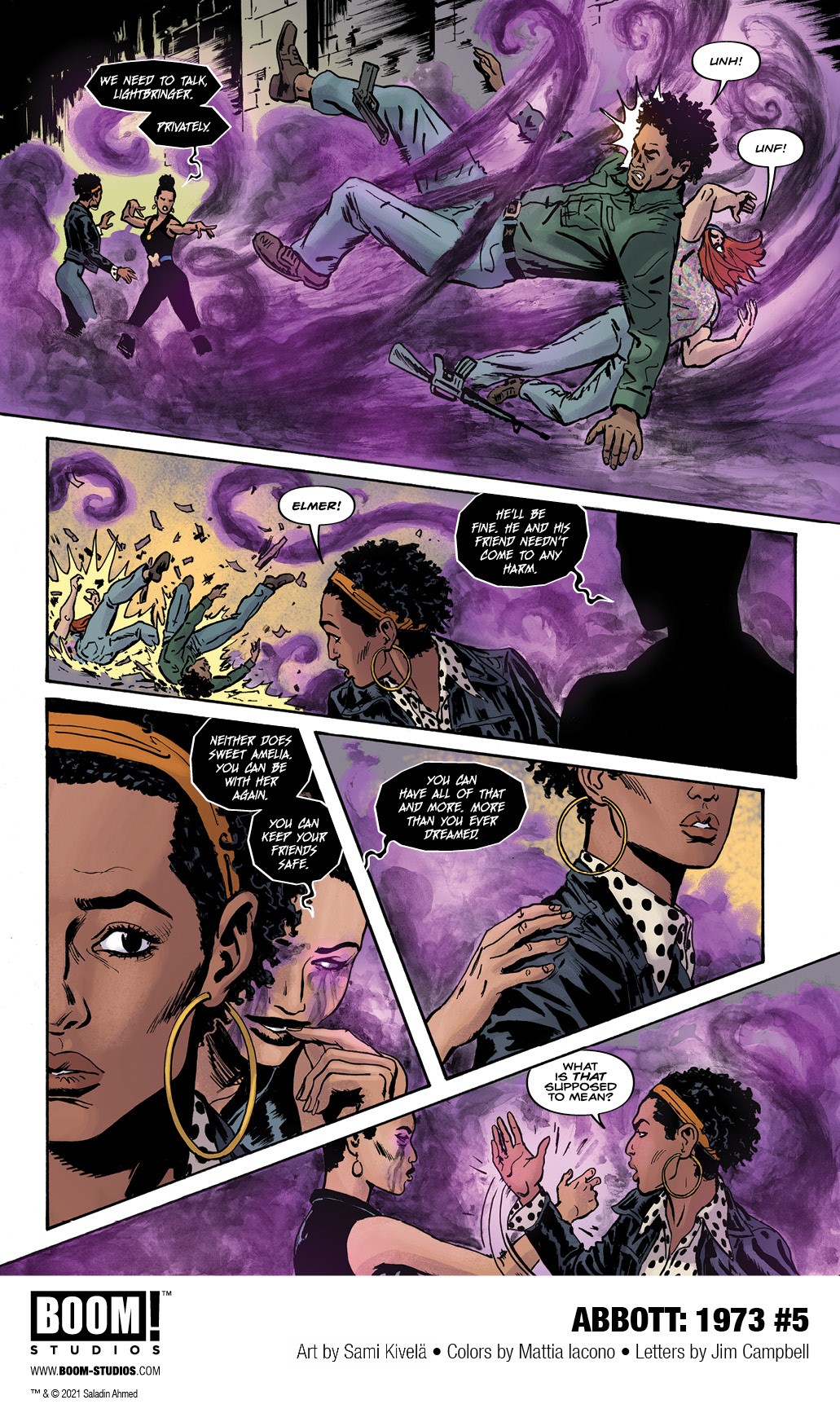 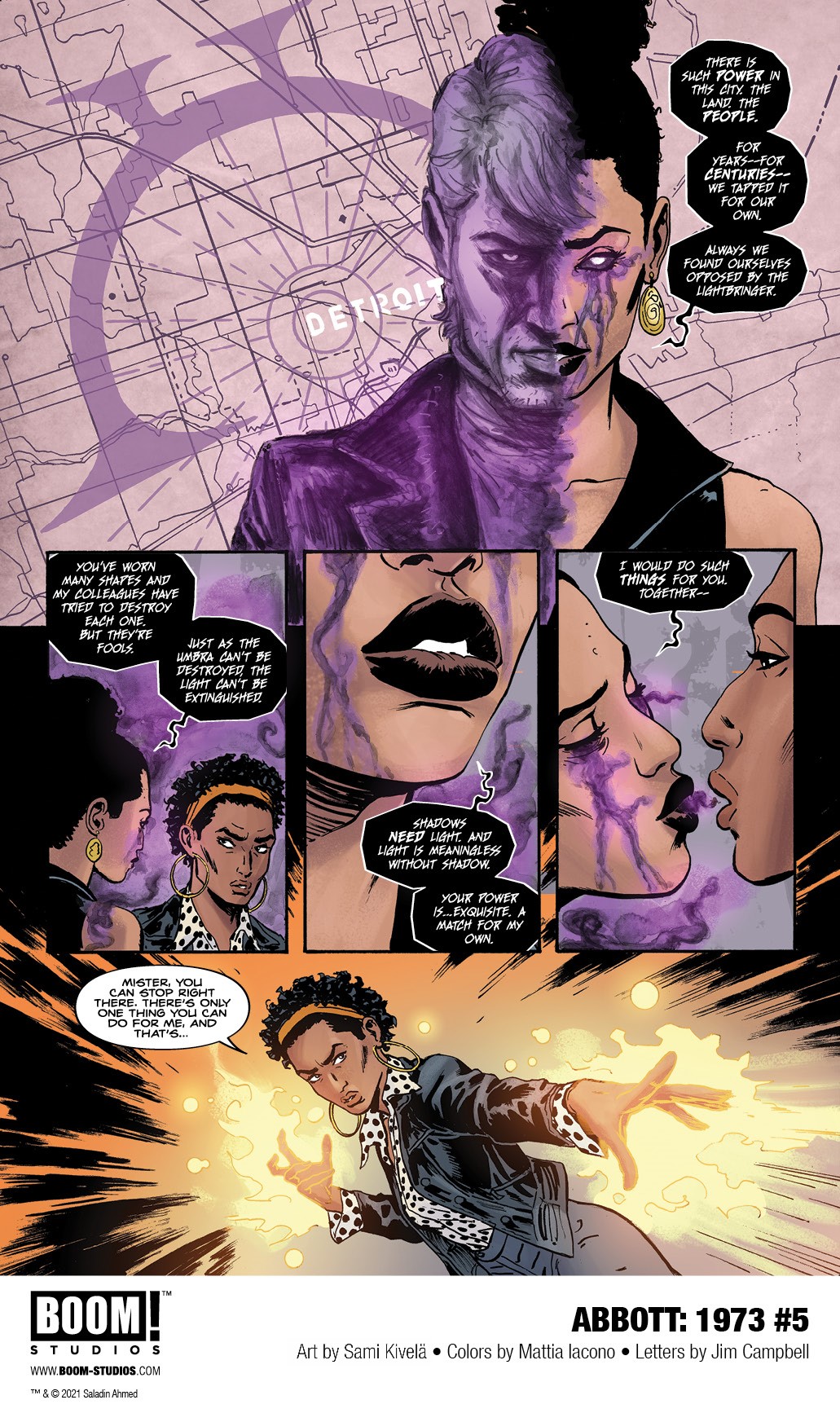 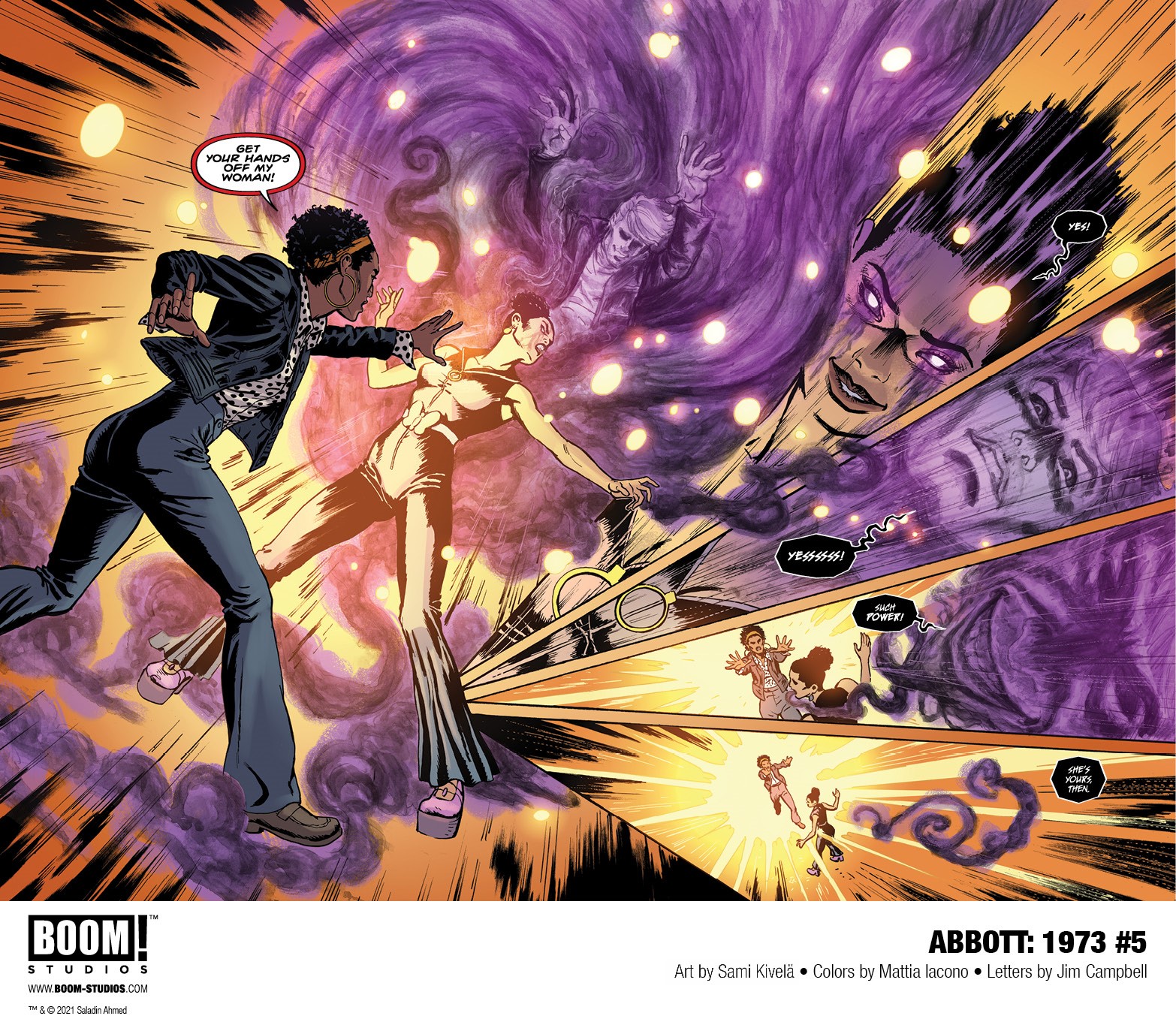