Your First Look at New Story Arc in Kieron Gillen and Dan Mora’s ONCE & FUTURE #13 From BOOM! Studios 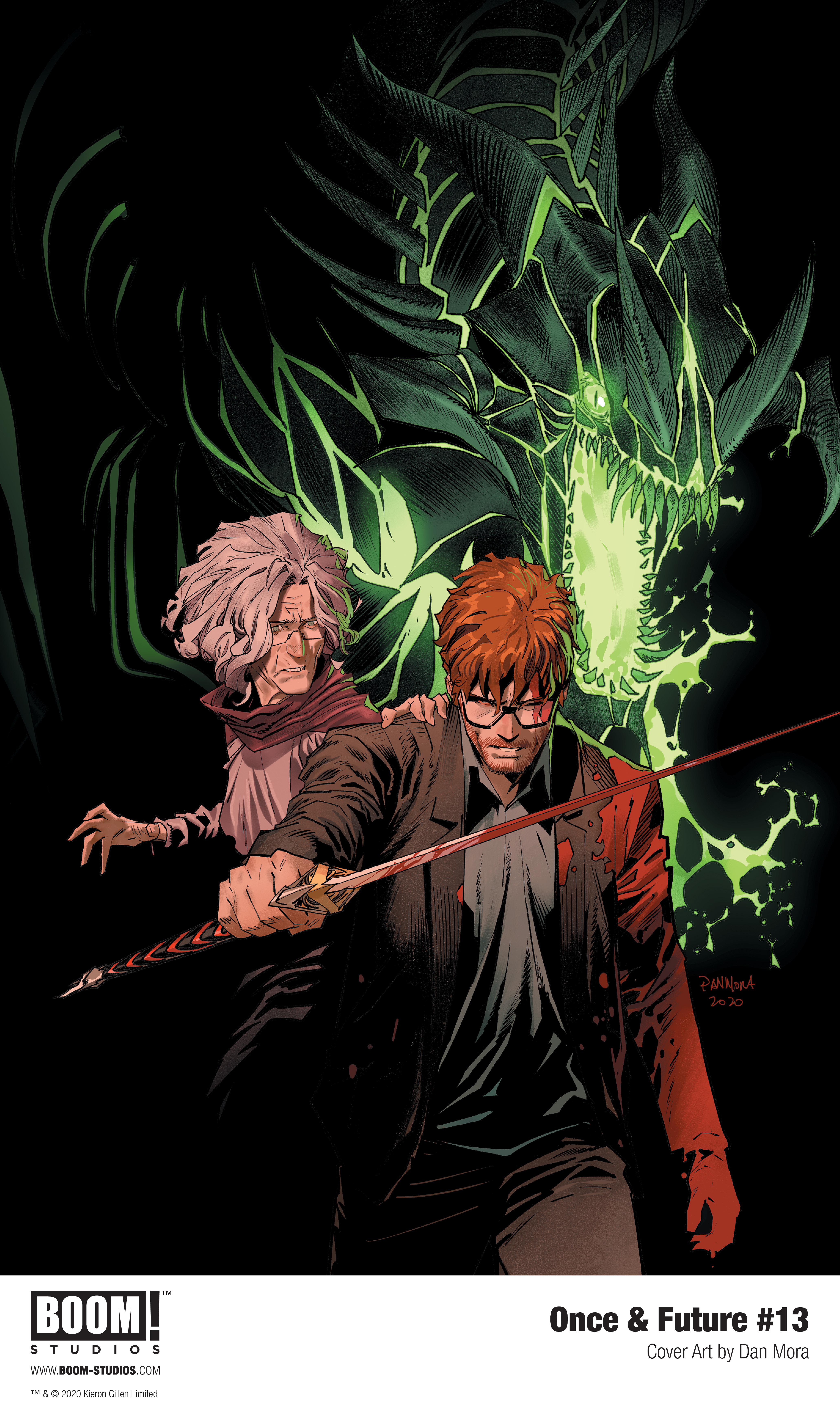 The arrival of Beowulf and Grendel from the legendary Old English poem was an unexpected one, leaving Team Gran to wonder—if Beowulf can be brought to life, what other heroic figures or deadly creatures might get dredged up from the annals of history to wreak havoc and destruction across the country?!

Meanwhile, in the Otherworld, Merlin is up to his old tricks and crossing over with another story was just the beginning of his plan . . .

Print copies of ONCE & FUTURE #13 will be available for sale on November 18, 2020 exclusively at local comic book shops (use comicshoplocator.com to find the one nearest you) or at the BOOM! Studios webstore. Digital copies can be purchased from content providers, including comiXology, iBooks, Google Play, and Madefire.

For continuing news on ONCE & FUTURE and more from BOOM! Studios, stay tuned to www.boom-studios.com and follow @boomstudios on Twitter. 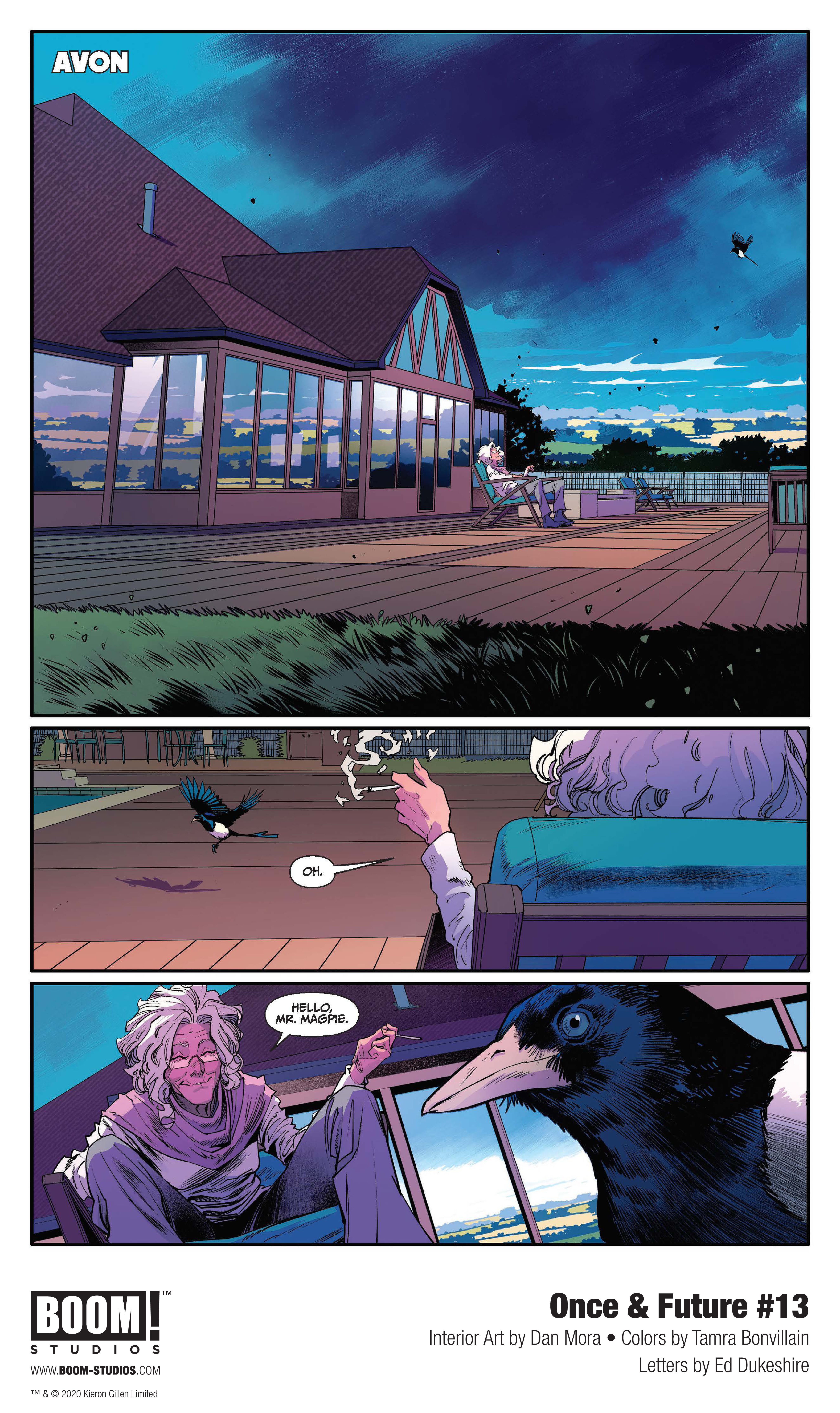 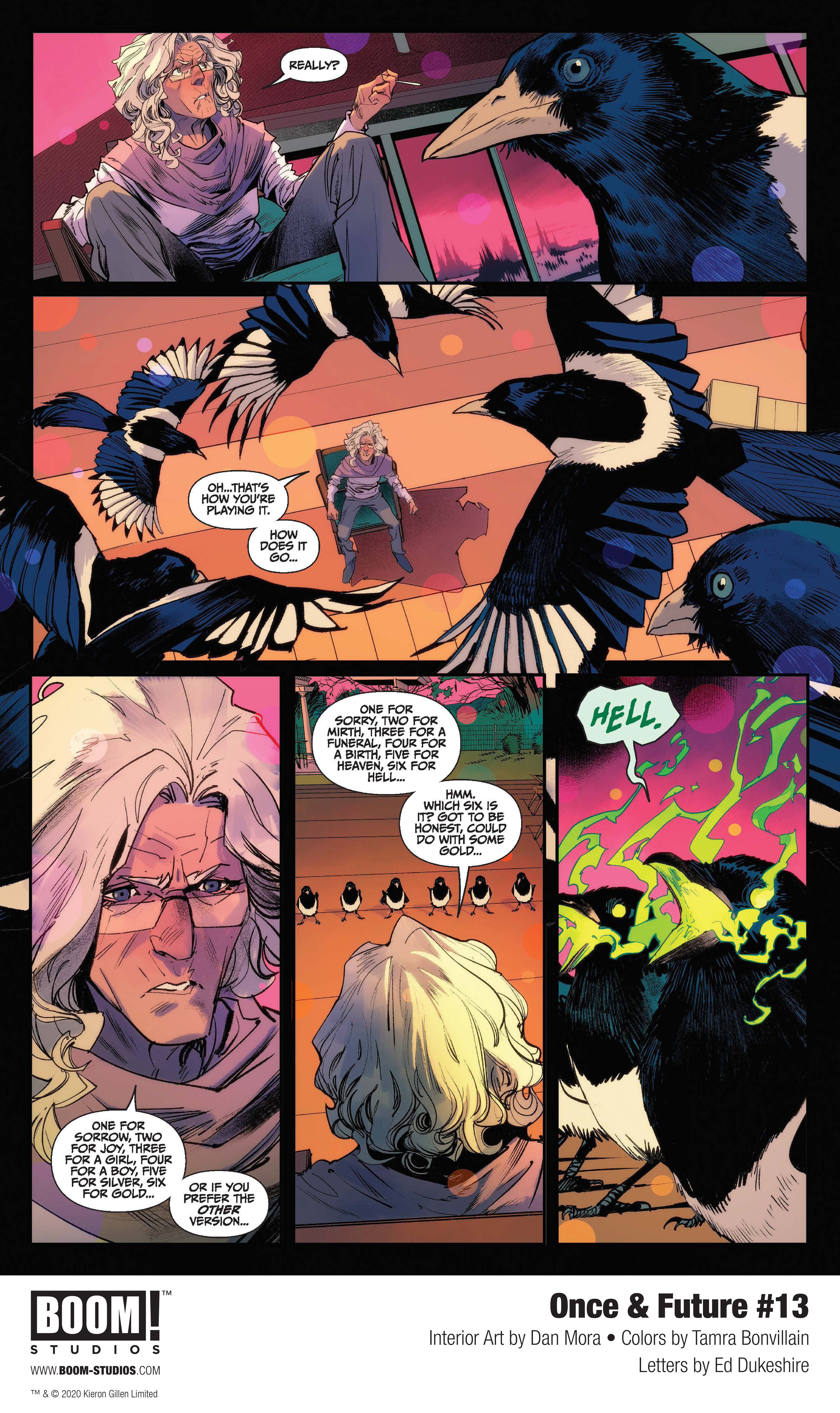 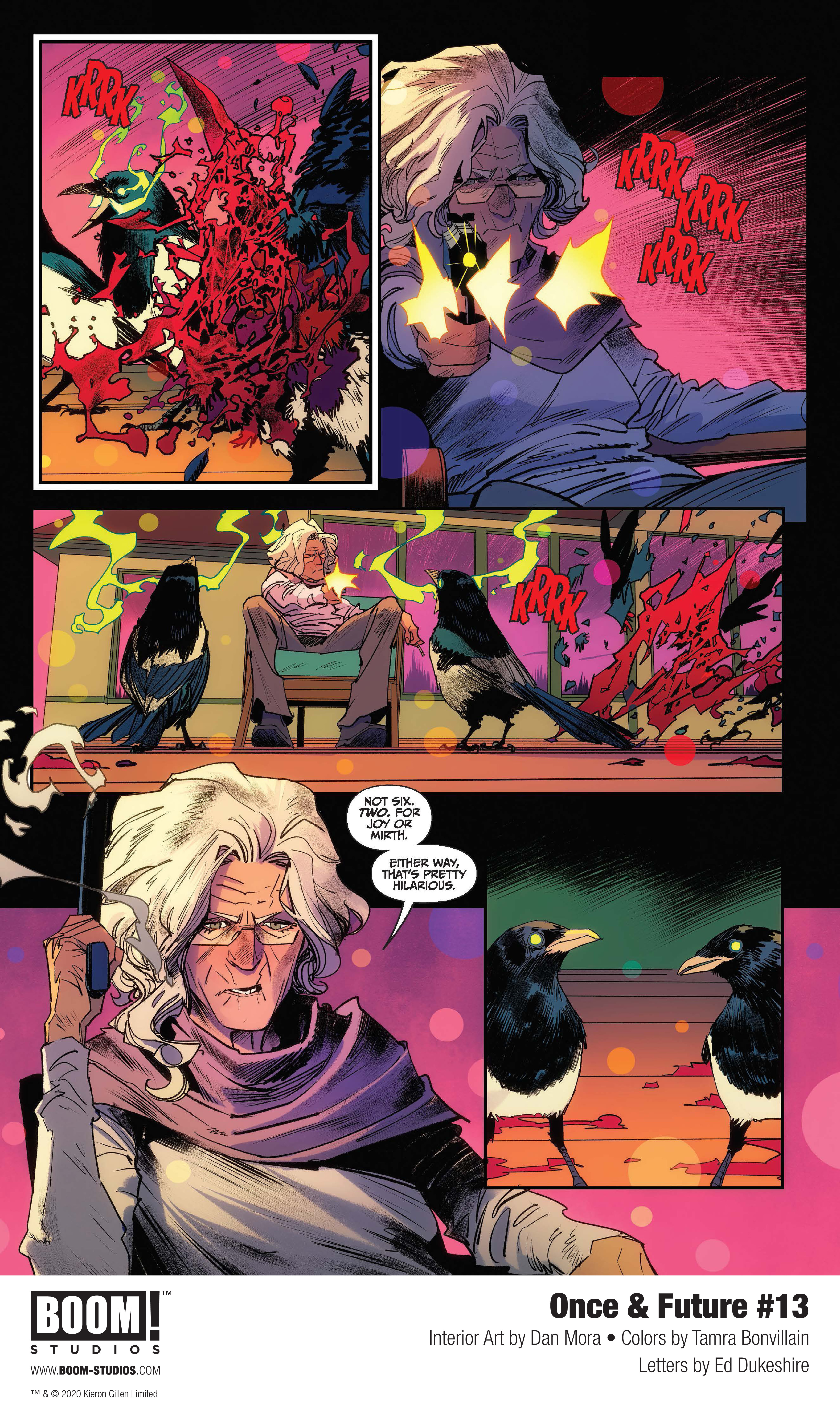 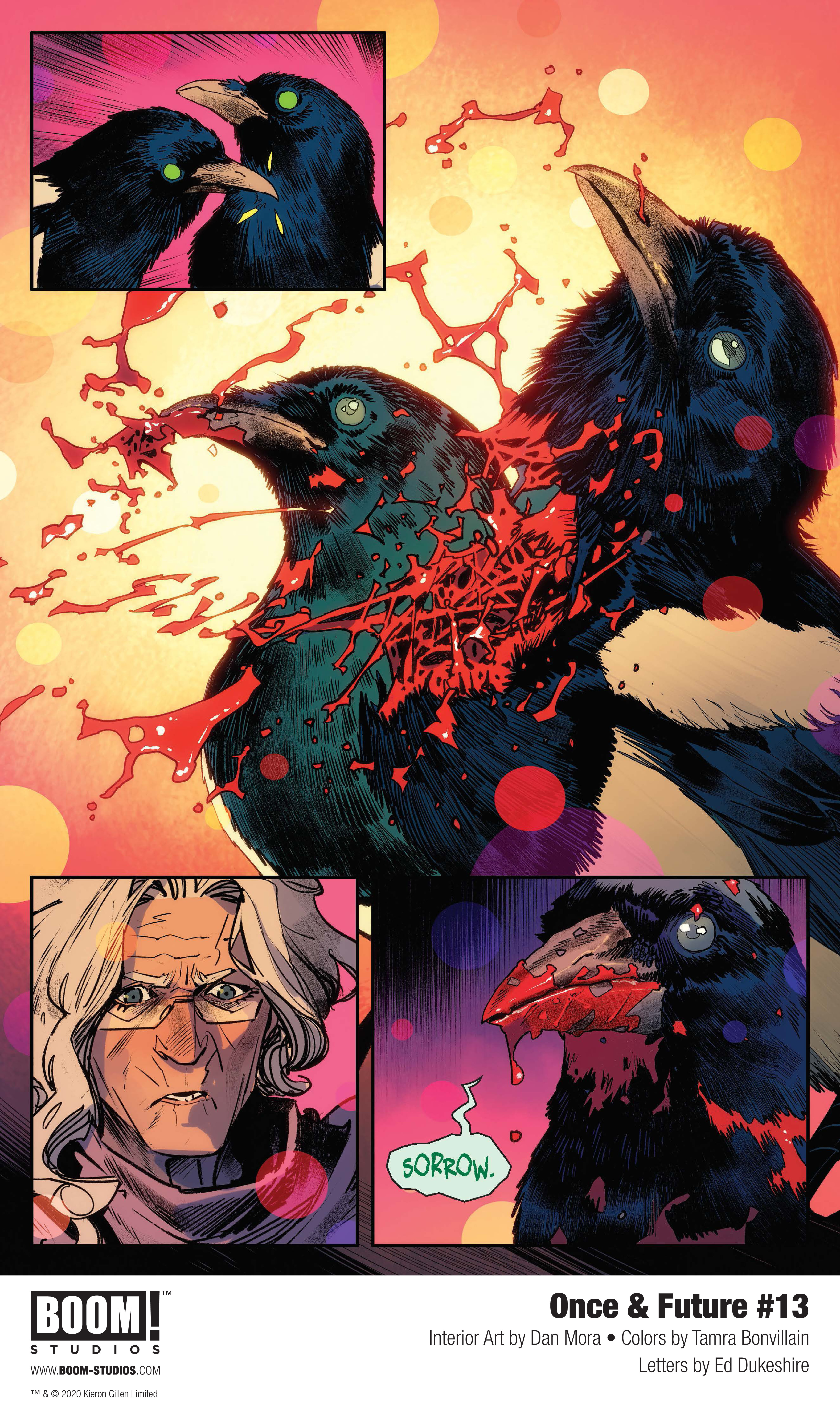 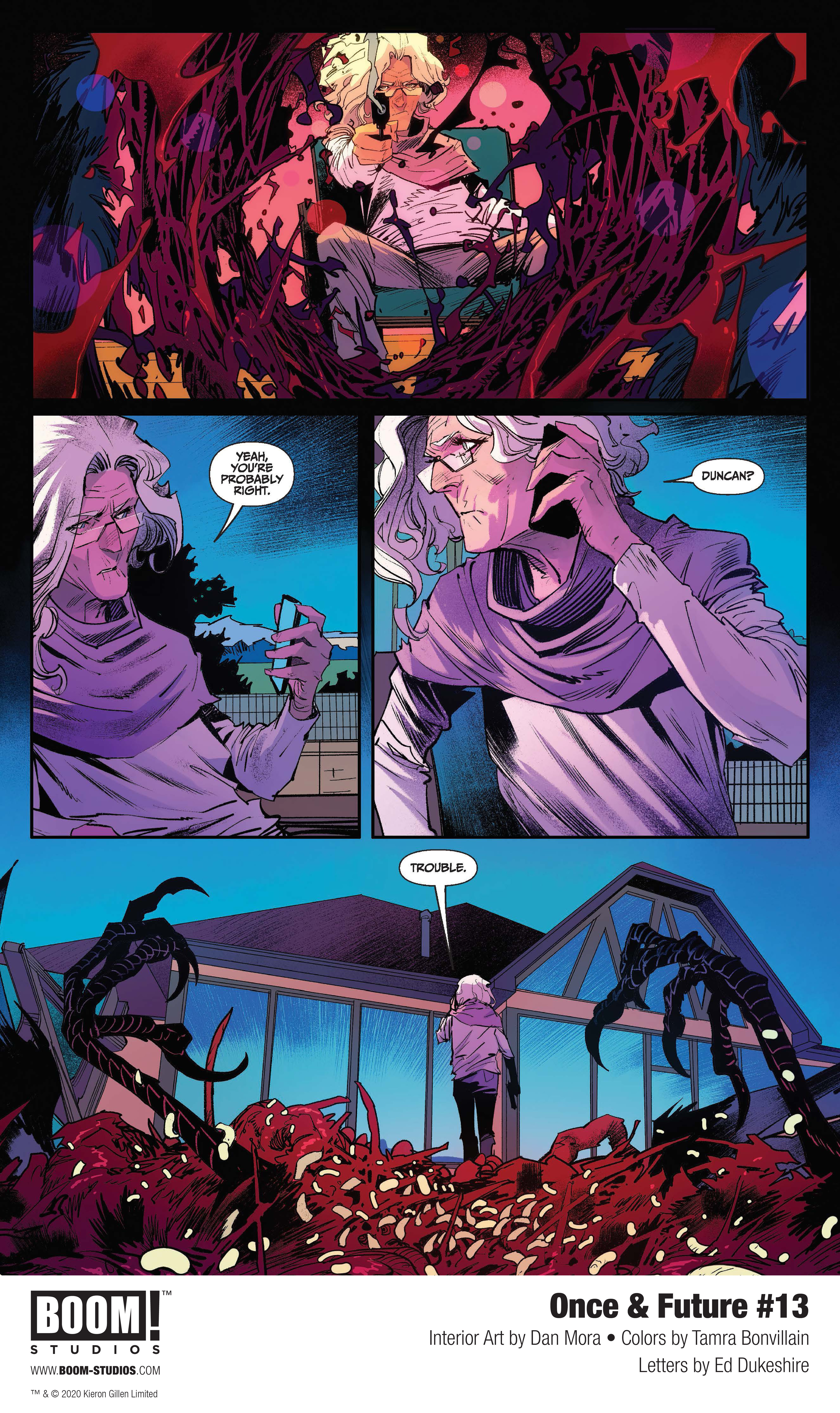