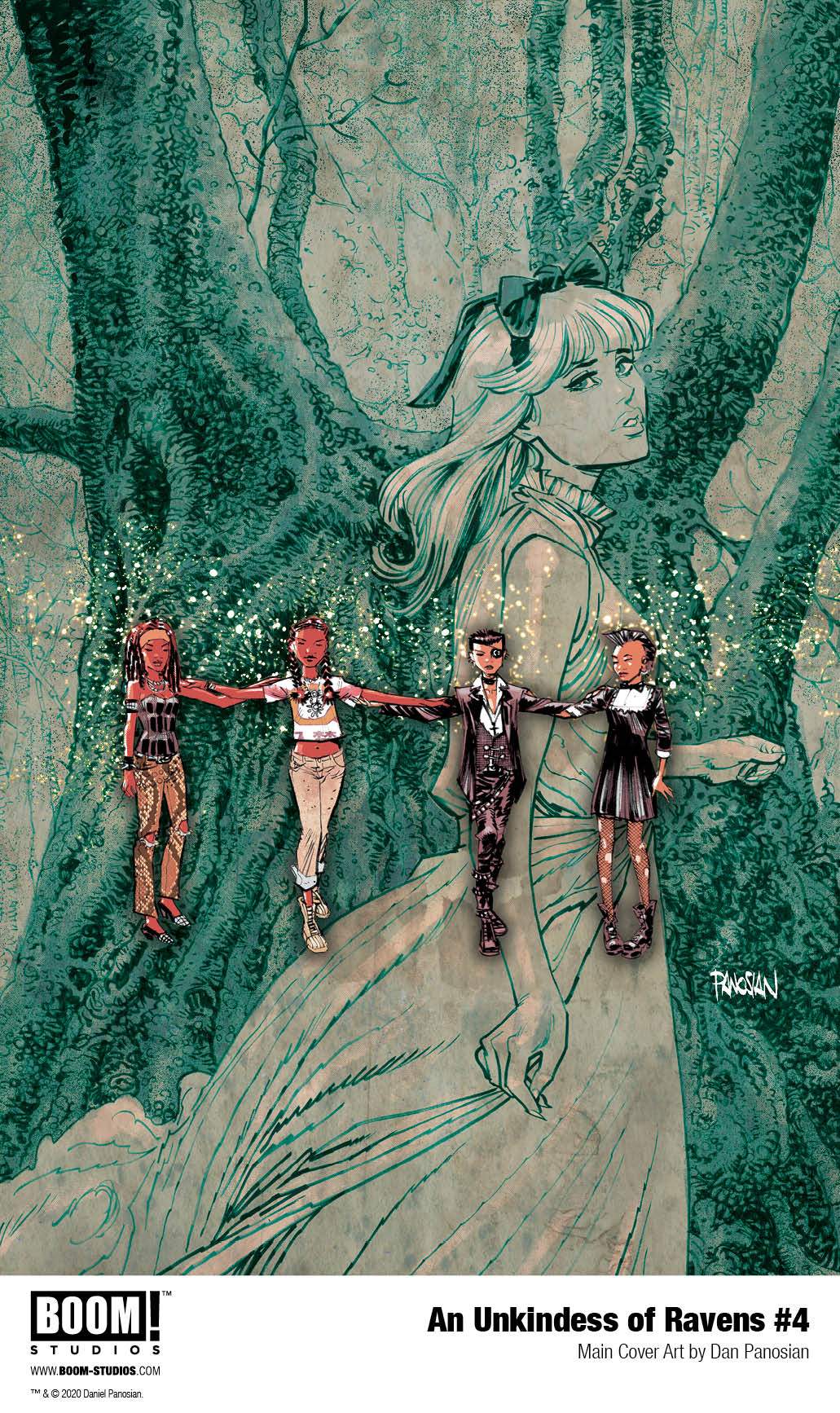 The truth about Wilma – and the people she loves most – is finally revealed! But as Wilma is left reeling from these revelations, she and the Ravens discover just where Waverly has been – and it may be more than they can handle.

AN UNKINDNESS OF RAVENS is the latest release from BOOM! Studios’ eponymous imprint, home to critically acclaimed original series, including BRZRKR by Keanu Reeves, Matt Kindt, and Ron Garney; Once & Future by Kieron Gillen and Dan Mora; Something is Killing the Children by James Tynion IV and Werther Dell’Edera; Faithless by Brian Azzarello and Maria Llovet; The Red Mother by Jeremy Haun and Danny Luckert; Alienated by Simon Spurrier and Chris Wildgoose; King of Nowhere by W. Maxwell Prince and Tyler Jenkins; Wynd by James Tynion IV and Michael Dialynas; Seven Secrets by Tom Taylor and Daniele Di Nicuolo; and We Only Find Them When They’re Dead by Al Ewing and Simone Di Meo. The imprint also publishes popular licensed properties including Dune: House Atreides by Brian Herbert, Kevin J. Anderson, and Dev Pramanik; Joss Whedon’s Firefly from Greg Pak and Dan McDaid; Buffy the Vampire Slayer from Jordie Bellaire and Ramon Bachs; Angel from Bryan Edward Hill and Gleb Melnikov; and Mighty Morphin and Power Rangers from Ryan Parrott, Marco Renna, and Francesco Mortarino.

Print copies of AN UNKINDNESS OF RAVENS #4 will be available on December 23, 2020  exclusively at local comic book shops (use comicshoplocator.com to find the nearest one), or at the BOOM! Studios webstore. Digital copies can be purchased from content providers like comiXology, iBooks, Google Play, and Madefire.

For continuing news on the AN UNKINDNESS OF RAVENS series and more from BOOM! Studios, stay tuned to www.boom-studios.com and follow @boomstudios on Twitter. 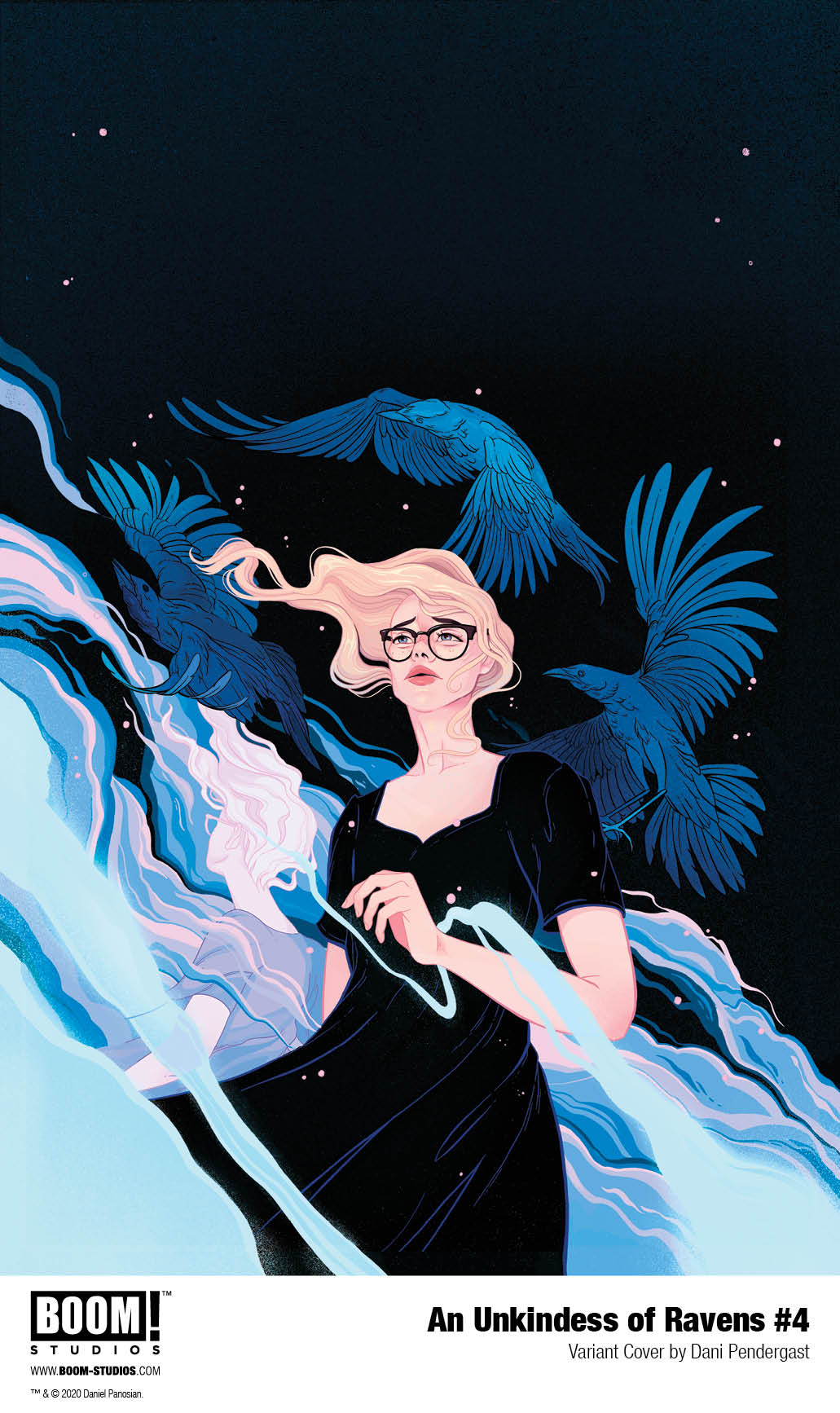 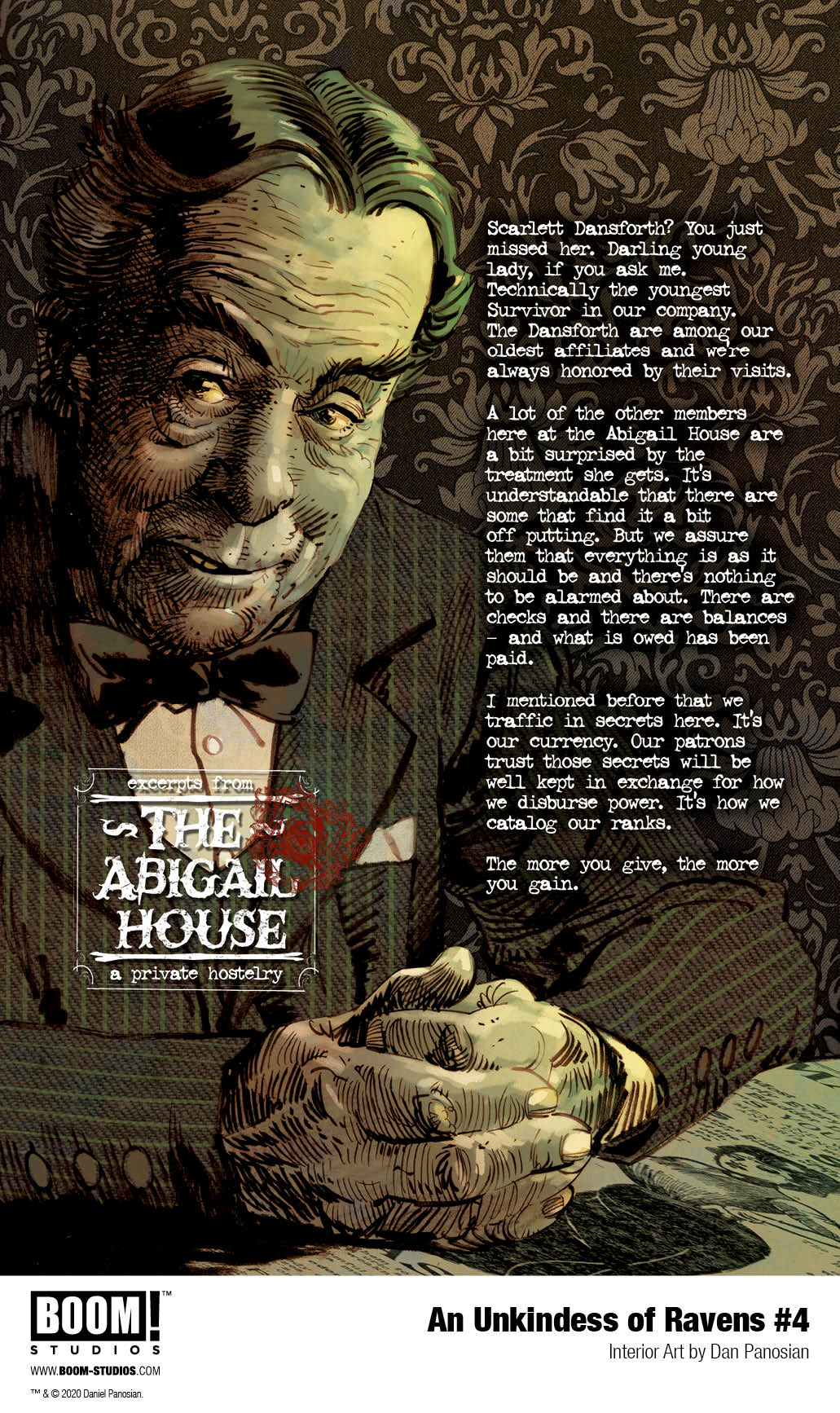 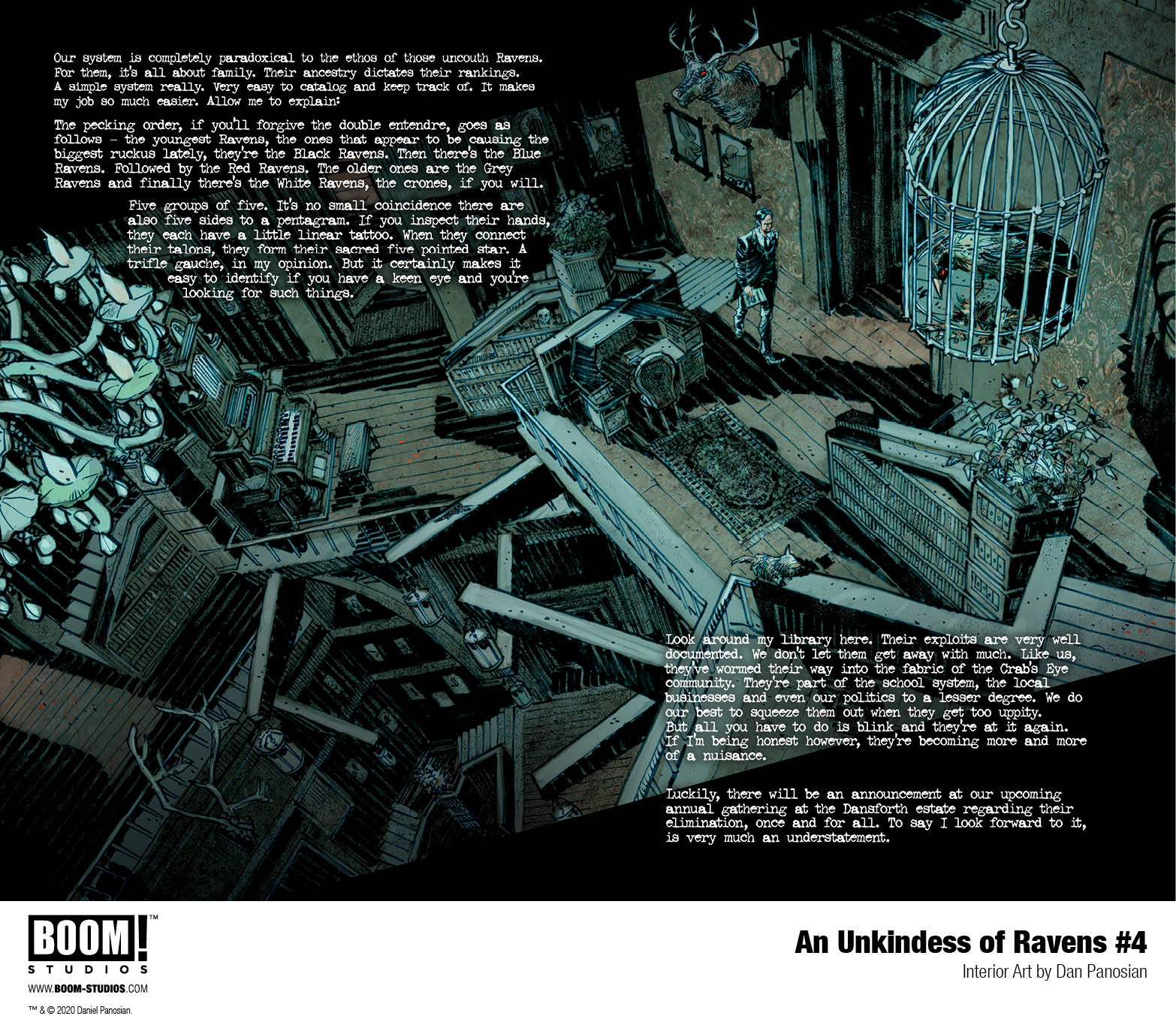 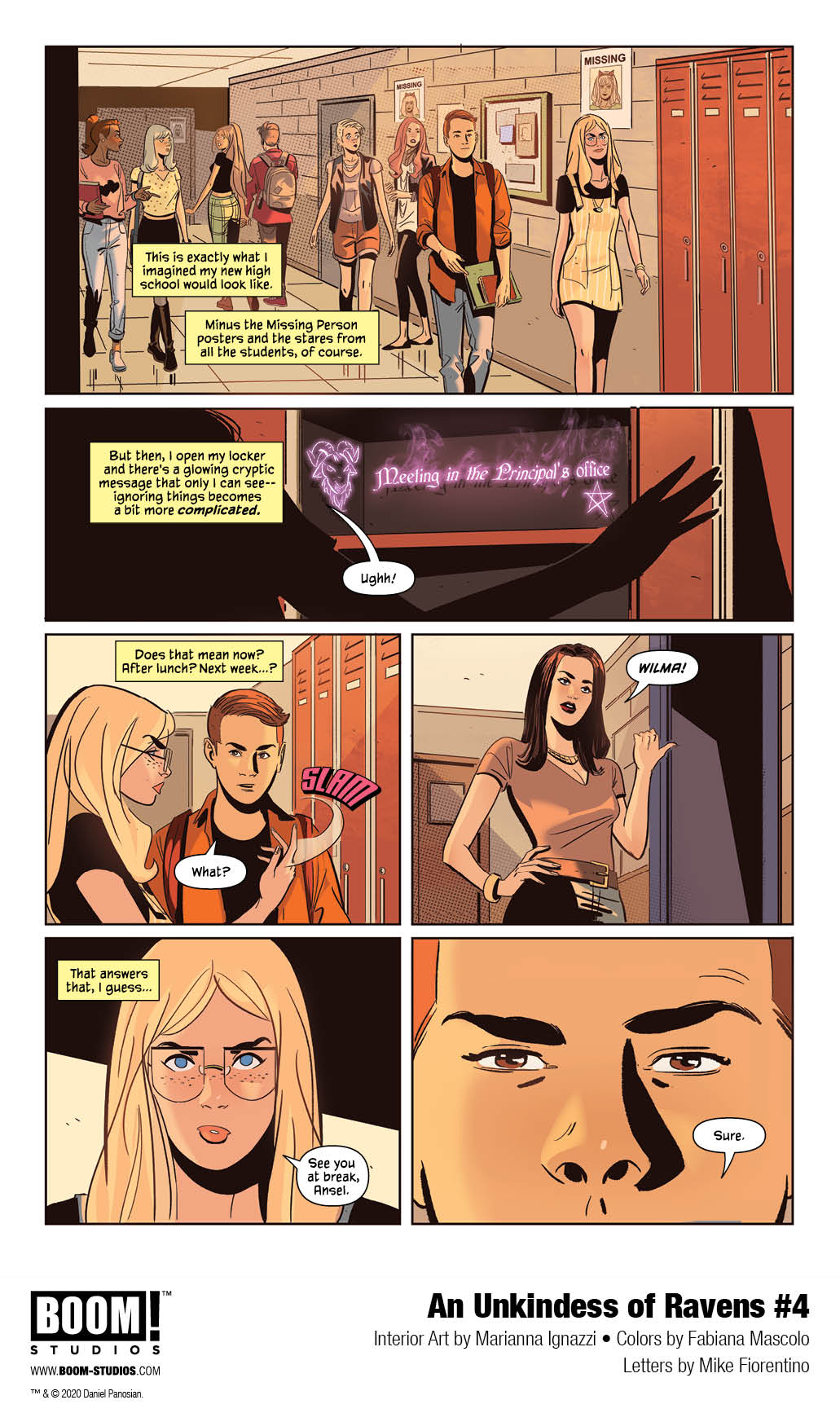 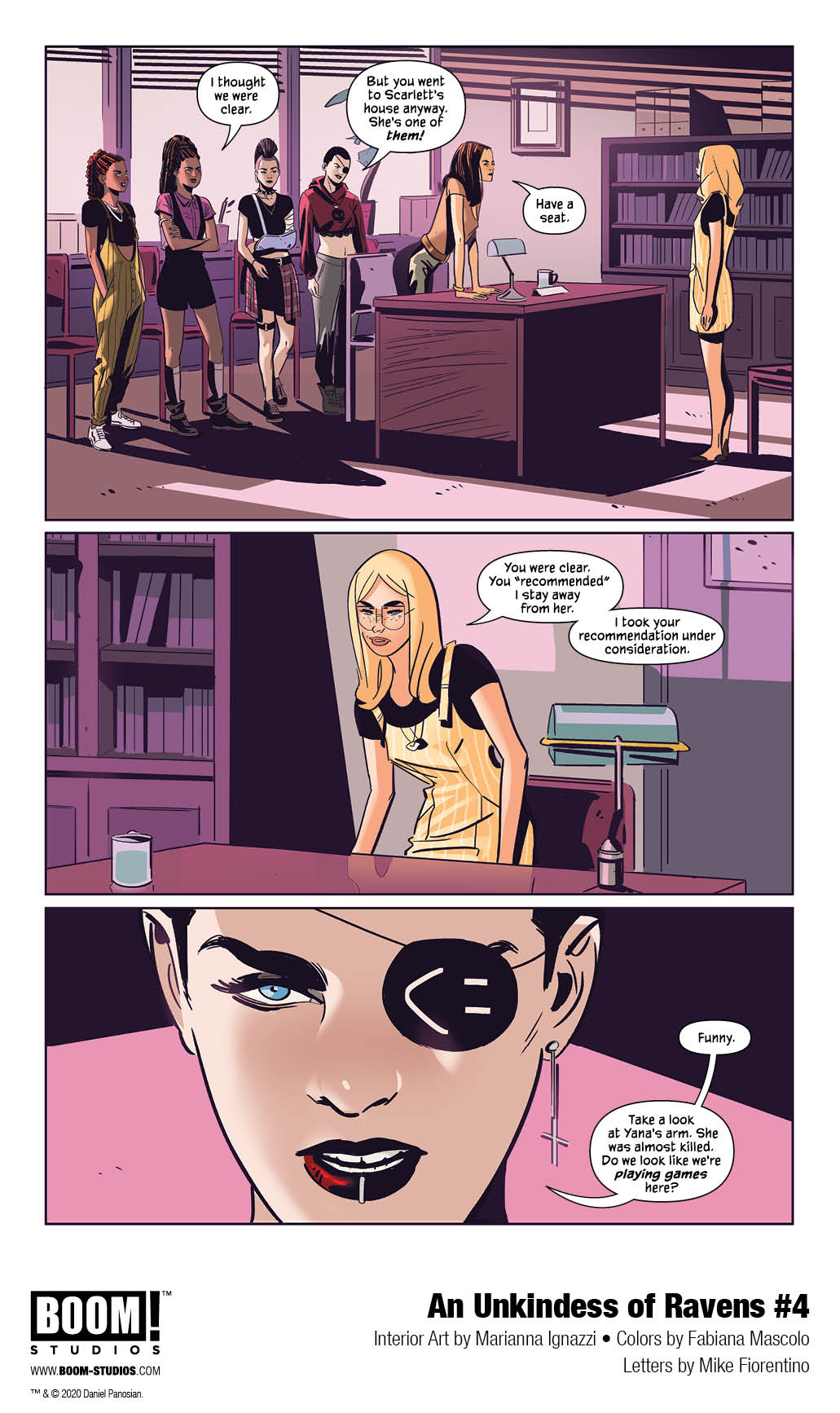 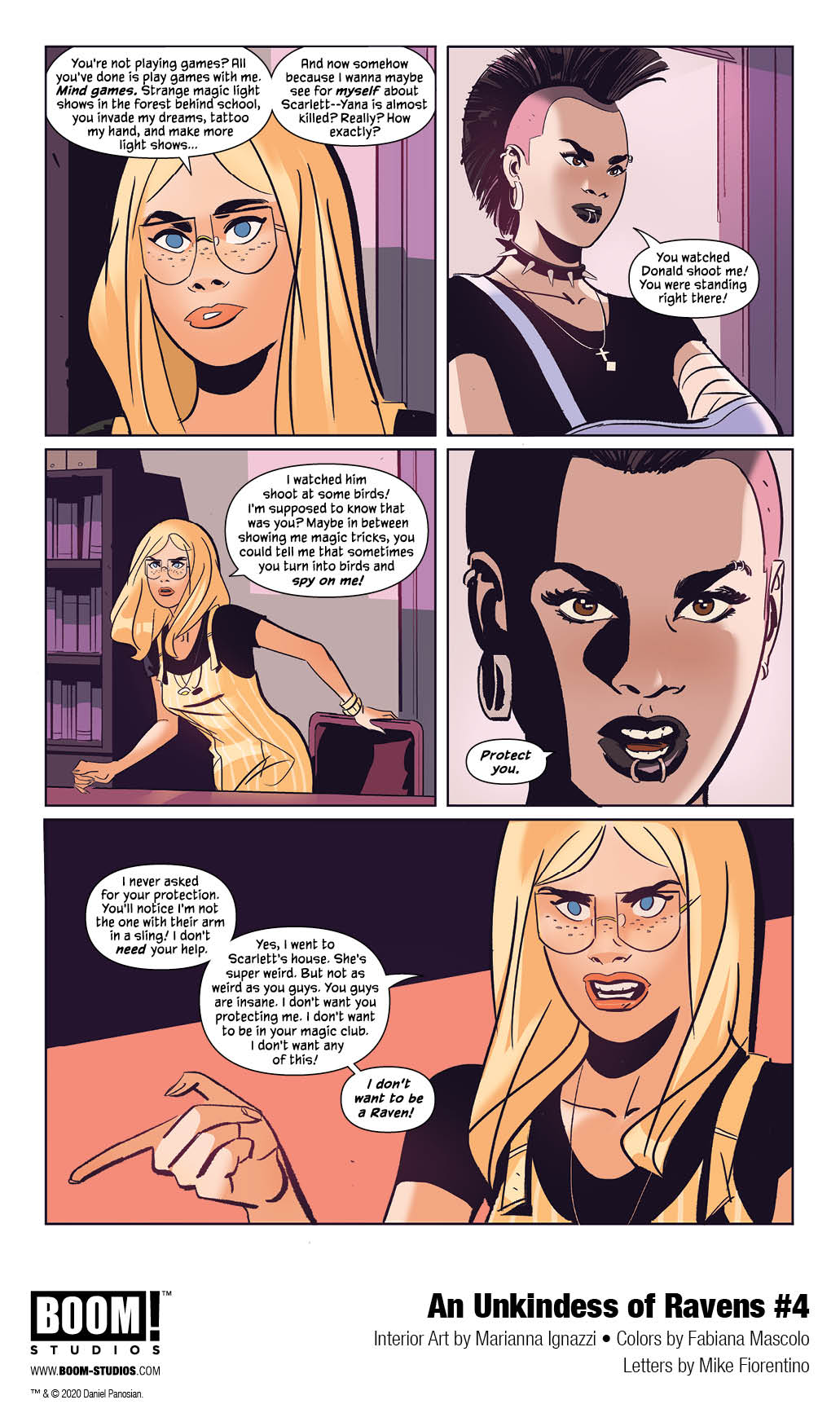