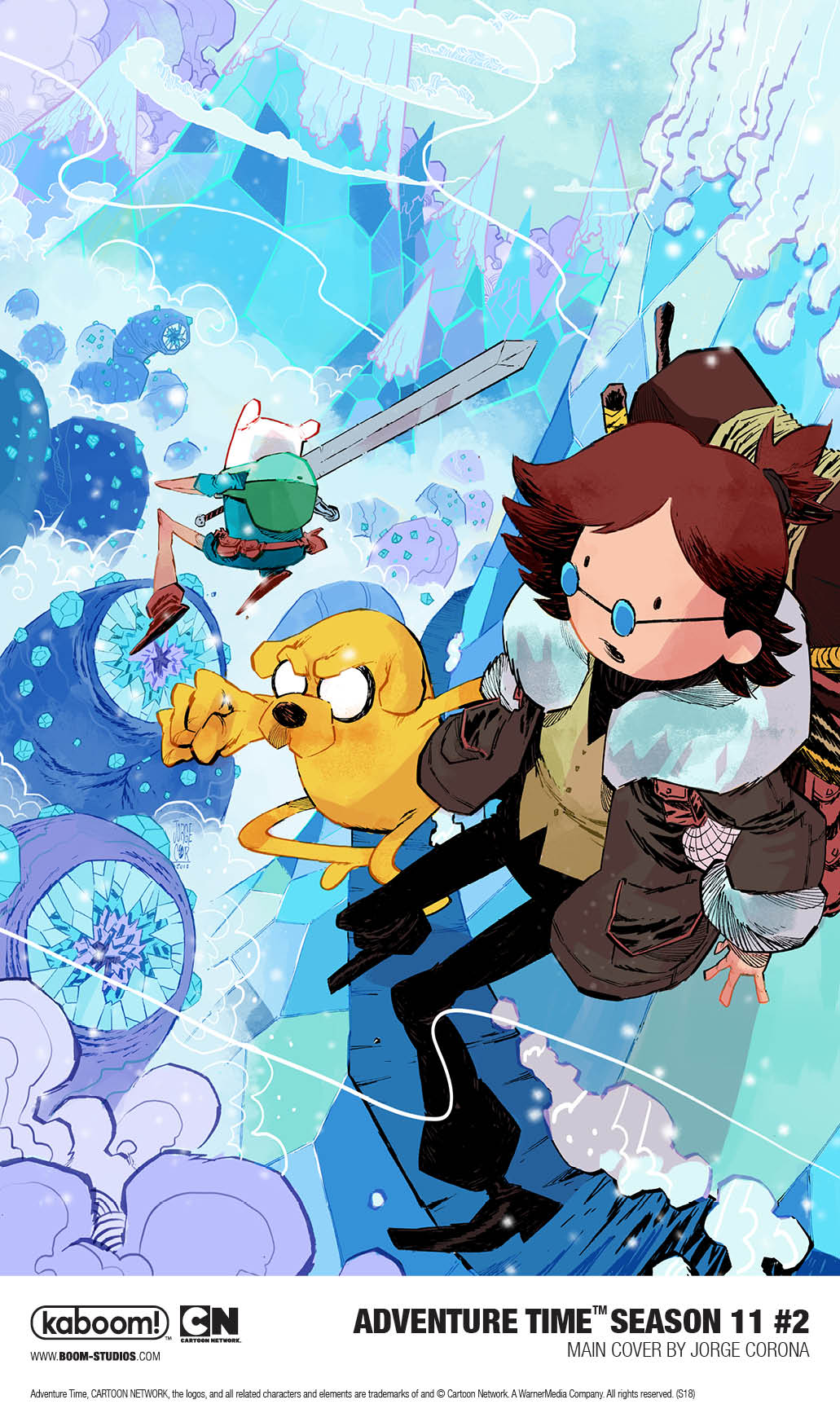 The story of the Land of Ooo continues on exclusively in comic book form from the writing duo of Eisner Award-winner Sonny Liew (The Art of Charlie Hock Chye) and Ted Anderson (My Little Pony), along with artist Marina Julia (Lumberjanes: Faire and Square). Finn & Jake find themselves reunited with the not-so-nice Hunson Abadeer. What is Marceline’s dad up to and why did he bring our two best pals to the future?

The Emmy® Award–winning animated series Adventure Time™ has become a global success since its premiere in 2010, attracting adult and kid viewers in their millions over the course of 10 seasons. It follows unlikely heroes Finn and Jake, buddies who traverse the mystical Land of Ooo and encounter its colorful inhabitants. The best of friends, our heroes always find themselves in the middle of heart-pounding escapades. Finn, a silly kid with an awesome hat, and Jake, a brassy dog with a big kind heart, depend on each other through thick and thin. Adventure Time™ is created by Pendleton Ward and produced at Cartoon Network Studios.

ADVENTURE TIME™ SEASON 11 is the latest release from BOOM! Studios’ award-winning KaBOOM! imprint, home to comics for middle grade and younger readers including licensed series such as Over The Garden Wall, Regular Show, Steven Universe, Peanuts, and Garfield, along with original series like Mega Princess by Kelly Thompson and  Brianne Drouhard, Bodie Troll by Jay Fosgitt, Ruinworld by Derek Laufman, and The Deep by Tom Taylor and James Brouwer.

Print copies of ADVENTURE TIME™ SEASON 11 #2 will be available on November 14th at local comic book shops (use comicshoplocator.com to find the one nearest you), or at the BOOM! Studios webstore. Digital copies can be purchased from content providers like comiXology, iBooks, Google Play, and the BOOM! Studios app.

For continuing news on ADVENTURE TIME™ SEASON 11 and more from BOOM! Studios, stay tuned to www.boom-studios.com and follow @boomstudios on Twitter. 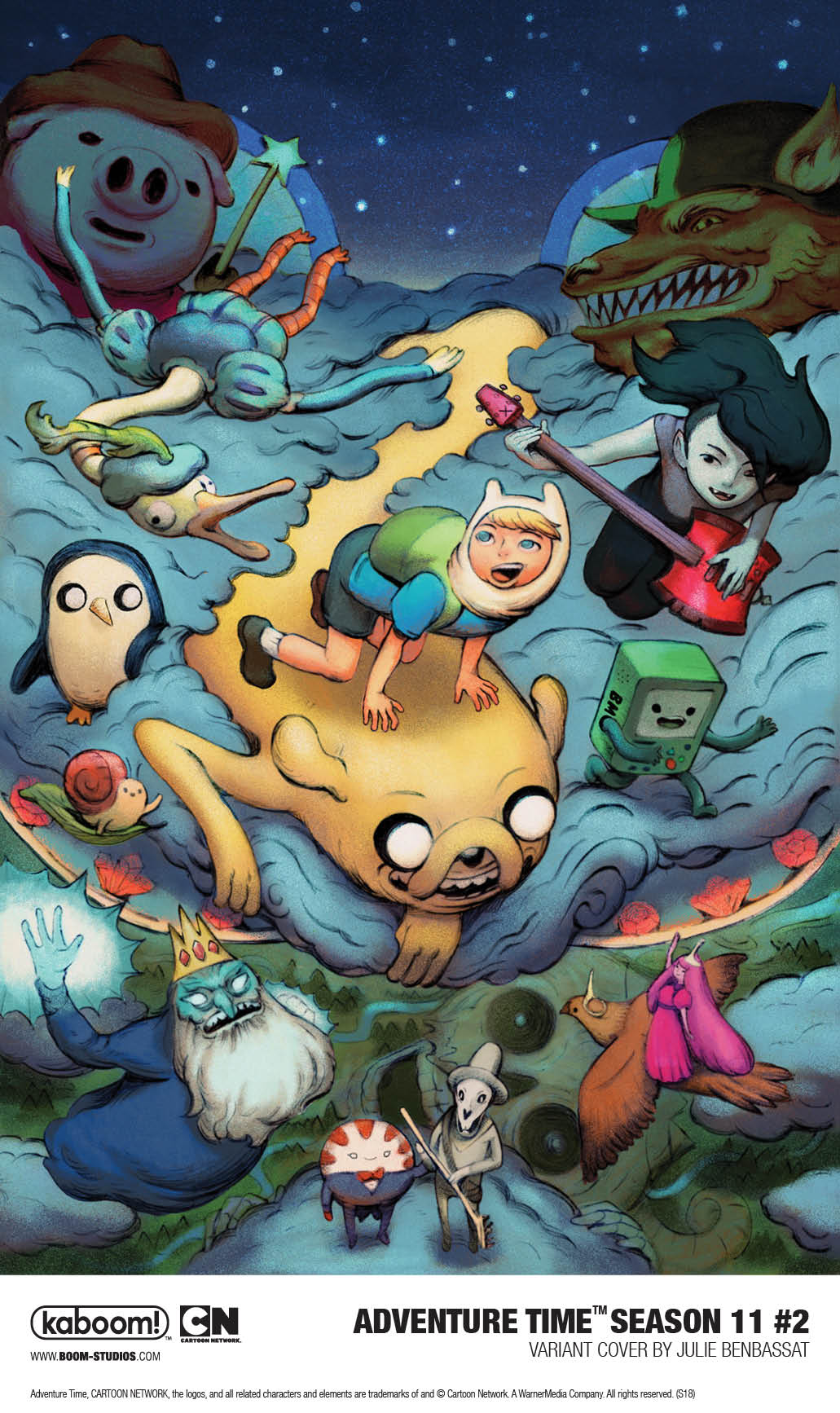 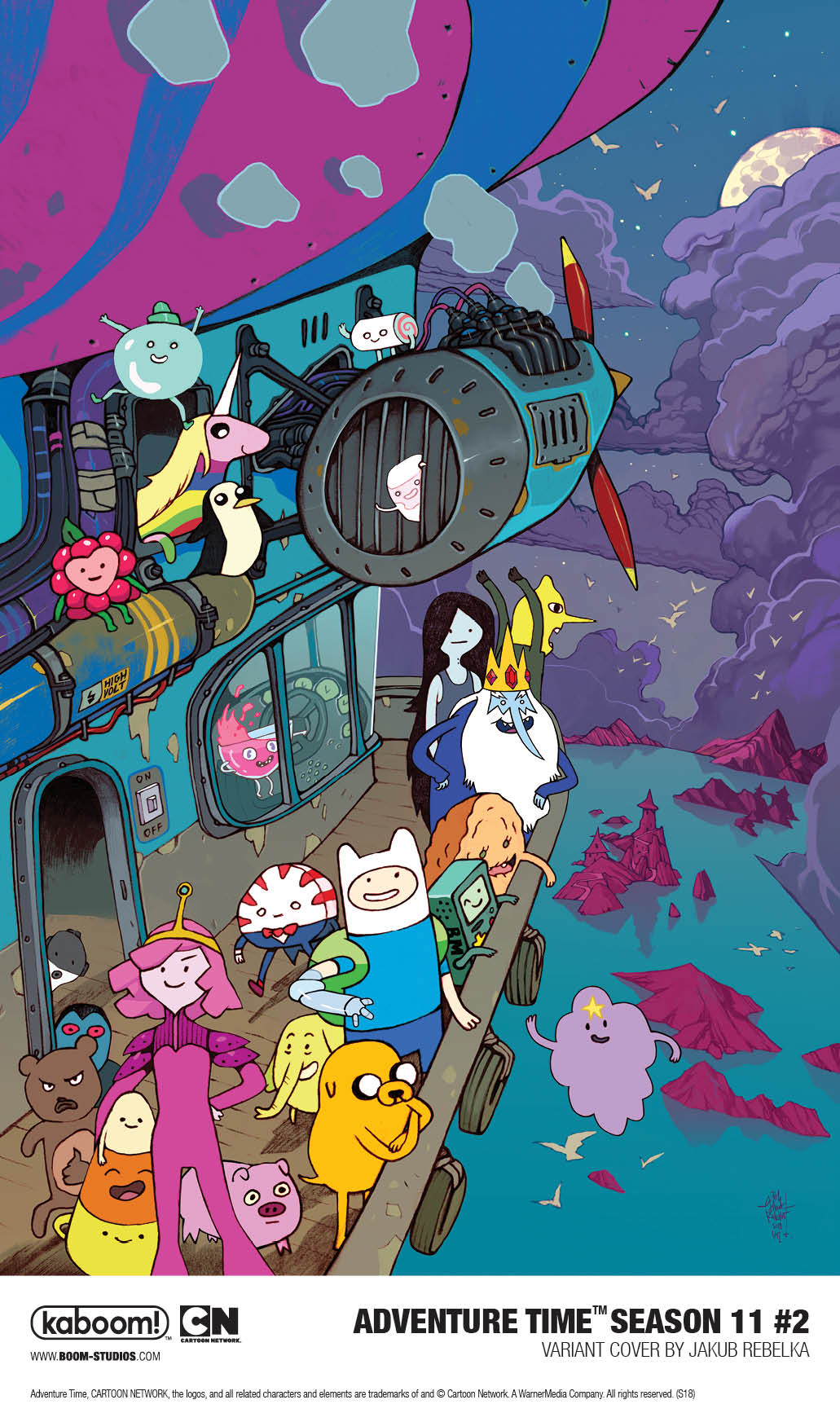 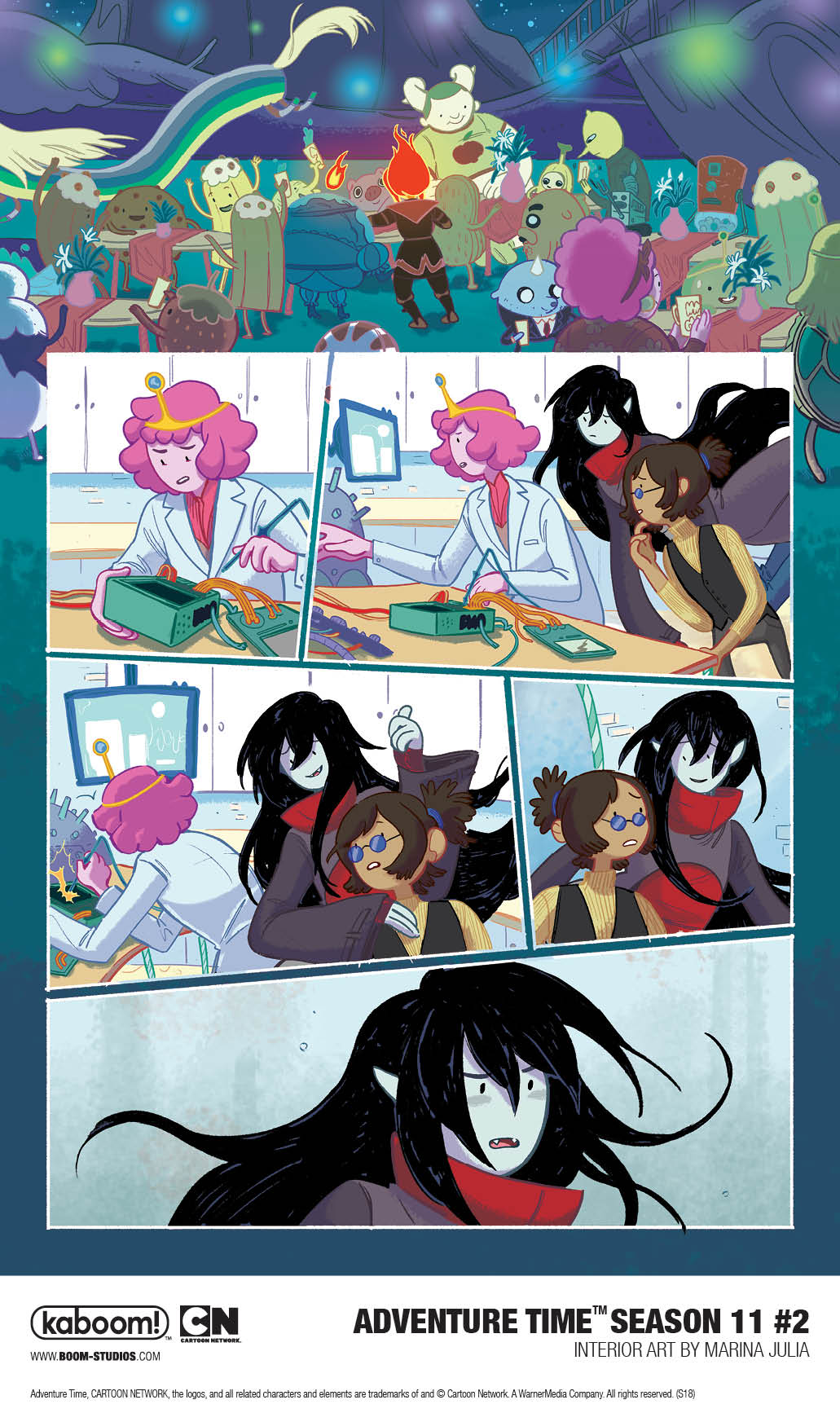 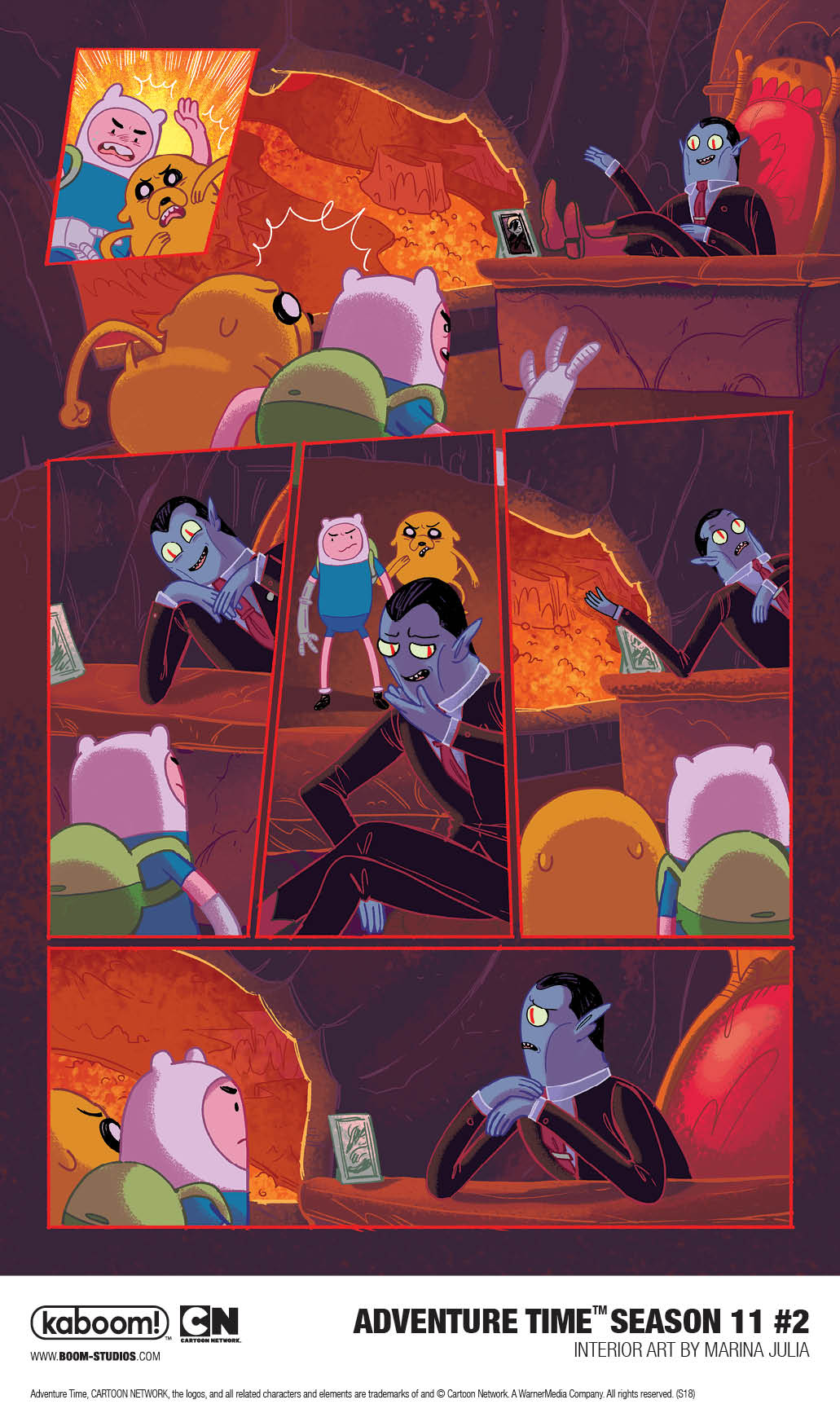 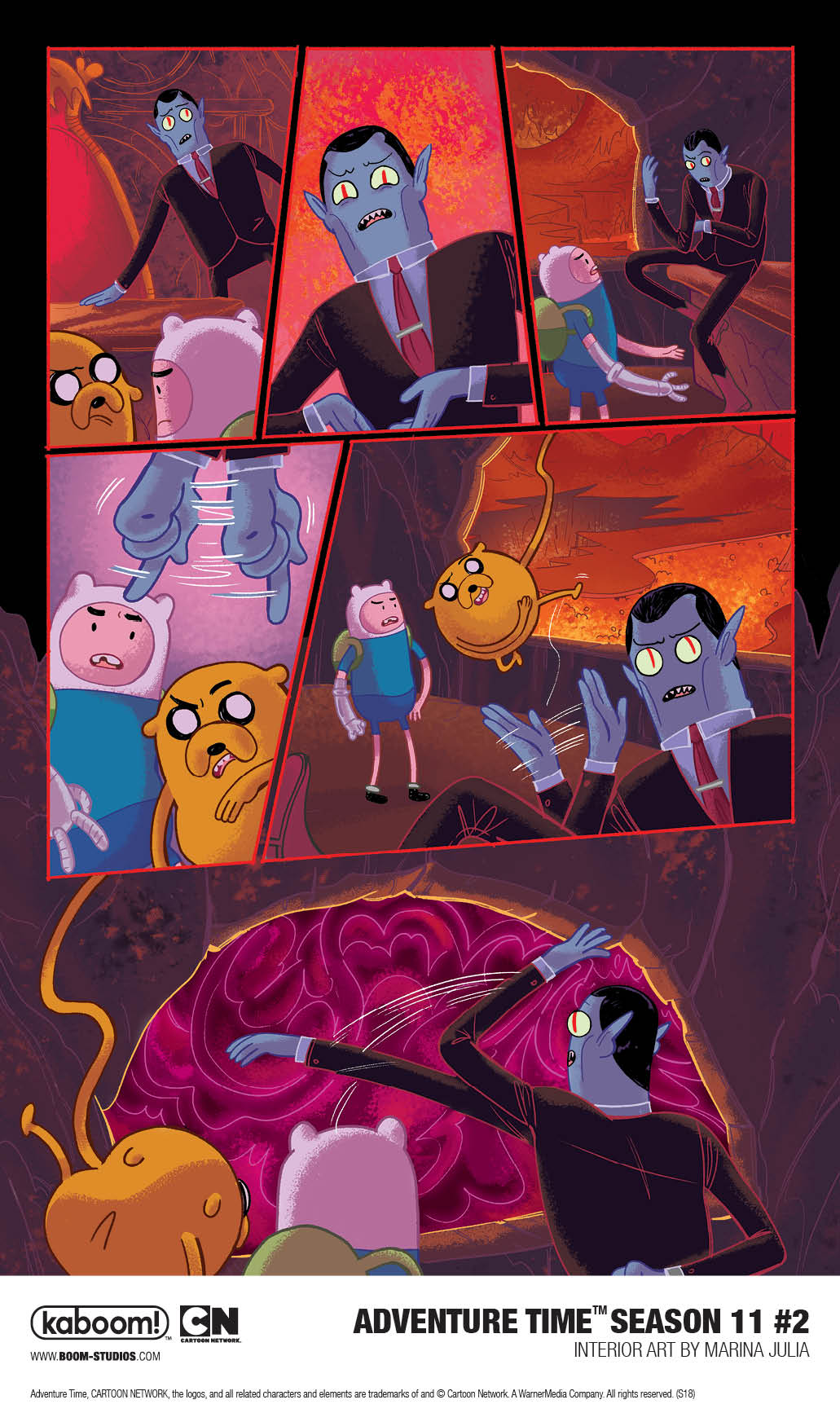 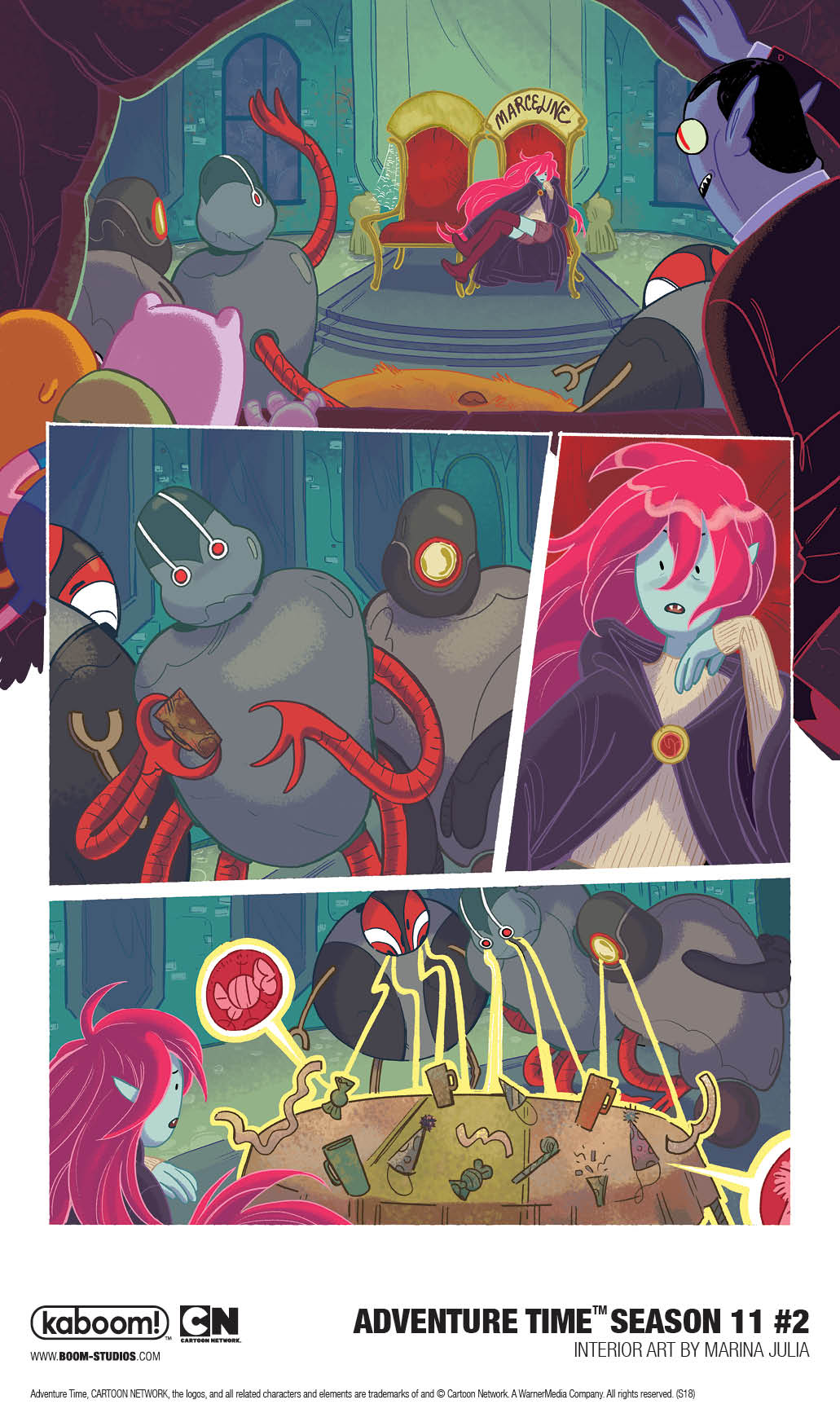 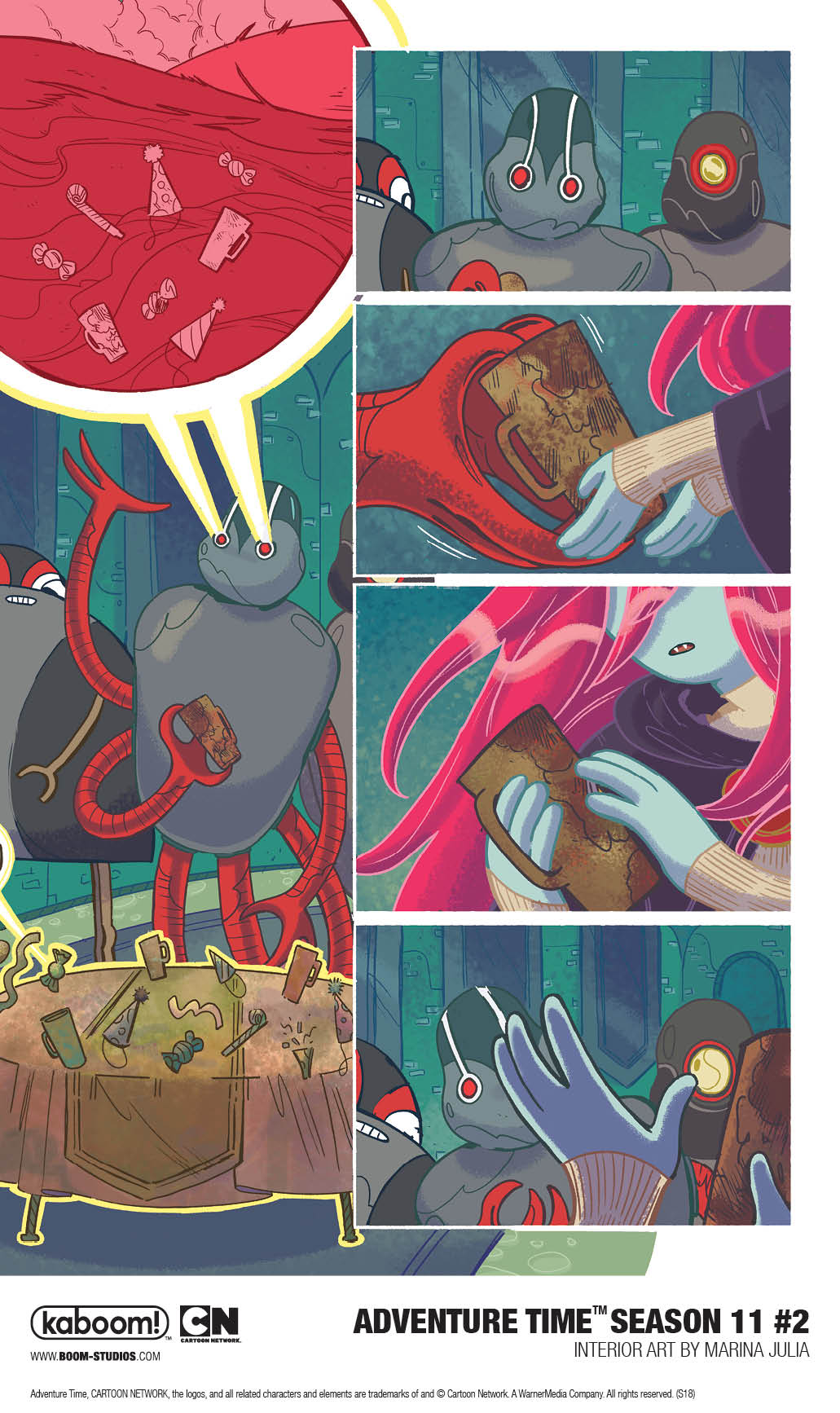