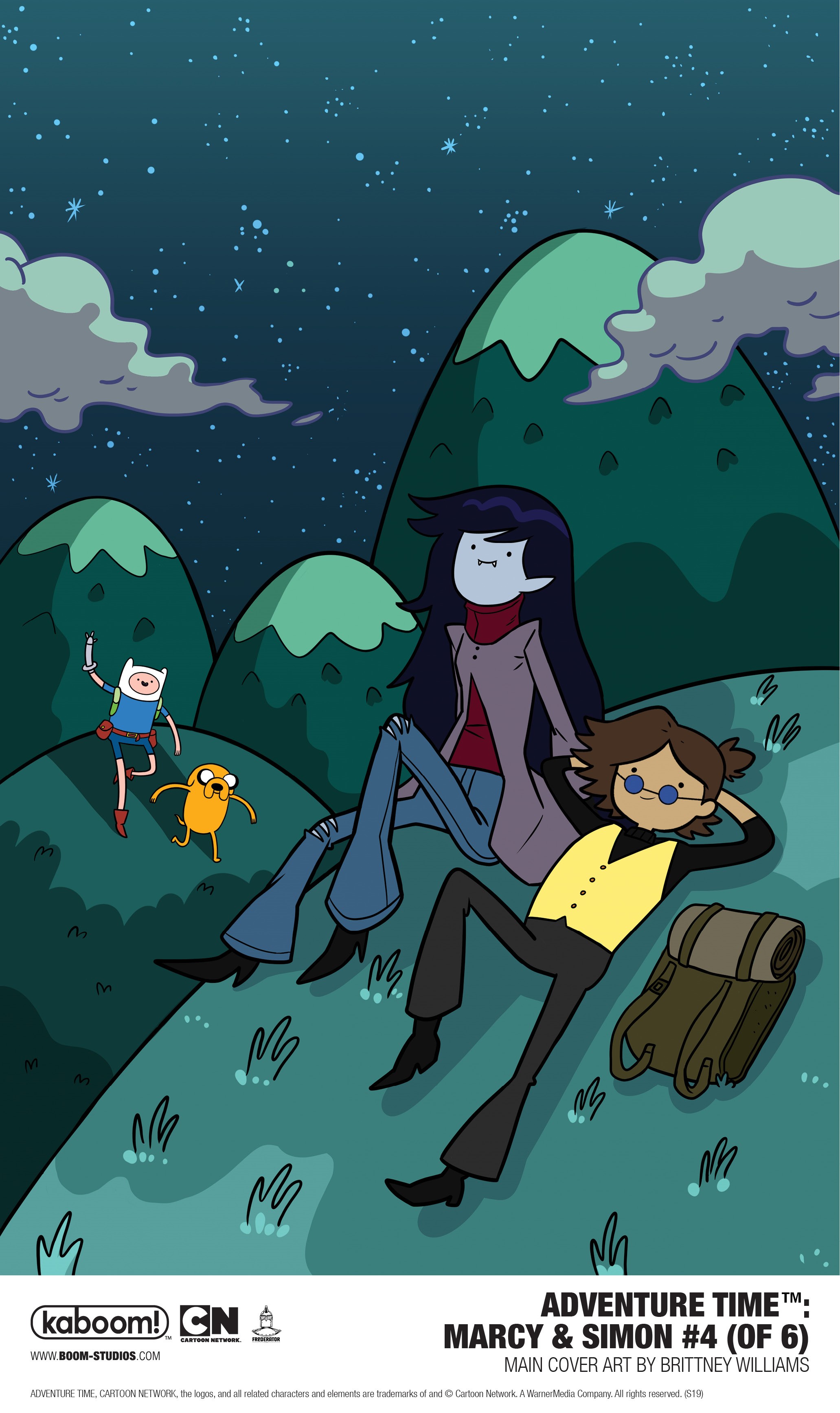 Marcy and Simon’s friendship has endured over 900 years and through bouts of insanity and amnesia but just when Marcy thinks she’s found a way to restore Simon’s memories for good, things take a turn for the worse. The Dark Lord of the Nightosphere, Marcy’s dad, messed up and somehow mixed Simon’s identity with his Ice King persona. Now Simon’s caught between his present and his past, and Marcy thinks it’s all her fault. Will she manage to save Simon from the influence of dark magic and salvage their friendship with the help of Jake, Finn, Bubblegum, and the gang? Or will Simon succumb to the curse of the Ice King once more?

A modern-day fable, the critically-acclaimed Adventure Time became a global success, attracting adult and kid viewers alike over the course of 10 seasons. It follows unlikely heroes Finn and Jake, buddies who traverse the mystical Land of Ooo and encounter its colorful inhabitants. The best of friends, our heroes always find themselves in the middle of heart-pounding escapades. Finn, a silly kid with an awesome hat and Jake, a brassy dog with a big kind heart, depend on each other through thick and thin. Adventure Time™ is created by Pendleton Ward and produced at Cartoon Network Studios.

“Marcy is fierce, loyal, and willing to go to the ends of the universe to help her best friend Simon regain his memories, but it may be that there’s no easy solution when it comes to unpacking Simon’s history without destroying his identity.” said Matthew Levine, Editor, BOOM! Studios. “Every step forward seems like two steps back but it’s our struggles and how we pick ourselves up after a misstep that define us. Olivia and Slimm do an incredible job of breathing life into Marcy, Simon, and the rest of our favorite characters as they all forge forward on the all-important mission to save Simon and restore his friendship with Marcy.”

Print copies of ADVENTURE TIME™: MARCY & SIMON #4 will be available on April 17, 2019 at local comic book shops (use comicshoplocator.com to find the nearest one) or at the BOOM! Studios webstore. Digital copies can be purchased from content providers like comiXology, iBooks, Google Play, and the BOOM! Studios app. 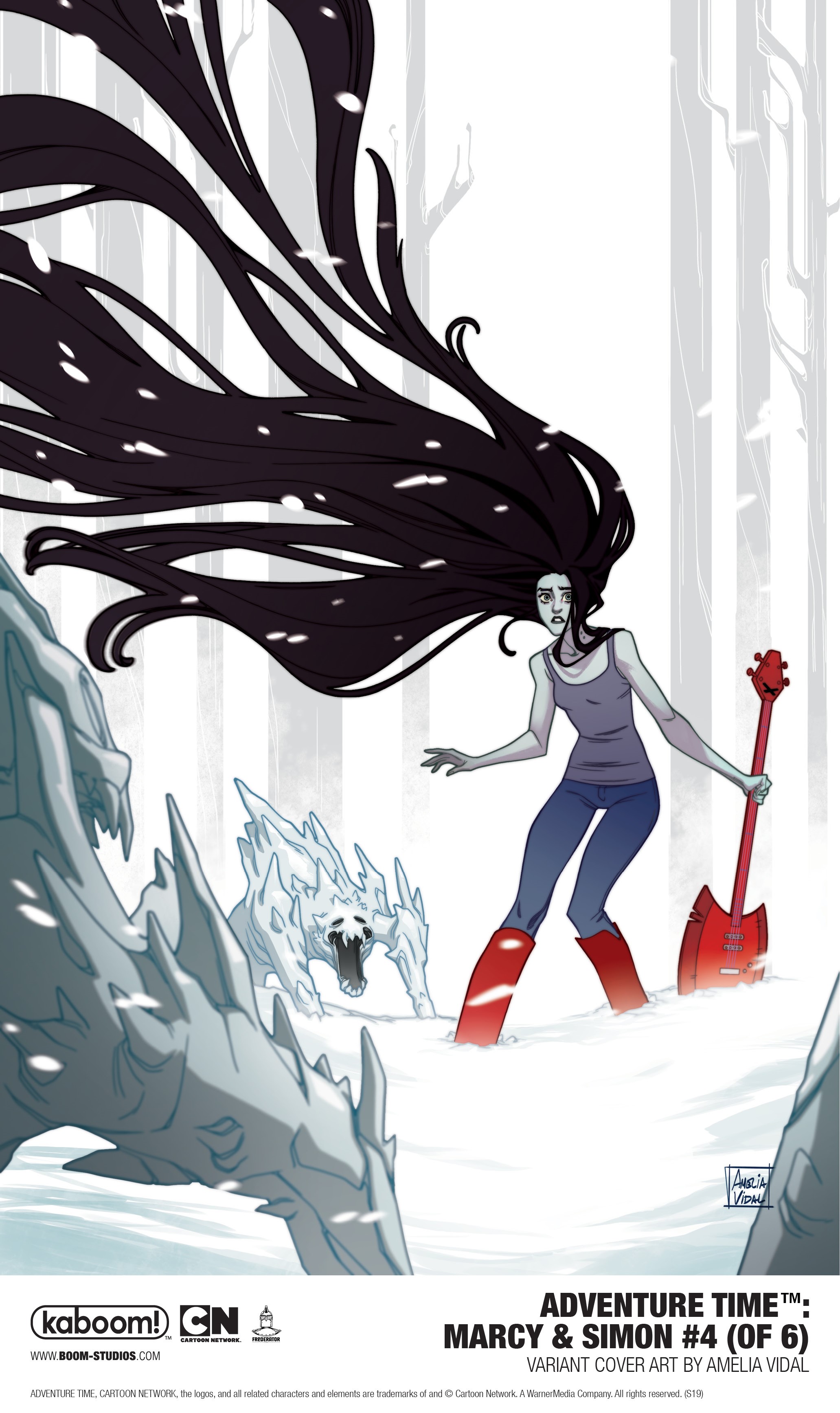 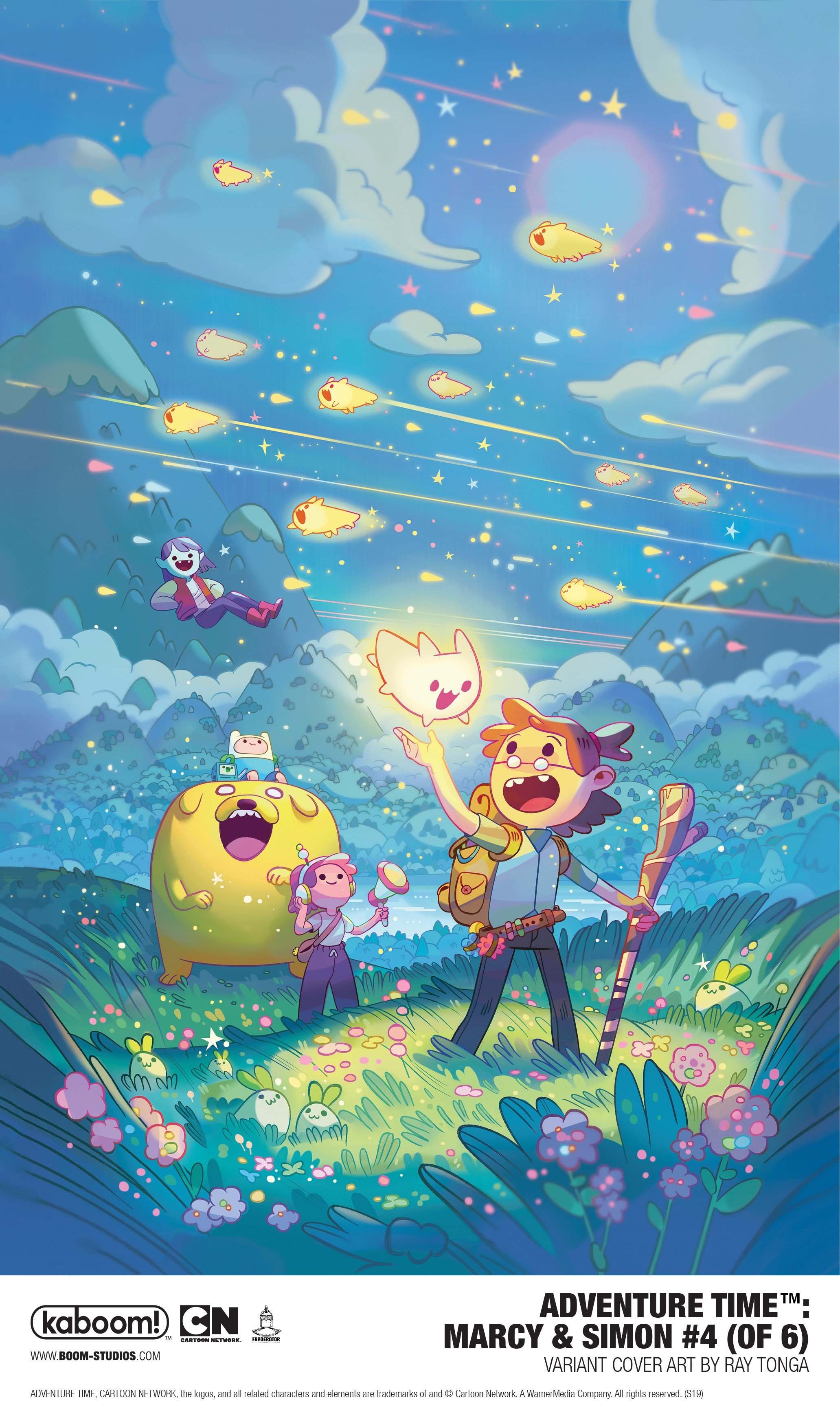 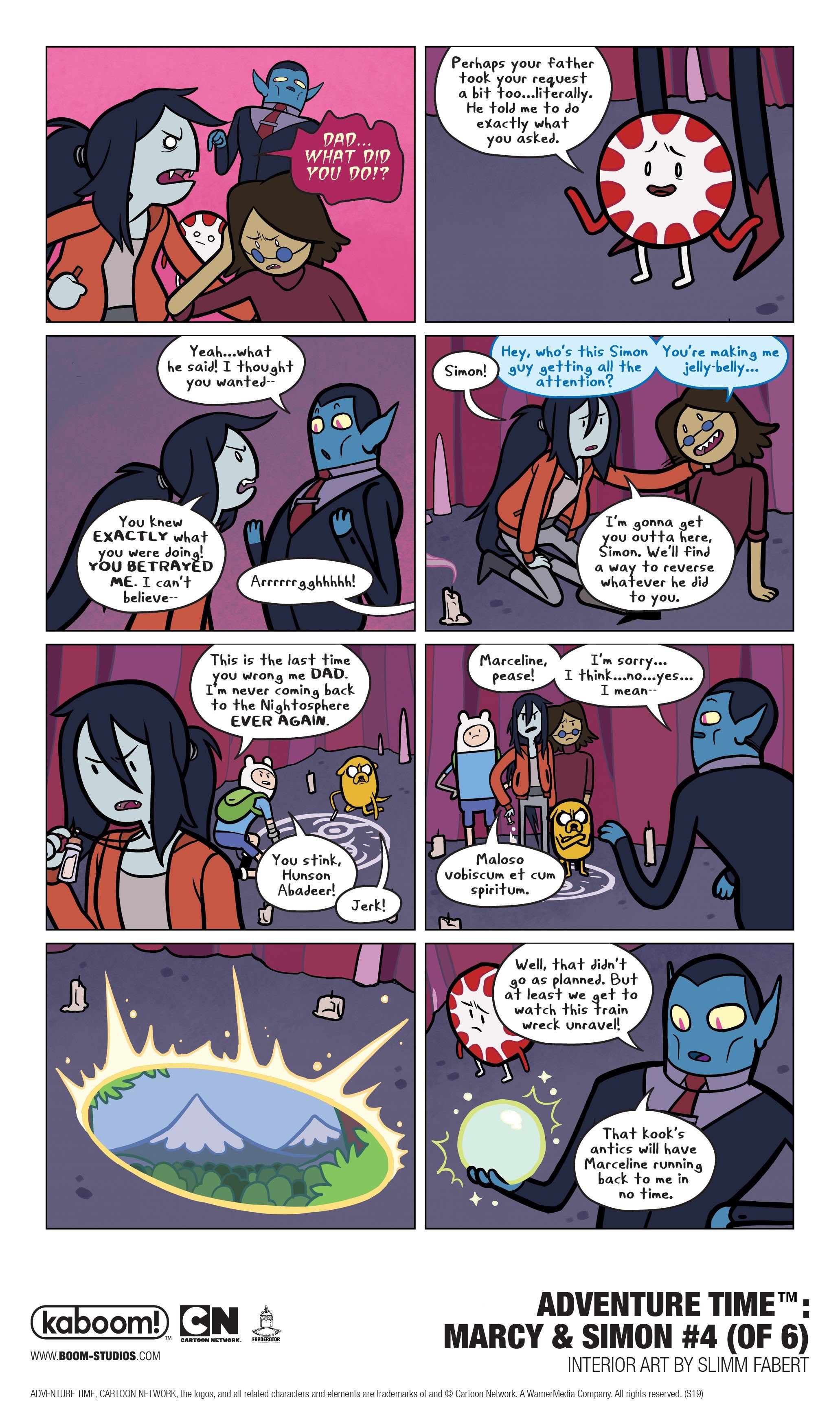 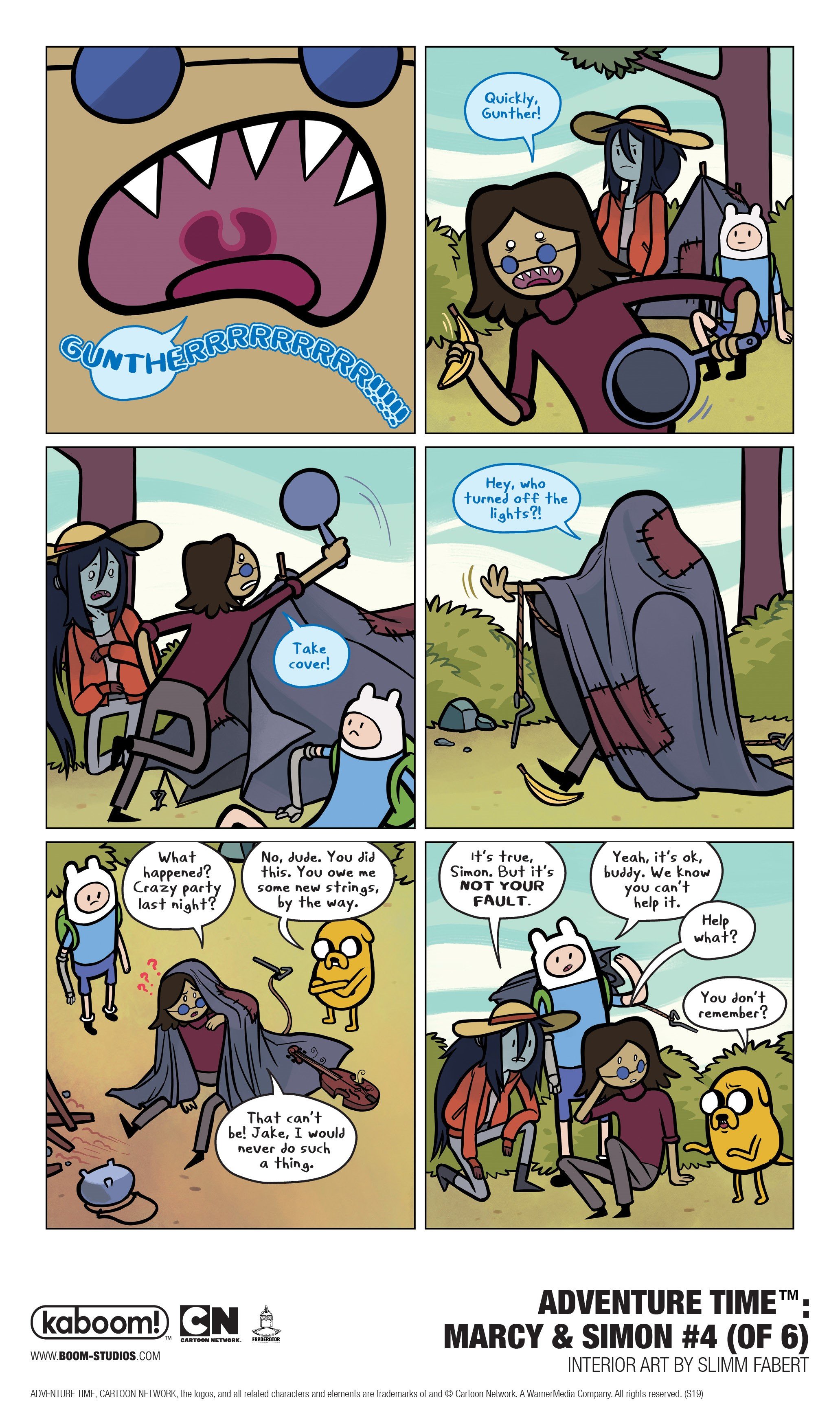 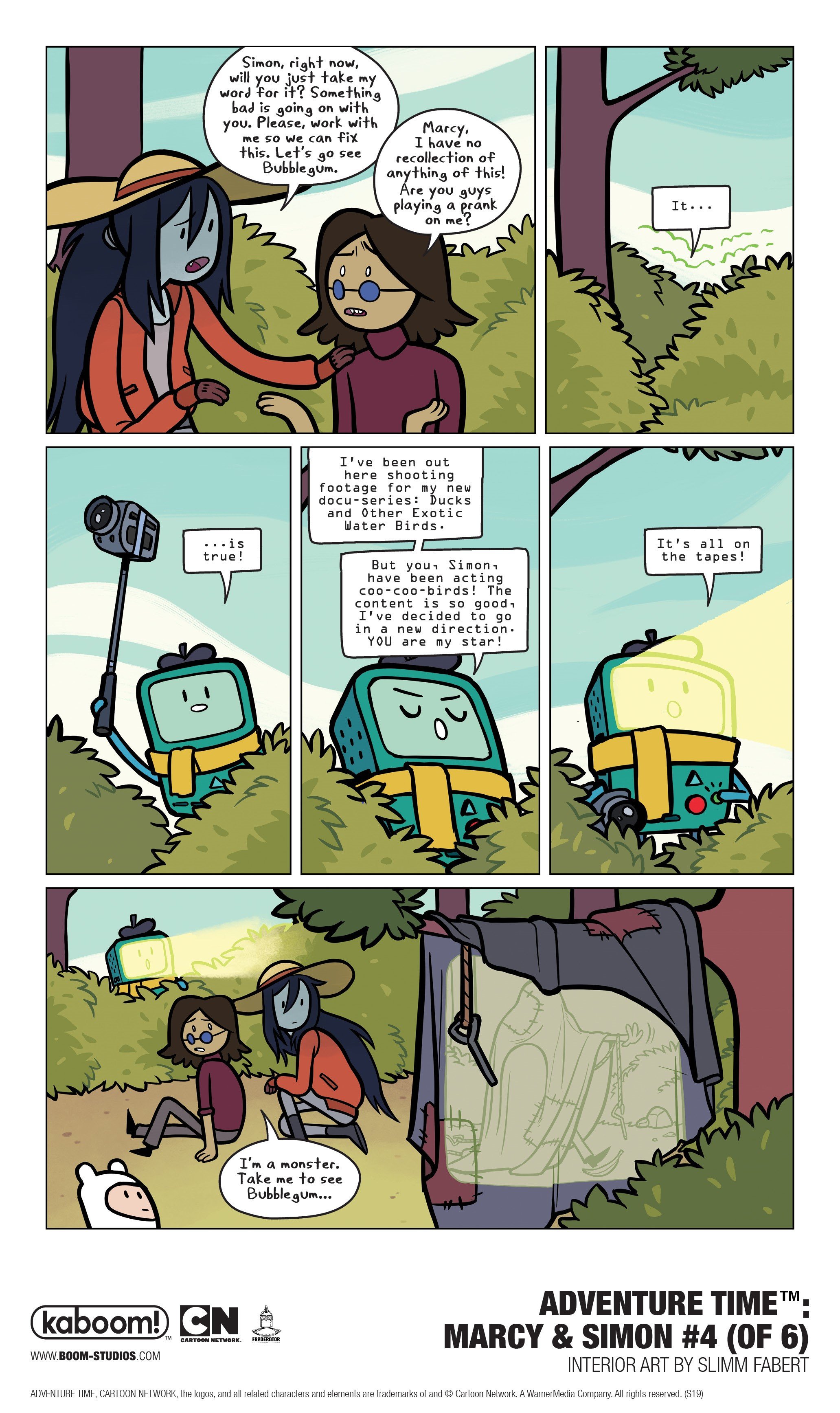 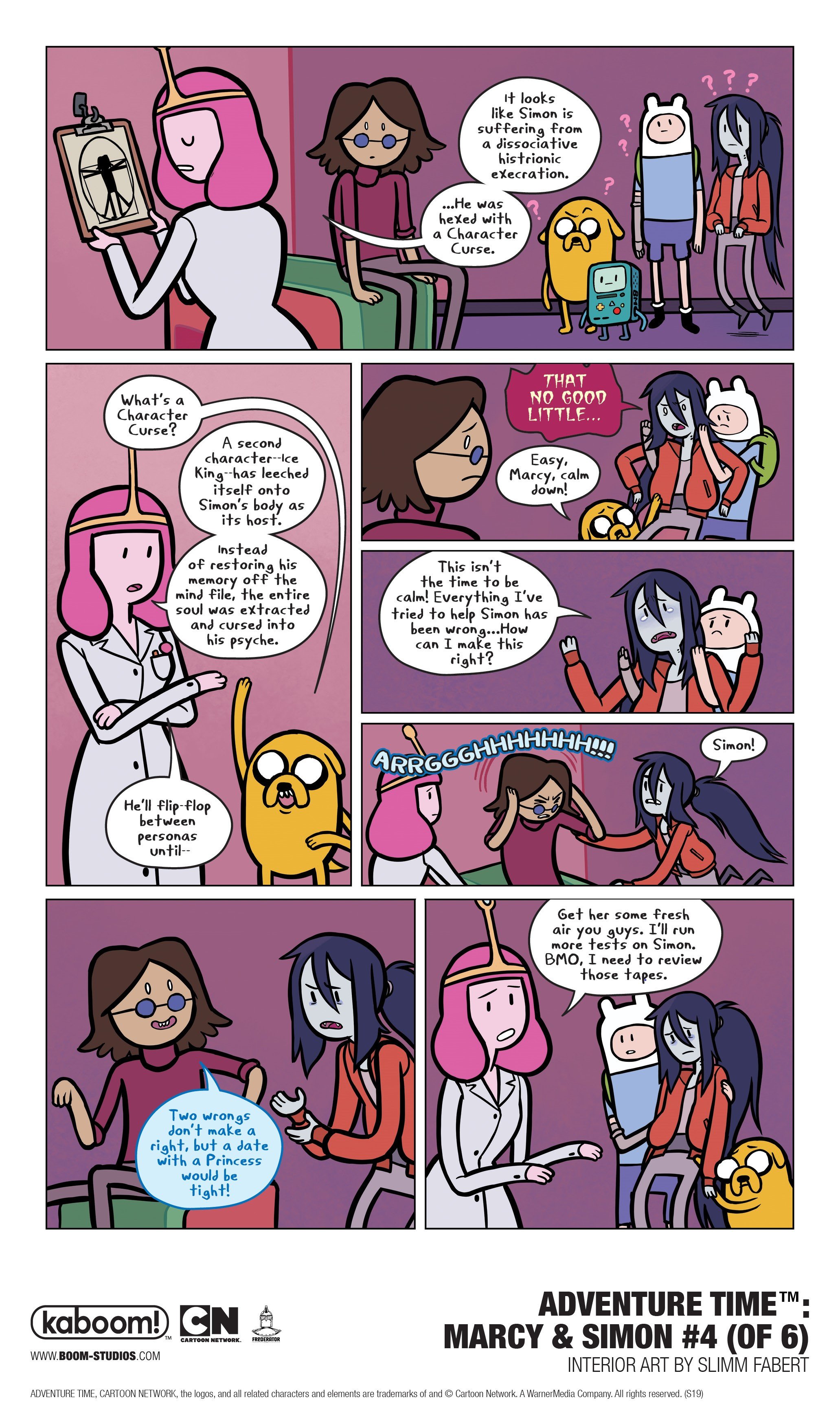 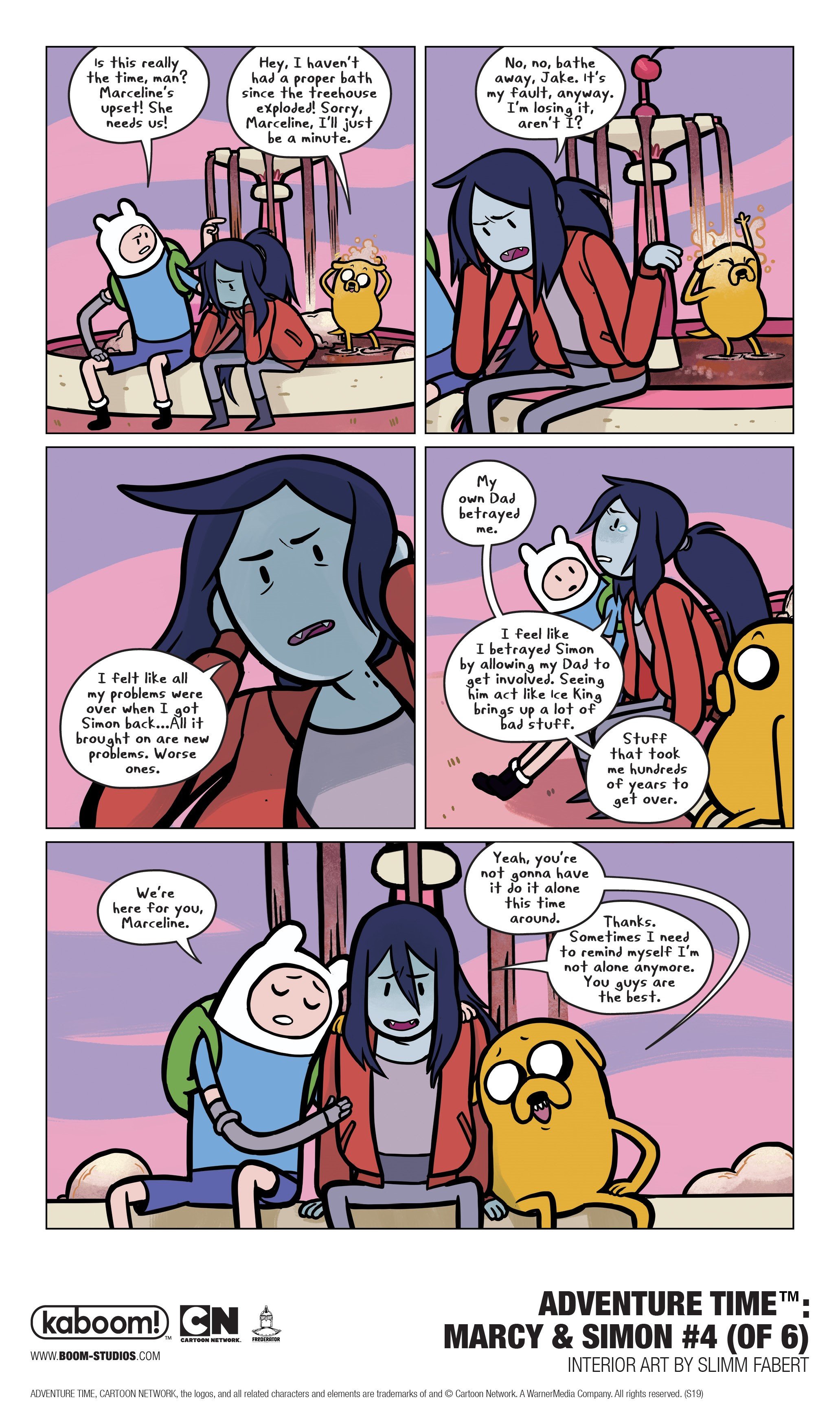