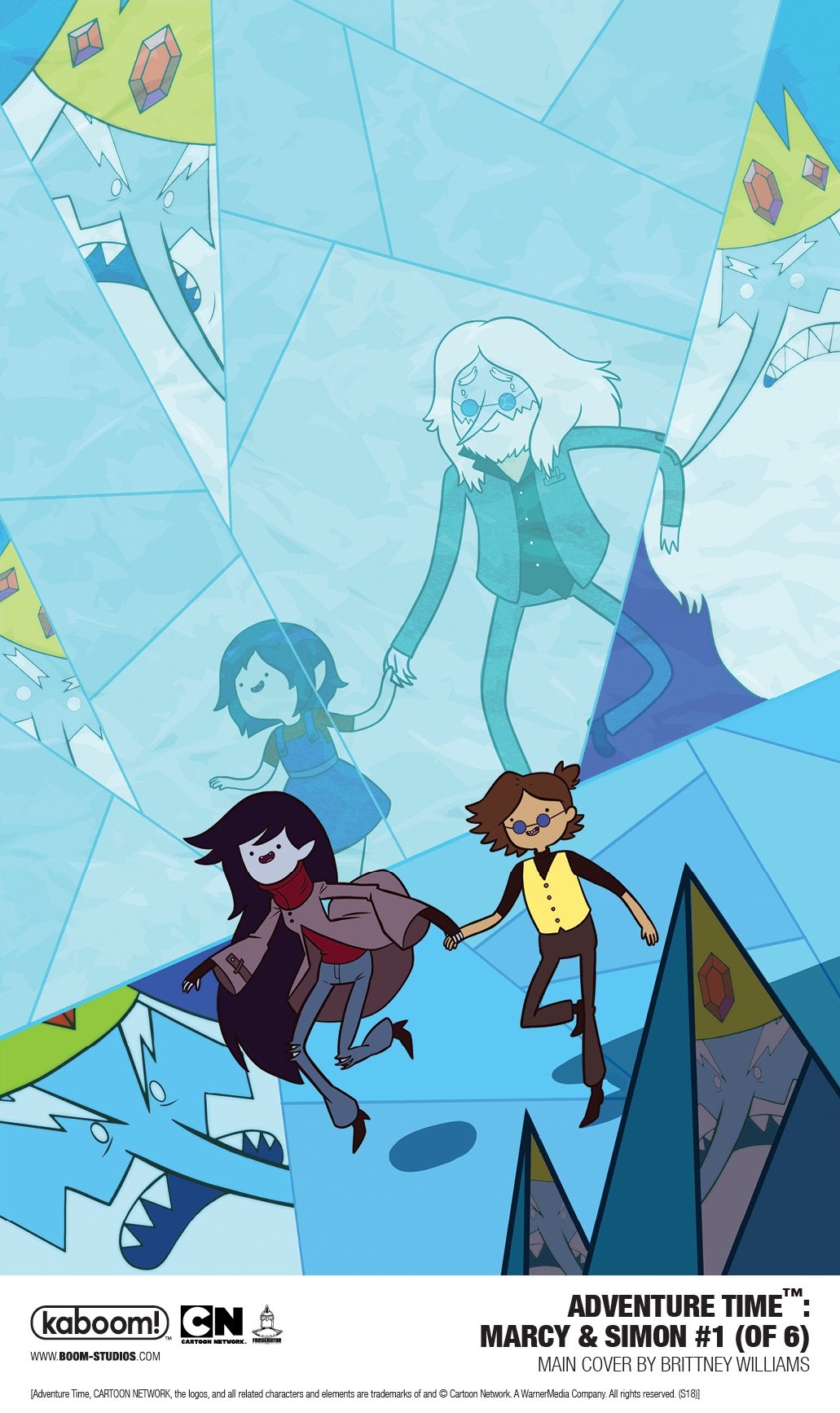 Marcy and Simon’s friendship has endured over 900 years and through bouts of insanity and amnesia. After the events of Adventure Time™ Season 10, we get to see the Vampire Queen and former Ice King rediscover themselves and their ever-evolving relationship as they tour the Land of Ooo in order to make amends for Simon’s past misdeeds. But the transition from evil Ice King to gentle Simon isn’t without its consequences, and Marcy will have to face her greatest fear once again: losing Simon.

A modern day fable, the Emmy® Award–winning animated series Adventure Time™ has become a global success since its premiere in 2010, attracting adult and kid viewers in their millions over the course of 10 seasons. It follows unlikely heroes Finn and Jake, buddies who traverse the mystical Land of Ooo and encounter its colorful inhabitants. The best of friends, our heroes always find themselves in the middle of heart-pounding escapades. Finn, a silly kid with an awesome hat and Jake, a brassy dog with a big kind heart, depend on each other through thick and thin. Adventure Time™ is created by Pendleton Ward and produced at Cartoon Network Studios.

ADVENTURE TIME™: MARCY & SIMON #1 is Olson’s third writing contribution to the expanded literary world of the eponymous franchise, previously collaborating with her father Martin Olson (the voice of Hunson Abadeer) on The Adventure Time™ Encyclopedia. The two also co-authored Adventure Time™: The Enchiridion & Marcy’s Super Secret Scrapbook, written from a first person perspective through Marceline’s diary entries about when she and Simon first met. Both Adventure Time™ books, published in partnership between Abrams and Cartoon Network, are available now everywhere books are sold.

Print copies of ADVENTURE TIME™: MARCY & SIMON #1 will be available on January 16th, 2019 at local comic book shops (use comicshoplocator.com to find the one nearest you), or at the BOOM! Studios webstore. Digital copies can be purchased from content providers like comiXology, iBooks, Google Play, and the BOOM! Studios app. 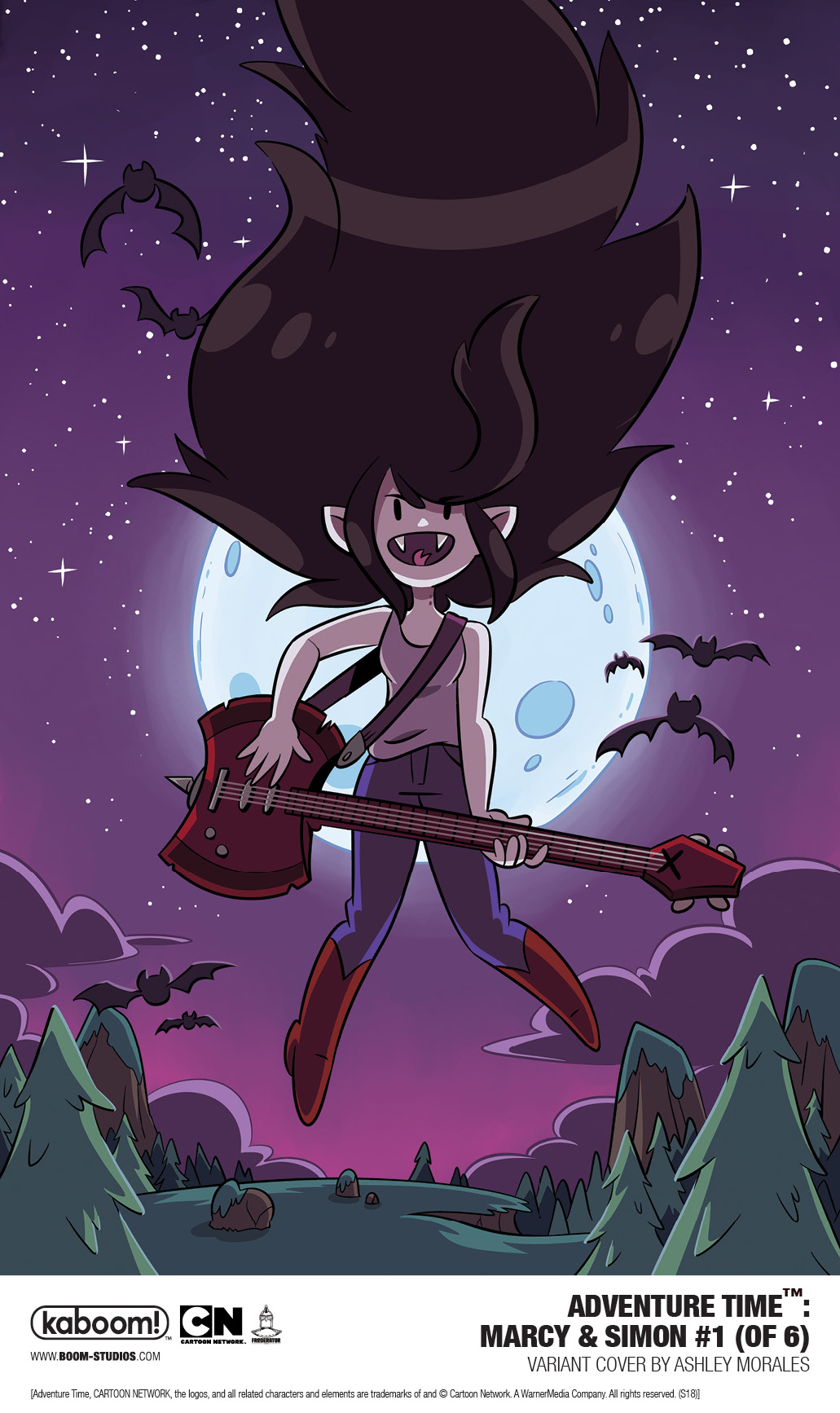 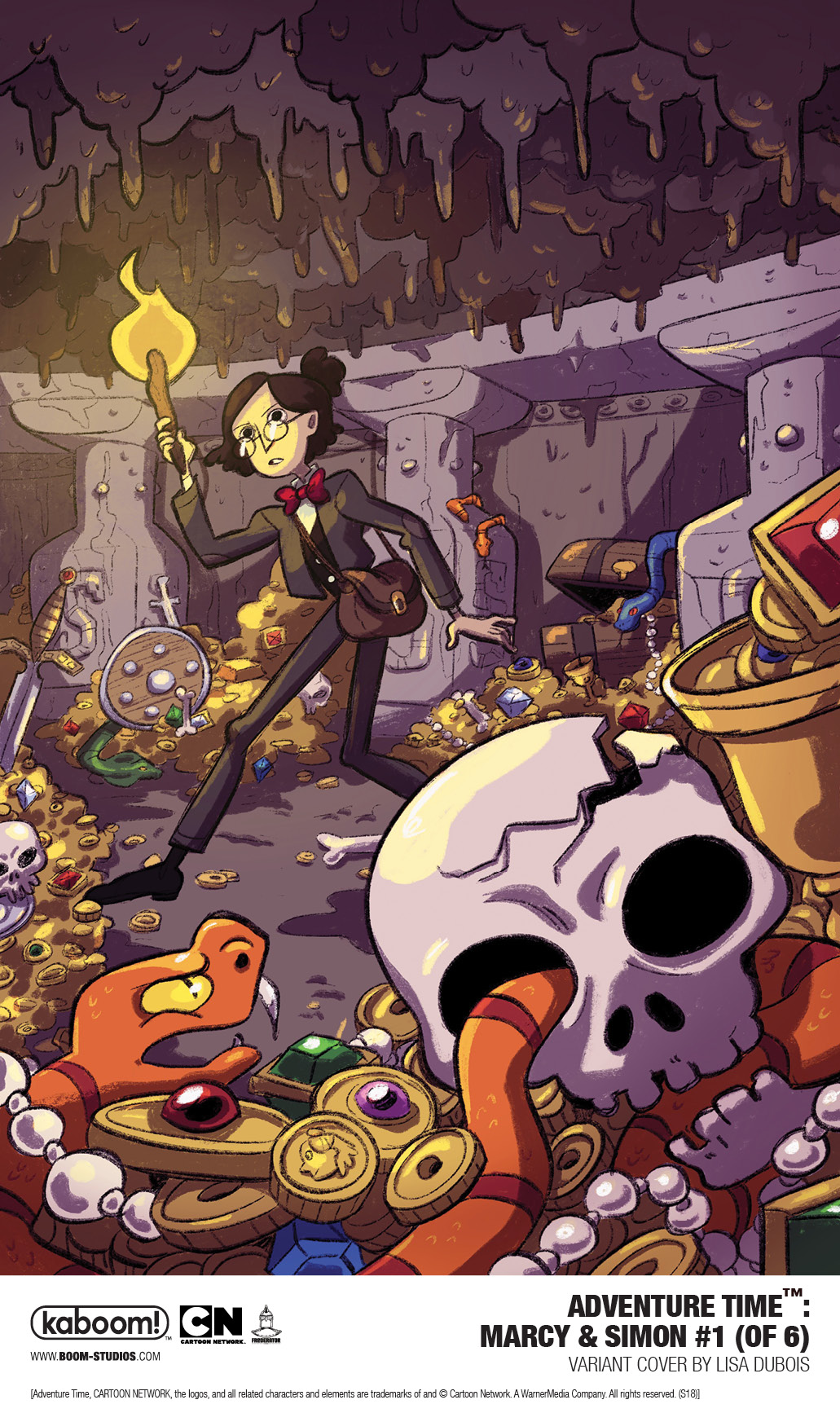 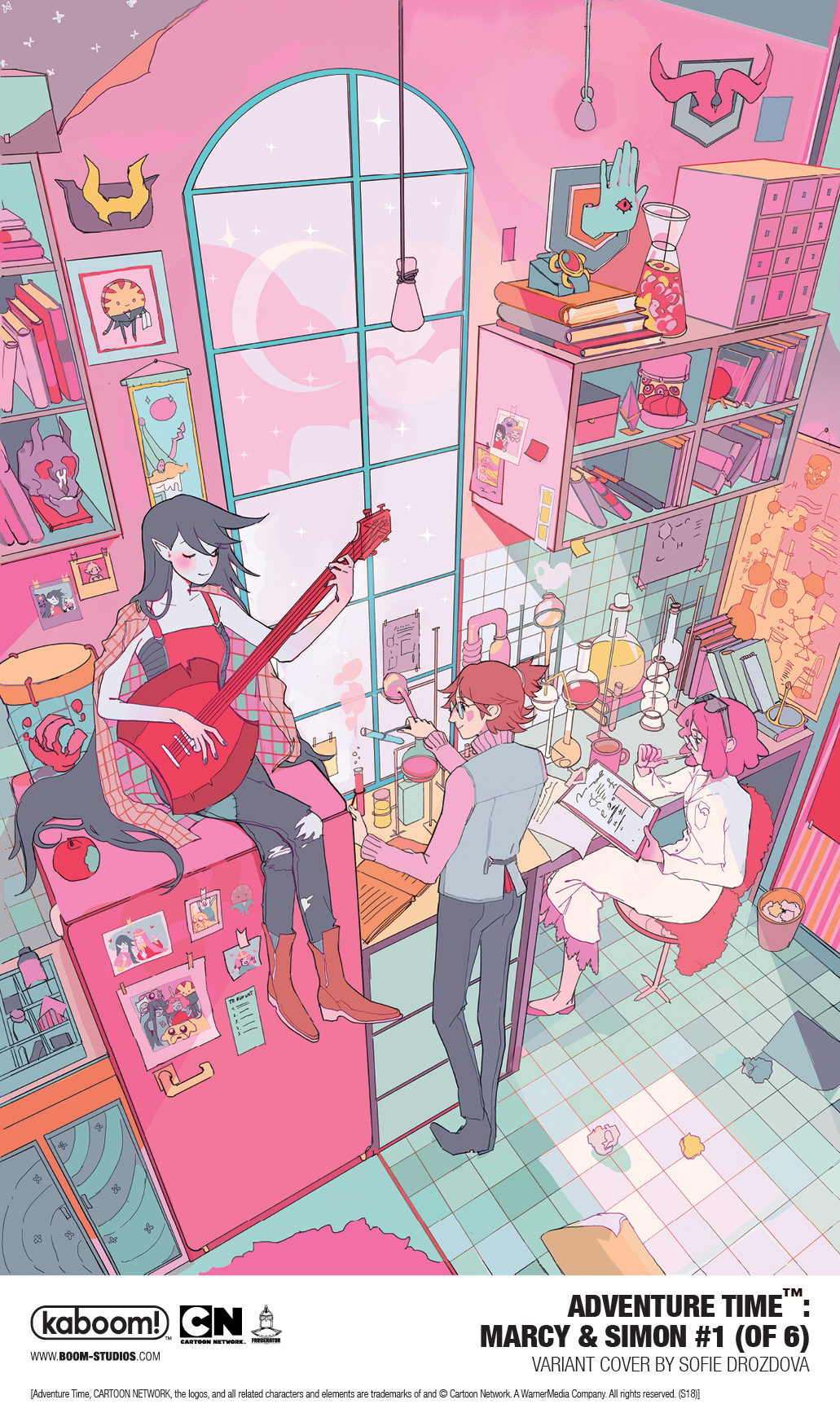 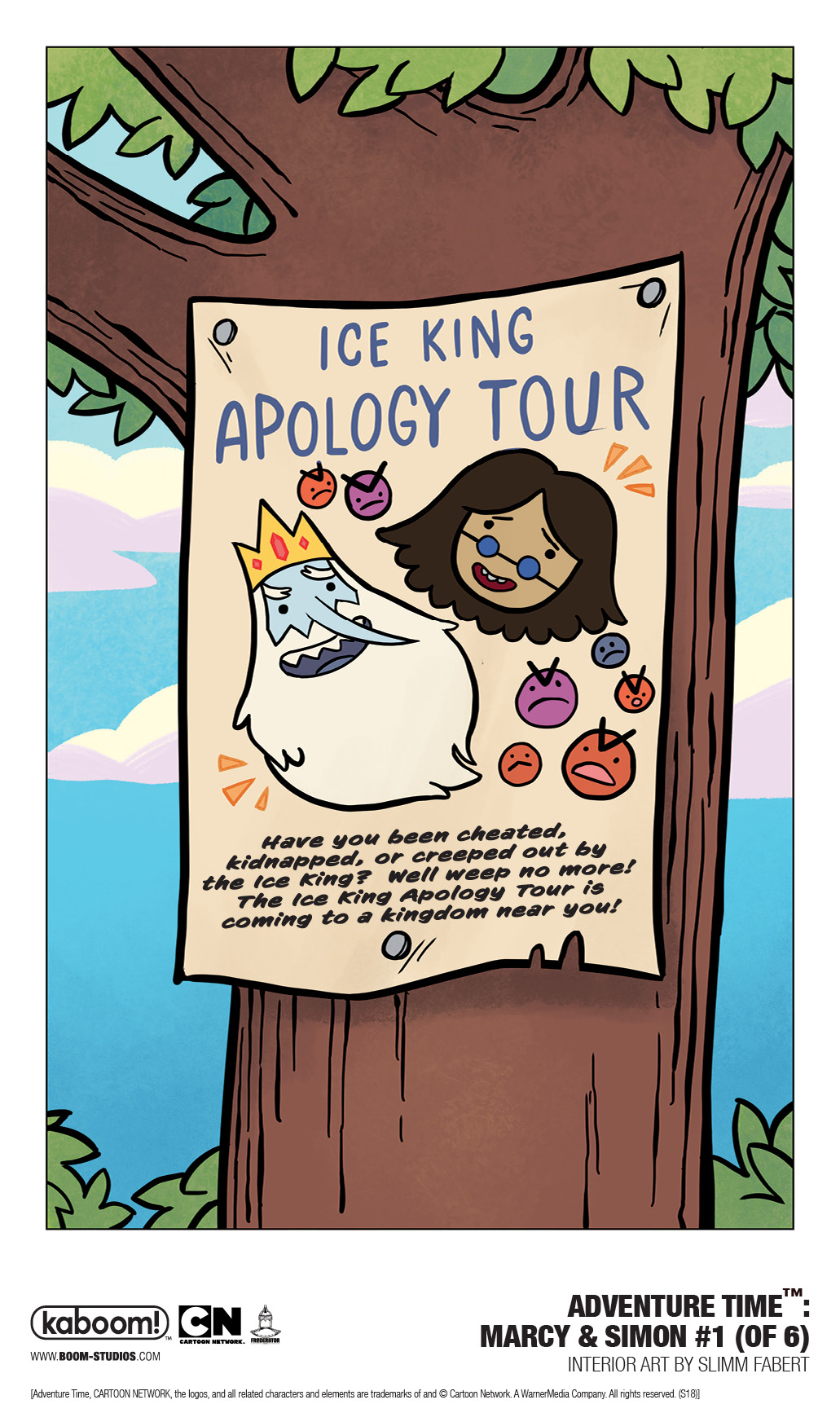 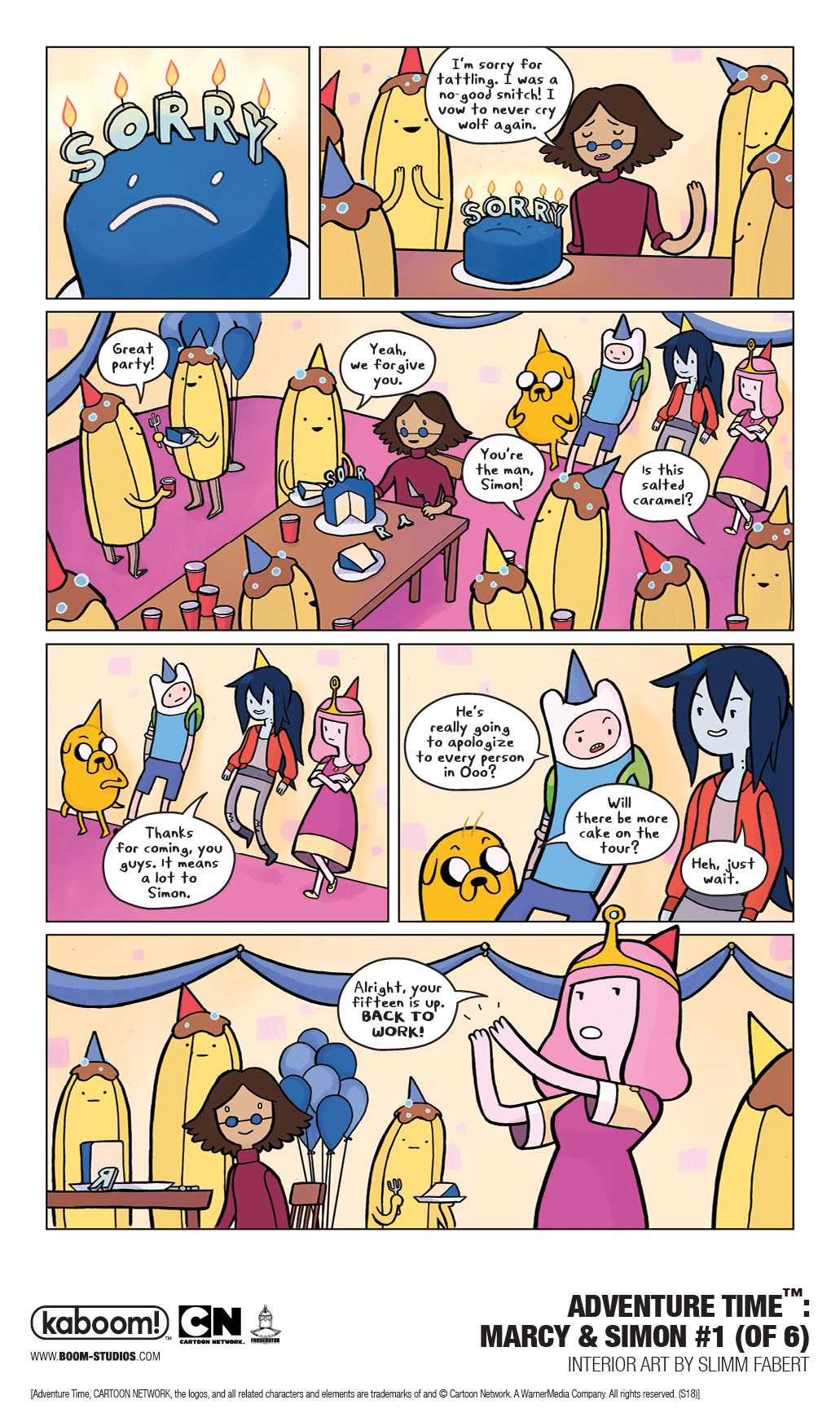 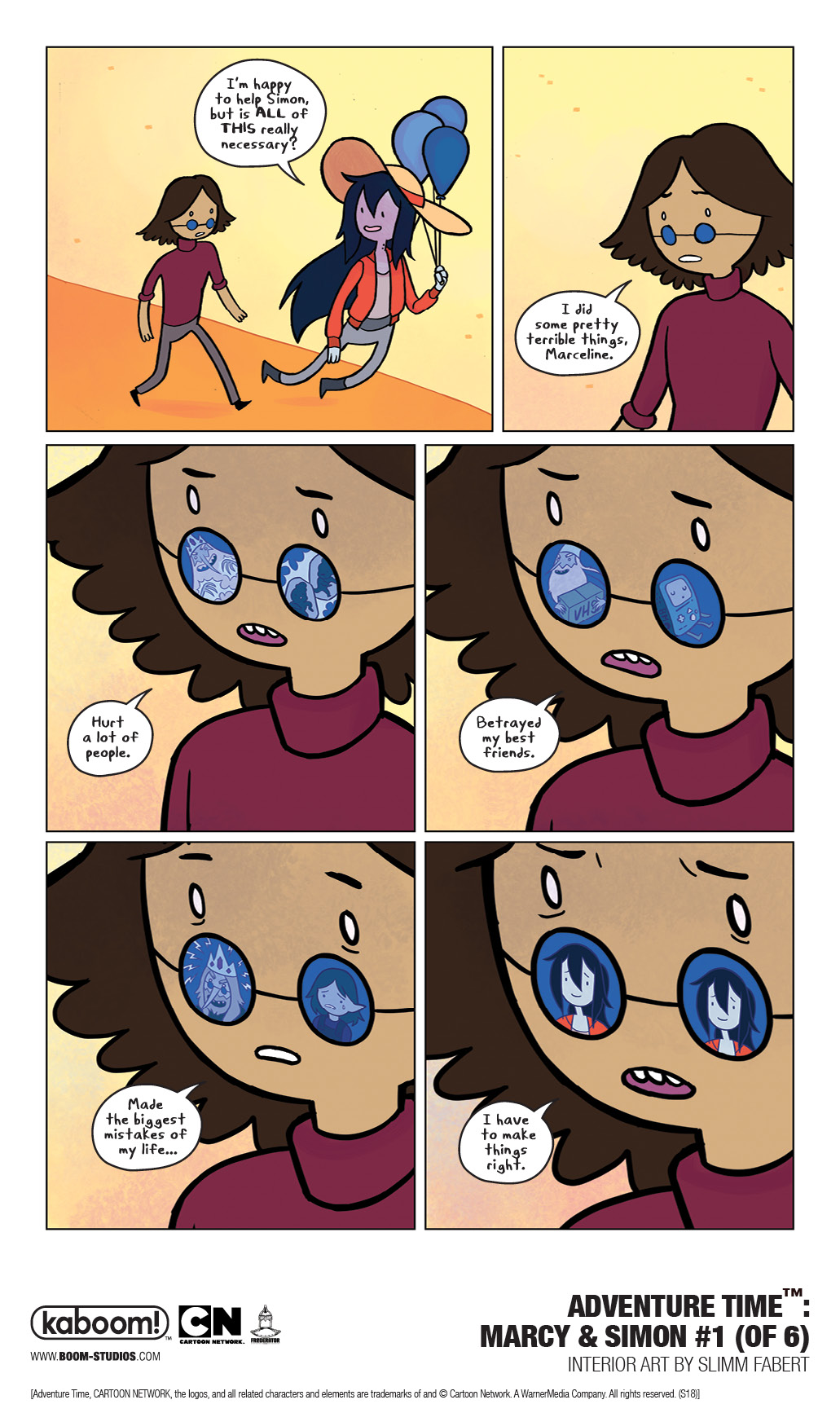 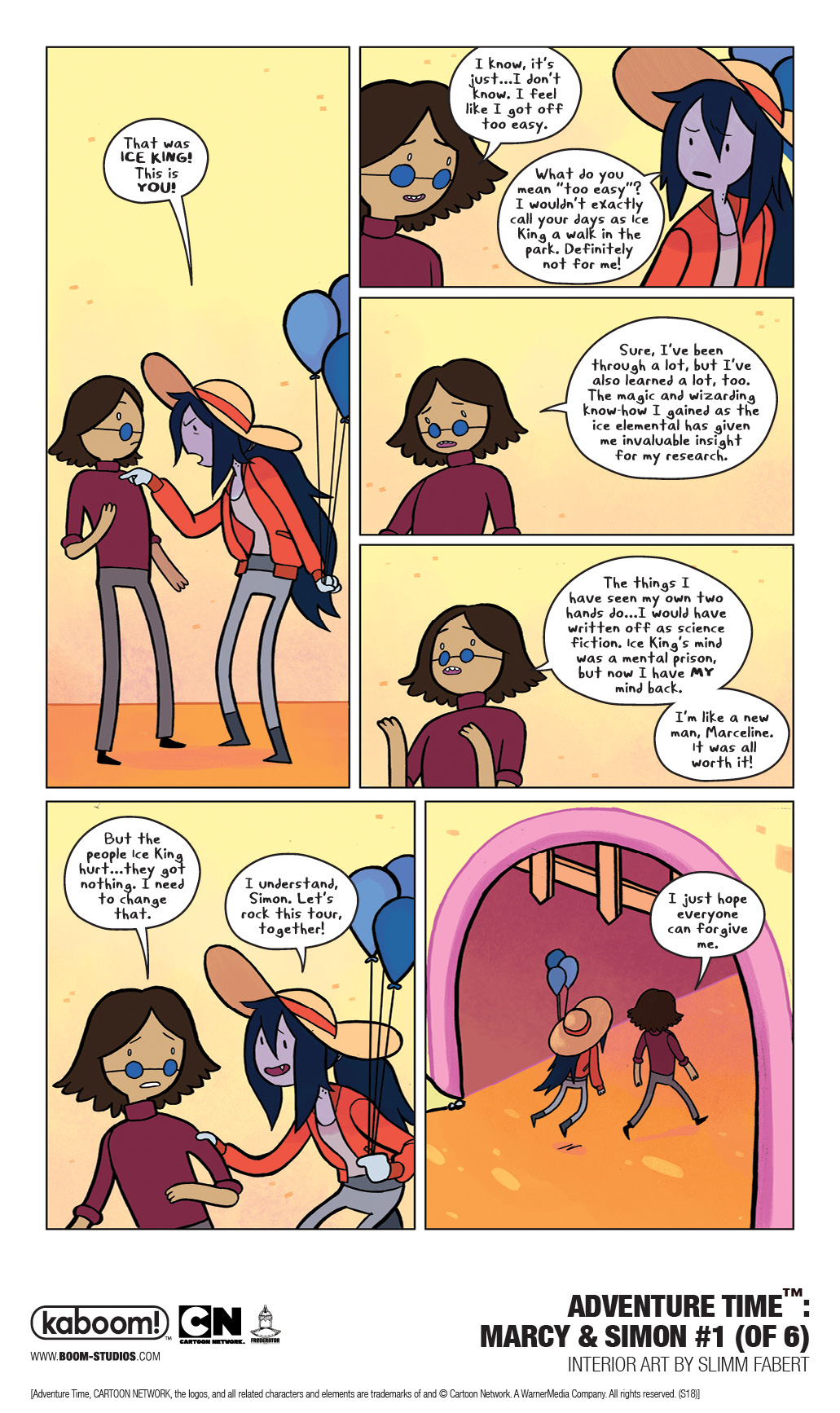 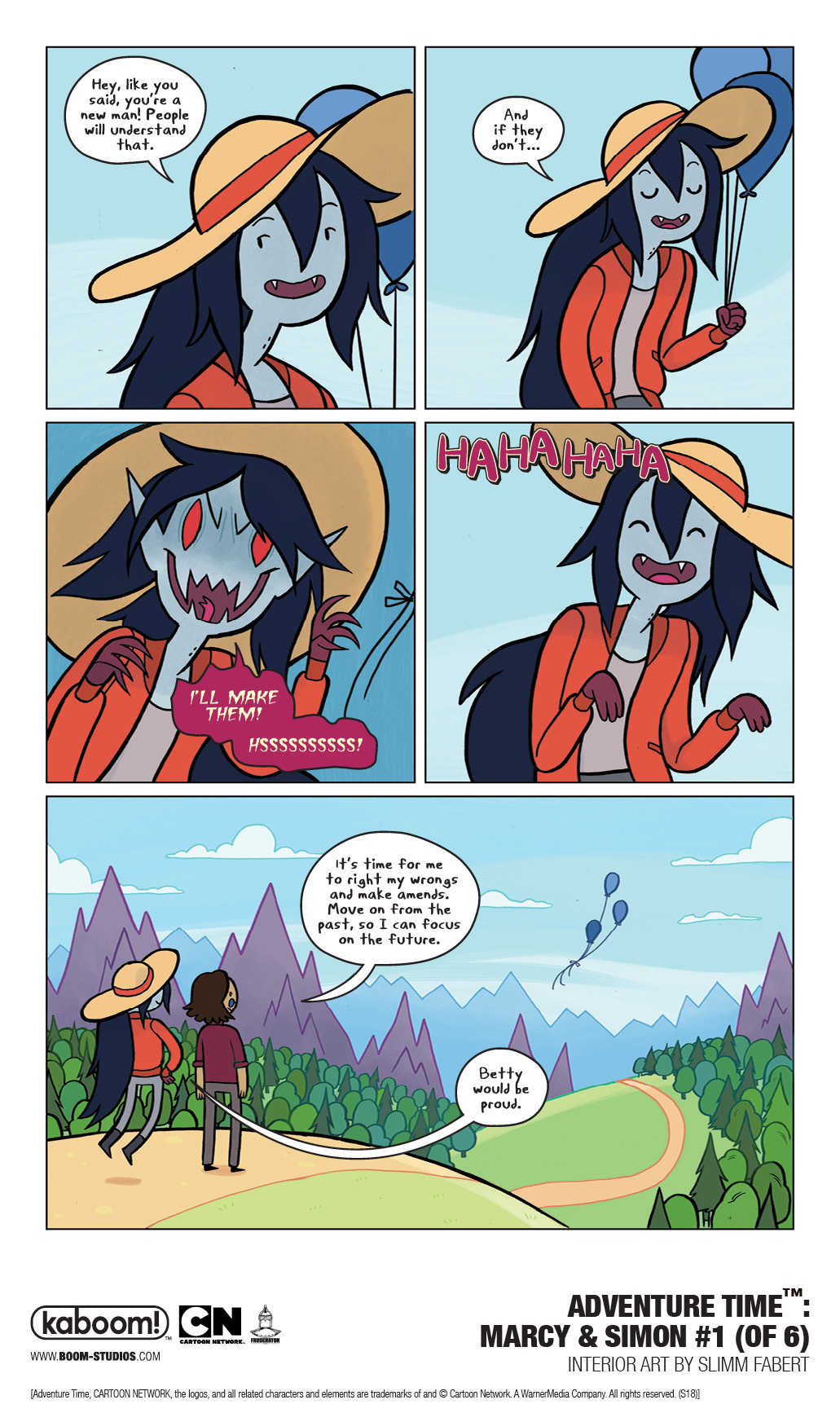