I think DC Comics should be renamed as “BC,” which should stand for “Batman Comics.” 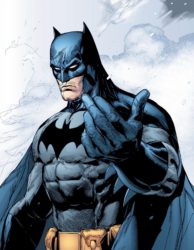 I have often worried out loud that Batman could get overexposed because he’s been DC’s best-selling character. Well, we’re about to find out if that’s possible based on the recent release schedules for DC Comics.

Here’s just some of the Bat-books announced not all that long ago: Batman: The Dark Knight mini-series, Batman and Scooby-Doo Mysteries, a new Robin ongoing series, a book exploring Gotham City, the continuation of The Next Batman!, and Batman Superman is still moving forward but with a new creative team. Then, too, Marvel is pushing the 30-year anniversary of one of their Batman-alikes, Darkhawk.

All this makes me think that the company should be renamed from DC (based on Detective Comics) to “BC” to represent “Batman Comics!” Yikes! Pow! Sales!

THIS IS NO SURPRISE, THOUGH

Of course, it wasn’t that long ago that DC cancelled a slew (the technical term for it) of their lower-selling titles. The word at that time was that Batman would gather a lot of the spotlight because, well, he sells!

But for how long?

Some of us with longer memories just might recall the late 1990s when DC very nearly cancelled Detective Comics because its sales were in a serious slump (the technical term for it). That’s very likely why Detective Comics now has the word “Batman” on top of it on the covers. We need to make sure that there’s no mistaking who is the lead hero in this book!

Just because a character is popular now, that doesn’t mean he or she will still be selling books by the boatloads (the technical term for it) in the years to come. Just ask Wolverine!

Thankfully, Superman still is getting his usual run of comics. Justice League, too. However, if you are NOT a part of those titles, well, you may be out of luck. I still want to see one of my very favorites—Hawkman—back in action, but if Robert Venditti couldn’t sell enough copies, I’m not optimistic that anyone else can! 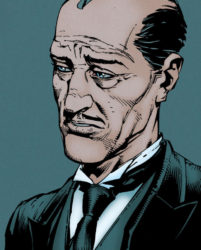 One of the recent changes in the Bat-family that still bothers me is the passing of Alfred, Bruce Wayne’s long-time butler and confidant. I mean, Pennyworth is in its second season/series right now, and the character is dead in the comics?

I realize that they wanted to add more diversity to the Bat-team, but couldn’t Lucius Fox have helped instead of replacing Alfred?

I still would have liked to see Lucius’ son continue on as Batwing, but they never seemed to know what to do with him! He was in Africa, he was in Gotham, he was all over the place! He still added lots of good diversity, I felt!

Then, too, Batgirl is back to being Oracle these days. I’m sure Alfred would have something to say about that since he had also turned into something of a computer guy. And Batwoman is somewhere in the shadows yet again.

I also thought that Damien Wayne had given up being Robin. Yet he’s getting his own title with that name on it! Hopefully, they’ll explain all that in the first issue!

It’s so odd that a certain Dan DiDio felt there were too many people in the Bat-family, and now that he’s no longer with DC, they implement that policy? I think they should be finding ways to make them unique instead of filling up every moment of every day with Bruce! Having a better Bat-family made more sense to me! 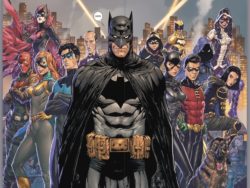 And all this comes from a life-long Batman fan! I’d rather have quality over quantity, but we’ll see!

They have had Ace the Bat-Hound and even Bat-Cow in comics recently, for pity’s sake! If they decide to have a Bat-vehicle comic, and it stars the Batmobile, the Bat-copter, and the Bat-submarine, I’ll know we’ve hit rock bottom!

Clearly, DC is trying to capture as many age groups as possible. The book I’m least likely to be interested in is the Batman/Scooby Doo comic. I was reasonably okay with a one-time team up or an occasional animated movie with the two in it, but more than that, and I’m out! I know, I know—as a co-worker used to tell me, “It isn’t being made for you!” It’s trying to appeal to a younger demographic, I get it! I’m just not sure how long this title will hold even their interest!

What will DC do, though, when the current Bat-bubble of popularity finally bursts as it eventually must? I have a feeling they’ll refocus on Superman or the Justice League, for instance. I don’t know what it will take for comics companies to actually think that telling good stories is the way to go instead of pushing a single character who happens to be popular at the moment to the forefront like this!

I mean, I’m happy to buy the Bat-books that I’m interested in, but even I can’t buy everything with Batman in it these days! Granted, it’s a nice problem to have, but I don’t want to be on the Internet when the inevitable headline appears that reads, “Batman Is No Longer the Big Deal He Once Was” yet again. The Marvelites Maximi will be cheering even though the House of Ideas has never even come close to making any of their Bat-guys land in the same ballpark (Nighthawk, Moon Knight, Darkhawk just to mention a few)! Imitation is the sincerest form of flattery and all!

I only ask that DC really try to get the best talent on the Bat-books. Is that too much to ask? Either that or keep Frank Miller or Scott Snyder on retainer somehow, okay?