We’ll get back to Batman next week, but this time there’s something going on I feel needs to be addressed.

Many of us look at fans of comics like us as part of a community, a group of people who share the same interests. Since we have things in common, we can often turn to others among us when we need help. 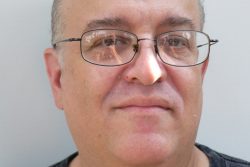 I won’t get into all the details here, but Mr. David’s ability to turn out stories his fans love and enjoy is being threatened due to financial problems. For the details and all the very latest on this, go to his website at this link.

He’s probably best known among comics aficionados for his work at Marvel, including The Incredible Hulk, Spider–Man 2099, and the upcoming title featuring Ben Reilly, the Scarlet Spider.

He’s also recognized for his Star Trek comics at DC as well as various novels for that franchise. You can often find him at sci-fi and comics conventions around the country and beyond, discussing the state of the industry, among other things.

I first encountered him years ago when I attended a Diamond gathering for comics shops owners. He was working for Marvel in sales at that point, and he was running a slide show showing upcoming projects for the House of Ideas. He came to a slide of Daredevil drawn by Bill Sienkiewicz. It featured The Man Without Fear having massively huge shoulders, but a tiny head, by comparison.

Well, some in the audience found that amusing, and laughter started to happen. When Peter couldn’t figure out what was funny, someone pointed out to him that Daredevil, at least in that image, was “a pinhead.”

The soon-to-be author noted for his sense of humor didn’t find that very funny. Instead, he emphasized how the book this was taken from was going to help keep everyone’s stores surviving and even thriving. At that, everyone quietened down, and he continued his presentation.

When he started writing much more often, that famous sense of humor began to show a lot more, and he’s been selling lots and lots of comics ever since. It’s better that he tell the jokes in this situation!

It’s also public knowledge that, a few years back, he suffered a stroke. I always worry when a comics creator has health concerns because we need “all hands on board” with the industry, especially now. His wife kept his website updated, and I was relieved to hear how his recovery was being completed successfully. I saw him at a local Trek con a few months later. We were all glad to see him walking, even if he needed some assistance at that point. He’s been doing a LOT better since then, thankfully. 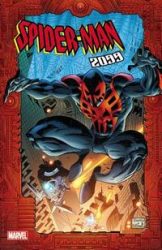 One of the things that makes creating difficult is when meeting one’s basic needs is not certain. It’s only natural to focus on resolving that situation first and foremost.

Each of us encounters financial troubles at some point or another, but this current situation with Peter, having the IRS wanting $88,000 at one time, well, that’s got to be more than distracting. It’s got to add massive stress to a life that likely would be much better off without it.

Maybe Mr. David’s ability to look beyond this kind of problem is better than mine would be, but I can’t imagine anyone being able to write at his or her best with this hanging overhead. Yikes!

I have to say that I admire Peter’s ability to go public with this. Most of us would likely crash and burn in silence, but it takes real courage to tell other people about things like this, in my opinion. 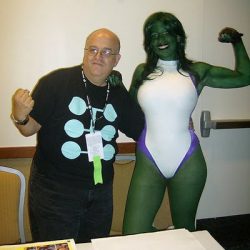 A lot of people, including, apparently, Mr. David, have been discouraged due to recent events. I would recommend to people that nothing in this life is permanent (except maybe for death and taxes), and from what I’ve seen, as of this writing, the scribe’s fans have been turning out in droves to help.

A GoFundMe account has been set up so fans, friends and good people in general can provide assistance to someone who has enriched the lives of many through his talents. A total of $16,000 has already been raised there in less than one day from over 500 people, which is encouraging. Some are setting up eBay auctions where the proceeds will be directly donated to Mr. David. Checks can be sent to PO Box 951, Bayport, NY 11751. You can send funds via PayPal to padguy@aol.com. I understand about $40,000 in total has come in at this writing. This campaign is off to a good start, and it would be the coolest thing in the world to come together over helping someone, especially these days.

Making this awful situation go away will result in many great stories continuing to enchant readers for years to come, I believe. And it will create a lot of good will for the comics industry, if nothing else! We could use more of that!

I almost always try to avoid dealing with creators’ personal lives in my writing. I mean, that’s their business. But this circumstance is unique and something that members of the comics community should not only be aware of, but also help out, where possible.