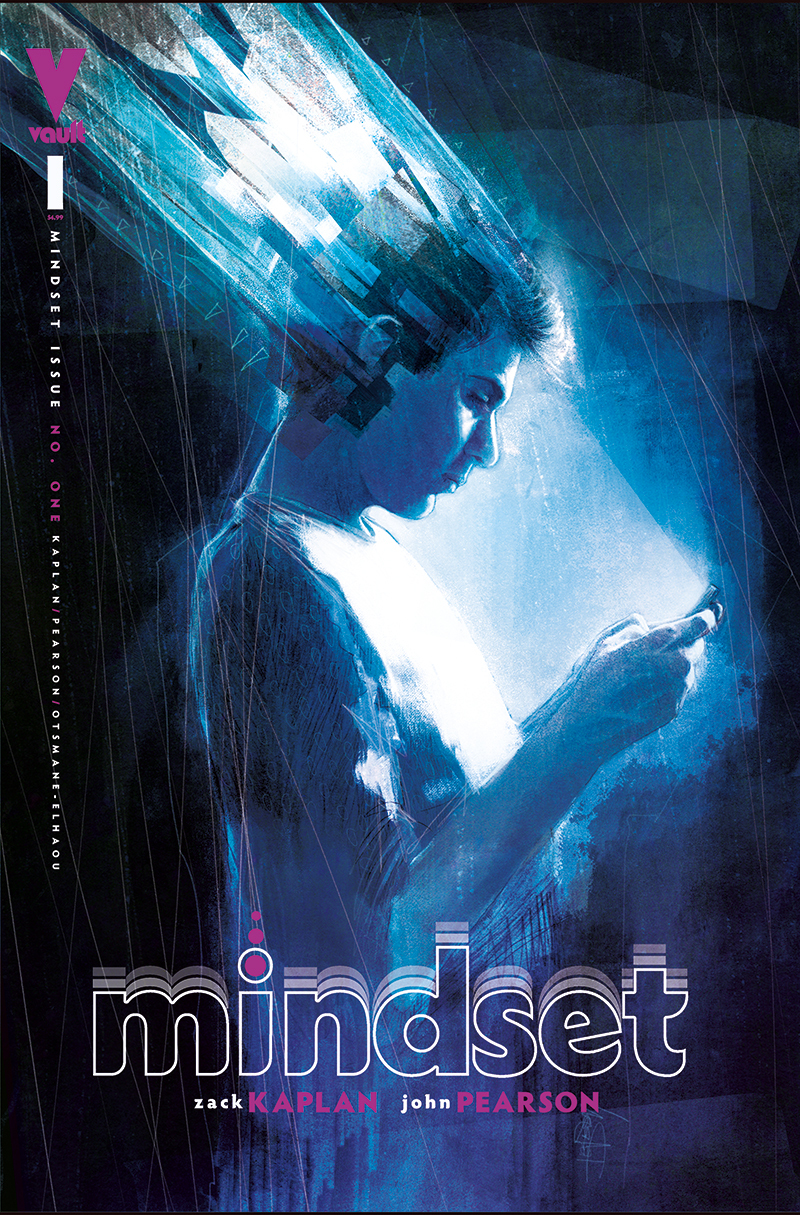 MINDSET centers around four grad students who accidentally discover mind control, put it in an app, and set out to free over one billion users from technological addiction. But are they freeing the world or controlling it? It’s a cautionary tale about how idealistic dreams are corrupted, how our own minds are locked in an existential battle with technology, and perhaps, how we might win it.

“MINDSET is a mind-bending sci-fi thriller about four wide-eyed grad students who discover mind control and put it in an app, and a dark journey that follows, twists and turns, murder and mystery, love and heartbreak through the absurd world of overnight technopreneurs and social media empires,” said Kaplan. “But the series is really about a dilemma I think we all feel today. How do we use devices, social media and apps to connect with each other and feel influential without allowing the technology to influence the very choices we make and thoughts we have? We believe the timing for the story couldn’t be more socially reverent, since we’ve increased our dependency more than ever on technology, but as Silicon Valley tightens its digital grip on our behavior, mind control exists right now.”

“Eisner-winning artist John Pearson delivers a creative vision in the footsteps of Bill Sienkiewicz and Dave McKean, and Eisner-worthy letterer Hassan Otsmane-Elhaoubrings a level of artistry to the lettering that’s next level, continued Kaplan. “We’ve pursued a very collaborative and cohesive approach with the intention of creating a multi-layered comic experience, which is what made collaborating with brilliant editor Adrian Wassel and the entire team at Vault Comics such a perfect union here. Give us your minds and prepare to have them blown away!”

“I set out to factor in a range of divergent approaches to the art to reflect the nature of the story, mixing traditional and digital approaches in a tactile way,” added Pearson. “The artwork isn’t merely an extension of the story, it’s substantial and distinct, with its own visual narrative. We’ve developed a story where we’re dealing with themes surrounding social media, misuse of power and mind control, all very much in a post-truth context. The questions that I’m pushing throughout the series with the art reflect and subvert these themes, making the viewer question what they’re seeing and the reliability of the art presented to them, alongside (and at times against) the narrative. It’s aiming to be much more than simply an illustrated thriller, I want it to be a tangible experience with the reader as an active participant, with us leading them through a story that they can revisit time and again.”

MINDSET #1 hits store shelves in June, 2022. The series will feature a line of gorgeous variants by Martin Simmonds (The Department of Truth, Friendo).

The full synopsis for issue #1 can be read below:

When an introverted tech geek from Stanford, with dreams of changing the world, accidentally discovers a form of mind control, he and his friends do something unexpected – they put the science into a meditation app to help users break their addiction to other manipulative technologies and platforms. But after their rags-to-riches rise, a wake of murders and a series of mind games, their Mindset app replaces all rival social media and achieves a cult following of a billion users, and they must ask the question – are they helping people or controlling them?