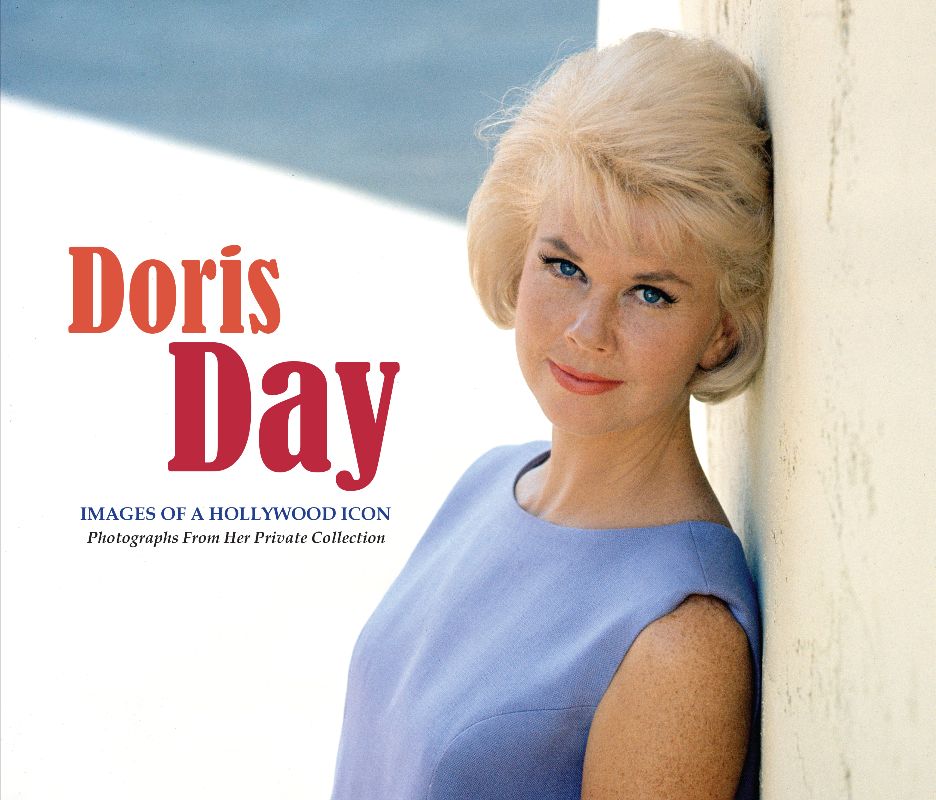 To commemorate the 100th anniversary of the birth of one of the most beloved and successful actresses and singers in the history of show business, Hermes Press is proud to announce the publication of DORIS DAY – IMAGES OF A HOLLYWOOD ICON, featuring rare and previously unpublished photographs from the late star’s personal collection.Born in Cincinnati, Ohio on April 3, 1922, Doris Mary Anne Kappelhoff had dreams of becoming a professional dancer before a near-fatal car accident during her teen years left her bed-ridden with a shattered leg for over a year. While listening to the radio during her recovery and becoming entranced by jazz vocalist Ella Fitzgerald, Doris embarked on singing lessons for two years, resulting in her becoming a local radio star and joining big bands — where she adopted the stage name of “Day” — leading to a plum position with the Les Brown Orchestra. While touring cross-country with Brown, Day had several hit records with the band, culminating with the end-of-World-War-II anthem “Sentimental Journey.”  After a failed marriage and giving birth to her son Terry, Doris relocated to Los Angeles, where she was discovered by famed film director Michael Curtiz (Casablanca) and signed to a contract with Warner Brothers.Starting with the 1948 Technicolor musical Romance on the High Seas, where she introduced the Oscar®-nominated hit song “It’s Magic,” Day quickly ascended to the top of the most popular stars in Hollywood. While continuing her recording career, she moved effortlessly between song-filled, nostalgic features such as Calamity Jane – introducing the Oscar®-winning hit “Secret Love”; gripping film noir (Storm Warning); musical biography (Love Me or Leave Me); a Hitchcock thriller (The Man Who Knew Too Much) and modern romantic comedies with Rock Hudson (Pillow Talk), Clark Gable (Teacher’s Pet), Cary Grant (That Touch of Mink) and James Garner (The Thrill of It All).Despite not making a film since 1968, Day still holds the record as the number one female box-office star. Her many honors include the Cecil B. DeMille Award for outstanding contributions to the entertainment industry, the Los Angeles Film Critics Award for Lifetime Achievement, a Grammy Lifetime Achievement Award, an Academy Award® nomination for Pillow Talk and the Presidential Medal of Freedom. Her films and recordings continue to appeal to audiences all over the world. Her iconic Oscar®-winning hit “Que Sera, Sera” (“Whatever Will Be Will Be”) was not only the theme to her top-ten television series The Doris Day Show, but has resonated globally with several generations.A lifelong animal lover and pioneering animal welfare advocate, Day focused her later years on her heart’s passion–making this a better world for animals and the people who love them. Her celebrity voice has been instrumental in reducing shelter euthanasia, introducing spay/neuter initiatives, lobbying for laws that protect animals, and many other programs. Since 1978, the Doris Day Animal Foundation has grown into a national non-profit animal welfare leader and continues to carry on Day’s legacy.DORIS DAY – IMAGES OF A HOLLYWOOD ICON, published in association with the star’s estate. Offers hundreds of photos, including glamorous publicity portraits, behind-the-scenes images with famous friends and colleagues, and glimpses into her personal life. Longtime fan Paul McCartney has composed a Foreword. Turner Classic Movies host Eddie Muller and singer-historian Michael Feinstein have contributed appreciations of Day’s motion picture and recording careers, respectively. A filmography and discography are also included.