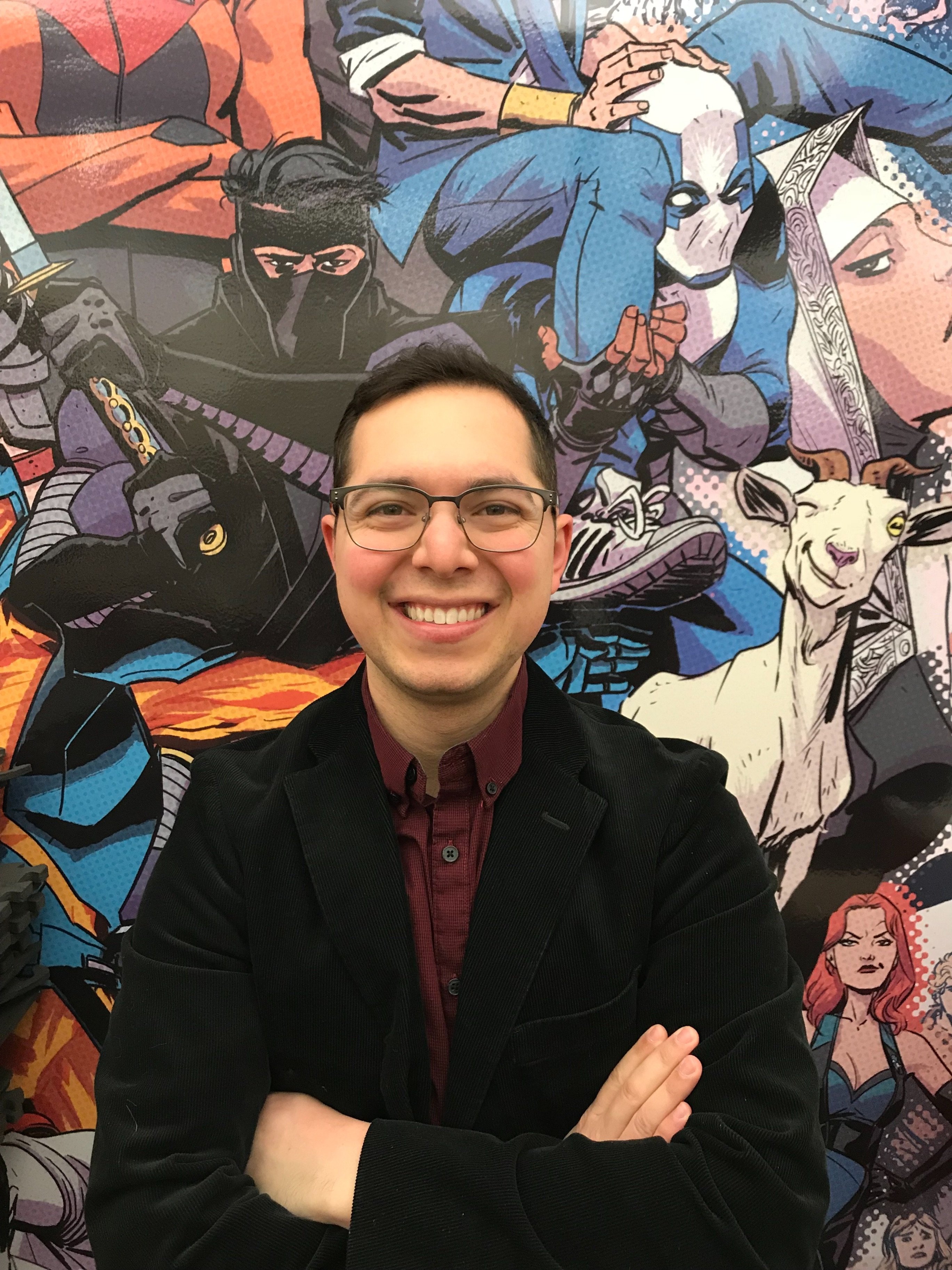 New York, NY (December 10, 2018) – Valiant Entertainment is proud to announce that Director of Sales Matthew Klein has been promoted to VP of Sales & Marketing. In his new role, Klein will focus on pushing Valiant’s Sales and Marketing efforts to new heights while crafting short and long-term strategies to grow the brand and expand relationships with fans, retailers, and press.

“Matthew is one of the most passionate, creative, and hard-working people I know,” said Publisher Fred Pierce. “His drive is second to none and he’s already generating brilliant ideas for 2019 and beyond. When you speak with Matthew for even just a minute about the industry, it’s easy to see why he’s the perfect person for the job.”

Klein, who made his bones at Forbidden Planet, one of the busiest comic book stores in Manhattan, originally joined Valiant as a Sales Manager in 2014. His enthusiasm for the Valiant Universe and inventive approaches to promoting its characters to retail partners and comic book fans earned him the title of Director of Sales. While Klein continued his focus on Sales, he also began playing a significant role in the creation of new Marketing tactics, including collaborative opportunities with the press, email campaigns, and help in shaping the message for upcoming titles and entire slates.

“I am honored to take on these new responsibilities and expand my role working with the best team I could ever hope for,” said Klein. “Valiant will continue striving to become known as the publisher with the personal touch to retailers, fans, and our wonderful partners in all forms of media. I am so excited for the innovation and ambition Valiant will use in 2019 and beyond to let everyone know that the best comics in the industry have compass points on the cover.”