PORTLAND, OR, 12/10/2018 — The Eisner Award-winning team of Greg Rucka (BLACK MAGICK, THE OLD GUARD, Gotham Central) and Michael Lark (Daredevil, Gotham Central) will release LAZARUS: RISEN #1, which kicks off a new story arc in a new prestige format and with a new quarterly schedule, this March.

Weighing in at 64 pages and packed with extras, LAZARUS: RISEN #1 continues the story of Forever and the Carlyle Family. Two years have passed since they were betrayed in battle, and the Conclave War now encroaches on every side. As a new era dawns, Johanna Carlyle goes on the attack to ensure the survival of her Family, relying on the loyalty and support of the Carlyle Lazarus—her sister, Forever. And while their united front may be enough to turn the tide, the cracks are beginning to show…

“Forever’s journey has entered a new phase,” said Rucka, “and we wanted the title to reflect not just that, but all things LAZARUS present and future. We’re excited to finally get to share this next chapter!”

LAZARUS: RISEN #1 will be available on Wednesday, March 13th.

LAZARUS will also be available for purchase across many digital platforms, including the official Image Comics iOS app, Amazon Kindle, Apple Books, comiXology, and Google Play. Fans can also subscribe to receive the series delivered by mail within the domestic U.S. on Image Direct. 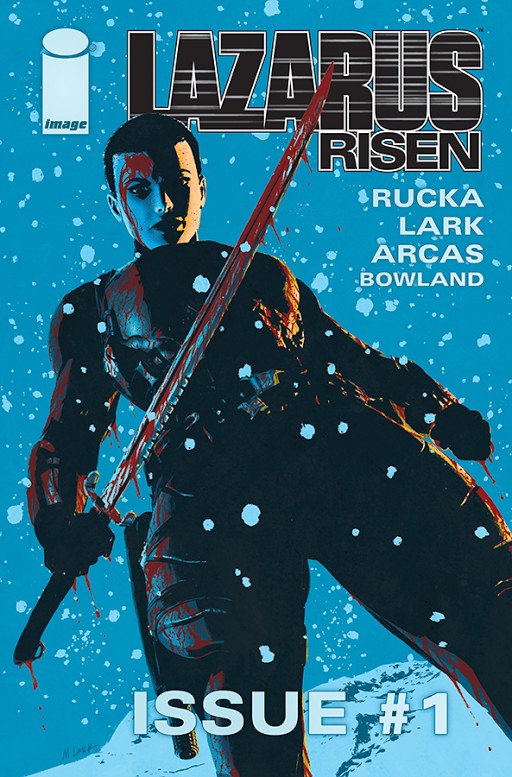