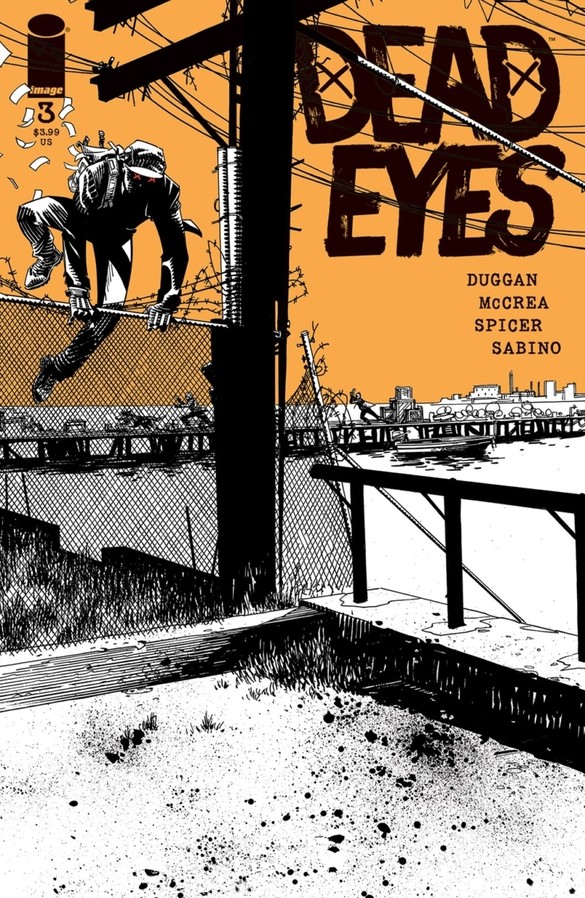 Dead Eyes just wanted to put on a mask, steal from the rich, and give to himself. But now his wife and his wheelman are in the hospital, and the mafia is closing in. Dead Eyes #3 guest stars laughing gas, an MRI machine, some pointy surgical instruments, some soft tissue of some bad men, and a depressed mafia boss.

Set in the 1990s, “Dead Eyes” was a prolific stick-up man and hoodlum in Boston until he took down one last big score and disappeared. Nobody ever discovered the truth. He retired to be with the love of his life, but now he’s back in the mask to save her. No one—not his wife, the mafia, or the cops—is happy that he’s out of retirement.