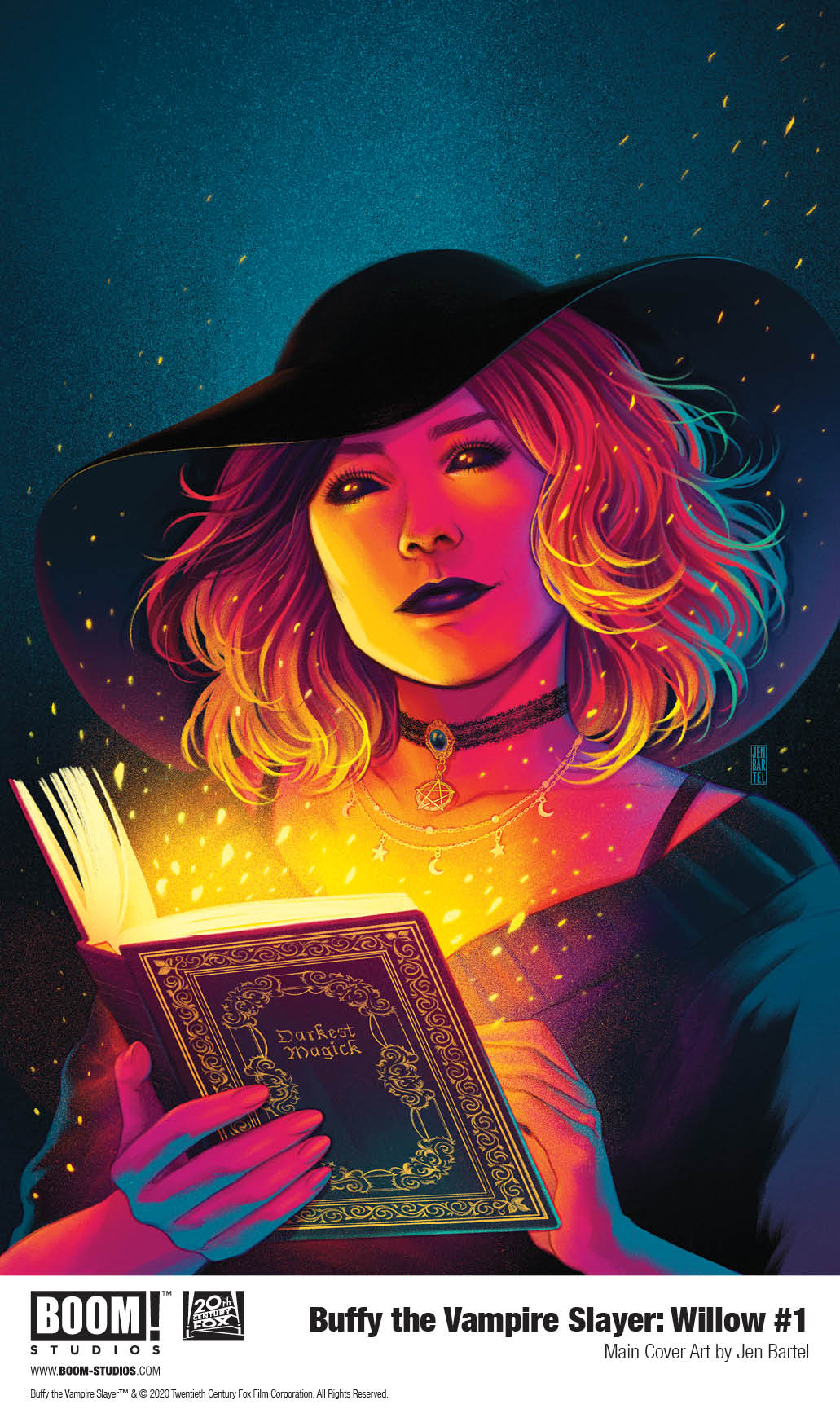 LOS ANGELES, CA (March 16, 2020) – BOOM! Studios, in collaboration with 20th Century Fox, is proud to announce BUFFY THE VAMPIRE SLAYER: WILLOW, a special five-issue comic book miniseries, from award-winning writer Mariko Tamaki (Laura Dean Keeps Breaking Up With Me, Harley Quinn: Breaking Glass) and acclaimed artist Natacha Bustos (Moon Girl and Devil Dinosaur), that brings Willow face to face with the truth of her past…and plants the seeds for a future no one could’ve predicted.

After everything—and everyone—she lost to the Hellmouth, Willow is leaving Sunnydale on a world-spanning road trip in search of her true self. She stumbles on a community of people like her: lost witches looking for answers…but there’s a darkness at the heart of it, one that reminds Willow of something she’s felt before, something that she fears inside herself.

Now, truly alone for the first time in her life, Willow must rely only on her instincts—and her magic—to save herself from a threat Buffy never prepared her to face…or the rest of the world will pay the price.

Mariko Tamaki is the award winning co-creator of the graphic novels This One Summer, with Jillian Tamaki, and Laura Dean Keeps Breaking Up With Me with Rosemary Valero-O’Connell. She also writes about heroes, villains and mutants for Marvel, DC Comics, and BOOM! Studios and curates the Abrams LGBTQ imprint Surely Books.

“As a nerdy queer I cannot think of a better job than writing a WILLOW adventure. Thrilled to be a part of the Buffy world.” said Tamaki.

Natacha Bustos is a comic book artist based out of Spain. She obtained her first published work at Vertigo with the story Going Nowhere, written by Brandon Montclare, in 2015. Bustos made her Marvel debut with Spider-Woman #10, before becoming the regular artist on Moon Girl and Devil Dinosaur, for which she won a Glyph Award for Best Female Character in 2016. In 2017, Bustos drew a story written by Ann Nocenti for Mine! Comic Anthology.  She’s also known for her cover work,, including Marvel’s Moon Girl and Devil Dinosaur and World of Wakanda, and BOOM! Studios’ Lumberjanes/Gotham Academy, Go Go Power Rangers, Thrilling Adventure Hour, Jonesy, and Slam.

“One of the greatest things about making comics is being able to give life to the characters you love the most, and WILLOW from Buffy the Vampire Slayer is one of them. I’m excited to be working on this comic with such an amazing team.” said Bustos.

“Since we first started building our corner of the Buffyverse, we’ve been excited to give Willow her own miniseries—partly because she’s an absolute favorite of ours, but also because she is one of the most iconic queer characters in pop culture,” said Jeanine Schaefer, Executive Editor, BOOM! Studios. “Mariko and Natacha are the perfect team to dive into the dreams and struggles of the 21st-century witch who’s survived more than she ever thought she could, from breaking up with her girlfriend to battling literal demons from Hell. But as strong as Willow has been so far, what she finds over the course of this series will be the true test of who she is, both for herself and for the future of the entire Buffyverse. And I mean that quite literally.”

Print copies of BUFFY THE VAMPIRE SLAYER: WILLOW #1 will be available for sale in June 2020 exclusively at local comic book shops (use comicshoplocator.com to find the nearest one) or at the BOOM! Studios webstore. Digital copies can be purchased from content providers, including comiXology, iBooks, Google Play, and Madefire. 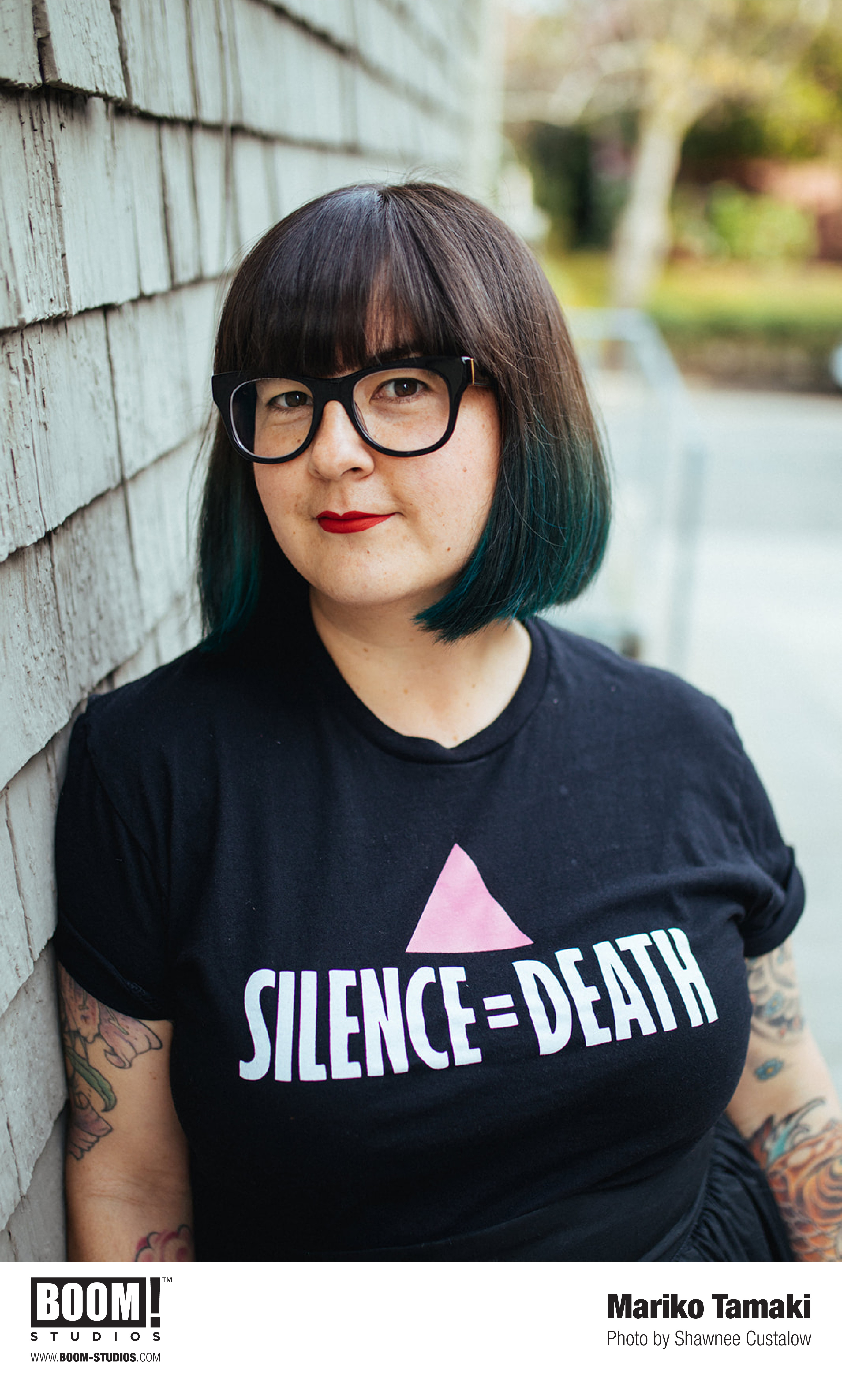