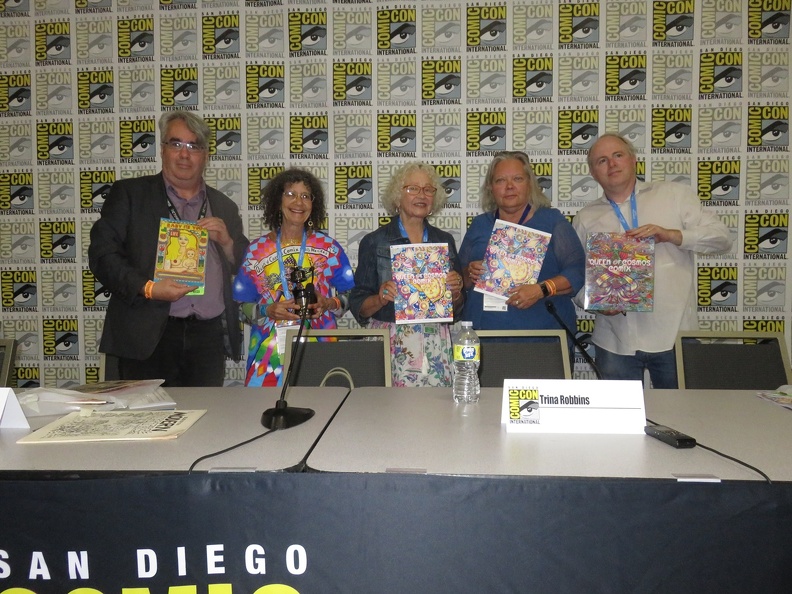 Willy Mendes Spotlight (47:46, 109mb)
Willy was joined by Trina Robbins, Kim Munson, Joshua Starnes and the panel was moderated by Brian Doherty. Comic Con started off the panel by giving Willy an inkport award. Willy spoke about her Queen of Cosmos Book 1 and 2. Kim talked about her 50 page article researching Willy’s career and giving her credit for many Underground books that other historians did not bother to mention her involvement in. Trina talked about she met Willy and why she invited her to work on It Ain’t Me Babe. They also talked about the reaction to the comic from both male and female cartoonists. Joshua spoke about meeting Willy and his publishing business. Willy let loose about her desire to spread positivity through her colorful art, her being a mystic and what she rages about in our male dominated world. Kim talked about her museum exhibit with Willy’s art.