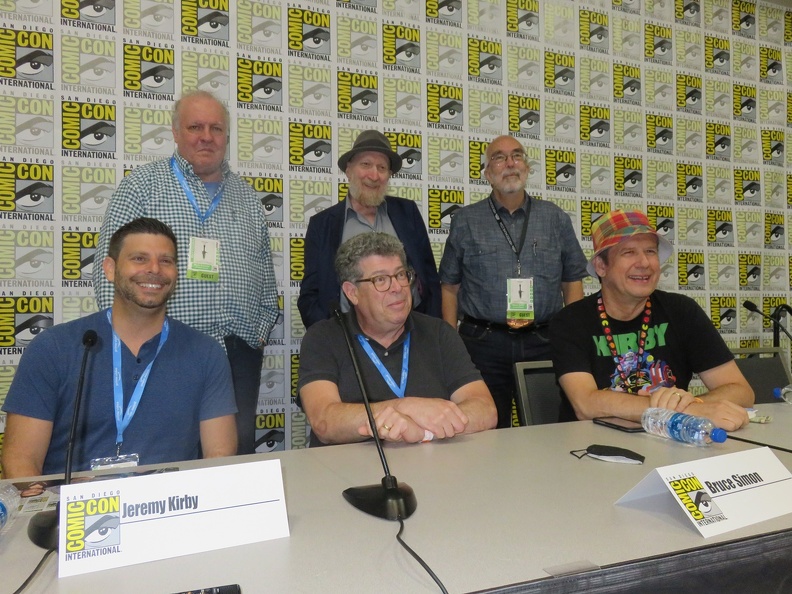 Jack Kirby Tribute (1:06:13, 151mb)
Moderated by Mark Evanier, the panelists were Frank Miller, Jeremy Kirby, Bruce Simon, Rand Hoppe and Steve Saffel. They spoke about Kirby’s inkers and what Kirby liked his inkers to do to his work, as well as Kirby’s favorite inker that wasn’t Mike Royer, Frank Miller getting DC to issue a statement saying giving artwork back to creators was DC’s policy helping Jack get his art back from Marvel, how Stan Lee’s version of events changed in private statements vs public statements, Stan Lee at Jack Kirby’s Funeral, Jack wanting people to develop their own style instead of imitating his, Joe Simon’s personal and professional relationship with Jack Kirby, Seeing Jack draw and his improvisational writing style, Frank talked about Klaus Janson and they also spoke about the recent passing of Steve Sherman.