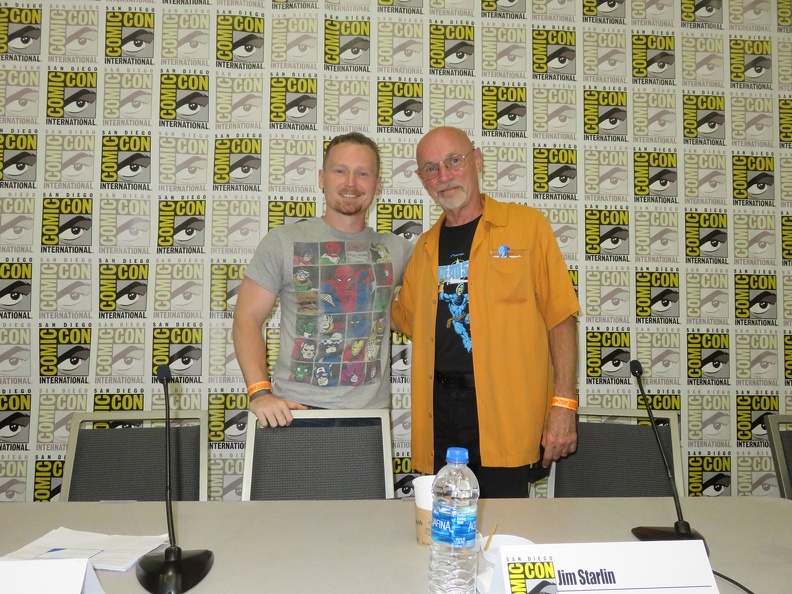 Celebrating 50 Years of Jim Starlin (50:17, 115mb)
Jim Starlin spoke about his 50 year career in comics, interviewed by Coy Jandreau. Among the topics discussed were how he realized people made comic books as a kid, his schooling and learning how to think, what some of his low points were and how it affected his work, what the Marvel office was like in the early 1970s, how the drug influenced philosophical discussions within the comics social gatherings got into the comics, the changes to Marvel in the 1980s and 90s, the accident he had 50 years ago which stopped him from drawing and how he recovered from that, comic up with Death, his character and work being translated into the Marvel movies, the origin of Shang Chi and why he quit very early into the run, his desire to do space based stories, why he chose to kill Captain Marvel with cancer, how the DC licensing people got mad after killing Robin, his getting fired and follow up work, his proposed Namor story that never got done, how he would like Dreadstar adapted, how Jack Kirby helped him with Dreadstar, how Dreadstar work, the changes in the comic industry that he likes, his thoughts on Drax the Destroyer and his adaption into the Marvel movies.