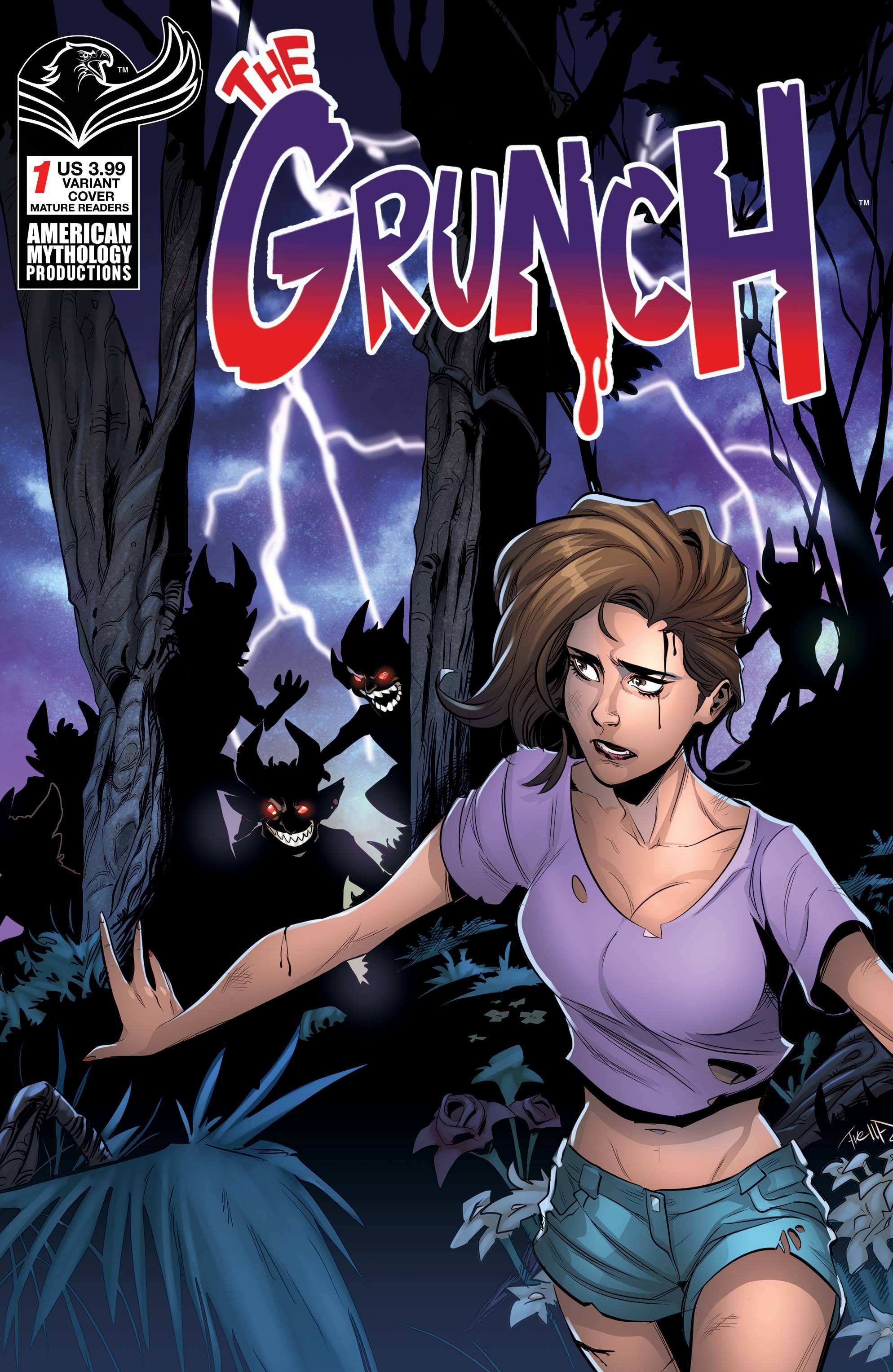 Tom Holland’s Fright Night is Back!

[Baltimore, Maryland] – American Mythology Comics has brought the fear to horror fans all year long, with a string of horror hits like 2021’s runaway fan favorite, Willy’s Wonderland, a prequel series to the 2021 cult movie starring Nic Cage. The same publisher brought fans a fresh dose of delirium with a new Fright Nightcomic series, picking up where the original Tom Holland classic left off, and they delivered even more of the ever-popular Adam Green’s Hatchet comic series, along with some in-house modern classics like, Scary Christmas, Beware the Witch’s Shadow, and A.M. Monsters! If you’re a fan of horror comics, American Mythology’s got your back, there just may be a knife stuck in it!

Now, the comic publisher is releasing a brand-new tale of terror with The Grunch! A horror comic with bite! Fresh from the ground up minds of the American Mythology horritorium, this tale of terror was ripped straight from the pages of the Louisiana folk lore and legend, dating back hundreds of years of black magic, voodoo, and things that go bump in the swamp. Part twisted human, part hungry beast, all teeth and terror! Come along with your tour guide, Johnny Detour, and his band of misfit vloggers as they delve deep into the murky myths surrounding the murderous brood! Finding the carnivorous clan is only half the battle – getting back out alive is the real trick! There’s always time for a detour!

The series will be written by veteran horror comic writers S.A. Check (Willy’s Wonderland) and James Kuhoric (Fright Night) with interior art for the series by Claudio Avella (Zorro Flights). The Grunch “Welcome to the Brudderhood” #1 will come with three covers – the main cover by horror maestro Puis Calzada and variant covers by Avella and the horror team of Buz Hasson & Ken Haeser (The Living Corpse).

“The Grunch is the all in, blood curdling, hide under the covers, fear-for-all comics we love here at American Mythology,” said Barlow Jones, AM’s Marketing Director.  “A tale straight out of American folk-lore and fable, but filled with fright! Don’t make a wrong turn down old Grunch Road or you may just never back it back alive! We brought the whole horror crew together on this one to bring fans something special to help keep them up at night, whether they wanted to or not! It’s one part horror, one part insanity, and all parts a good time for fans of the genre. Do yourself a favor and bring a little Grunch into your life! Just don’t invite them over for dinner – you may not like the menu!”