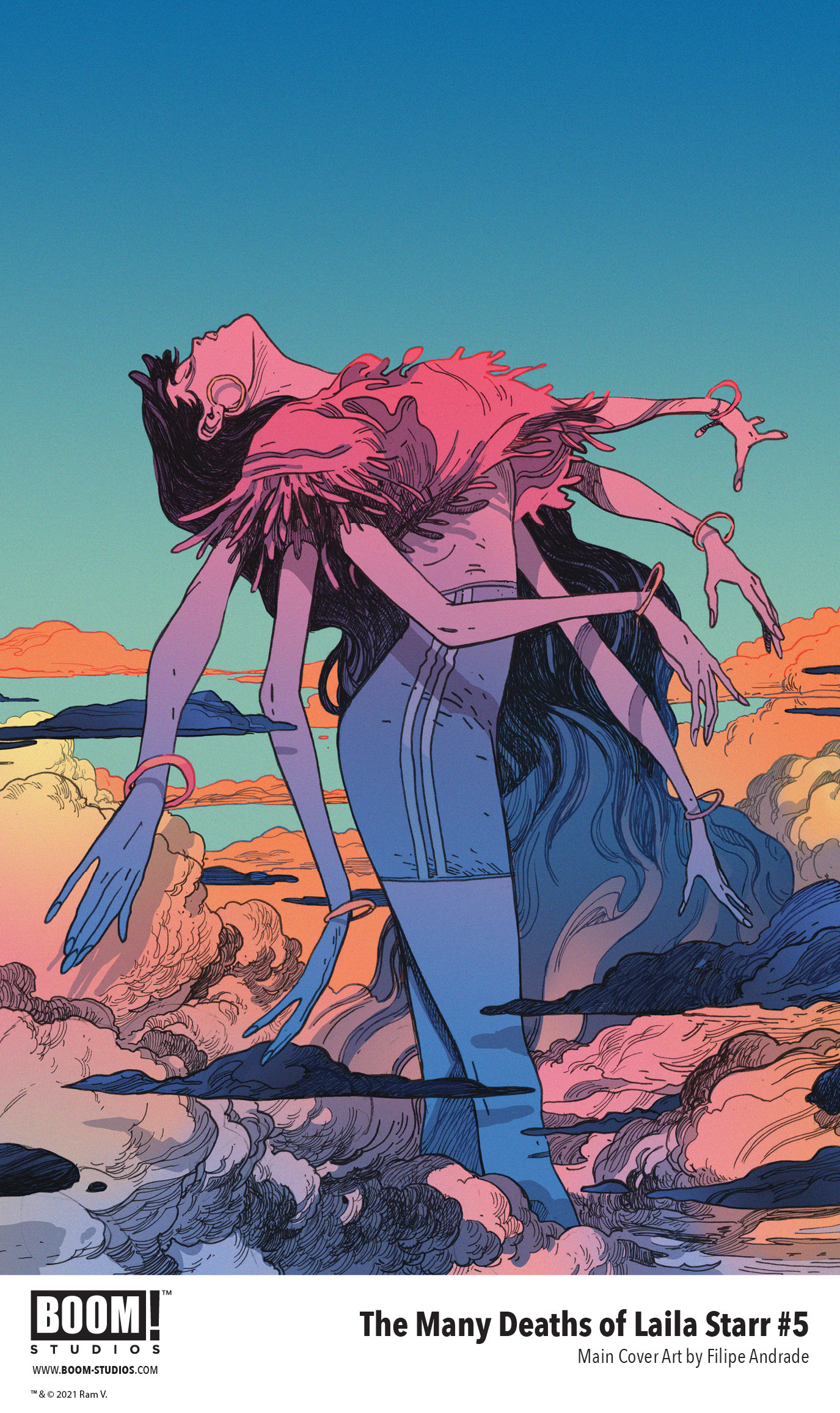 LOS ANGELES, CA (August 12, 2021) –  BOOM! Studios today revealed a first look at THE MANY DEATHS OF LAILA STARR #5, the final issue in the highly acclaimed original series from writer Ram V (Swamp Thing, Blue in Green) and artist Filipe Andrade (Captain Marvel), with letterer AndWorld Design, that explores the fine line between living and dying in Mumbai through the lens of magical realism, available in August 2021.

What will Laila Starr do when she’s finally given the chance to resume the mantle of Death? Finding herself back in the world, Laila searches out Darius and discovers that for the first time she will be witnessing the death of someone close to her. When they are both given a chance at immortality, their individual decisions lead to a surprising and touching series finale.

THE MANY DEATHS OF LAILA STARR #5 features main cover art by series artist Andrade and variant covers by superstar artists Nimit Malavia (Fables) and Martin Simmonds (The Department of Truth).

THE MANY DEATHS OF LAILA STARR is the newest release from BOOM! Studios’ eponymous imprint, home to critically acclaimed original series, including BRZRKR by Keanu Reeves, Matt Kindt, and Ron Garney; Proctor Valley Road by Grant Morrison, Alex Child, and Naomi Franquiz; We Only Find Them When They’re Dead by Al Ewing and Simone Di Meo; Seven Secrets by Tom Taylor and Daniele Di Nicuolo; Something is Killing the Children by James Tynion IV and Werther Dell’Edera; Once & Future by Kieron Gillen and Dan Mora; Faithless by Brian Azzarello and Maria Llovet; Eve by Victor LaValle and Jo Mi-Gyeong; and Dark Blood by LaToya Morgan and Walt Barna. The imprint also publishes popular licensed properties, including Dune: House Atreides from Brian Herbert, Kevin J. Anderson, and Dev Pramanik; Mighty Morphin and Power Rangers from Ryan Parrott, Marco Renna, and Francesco Mortarino; and Magic from Jed MacKay and Ig Guara.

Print copies of THE MANY DEATHS OF LAILA STARR #5 will be available for sale on August 25, 2021 exclusively at local comic book shops (use comicshoplocator.com to find the nearest one) or at the BOOM! Studios webstore. Digital copies can be purchased from content providers, including comiXology, iBooks, Google Play, and Kindle.

Fans and readers can purchase copies of THE MANY DEATHS OF LAILA STARR SC, collecting the entire five-issue series, in local comic shops on January 12, 2022 and in bookstores everywhere on January 18, 2022. 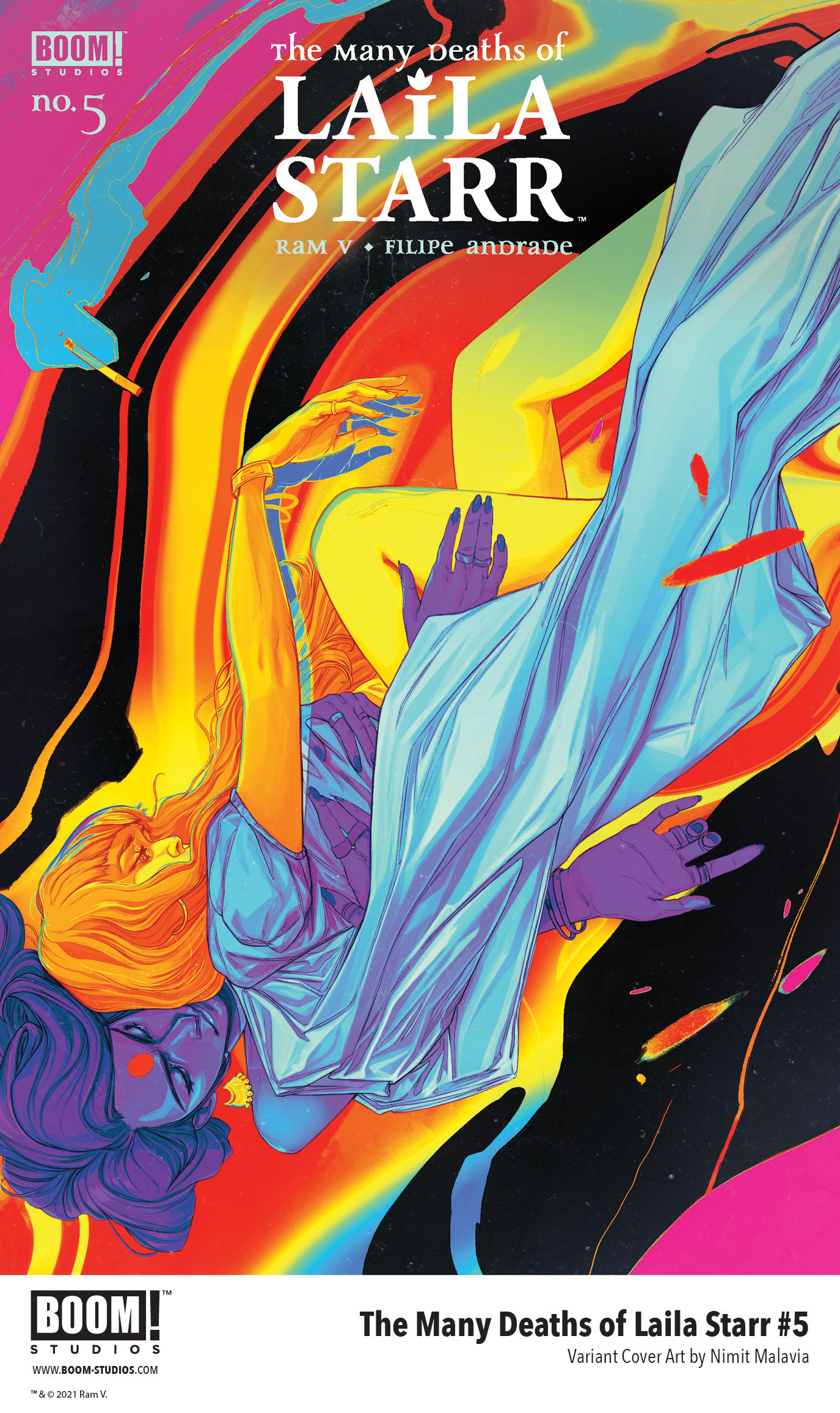 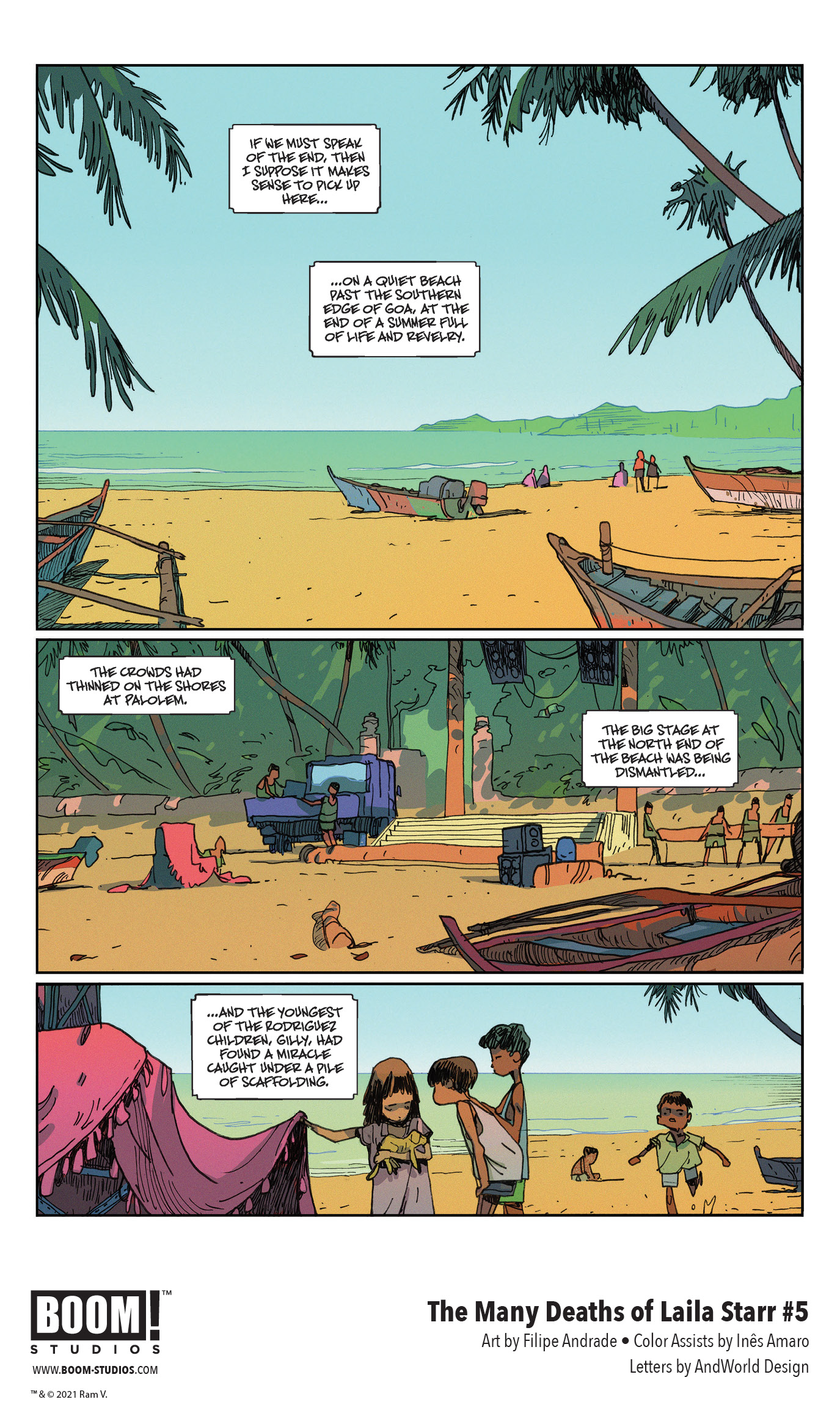 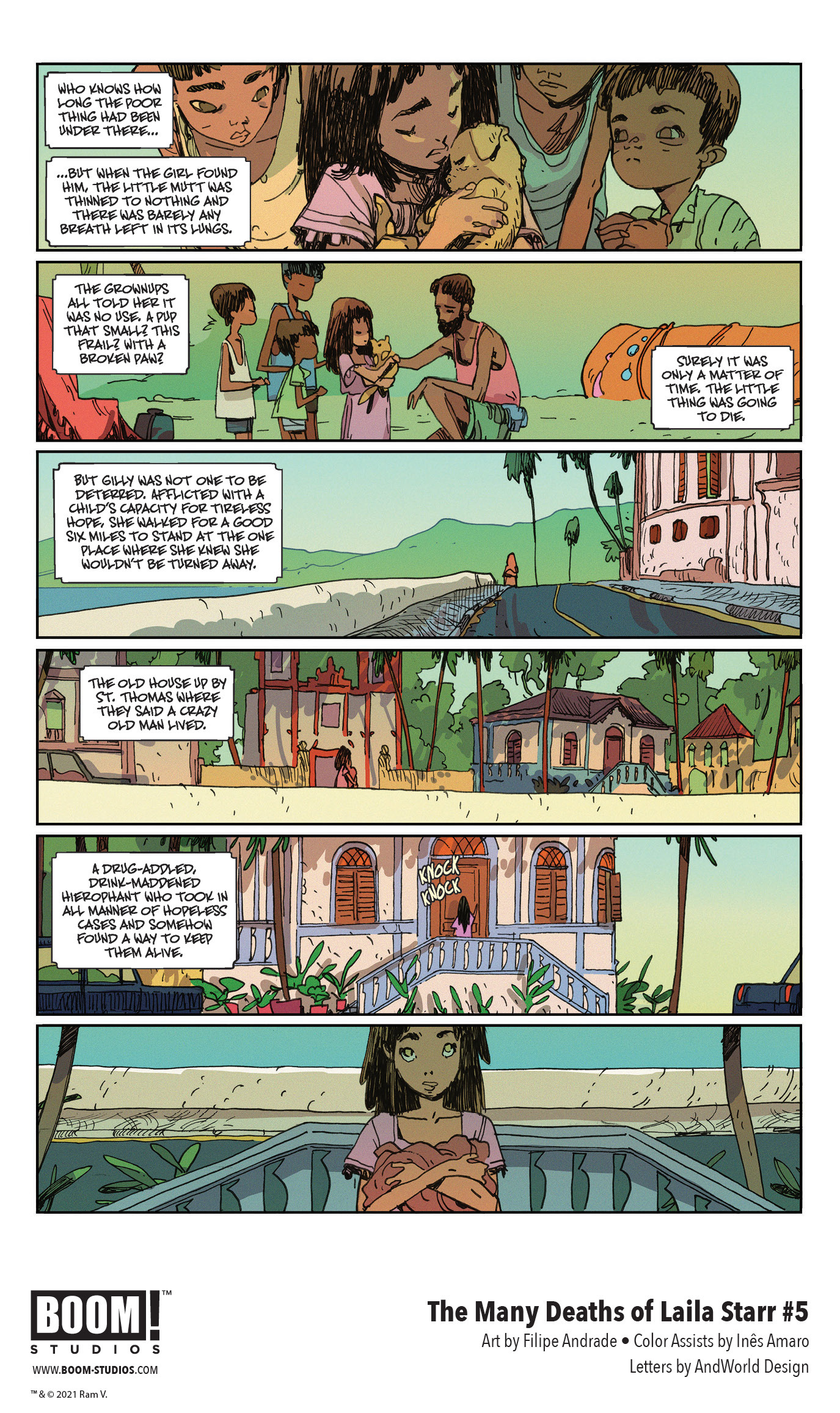 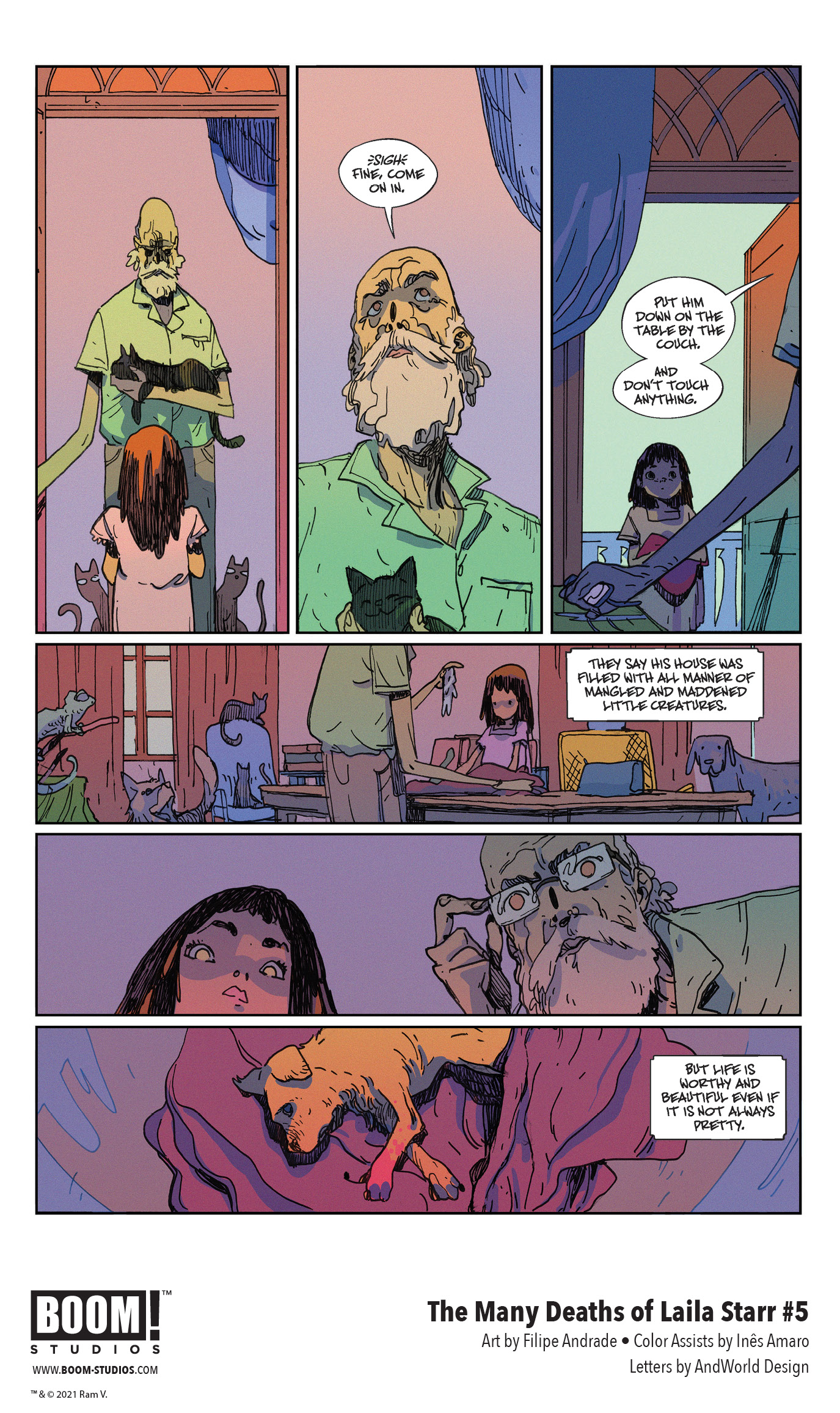 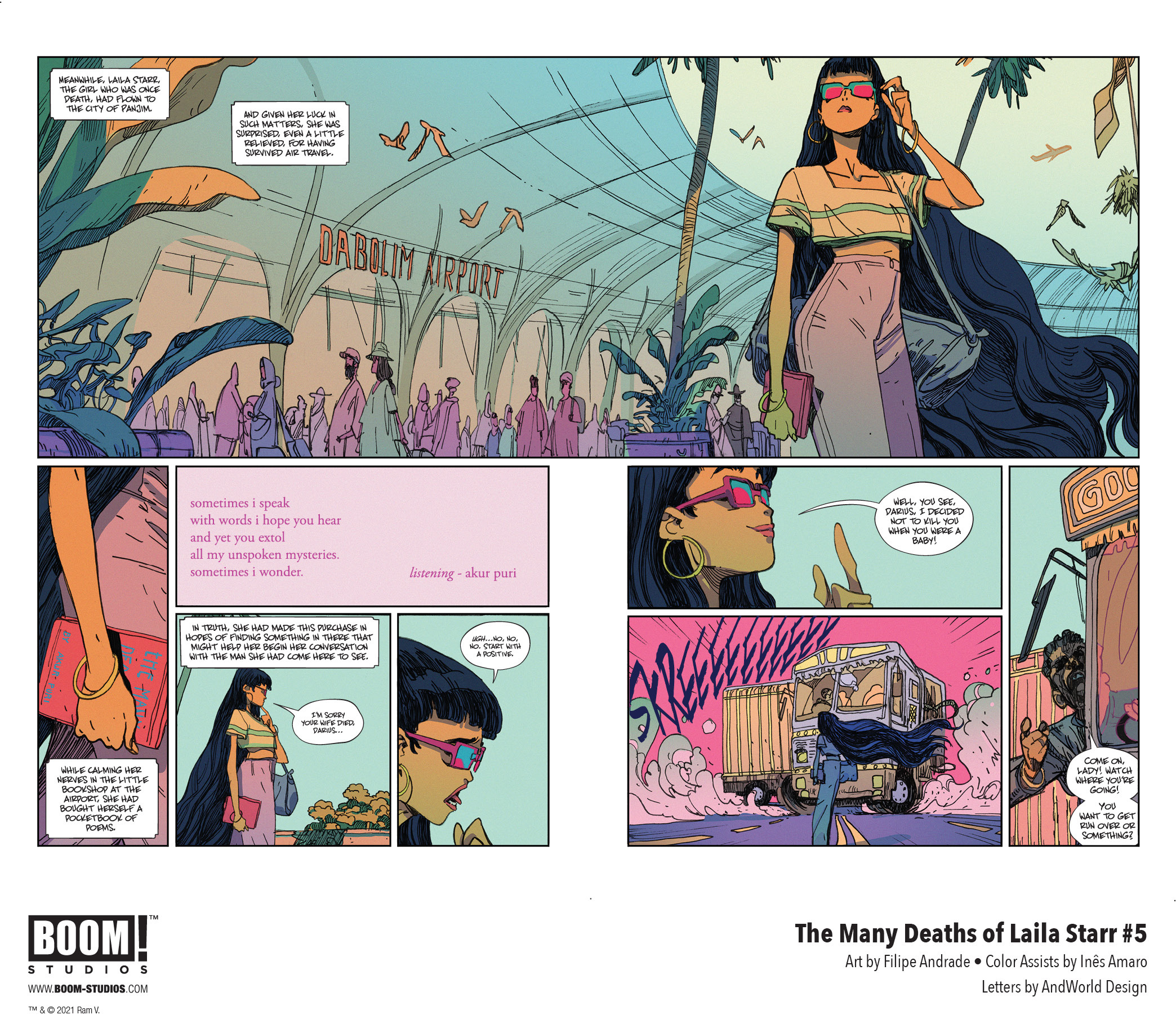