May 24 Mt. Laurel, NJ: Right ahead of the hotly anticipated debut of the third blockbustr season of The Boys on Prime Video, Dynamite and Terra Virtua announce the NFT release of the first issue of the controversial Herogasm miniseries in this innovative collectible format.

Originally released in 2009, Herogasm was one of three companion miniseries that ran alongside and wove into the core The Boys series and all combined to form the 90 issue epic saga. The story arc infamously depicts some of the most perverse debauchery that the corrupt supes get up to out of the eyes of the public. The Boys of course have a problem with this behavior and get to some punishing. Third season breakout character Soldier-Boy, played by Jensen Ackles, is also prominently featured, alongside other favorites like Homelander. Don’t miss this collectible NFT release! 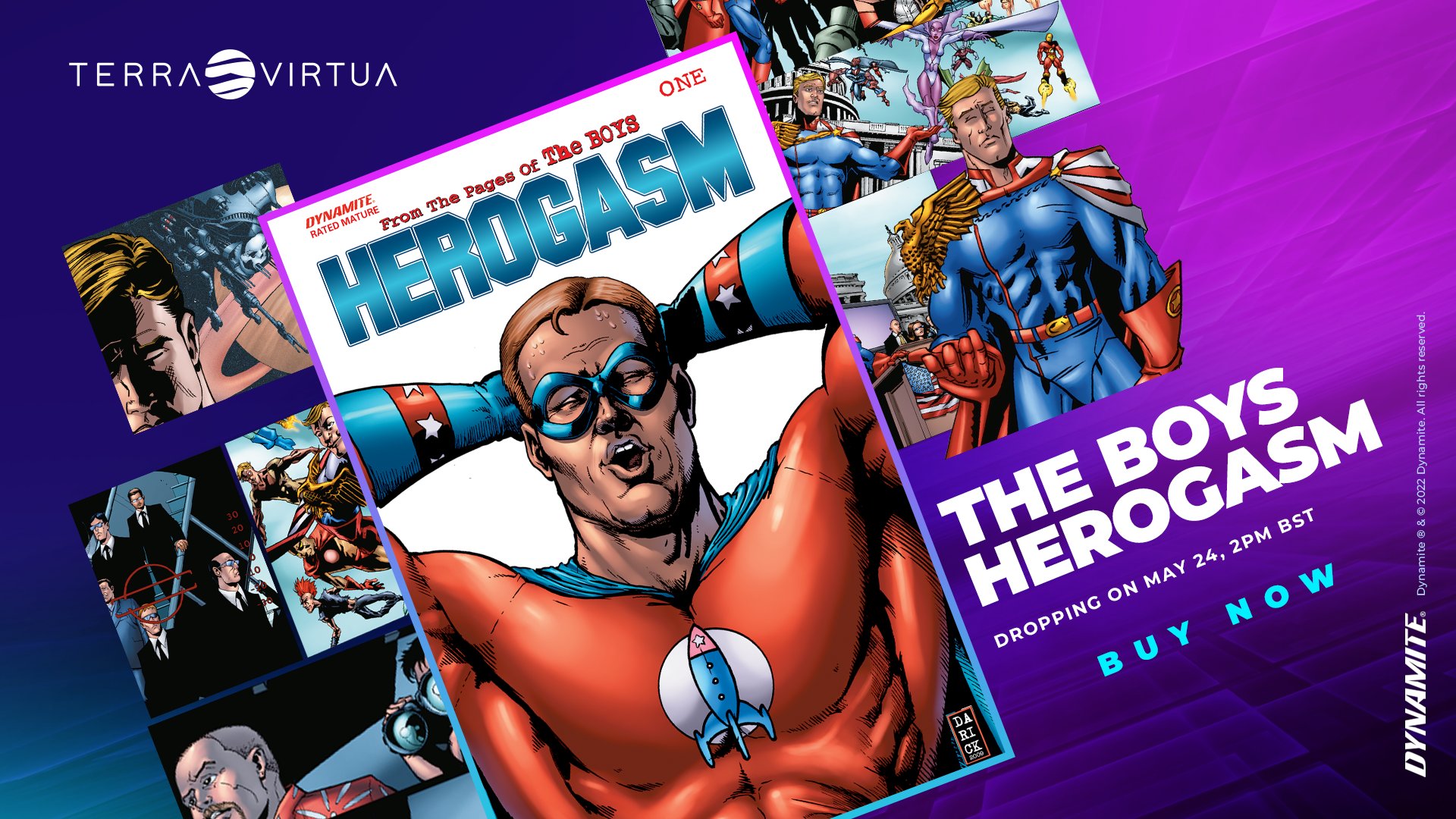