Sina Grace and Siobhan Keenan Get GHOSTED IN LA from BOOM! Studios

Discover Love, Laughter, And the Afterlife in the City of Angels this July 2019 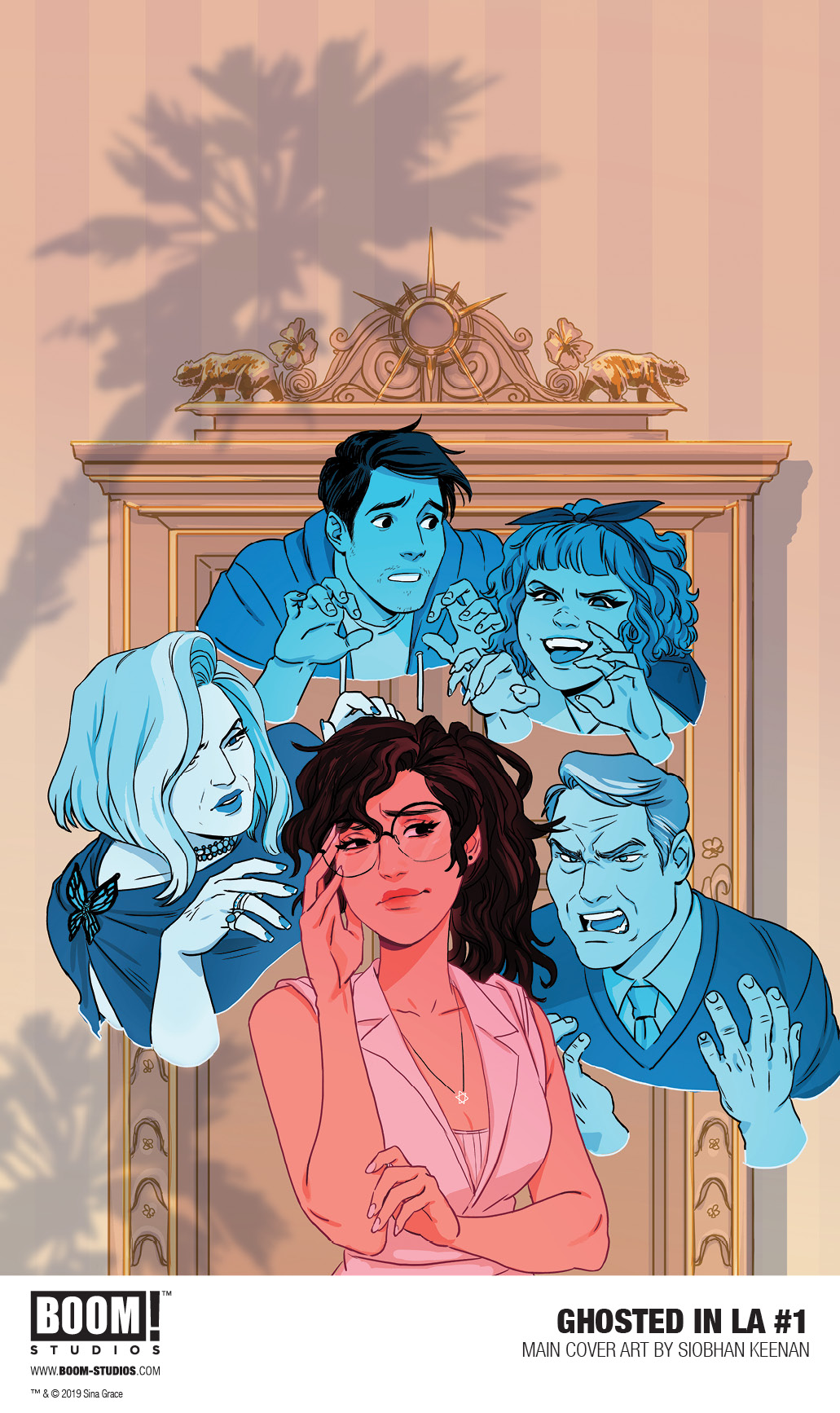 Daphne Walters moved to Los Angeles following the love of her life…or so she thought. Rudely awakened from her happily-ever-after, she finds herself suddenly both out of a place to live and without a reason for being thousands of miles from home. In the midst of her heartbreak, she makes her way to Rycroft Manor, a derelict apartment complex that isn’t as abandoned as it seemed. It turns out that the Manor isn’t just packed with mid-century charm . . .  it’s also teeming with lovesick ghosts! Daphne might need to crash on this haunted couch for a while, but having supernatural roommates might be more than she bargained for.

Sina Grace is a writer and artist living in Los Angeles, CA who has earned prestigious nominations for both the GLAAD Media Awards and the PRISM Awards. He is best known for his slice-of-life memoirs at Image Comics, including Self-Obsessed and Nothing Lasts Forever; the landmark reimagining of Jughead’s Time Police at Archie Comics; and the critically-acclaimed Iceman series at Marvel Entertainment. Grace has illustrated variant covers for BOOM! Studios’ Mighty Morphin Power Rangers, as well as both writing & illustrating one of the comic book stories celebrating the 25th anniversary of the pop culture phenomenon in 2018. Grace will also be a co-writer for Saban’s Go Go Power Rangers, starting with issue #21 in July 2019.

“I cannot stress how truly, utterly, unbelievably excited I am for GHOSTED IN LA. Shannon Watters is an editor who I’ve dreamt of world-building with, and Siobhan Keenan was the first person I thought of when considering artists to bring Daphne Walters and her spectral roommates to (un)life,” said Sina Grace, writer. “This project is an absolute dream come true. I get to mix humor, the macabre, pop culture, and provide a fresh perspective on my hometown with one of my favorite comic artists . . . the ghosts of Rycroft Manor may reside in West L.A., but me? I’m in heaven.”

Siobhan Keenan is an illustrator and comic artist living in Los Angeles, CA. Keenan has worked with writers Amber Benson and Sarah Kuhn on BOOM! Studios’ original graphic novels Clueless: Senior Year and Clueless: One Last Summer, based on the worldwide phenomenon and hit film Clueless. She has also illustrated Jem and the Holograms: IDW 20/20 as well as Jem and the Holograms: Dimensions.

“GHOSTED IN LA is a dream to work on, having helped design a full cast of endearing characters!” said artist, Siobhan Keenan. “Drawing Sina’s writing, which has so much humor and heart, is an absolute treat for me. And I’m so excited to be working with BOOM! Studios on a project based in LA, a city I adore!”

“GHOSTED IN LA is a fun and delightful rom-com about the things that haunt us long after they’ve disappeared from our lives, like exes and awkward moments, but also about how we move past them to live our best lives,” said Shannon Watters, Senior Editor, BOOM! Studios. “Sina and Siobhan really capture the feel of living in Los Angeles where everyone comes to bring their dreams to life, no matter how difficult or impossible they may seem.”

Print copies of GHOSTED IN LA #1 will be available for sale July 10, 2019 exclusively at local comic book shops (use comicshoplocator.com to find the nearest one). Digital copies can be purchased from content providers, including comiXology, iBooks, Google Play, and the BOOM! Studios app.

For more on GHOSTED IN LA and other projects from BOOM! Studios, stay tuned to to www.boom-studios.com and follow @boomstudios on Twitter. 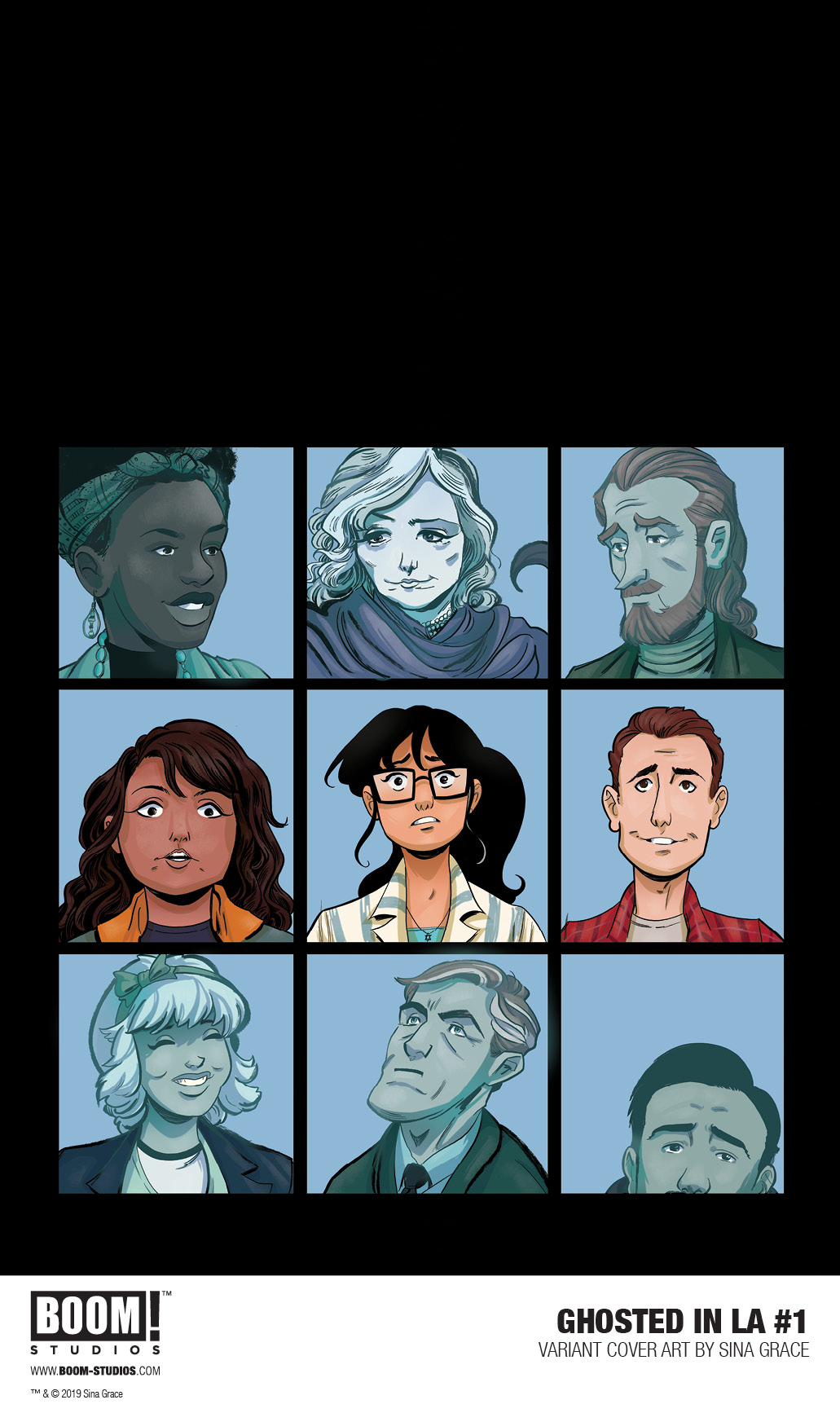