The Road To San Diego Announcement #6: Discover There’s More To The Shore in December 2018 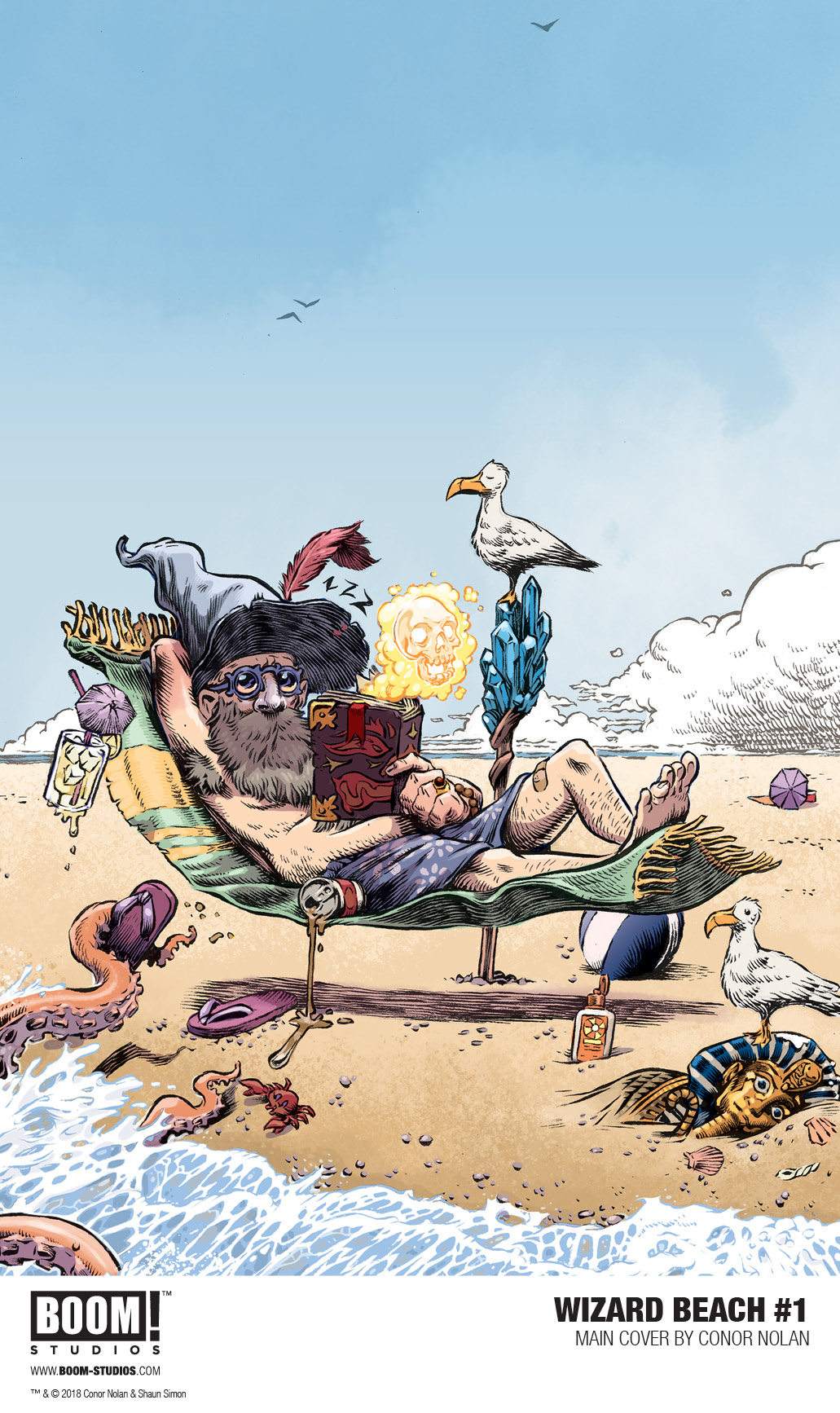 LOS ANGELES, CA (July 10, 2018) – BOOM! Studios is proud to continue The Road to San Diego, a ten-day spotlight on the most exciting comic book and graphic novel news in advance of Comic Con International in San Diego (July 18-22) with the announcement of WIZARD BEACH #1, kicking off a new five-issue limited series in December 2018 from writer Shaun Simon (The True Lives of the Fabulous Killjoys) and Conor Nolan (Jim Henson’s The Storyteller: Giants).

Wizards exist. As do witches and frost giants and an array of magical creatures. But they were hidden from view until a few found themselves weary of the ice-capped mountains and made their way to the beach. Now wizards are part of the norm, and all they want to do is relax. When Hexley Daggard Ragbottom, a young wizard, wants to put an end to the frost of his homeland, he seeks out his Uncle Salazar, the greatest wizard of all time. But Uncle “Sally” has other plans. Namely napping.

“WIZARD BEACH is about leaving the cold, unrelenting, and dreary life in the mountains for a stress free and relaxing life on the beach. The book doesn’t take itself too seriously, something our main character, Hexley Daggard Ragbottom does when he arrives at the beach,” said Shaun Simon. “With hopes to learn scholarly magic from his uncle, Hex leaves his old life behind. But when the humorless and rigid boy finds his Uncle Salazar lounging on the beach Hex will either learn to let go of his old ways and chill out or live a miserable, high strung life. For me, like the premise of the book, WIZARD BEACH is me letting go of what I thought I should be writing and learning that’s it’s ok to write what I want—to let my guard down and have fun and be funny along the way.”

“WIZARD BEACH asks the question, ‘Where does the magical world go to vacation?’” said Conor Nolan. “The answer lies within our story as we navigate the strange new home of our protagonist, Hexley. The journey will entail copious amounts of ridiculous magic, sun baked high adventure, and possibly a basilisk under the boardwalk. Shaun and I have been building this world for some time, and hope that each issue will be a day at the beach for readers.”

“WIZARD BEACH is an upbeat family drama that, behind the humor and hijinks, provides a satirical look at global warming and how to happily exist in an ever-shrinking, high-stressed planet,” said Sierra Hahn, Executive Editor, BOOM! Studios. “The beach is an obvious cure-all for what ails ya! Or so we hope…”

Print copies of WIZARD BEACH #1 will be available for sale in December 2018 at local comic book shops (use comicshoplocator.com to find the nearest one) or at the BOOM! Studios webstore. Digital copies can be purchased from content providers, including comiXology, iBooks, Google Play, and the BOOM! Studios app.

For continuing news on WIZARD BEACH and more from BOOM! Studios’ The Road To San Diego, stay tuned to  www.boom-studios.com and follow @boomstudios on Twitter. 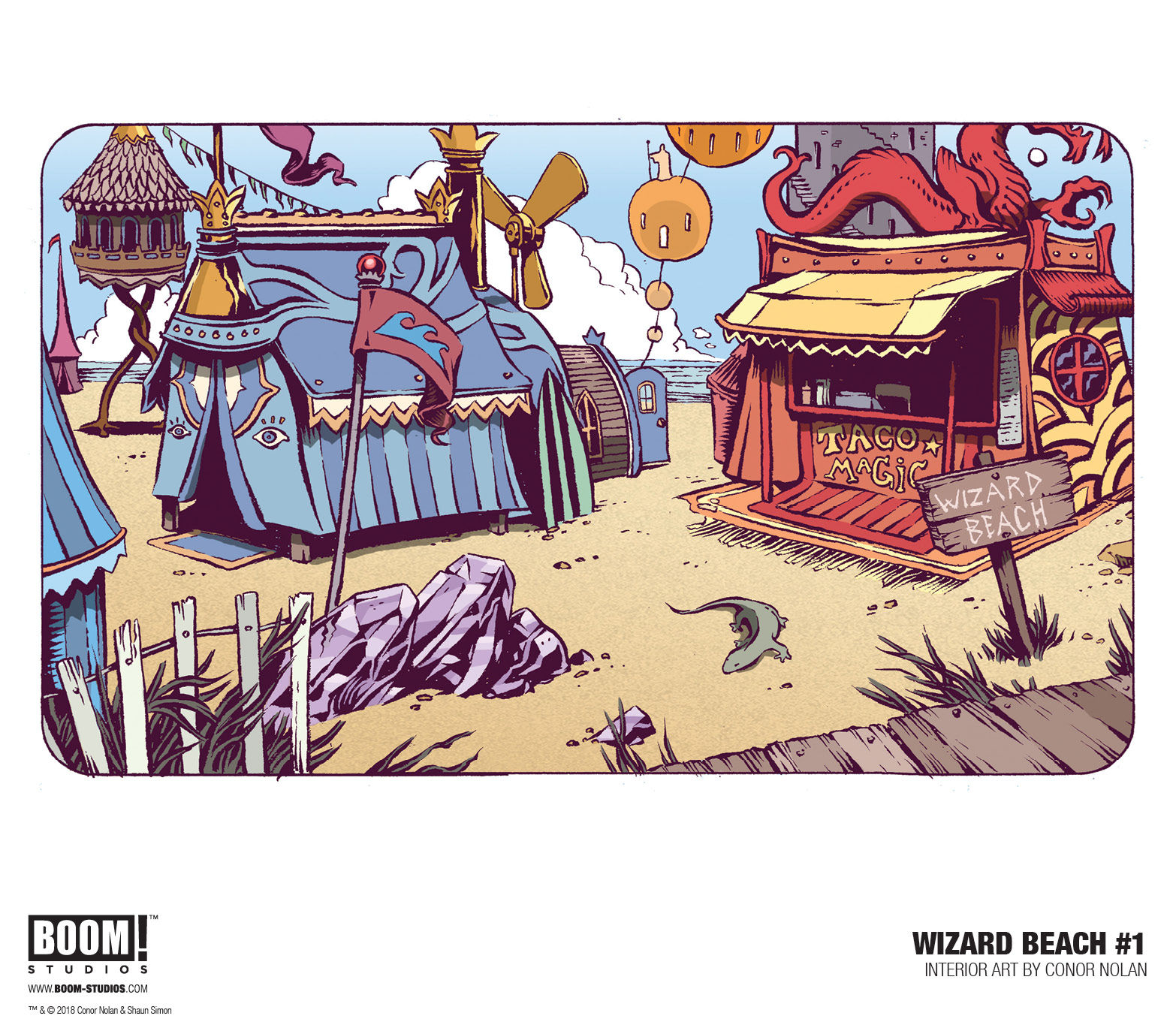 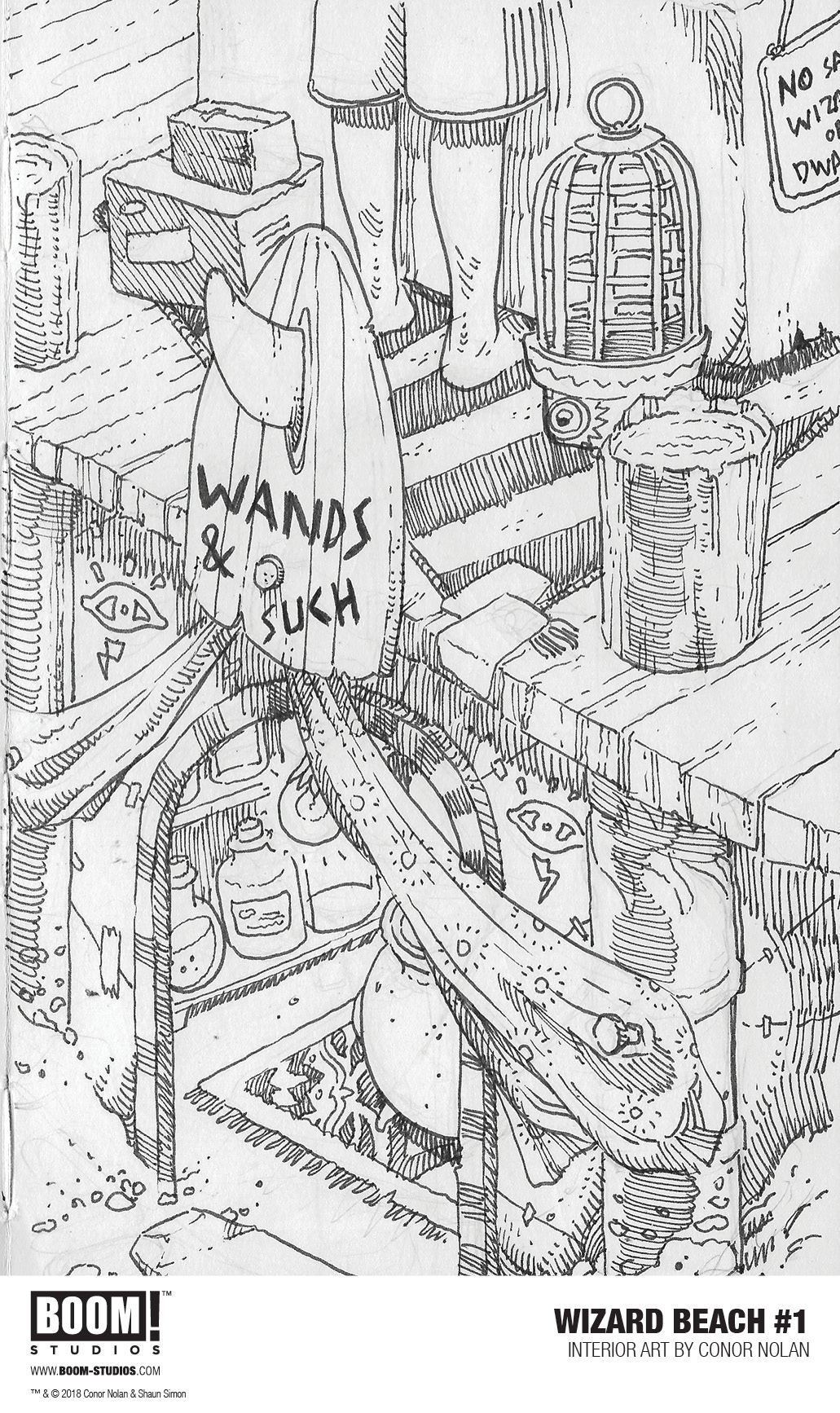 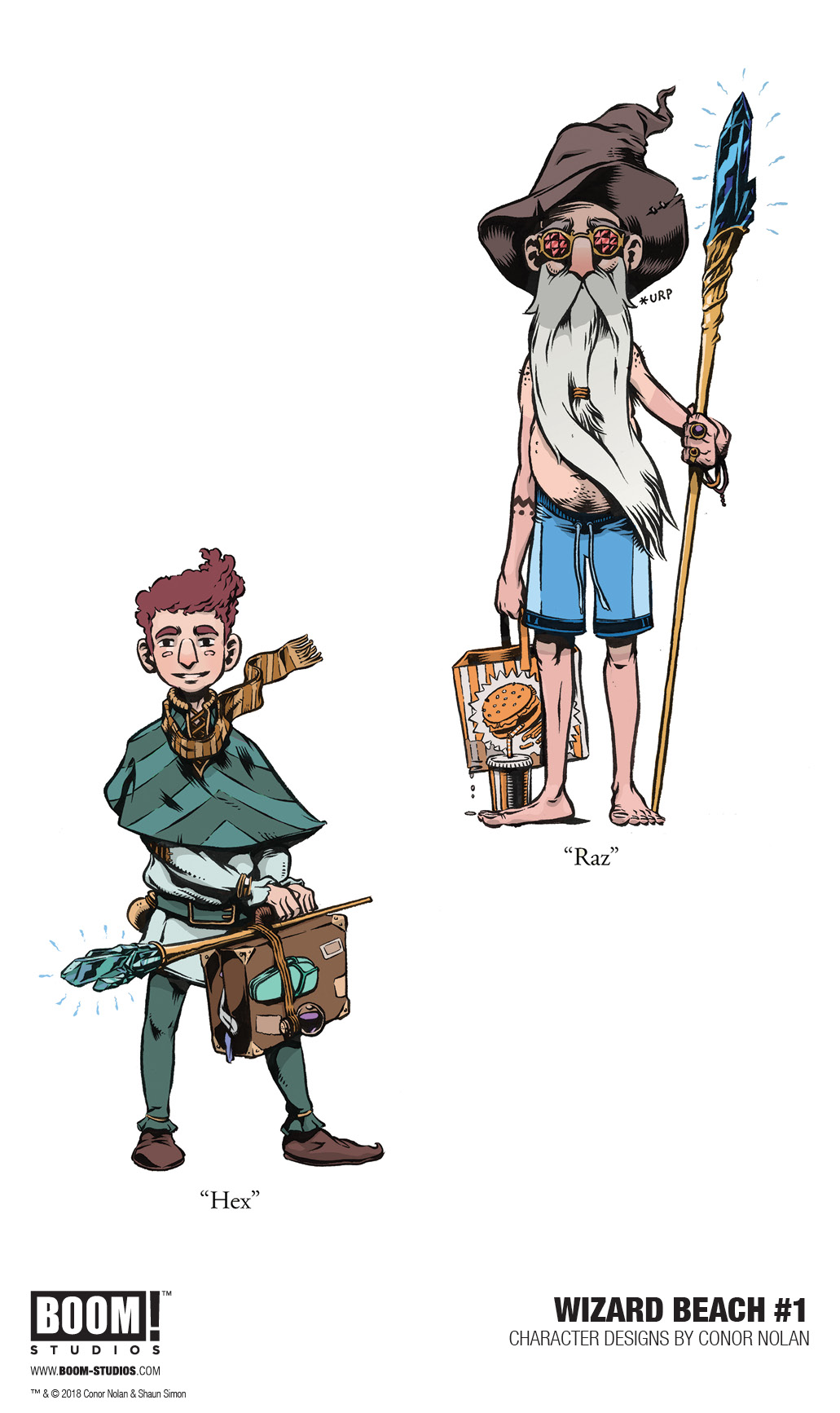 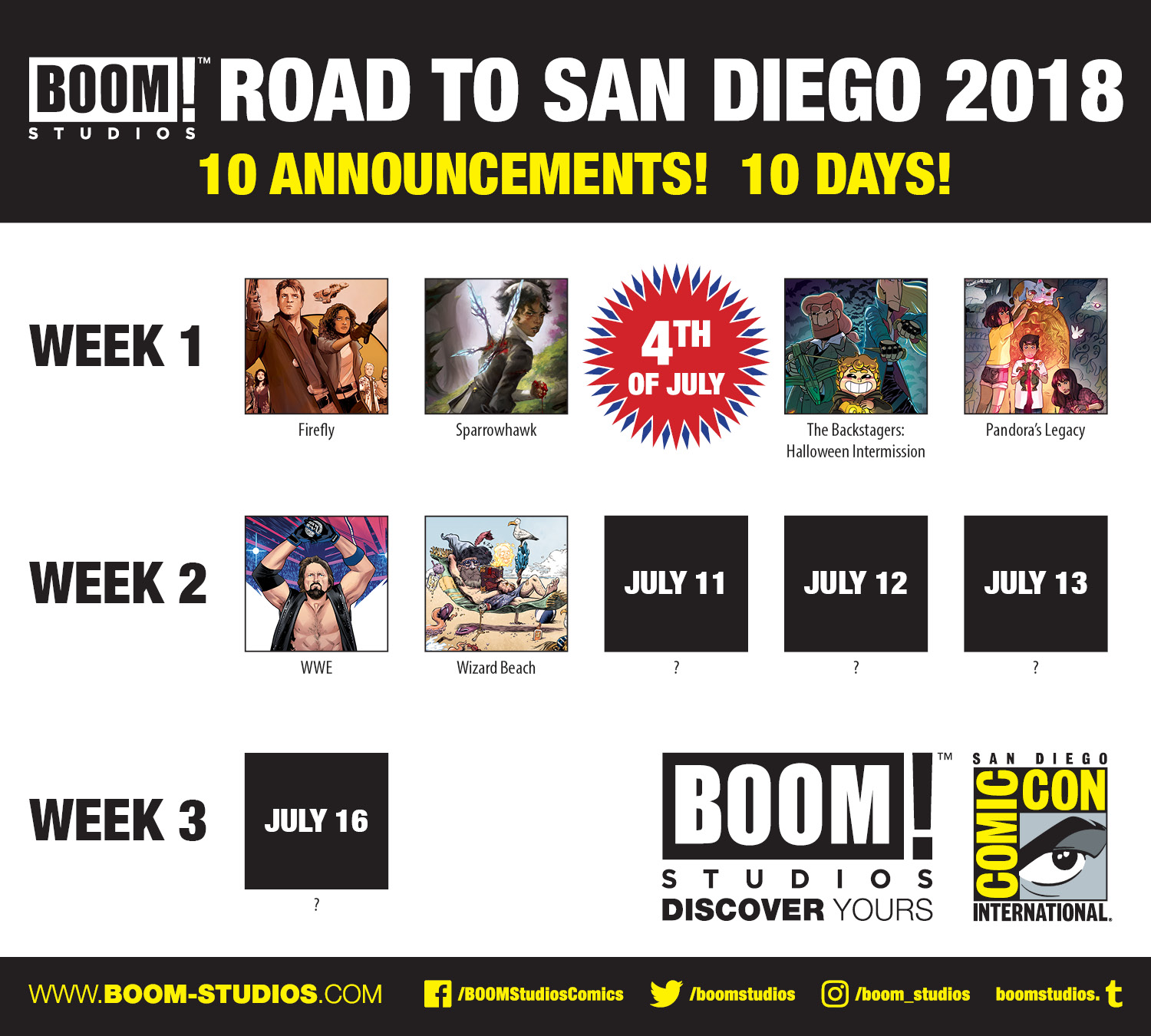