All Star Creative Team Presents a Comic Book Series About Life After Humans with BOOM! Studios 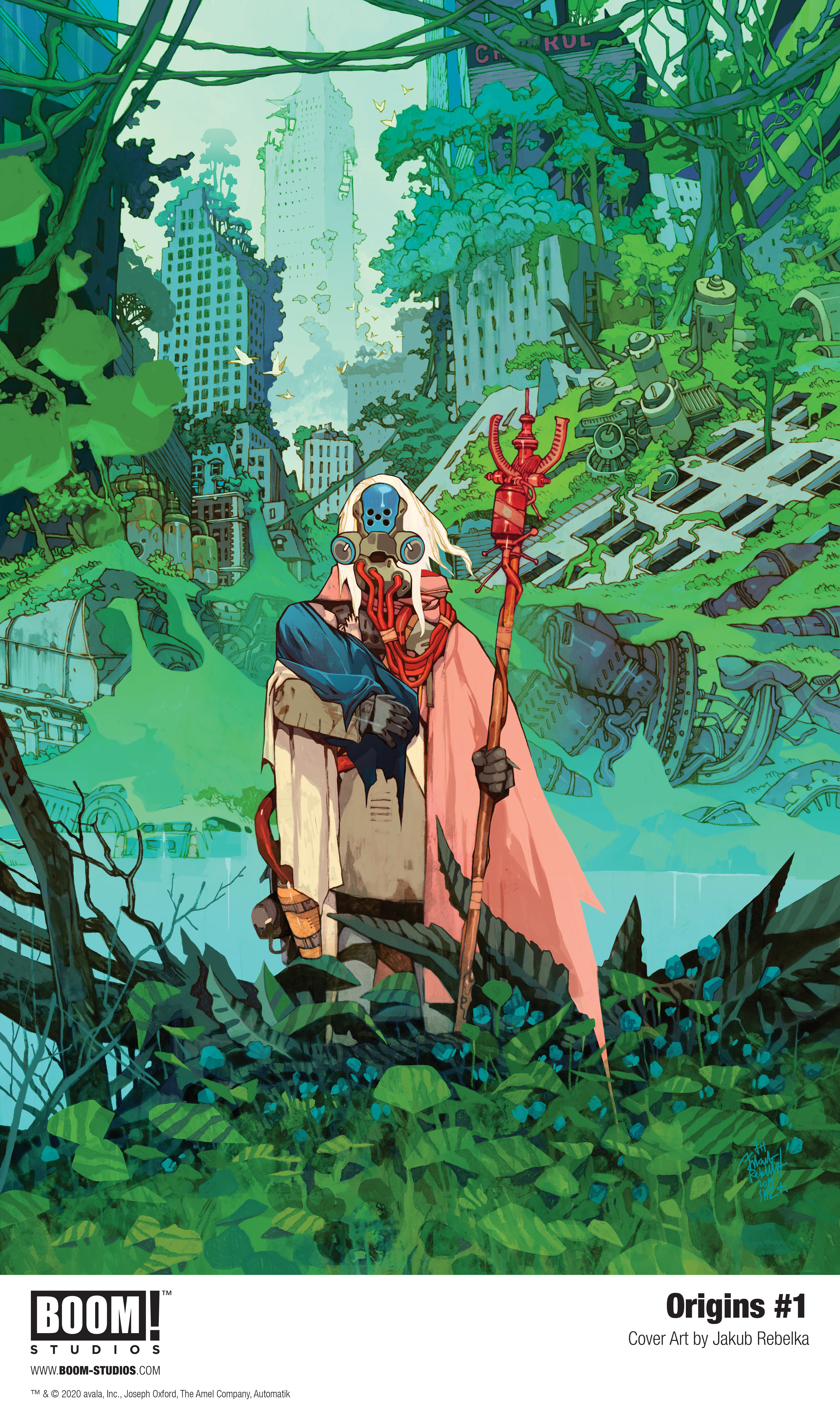 One thousand years after humans have gone extinct and artificial intelligence has taken over the world, a single man is brought back to life—David Adams, the genius whose technology was responsible for the destruction of his species, and who has been given a second chance at life in order to save mankind and undo his biggest mistake.

But even with the help of Chloe, his first creation and the android that revived him, he may not be enough to reignite the spark of humanity or stop the AI overlords who plan to eliminate the last hope for mankind. David and Chloe must embark on the greatest journey of their lives, as he seeks to find redemption and discover if humanity can – or should – have any kind of future.

“ORIGINS has everything a sci-fi fan could want – a distant future run by AI run amok but also a beautiful dystopian world where the line separating life from death is tenuous at best. It’s a fight for survival, and it’ll keep you guessing who’ll win until the very end.” said Dafna Pleban, Senior Editor, BOOM! Studios. “This is an epic story that we couldn’t wait to get in the hands of sci-fi fans and readers everywhere so we’re very excited to be launching the series in November with a first issue you won’t want to miss.”

ORIGINS is the newest release from BOOM! Studios’ eponymous imprint, home to critically acclaimed original series, including Once & Future by Kieron Gillen and Dan Mora; Faithless by Brian Azzarello and Maria Llovet; Something is Killing the Children by James Tynion IV and Werther Dell’Edera; The Red Mother by Jeremy Haun and Danny Luckert; Alienated by Simon Spurrier and Chris Wildgoose; King of Nowhere by W. Maxwell Prince and Tyler Jenkins; Seven Secrets by Tom Taylor and Daniele Di Nicuolo; and We Only Find Them When They’re Dead by Al Ewing and Simone Di Meo. The imprint also publishes popular licensed properties including Joss Whedon’s Firefly from Greg Pak and Dan McDaid; Buffy the Vampire Slayerfrom Jordie Bellaire and David López; and Mighty Morphin Power Rangers from Ryan Parrott and Daniele Di Nicuolo.

ORIGINS #1 features main and variant cover art by Rebelka. Fans who attend the BOOM! Studios Discover Yours Panel on Sunday, 7/26/20 at 11:00 AM PT on the Comic-Con@Home website will get a very special preview of upcoming BOOM! Studios series as well as behind-the-scenes details and not-to-be missed surprises! More details at www.comic-con.org/.

Print copies of ORIGINS #1 will be available for sale in November 2020 at local comic book shops (use comicshoplocator.com to find the nearest one) or at the BOOM! Studios webstore. Digital copies can be purchased from content providers, including comiXology, iBooks, Google Play, and Madefire.

For continuing news on ORIGINS and more from BOOM! Studios, stay tuned to www.boom-studios.com and follow @boomstudios on Twitter. 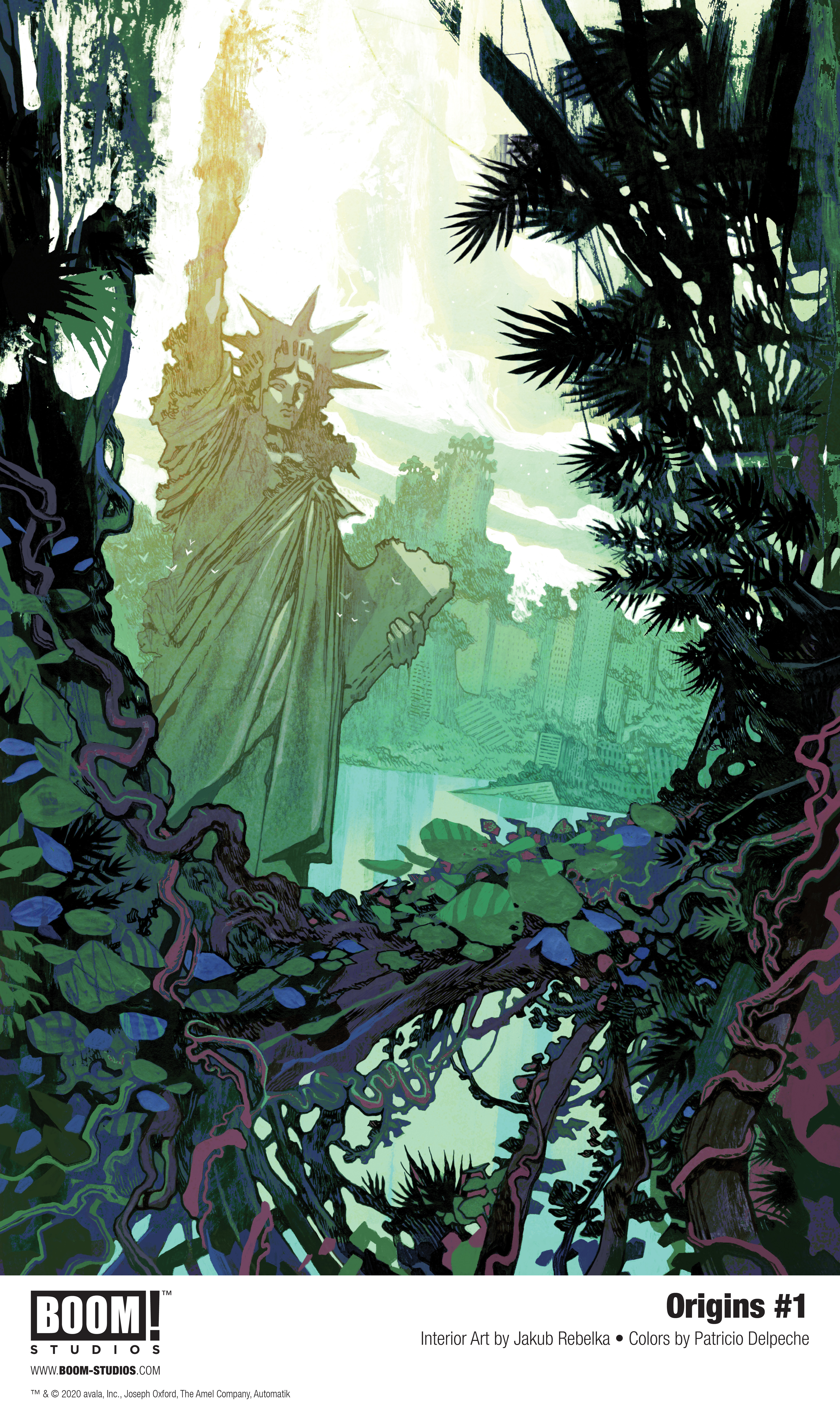 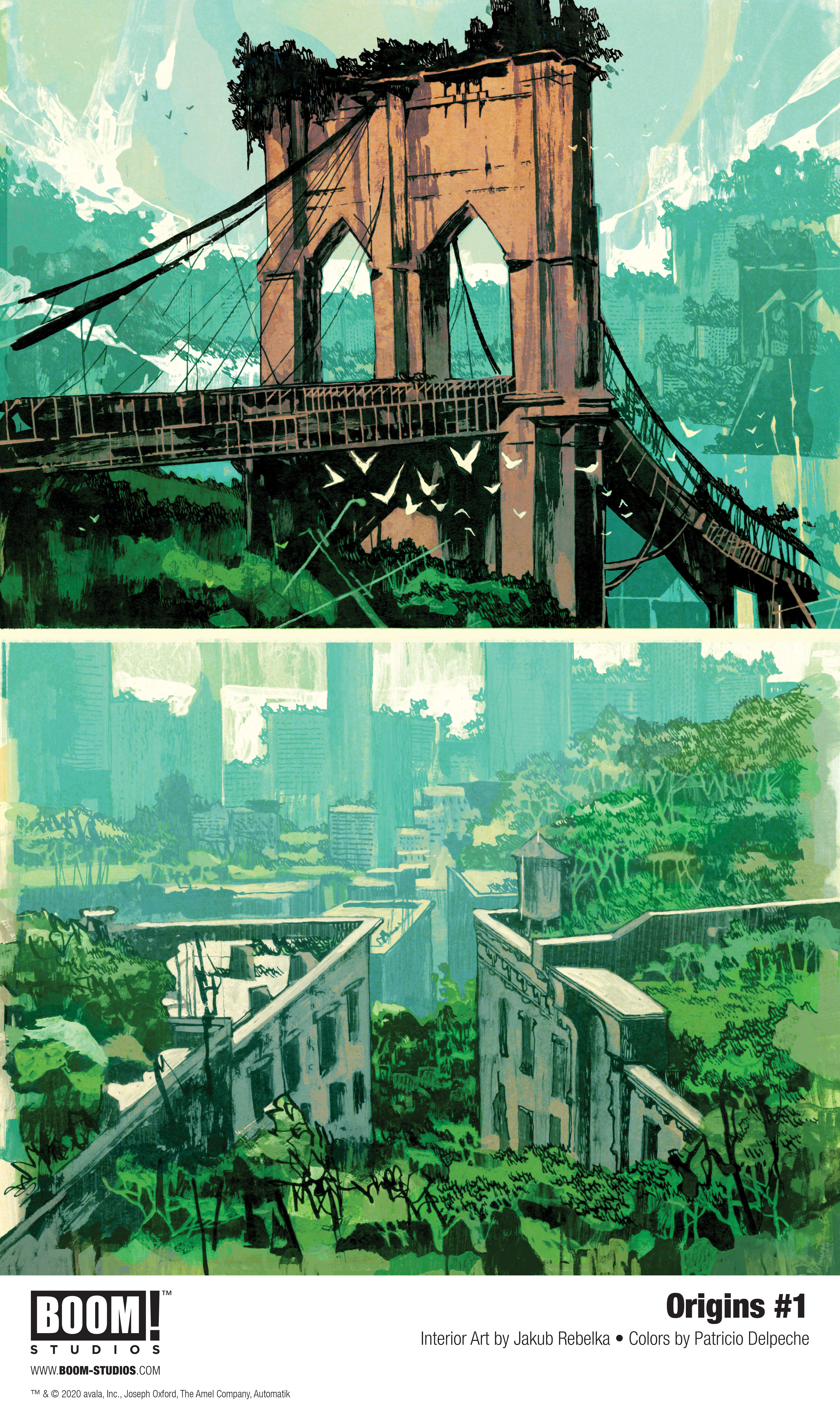 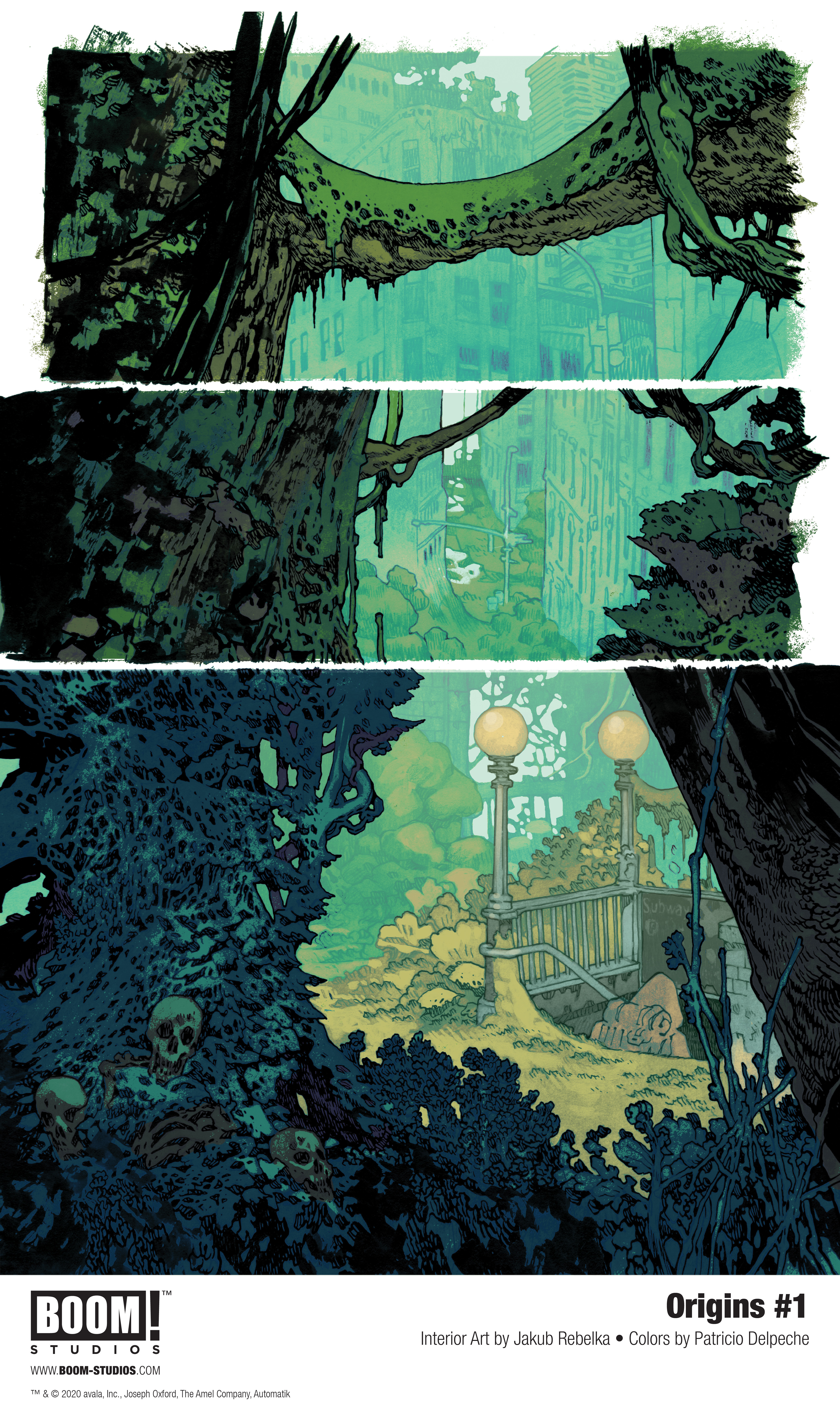 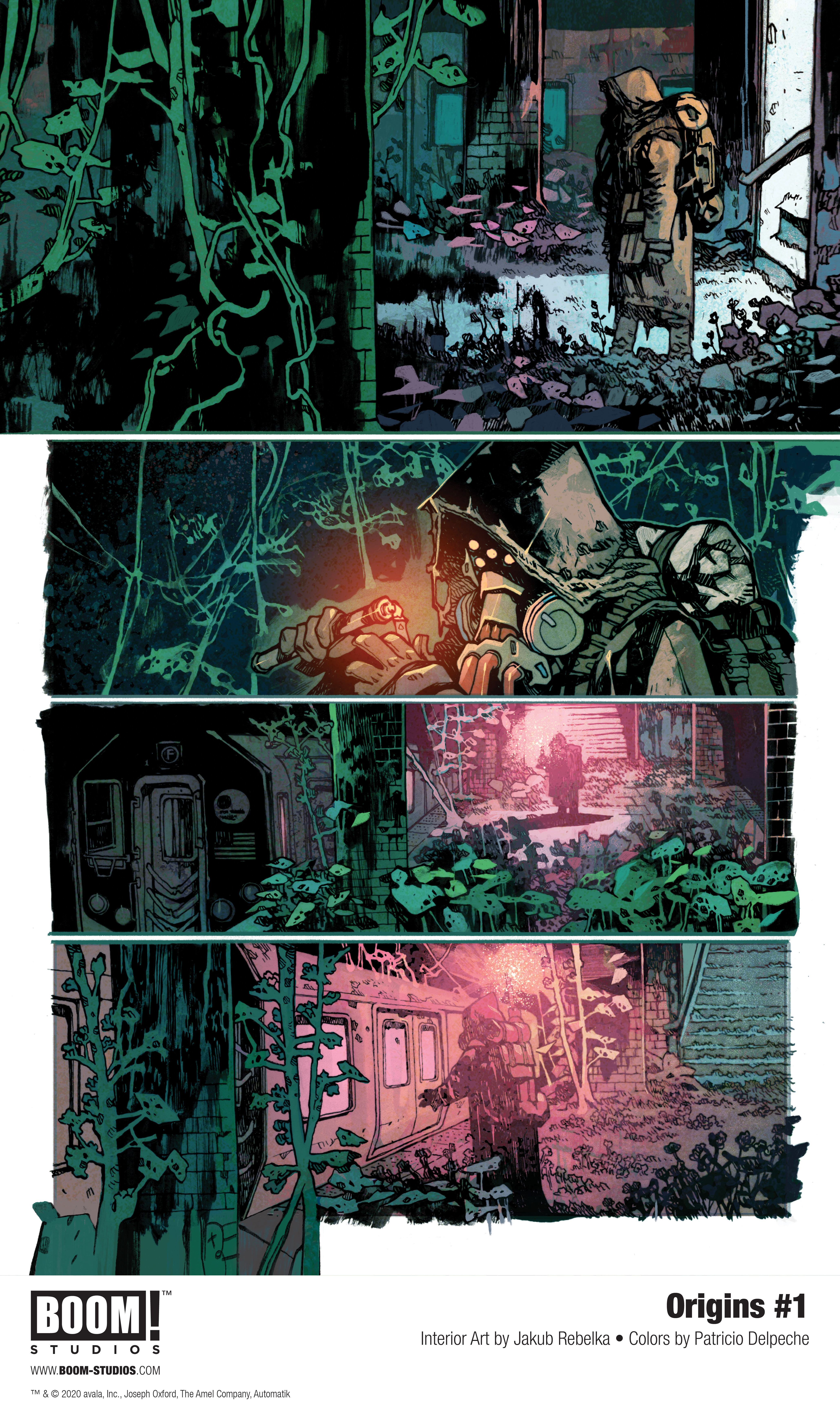 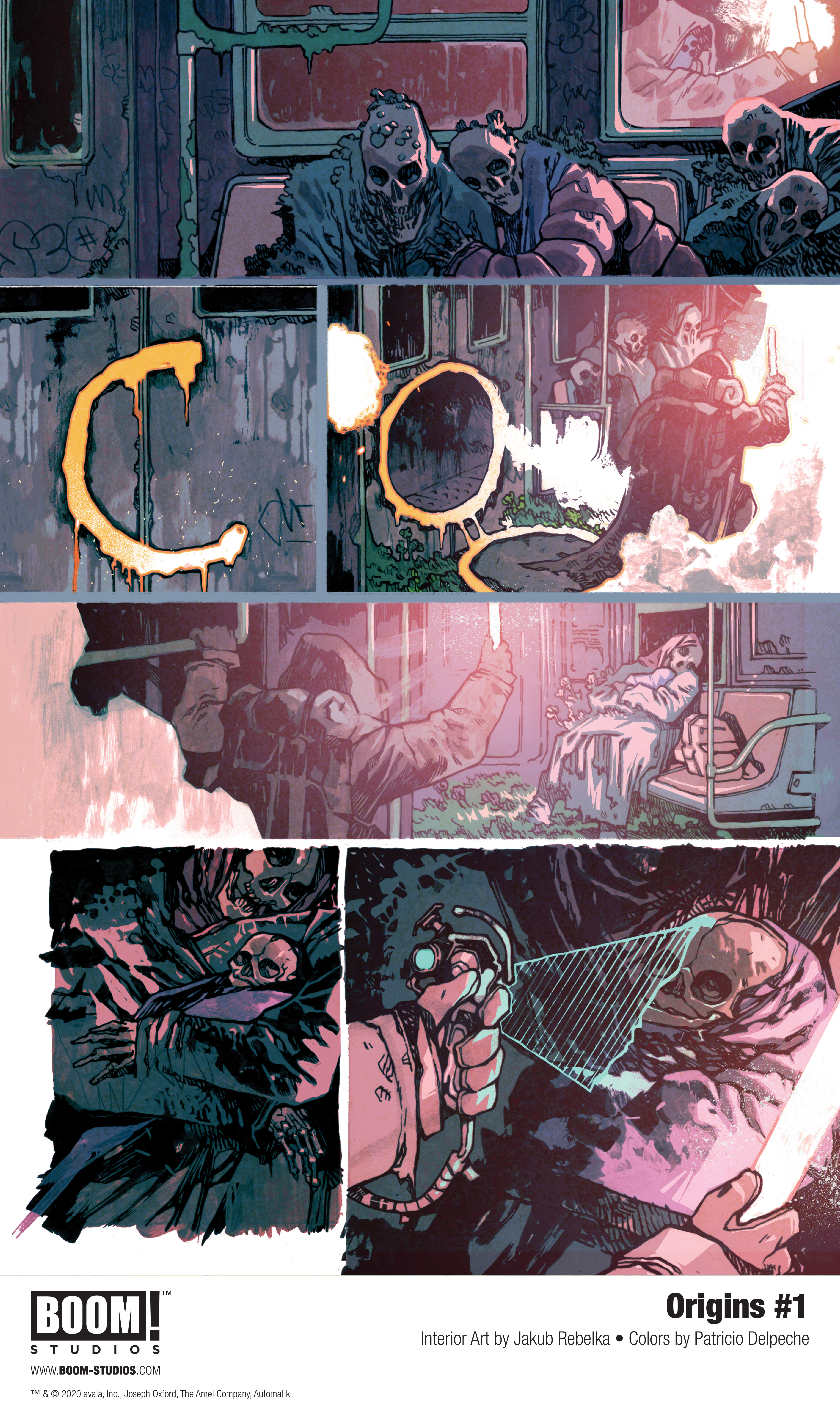