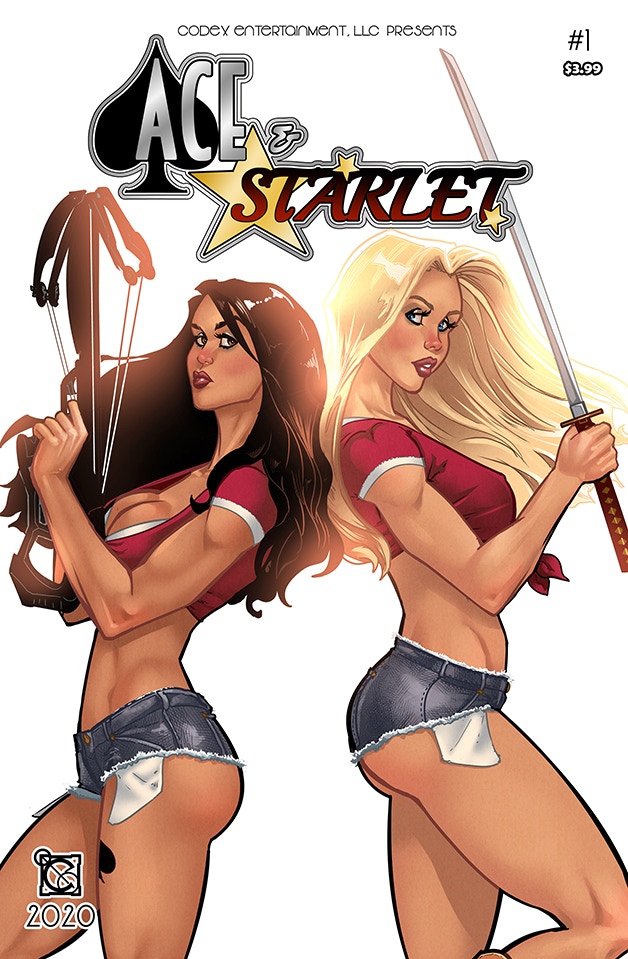 April 11, 2020 – Austin, Texas, Luis E. Torres, writer/creator of the Whispers In Necropolis series and the popular Lili the Demoness series is proudly announcing the success of his almost ending new project: Ace & Starlet #1.

Ace & Starlet follows two sexy and sassy demon slayers that have been stationed under the rouse of a fast food facility.
The issue begins with the head office issuing a relocation order to the duo to none other than Grimsmont City. Which happens to be the same city Lili the Demoness and Whispers in Necropolis takes place. Do I see a crossover in the future?

This 24 page story publication has an all-star team with some familiar names in the Codex Entertainment llc family as well as some new one.
Available for pre-order in SEVEN cover variations, which includes Codex Ent’s first ever cosplay variant cover from SuperHeroes Unlimited. This variant features the gorgeous Sappire Nova, known for her role as Lady Death, and introduces the beautiful GoingMadi to the cosplay scene.
The campaign reached its goal within the first six hours of going live and is currently sitting at its first unlocked stretch goal, out of five. From giant playing cards to coasters and stickers; these items will be shipped out to the qualified reward tiers in addition to their pledge items.