One of the most famous lion prides in Africa – the Marsh Pride of Kenya’s Masai Mara. As the story begins, the Marsh pride is in a unique situation in their history. They have been abandoned by all of the adult males who – until now – defended the pride. Just two adult females are left to feed and protect their eight youngsters. The future of the whole family rests entirely on the shoulders of these two mothers, Charm and her cousin Sienna. They need to raise their cubs to adulthood if this great dynasty is to continue. They and their cubs will face the great perils of the African savanna – raging herds of buffalo, rival lion prides, the constant menace of marauding hyenas. And, in a fateful turn of events, a clash with humanity. An extraordinary story of leadership against all odds.

Run Time: 59 min, 36 sec
Rating: 4 out of 5 stars
Website: www.bbcamerica.com
Comments: The close up shots are amazing they make you feel as if you are standing right beside the lions. Two female lions are looking after their pride.
Hyenas are a natural enemy of the lions here and in enough numbers can prove deadly to a lion.
As you watch the lionesses stalking their prey you anticipate the attack. Charm shows her leadership watching out for the others.
You will learn so much watching this video. The camera work is stunning in showing these animals in their natural habitat.
These videos show that lions are not a vicious killing animal, they kill to survive, for food or protecting themselves. They look so cute here like a large pussy cat you just want to pet. They are wild though so do not pet them.
W get a look at the crew as they worked on creating this amazing documentary. It takes a long time and they do work very hard to create this amazing documentary to inform others. You will know so much more about lions after watching this. 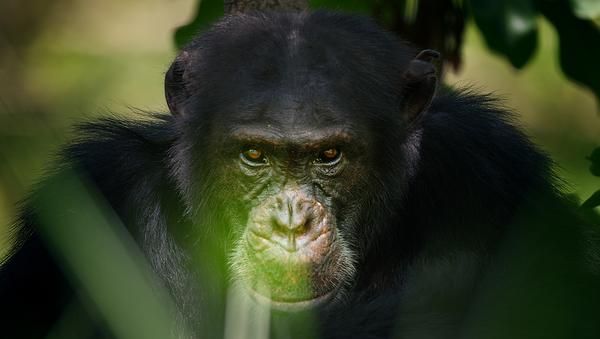 In Senegal, West Africa, lives a group of chimpanzees led by an alpha male known as David. We join his story when he’s been alpha for three years. Males don’t usually rule here for longer than this – they get overthrown. To make matters worse, David has no allies to help him defend his leadership. The dry season is setting in, meaning food and water are becoming scarce. The group is forced to stick close together to survive. David is now surrounded by rivals who all want his crown, and are prepared to kill him for it. David will face brutal battles, have his world engulfed in flames and will have to pull off an extraordinary act of deception. Can he overcome the threats to his leadership and hold on to the alpha position long enough to sire a possible future heir to his throne? This is a story of power, politics and the fight for survival.

Run Time: 58 min, 51 sec
Rating: 4 out of 5 stars
Website: www.bbcamerica.com
Comments: The narrator’s voice is wonderful to hear. The scenery and animals are amazing. The video is stunning as it brings these animals into your home. This episode brings you up close and personal with the animals featured.
David the leader of a group of chimpanzee’s is shown in his natural habitat. The more you watch this the better it gets. At times David looks like he is looking right at you. David has to fight for his right to lead.
You will learn so much as you watch this. It is entertaining as well. It is like you are right there with them.
We see the power struggles within the tribe. Luther wants David’s position.
The mating process is a part of the leadership one as both are entwined. For the Alpha male mating and having children is a sure sign of being a strong leader. You have to earn the right to mate.
The chimpanzee’s as you watch them display many human characteristics.
The Dynasty crew is shown and how hard it was to make this documentary. It must be hard at times to just watch and not interfere or help.
Chimpanzees are an amazing animal that you are sure to love watching in its natural habitat.

Raj Bhera lives in Bandhavgarh Tiger Reserve in India. She holds the perfect tiger territory; with dense jungle, spring-fed ponds and rich grasslands teeming with prey. And now, this powerful tigress has four tiny newborn cubs to care for. They are the future of her dynasty. But the idyllic world that she inhabits is changing. Rival tigers, seeking their own territory, are encroaching on her hunting lands. One in particular, her adult daughter Solo, is challenging Raj Bhera in the heart of her territory. She must fight to retain control of these hunting grounds while continuing to feed and protect her growing cubs. But Solo’s persistence puts pressure on the whole family until Raj Bhera makes a decision that could end her life, and her dynasty, forever.

Run Time: 57 min, 57 sec
Rating: 4 out of 5 stars
Website: www.bbcamerica.com
Comments: Raj Bhera a tigress is a new mother. Her daughter and sons are cute.
We look at the tigers natural habitat. We watch as she goes on a hunt. In these documentaries we delve into all the aspects of the animals and here it is a tiger. The videos are amazing and they take you in so close. We watch as the cubs start to grow up. The cubs through play learn how to eventually kill.
Food becomes the main concern for the tigers. They do grow and feed.
Raj Bhera is a wonderful mother to her children.
We are shown the team finding the tiger and starting to follow Raj Bhera and her young. You will love this up close and personal look at a tiger family.
Tigers do have a busy life. We do see them traveling around a lot which they need to to survive, hunting and marking their territory.
Tigers are a majestic beast. 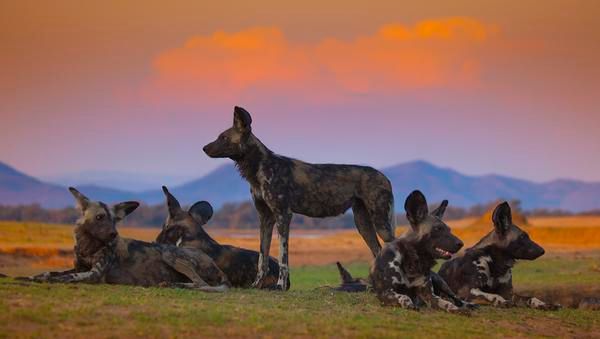 Tait is a painted wolf, matriarch of one of the last great families of this endangered animal. She has ruled her dynasty for many years on the banks of the Zambezi river in Zimbabwe, keeping the peace within her sprawling family. But tensions are rising. Tait is growing old and her power is waning. One of her daughters, Blacktip, lives close by. Her own pack is growing fast and they are running out of space. She urgently needs to get more territory so that her pack can catch enough food. But she has a problem. She is hemmed in on one side by human lands. There is only one way she can go to get what she needs – her own mother’s lands. Painted wolves thrive through cooperation. It is what had made this dynasty so strong, for so long. A family feud could bring it to its knees.

Run Time: 58 min, 02 sec
Rating: 4 out of 5 stars
Website: www.bbcamerica.com
Comments: Tait is part of a big pact. The pact is displaced. Which causes trouble for them.
Painted Wolves do naturally look sickly. They are hunters which we see here.
The scenery is so beautifully shown in the video. The Painted Wolves resemble dogs more than they do wolves.
The telephotography at times makes it look 3-D.  Lions are a natural enemy for these Painted Wolves. Elephants foot prints are a problem as well.
Painted Wolves do look after their own. This is a nice caring attribute. There is danger always about and they need to be careful.
You do learn so many facts that you would not know otherwise from this show. All the wildlife is so amazing to see. The crew certainly did put in a lot of work to make this a success. If your a nature lover and or animal lover to you are going to find this series so much to your liking.

A colony of emperor penguins gather in Atka Bay, on the coast of Antarctica, after three months feeding at sea. They arrive as the sea freezes over and all the other Antarctic animals have left the continent for the relative safety of the sea. The penguins have come here to raise the next generation in their emperor’s dynasty. But to do so they will have to work together to keep themselves and their chicks alive through the coming winter – the coldest and cruelest on earth.

Run Time: 57 min, 37 sec
Rating: 4 out of 5 stars
Website: www.bbcamerica.com
Comments: The frozen landscape is a wondrous sight. The way penguins stay together as a family is something to see. Both parents care for the egg the female lays it. How the male cares for the egg once he has it is a show of co-operation the likes of which you rarely see.
These emperor penguins live in an environment that is harsh. The environment does kill some of them. These creatures are fighters and mothers will do all they can to protect their young.
The Southern Lights are a sight you will want to see. It is a beautiful show.
The children, the chicks learn how to survive fast.
Penguins are majestic creatures.
The Dynasty team have lots of preparations for their work. The cold weather is something most people could not handle. Here you see just how hard it can be to be just an observer who does not interfere or help.

https://www.firstcomicsnews.com/rich-reviews-dynasties/https://www.firstcomicsnews.com/wp-content/uploads/2019/02/Dynasties-logo-600x257.pnghttps://www.firstcomicsnews.com/wp-content/uploads/2019/02/Dynasties-logo-150x64.png2019-02-21T08:19:47-08:00Richard VasseurReviewsRich Reviews
Season 1, Episode 1 - LION One of the most famous lion prides in Africa - the Marsh Pride of Kenya's Masai Mara. As the story begins, the Marsh pride is in a unique situation in their history. They have been abandoned by all of the adult males who -...
Richard VasseurRichard.Vasseur@firstcomicsnews.comAuthorRichard Vasseur is a Canadian who has had a love of comic books his entire life. I started out as just a fan reading comics every chance I had. This evolved into writing reviews for a small newsletter which evolved into having my own column at Jazma Online and doing interviews. I also worked briefly as a columnist at Comic's Buyers Guide. Everyday I am involved with doing something comic book related and I love the hobby.First Comics News