Every season is a dizzying, smart, dangerous, unexpected (for us, not the people involved) and a fun adventure that explores a different genre. Season one was about time travel with body-swapping, and this season involves an injection of fantasy. The vast dangers lurking in the fantasy realm navigate a path to Earth, becoming a threat and it’s up to Dirk (Barnett)and the gang to stop them in their tracks. But first – they need to find each other… Everything and everyone continues to be connected… from the sterile chambers of the government organization Blackwing to the sleepy town of Bergsberg and the magical land of Wendimoor. After a few misfires, Dirk Gently steadily finds his footing on the new case to “find The Boy”, and with the help of his friends, makes the necessary connections to solve the mystery before it’s too late.

Episode 1: Space Rabbit
Todd and Farah are on the run from the law, heading to small town Bergsberg, Montana in search of Dirk. Mysteriously, Bart’s search for Ken takes her to the same small town, where odd, unexplainable events are starting to take place.

Run Time: 41 min,32 sec
Rating: 3 out of 5 stars
Comments: Beautiful narration and a magical opening scene.
The sword fighting is well done.
Dirk finds himself a prisoner and being tested. His friends all seem weirder than he is. If you have not watched season one you will be a bit lost on who is who and what is going on.
Why does Todd have bugs come out of him?
Everyone is strange in some way on this show.
Dirk is not shown or used enough in this episode.
The show just keeps getting weirder as it goes on but nothing is explained. Why are these things happening?
Wow, this has to be the weirdest show ever made.

Episode 2: Fans of Wet Circles
Dirk, Todd, and Farah are happily reunited and begin to investigate what Dirk believes is the case. They follow strange clues and discover the body in the car that fell out of the tree connects to one of Sheriff Hobbs’ cold cases, which concerns a missing couple and their missing son.

Run Time: 41 min, 18 sec
Rating: 3 out of 5 stars
Comments: This episode starts out in the past in medieval times. Then goes to the present. Why?
Who are the people after Dirk? What is their purpose? They are shown as very incompetent. What is up with the guy in the taxi?
One woman has a magic wand and she is a deserving person. It is wonderful to see her having fun and being happy.
Dirk, Todd, and Farah are together here. While the other two are doing dangerous things.
The Sheriff and his gorgeous deputy are a little crazy, well maybe a lot crazy.
This show combines both magic and sci-fi and all kinds of weirdness.

Episode 3: Two Broken Fingers
While investigating the 40-year-old case of the two dead bodies, Dirk and the gang are surprisingly joined by Bart who relays that she was assaulted and spins the case in a new direction – an investigation into Suzie Boreton. Elsewhere, Amanda attempts to follow the clues from her visions, unaware that Blackwing is closing in.

Run Time: 41 min, 20 sec
Rating: 3 out of 5 stars
Comments: Three of the team find a body in a tree and along with two cops start investigating it.
A killer girl shows up and she has a cool accent. She also looks crazy.
All the people are weird acting and looking.
Then from the past pink haired gay guy is in the present, how?
Who is the boy Dirk is looking for?
It would be nice to have some explanations.
Vogel and the psychic girl are such a strange grouping. Both are so strange that they actually seem right to be working together. What is up with Vogel shooting energy out of his mouth? Then the expected happens.

Episode 4: The House Within a House
As our team’s investigation leads to a startling discovery in the long-abandoned Cardenas homestead, Bart and Panto forge an unlikely and unusual relationship. In Wendimoor, Amanda takes steps towards understanding the powers that are hidden within her. Meanwhile, in Blackwing, Ken continues to undermine Friedkin.

Run Time: 41 min, 46 sec
Rating: 3 out of 5 stars
Comments: In the past swords and really big scissors, weird. Vogel and the psychic girl somehow end up in the past which may not be the past but another world in another dimension. Things are getting stranger.
Blackwing finally is named and explained a little. It is a top-secret government agency. It holds and experiments on people with powers.
Dirk Gently fell down a hole in a house and into a house within the house. A monster lives in the house within a house. It’s a one-eyed flying purple people eater. It’s a cute scene and of course most strange.
Todd and Amanda share a moment. What happens though is not explained.
The other alternate reality world is intruding on the real one.

Episode 5: Shapes and Colors
The case seems to take a major turn when Arnold, the adult son of the dead Cardenas couple, shows up. Meanwhile, Amanda is led to a mystical coven in the woods of Wendimoor led by the forest witch Wakti Wapnasi, where she begins to master the unique powers she first experienced in Bergsberg.

Run Time: 41 min, 53 sec
Rating: 4 out of 5 stars
Comments: Farah becomes a cop so she gets to live her dream as she helps the local authorities. Farah does make a great cop. She is wanted by the FBI and she is now a cop. Weird show and so many very strange things happen in it.
Who is that weird looking woman Amanda talks to and gets advice from? The Woodwitch wow they actually tell you.
Munchkin clowns a nightmare come true. They actually teamed up with the punk rock vampires.
Aw, poor Sheriff, he meets a wizard.
The more you learn about the characters the more you care about what happens to them and the world or worlds they live in. 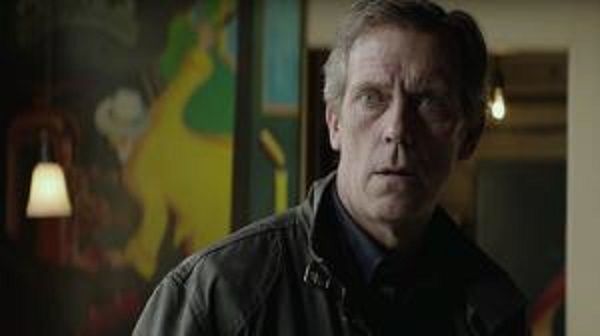 Episode 6: Girl Power
As we grow closer to an answer about the case and the identity of “The Boy”, our villains converge to stop our heroes with a shocking outcome.

Run Time: 41 min, 52 sec
Rating: 3 out of 5 stars
Comments: Our two magic wand wielders are dangerous. Suzie is threatening our heroes. Suzie does have one evil sounding threatening voice.
The three punk vampires are now following Amanda’s lead. They owe her a debt.
Dirk Gently overreacts as he thinks he has solved the case of the missing boy. Which missing boy?
The action picks up here lots of magic and bullets flying.
So everyone is off to another dimension.